MUSKEGON TOWNSHIP – When it comes fighting for a playoff berth, it’s not supposed to be easy.

That was the case for the Reeths-Puffer football team on Friday, when the Rockets fought hard to pull out a 21-7 victory over the Trojans on their home field and keep their playoff hopes alive.

Reeths-Puffer is now 5-3 overall, and will need to defeat Kenowa Hills in its final regular season game next Friday to earn a playoff berth.

The Rockets have now won two straight games, after losing three in a row earlier in the season.

“We’re closer to our goal,” said Reeths-Puffer Coach Kyle Jewett about his team’s determined effort to get the necessary six wins. “I’m proud of our kids for taking this one week at a time. We took care of business last week, and more adversity this week. Just proud of the way our kids played.” 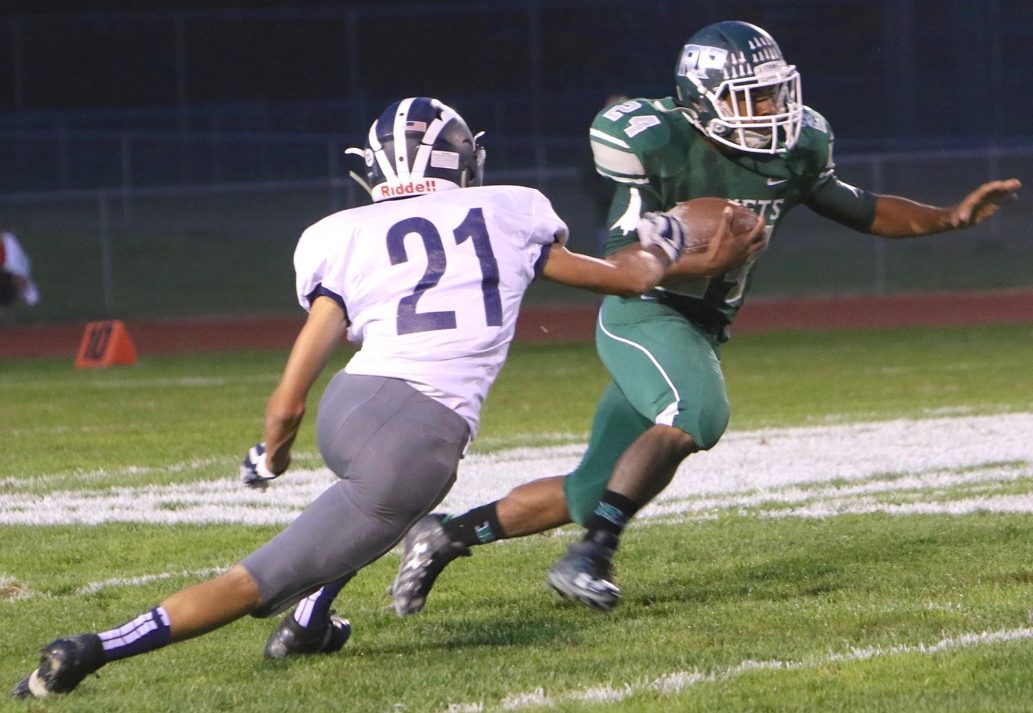 Reeths-Puffer started the fourth quarter leading 15-7 and had the ball at the Fruitport five-yard line.

The Rockets’ Nicholas Dailey plunged inside the five-yard line, but fumbled and the Trojans recovered.

Fruitport gained two first downs but had to punt the ball back to the Rockets with 7:40 remaining.

Reeths-Puffer ran the clock down to 2:04 before punting, giving Fruitport one last chance.

After a two-yard run by Dominic Colegrove, Fruitport faced second and eight from its own 12-yard line.

Quarterback Jakob Carlisle dropped back and threw to his left side, but the pass was picked off by Rocket defensive back Jalen Williams at the 17, and he returned it for a touchdown to nail down the victory.

Jewett expressed his pleasure with the Rocket defense, which held Fruitport to 175 total yards. 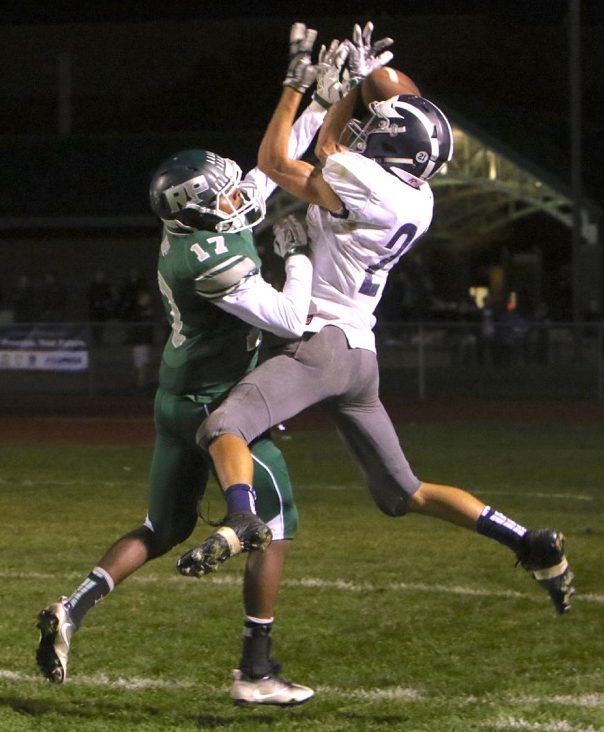 Reeths-Puffer’s No. 17 George Shane breaks up the Fruitport pass to No. 2 Jacob Miller. Photo/Joe Lane

“For our defense to just be stingy like that, and stop the run when they are struggling to pass (in the rain), they just played outstanding.”

The defense was a huge part of Reeths-Puffer’s success story on Friday night.

After a 0-0 first quarter, Reeths-Puffer turned the ball over on downs at the Fruitport three-yard line with 10:32 left in the second quarter.

Carlisle started the Trojan drive by rolling to his right, but Reeths-Puffer’s TJ Waters brought him down in his own end-zone for a safety, giving the Rockets a 2-0 lead.

Reeths-Puffer drove 66 yards in four plays on the ensuing drive. Daven Fox found the end zone from 17 yards out to put the Rockets up 8-0 with 8:45 left in the second quarter.

Reeths-Puffer scored again on its next possession.

Facing a fourth down, Rocket quarterback Evan Moskwa dropped back and found Fox for an 18-yard touchdown pass to make the score 15-0 at halftime.

The lone Fruitport touchdown came late in the third quarter when Carlisle capped off an 11-play, 74-yard drive with a 17-yard rushing touchdown. 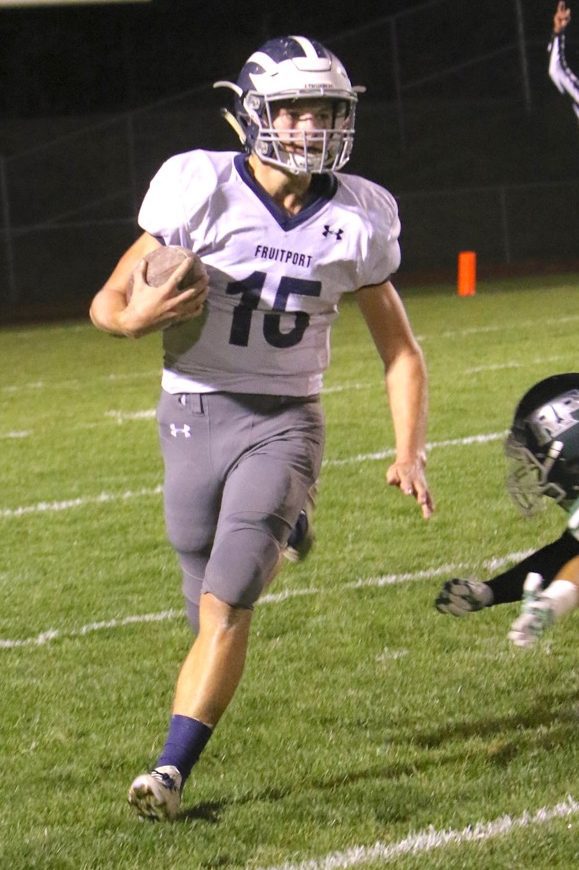 Both teams struggled to move the ball in the rain in the second half. The Williams pick-six was the lone score of the fourth quarter.

Fox, a sophomore, wasn’t on the Rocket team that finished 4-5 last year, but he’s hopeful he can help his squad reach the postseason for the first time since 2013.

“It means a lot, I want to get to the playoffs, I’m playing with my heart, and I know my team is too, which showed tonight,” Fox said. “I just want to help out the best I can.”

Moskwa finished with 139 rushing yards on 13 attempts while Dailey added 89 yards on 20 carries. Logan Delong had an interception for the Puffer defense.

Fruitport, now 2-6 overall, was led by Parker Tawney with 71 yards on 12 carries while Carlisle added 31 rushing yards and 49 passing yards. 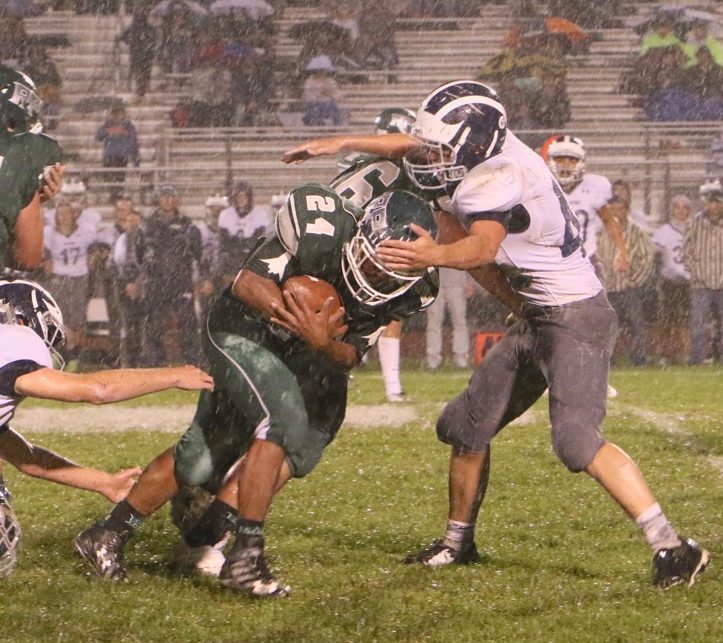 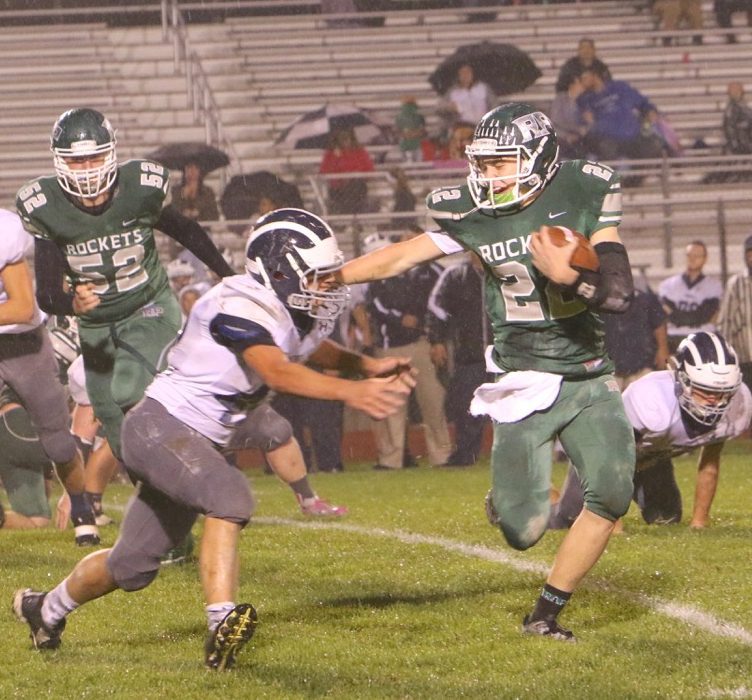 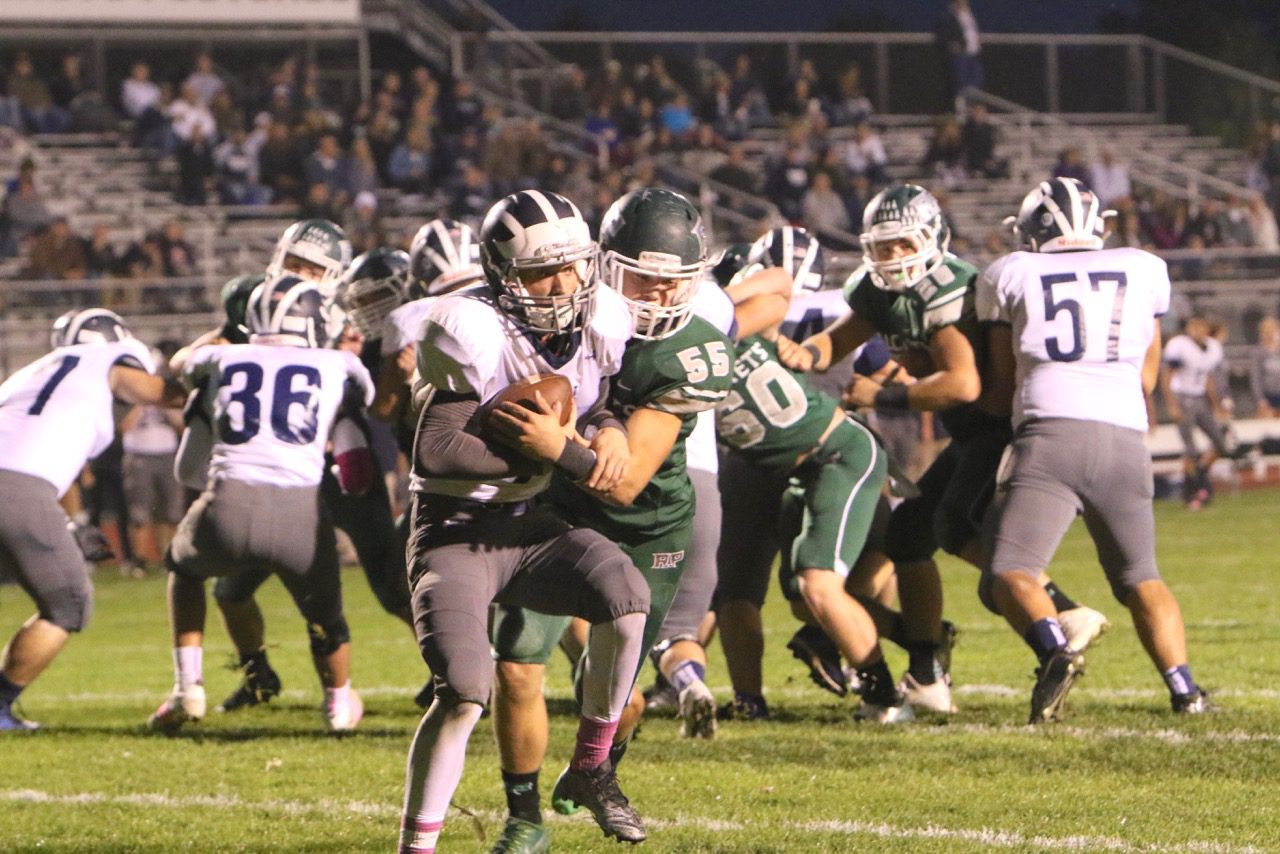