The West Michigan Whitecaps opened up their three game series in South Bend on Monday with a 4-2 victory. The win also came for the Whitecaps against Chicago Cubs pitcher Yu Darvish who is rehabbing in South Bend.

Joey Morgan gave the Whitecaps a 1-0 lead in the third inning when he homered to left field off of Darvish. Morgan has now hit three home runs on the year.

South Bend however responded in the fifth inning, tying the game at 1-1 when Miguel Amaya doubled home Roberto Caro.

Darvish exited the game after the fifth, giving up one earned run while striking out five.

South Bend’s Amaya added another RBI in the seventh inning when he singled home Austin Filiere to give the Cubs a 2-1 lead.

The Whitecaps responded with a three-run eighth inning led off by Jose Azocar who singled home Brock Deathrage. The Whitecaps added two more runs later in the inning when Azocar and Eric De La Rosa both scored on a South Bend error.

Azocar and Anthony Pereira each had two hits to lead the Whitecaps offense while Azocar and Morgan each added an RBI.

Whitecaps starter Tom de Blok allowed one run on six hits while striking out five in six innings of work. Reliever Felix Viloria notched the win, allowing one run on four hits in 1 and 1/3 innings.

The Whitecaps are now 39-36 overall and 3-2 in the second half, two games behind Lansing in the Midwest League Eastern Division.

The Cubs and Whitecaps will continue their series at 7:05 p.m. Tuesday. 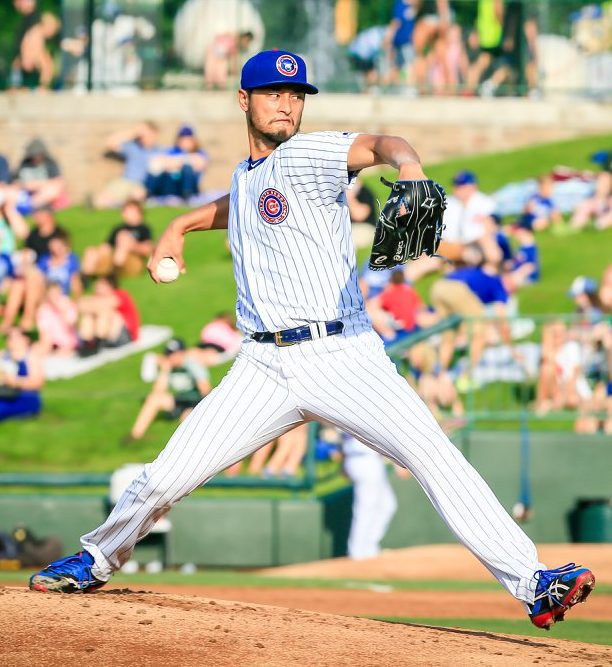 Yu Darvish delivers the pitch for South Bend. The Chicago Cubs ace was on the mound for his first start in rehab after being hampered by tendinitis in his right-triceps back on May 20. Photo/Tim Reilly 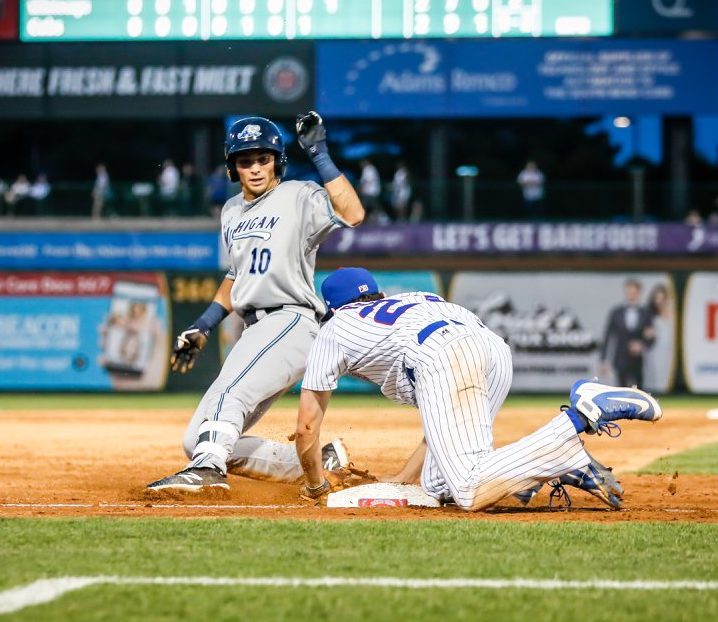 West Michigan’s No. 10 Garrett McCain tries to avoid the tag at first base. Photo/Tim Reilly 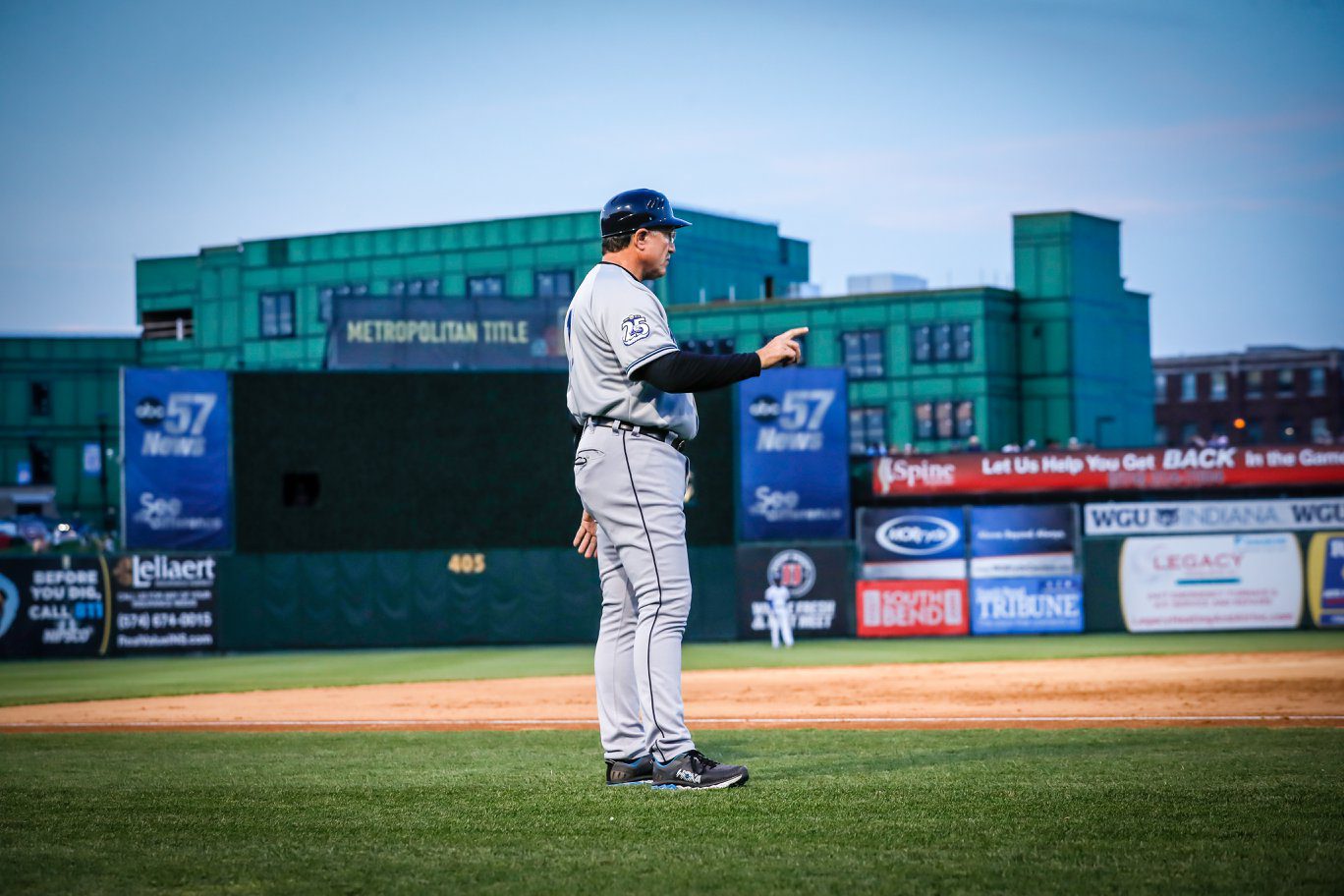 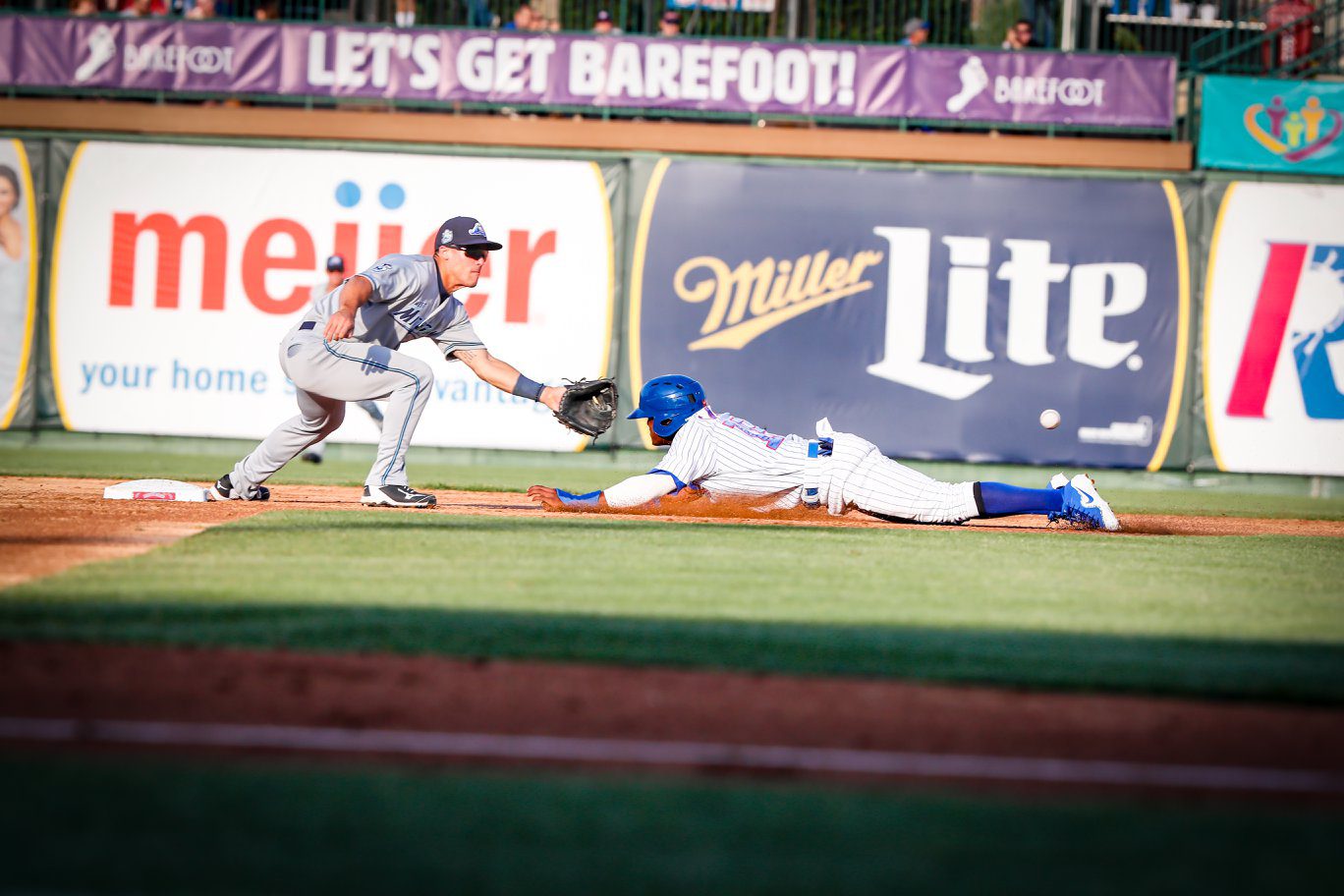 Brady Policelli looks to make the catch and tag at second base for the Whitecaps. Photo/Tim Reilly 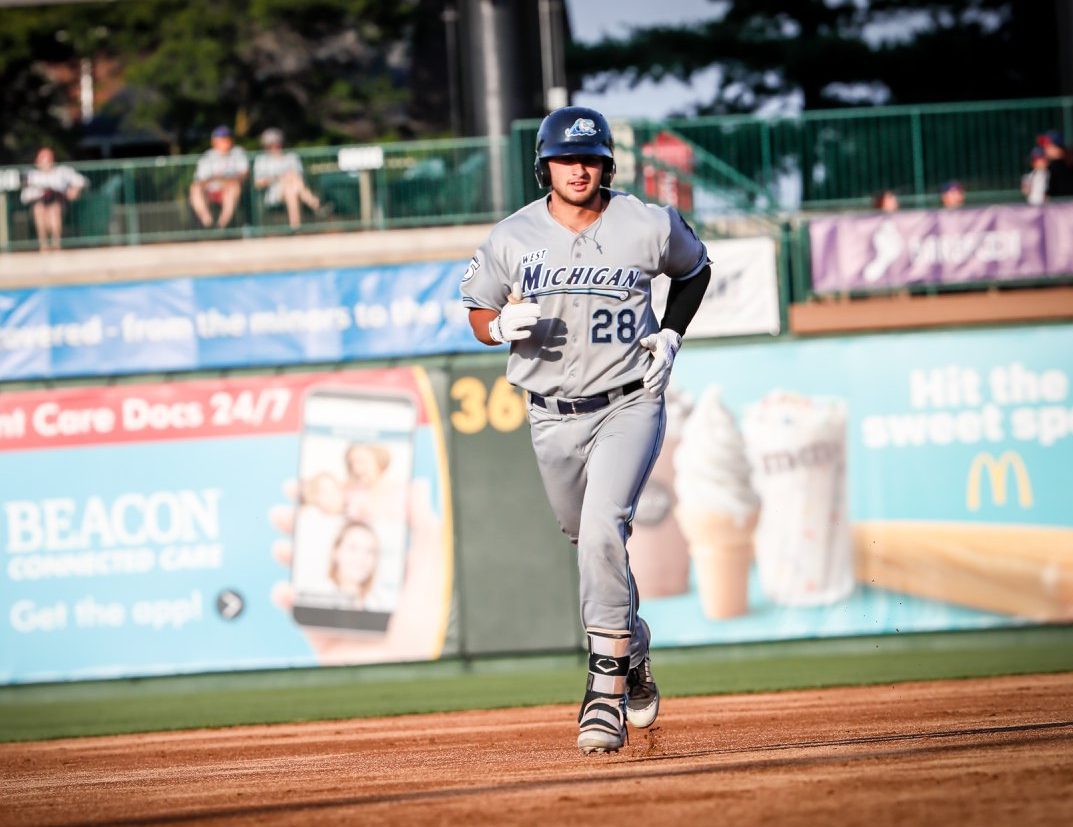 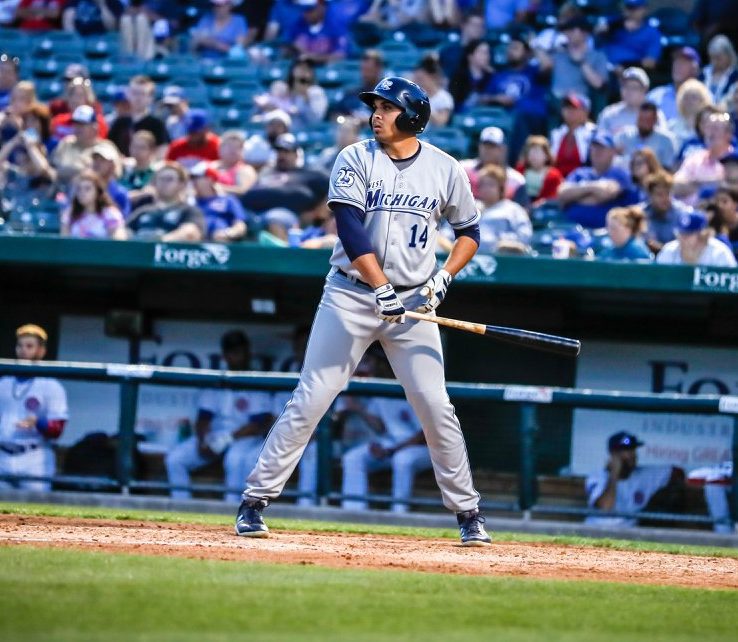