I’m not sure why I’m so excited about another season of LSJ Gridiron Picks.

I guess it’s because I’m eager for a chance to redeem myself.

The fact is that I’m older (at least by a year or two) than the rest of the LSJ staff, and have therefore watched a few more prep football games than my colleagues over the years.

Yet I finished dead last – sixth out of six – in the overall pick standings last season.

Not to offer excuses, but when I was making my picks last fall, I sometimes purposefully predicted upsets that were not likely to happen. That’s because, in recent years, there has been a little too much  predictability on the local prep football scene.

The great local teams we’re so proud of – Muskegon, Mona Shores, Muskegon Catholic, among others – have remained great, while a lot of others have continued to struggle.

And there have been way too many blowouts. I can only take so many 52-0 scores before I start to yawn. So I sometimes picked teams that I knew would probably not win, hoping that lightning might strike and a big underdog might stun us all.

But if my LSJ colleagues are correct, this year might be a bit different. There is quite a bit of disagreement over several interesting Week 1 matchups.

Shockingly, five of seven LSJ writers are picking Muskegon Catholic to lose its opener to Algonac this weekend. Last year MCC was usually a unanimous pick to win just about every game.

So here we go. LSJ’s Dave Tomczak will try to defend his overall title from 2017, while I try to at least move up in the standings. We welcome a new prep picker this year – Mitch Boatman – who has done great work for LSJ in recent years, and has earned his way on to the Gridiron Picks team. 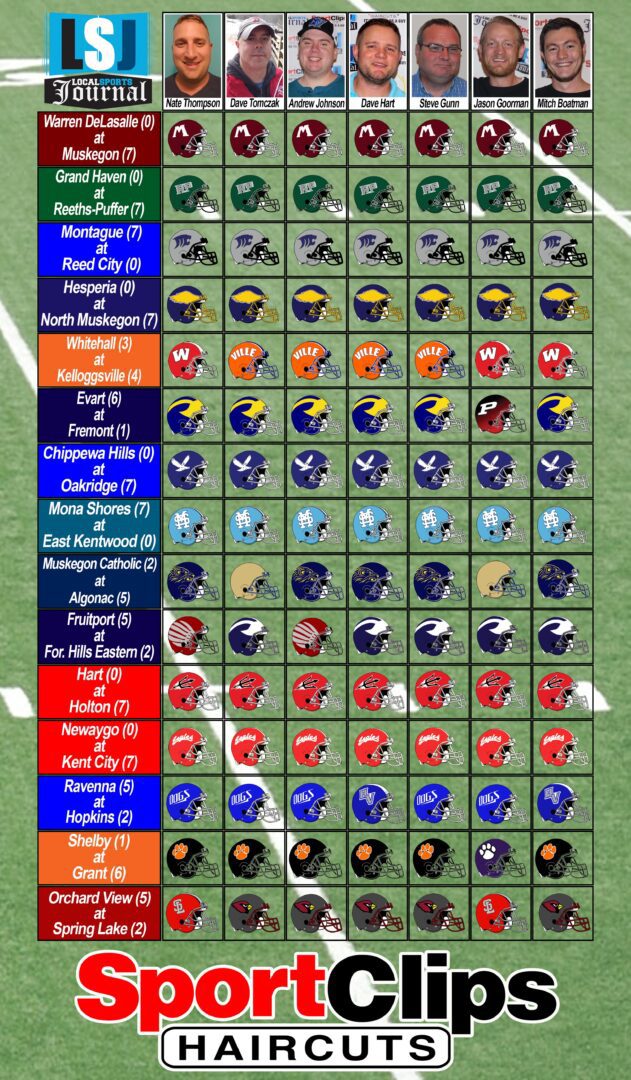