But the other Big Red girls can make those opponents pay, like they did on Friday against visiting Jenison.
Winston, the Big Reds’ dynamic senior point guard, did her thing with a game-high 26 points and four assists, but Muskegon also received big contributions from forward Dynasti Dowell and guard Brianna Alexander in their comfortable 63-48 victory over the Wildcats at Raymond-Potter Gymnasium.
Muskegon improves to 6-3 overall this season, and 4-0 in O-K Black Conference action. 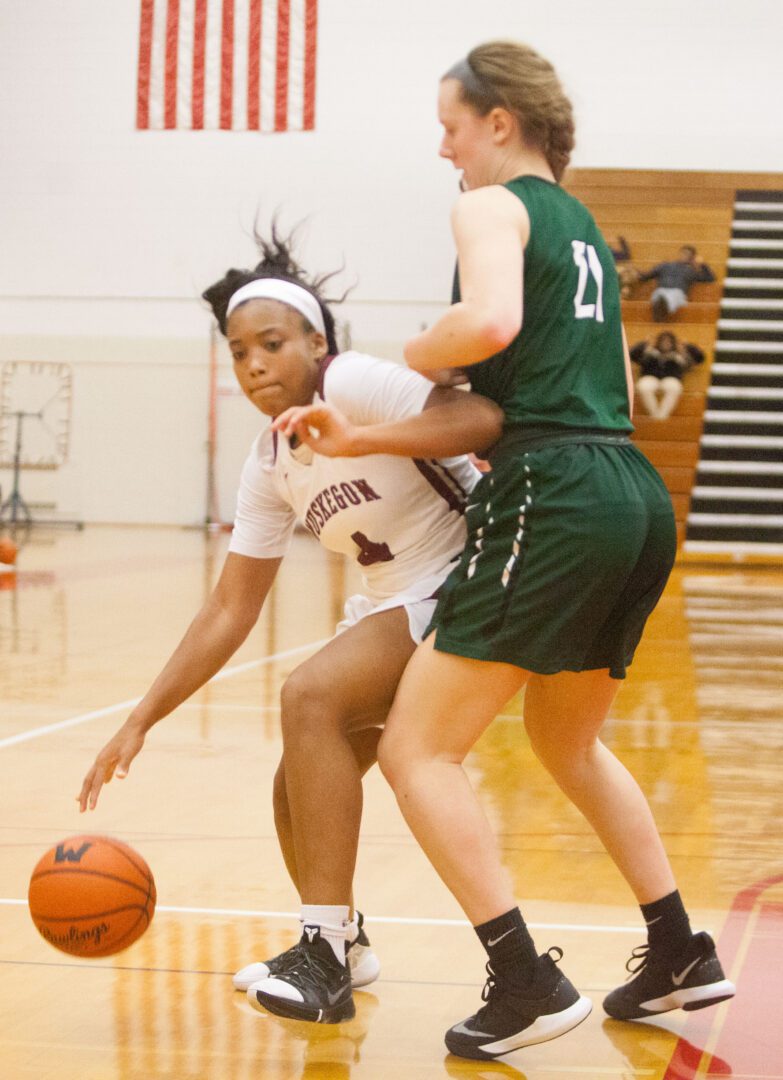 Nia Miskel looks to make the move from the post for Muskegon. Photo/Jason Goorman

Dowell and Alexander each scored 11, as the Big Reds erupted for 26 first-quarter points and connected on an impressive eight three-pointers, all in the first half.
“That was probably one of our best shooting games this season,” Walker said. “The first part of the season was such a tough schedule, and with it now evening out, we’re playing much more relaxed.
“When teams think of Muskegon, they think we’re a one-man team. But we’ve got some good balance. It helps Alyza be who she’s going to be.”
Dowell said the key to the offensive eruption was the Big Reds’ ability to drive and kick. Jenison routinely sagged its defense into the paint at an attempt to slow down lightning-quick drives from Winston, but that left Muskegon’s shooters with open looks from the outside.
“We were attacking and kicking it because (Jenison was) sagging back,” Dowell said. “So players like myself and my teammates Kailyn Nash and Brianna Alexander took advantage of that and we shot the ball very well.”
Alexander, the Big Reds’ pint-sized 5-foot-2 senior, had a trio of triples and 11 points overall in the first quarter, as Muskegon roared out to a 26-11 lead.
The offense didn’t cool down much in the second quarter, when Winston started to heat up from deep, and also was a pain for the Wildcats by driving into the paint. She had 18 points at the half, and Muskegon went to the locker room with a 41-24 advantage. 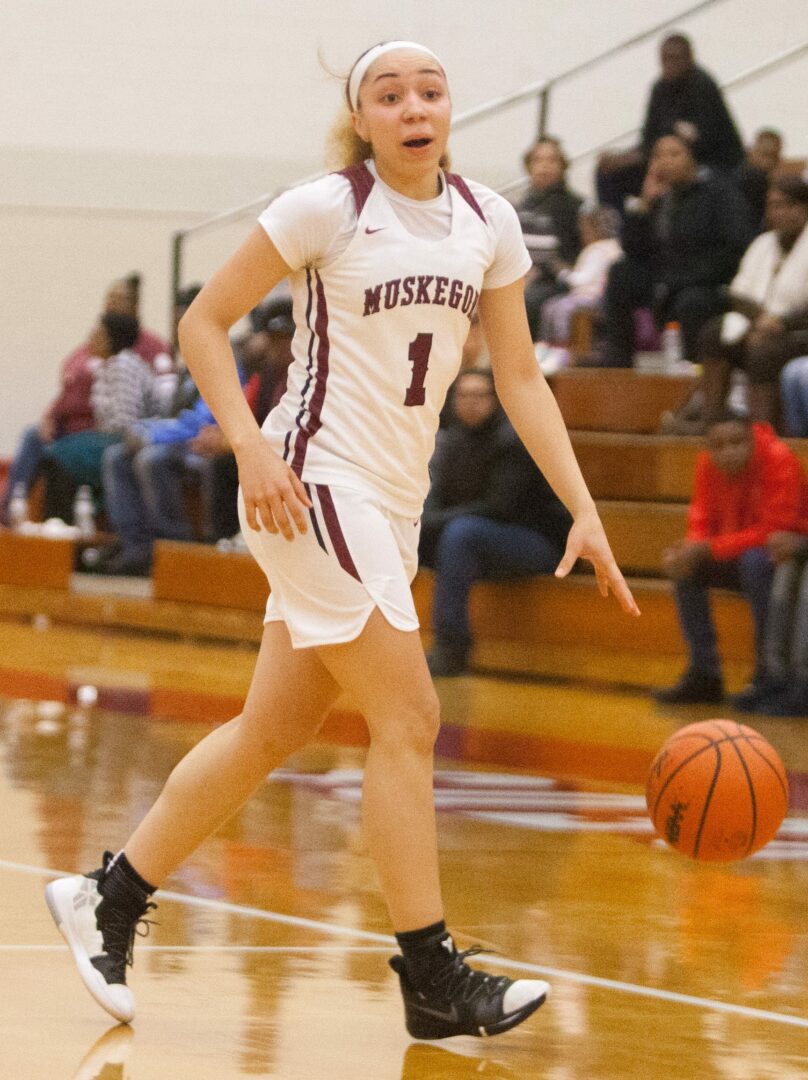 Alyza Winston sets up the play for Muskegon. Photo/Jason Goorman

A 10-2 Big Reds’ spurt midway through the third quarter officially put the game out of reach.
The Wildcats’ turnovers began to pile up, allowing for some easy Big Red finishes. The sweetest was a full-court dish from Dowell to Winston for sweeping layup and a 51-30 lead with 3:31 left in the third.
Walker’s only gripe on his team’s performance was its post defense.
The Wildcats feature sophomore center Ally VanTimmeren, one of the highest-rated players in the state in her class, and she finished with 13 points for 4-5 Jenison.
Nia Miskell grabbed eight rebounds for the Big Reds, while DeShonna Day contributed seven points, three rebounds, two steals and two assists. 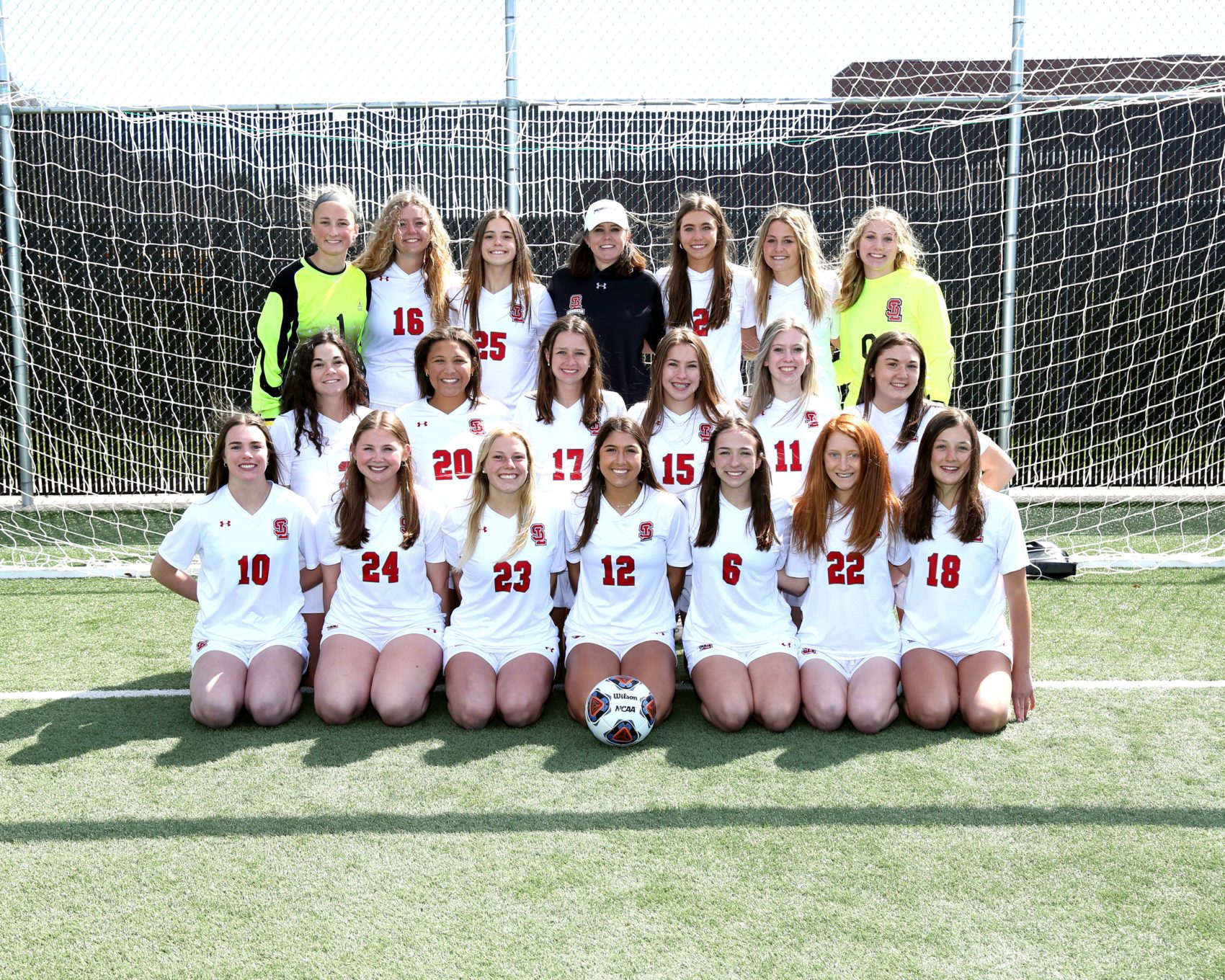