MUSKEGON – The Muskegon Lumberjacks have a two-game winning streak.

On the surface, that may not seem surprising for a team that’s been dominant for most of the season, and has been running away from the pack in the USHL’s Eastern Conference standings.

But the Jacks haven’t been quite so dominant in recent weeks. They are only 7-5-1 in 2019, and have had to work hard for most of their wins.

That was certainly true this weekend. On Friday they built an early three-goal lead against the Central Illinois Flying Aces, then had to hold on for a 4-3 victory. 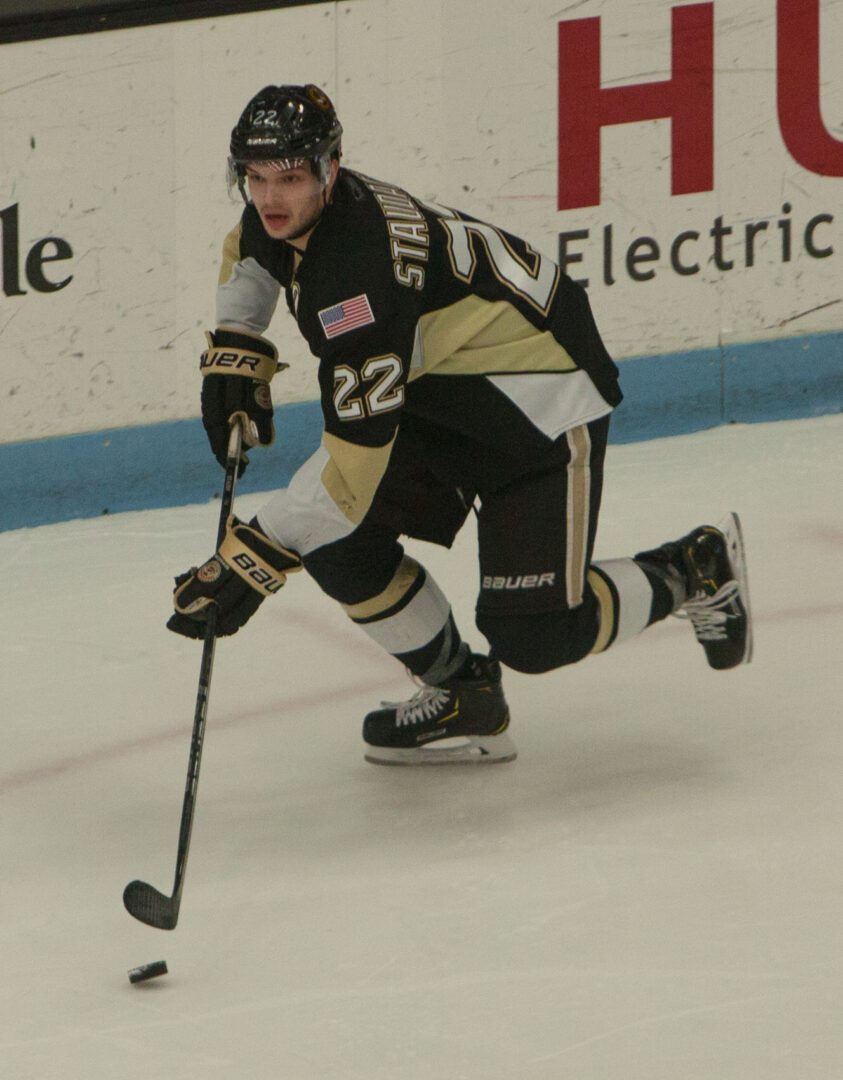 On Saturday, in a rematch against the Flying Aces, the Jacks jumped out to a two-goal lead, allowed Central Illinois to tie the game in a penalty-marred second period, then scored three times in the third to complete the weekend sweep with a 5-2 victory in front of 2,771 fans at L.C. Walker Arena.

The two-game winning streak is only the Jacks’ second since Jan. 1. The Jacks are now 30-9-3 on the season and remain in first place in the Eastern Conference with at least a 10-point lead over the second-place Chicago Steel, who they will visit next Friday.

Lumberjacks Coach Mike Hamilton admitted that opponents have been working extra hard against his team in recent weeks, with the goal of knocking off a first-place squad.

“It’s unrealistic to think you are going to keep the pace up that you had to start,” Hamilton said. “We also had some tough road swings. You are going to get their best goalies and systems.”

Muskegon went up 2-0 when Alex Yakovenko scored his 17th goal of the season at 3:38 of the second period.

But the lead evaporated over the rest of the second period, when Muskegon was whistled for four straight penalties within nine minutes, allowing Central Illinois to score two power-goals and tie the game 2-2 at the second intermission. 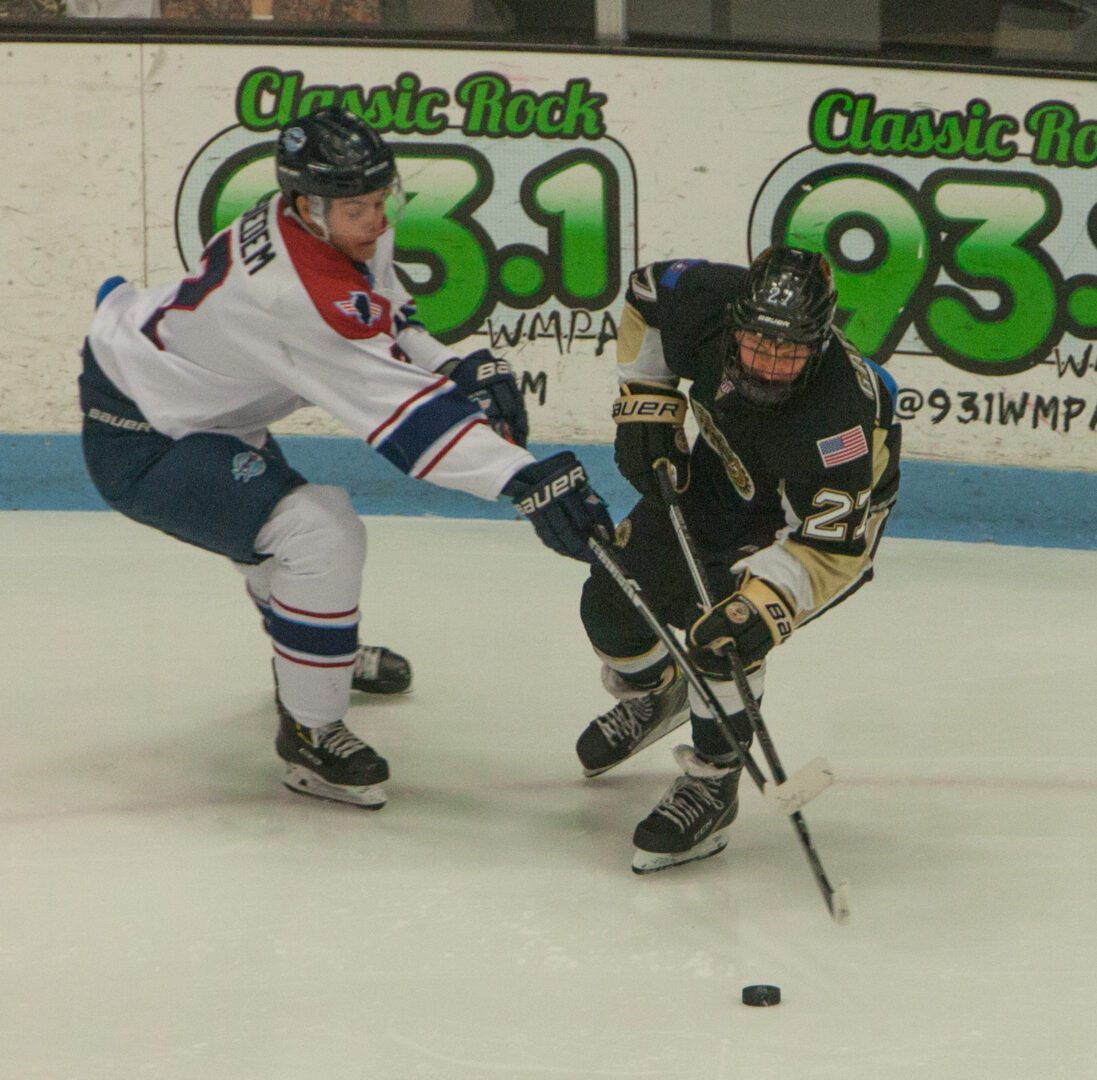 Scoring for Central Illinois were Connor Mayer and Trevor Janicke.

“That was undisciplined on our part,” Hamilton said about the sudden rash of penalties. “The good part was, we let them back in, and then in the third period we shut them back down.”

The Jacks pulled themselves together when it mattered, scoring three goals in the third period to ice the win.

The game-winner came from forward Ryan Savage, who was recently acquired in a trade with the Omaha Lancers. He skated in front of the net in a crowd, had a shot blocked, then quickly got his own rebound and poked it past Central Illinois goalie Ryan Snowden at the 3:58 mark.

The Jacks made it 4-2 at the 13:18 mark when another newcomer – Max Ellis, who was recently acquired from the Lincoln Stars – picked up a loose puck sitting a few feet in front of the net and popped it in.

Muskegon finished the scoring with an open-net goal by Egor Afanasyev with 1:55 left in the game.

Hamilton was pleased with the well-timed goals by the two new players.

“They are good hockey players,” the coach said. “We knew what we were getting when we got them. We added good pieces to the puzzle, and it’s good to see every day they are getting more comfortable in our system.”

Ryan McInchak, usually the Lumberjacks’ backup goalie, got the start and made 28 saves to improve his record to 5-0 on the season.

Bobby Lynch and Oliver MacDonald each had two assists for the Lumberjacks. 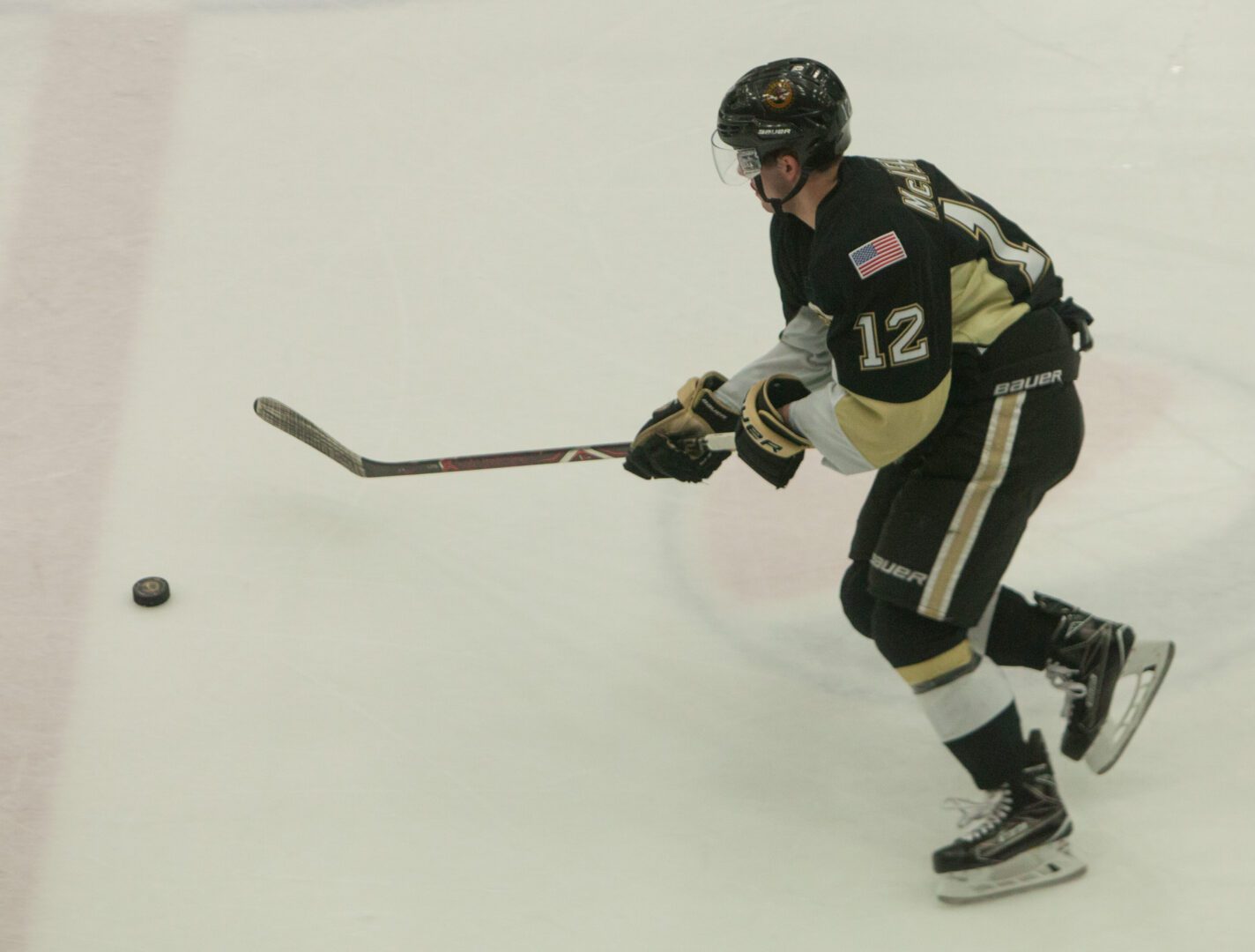 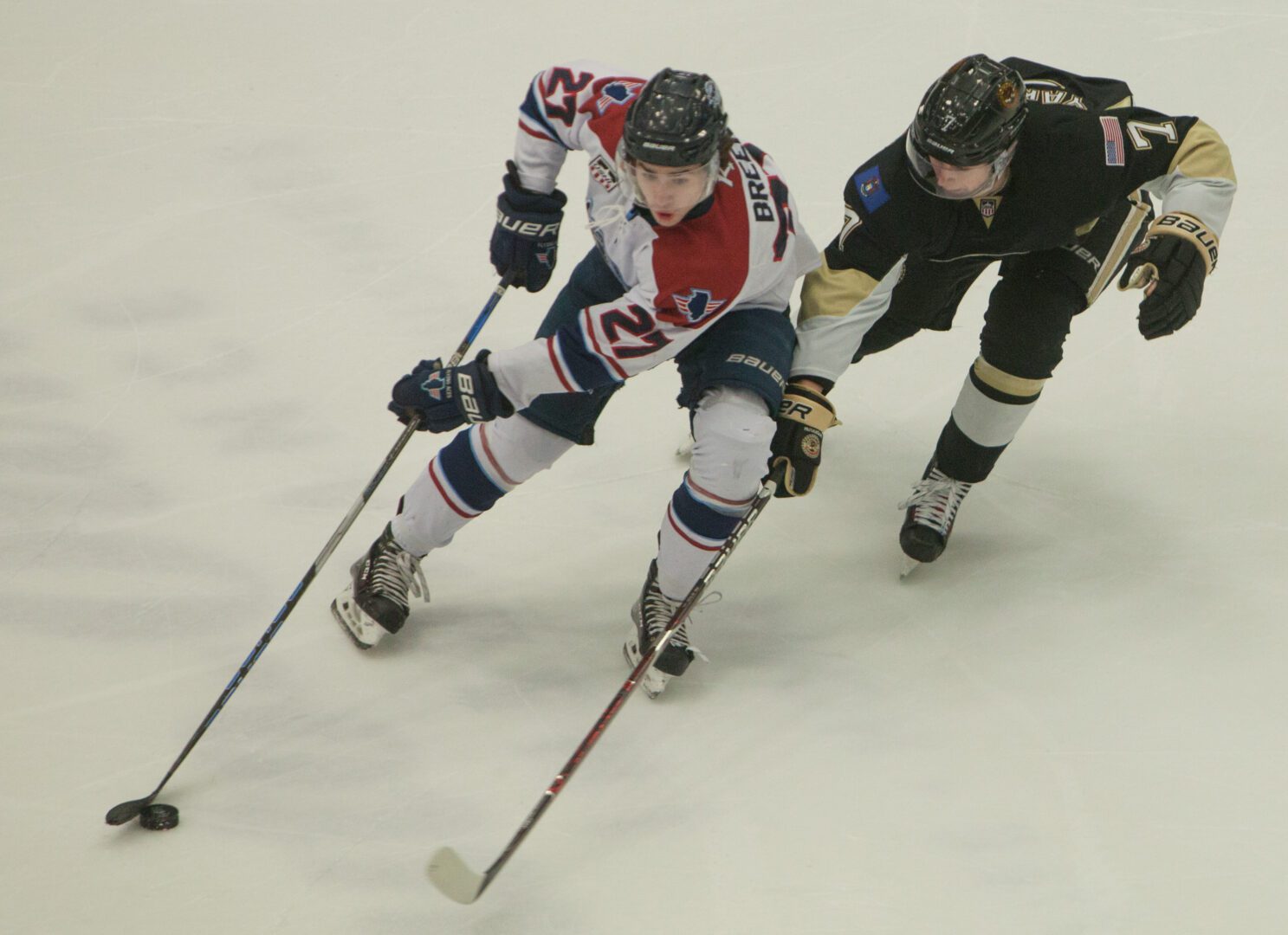 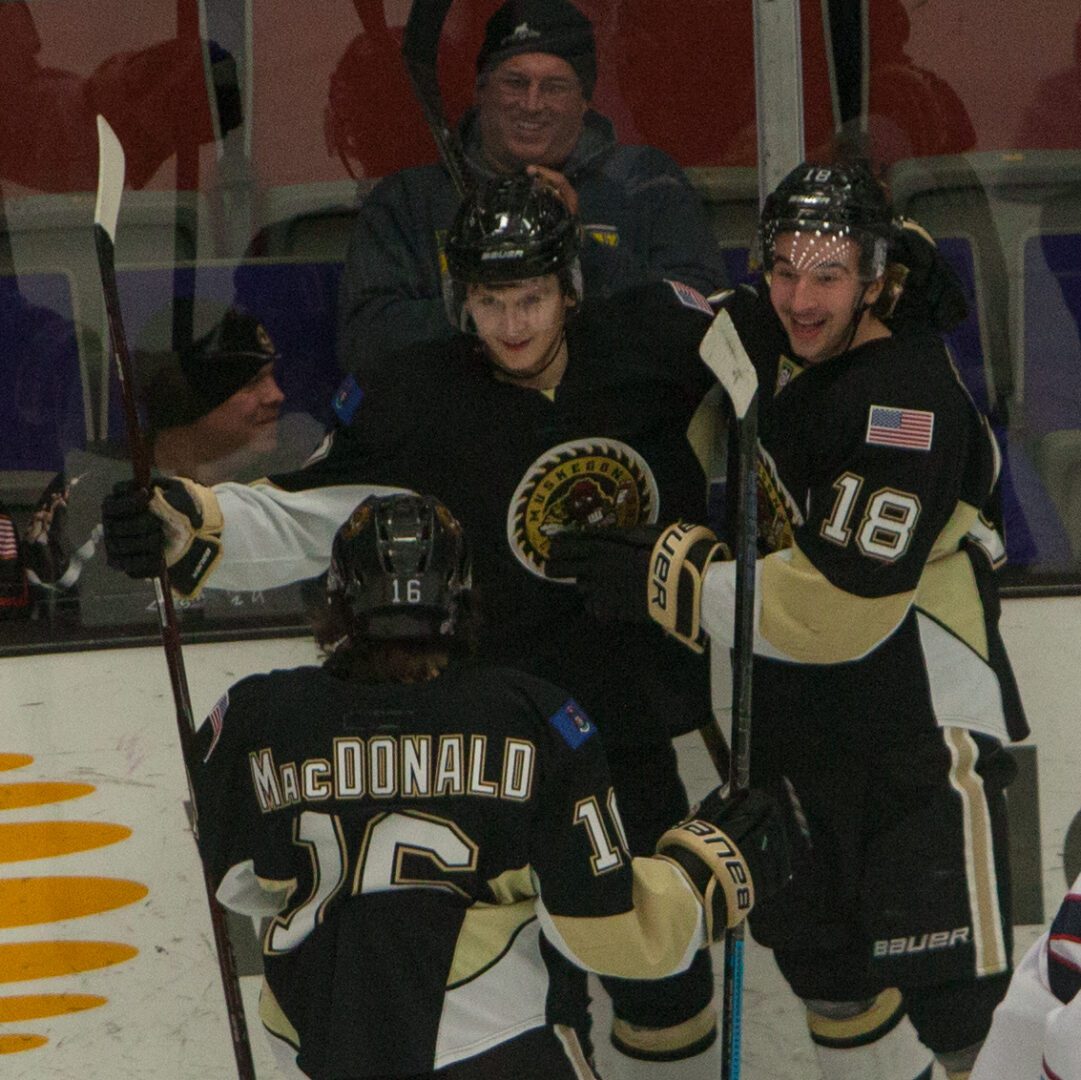 Yakovenko celebrates his goal with No. 18 Cam Knuble and No. 16 Oliver MacDonald. Photo/Jason Goorman 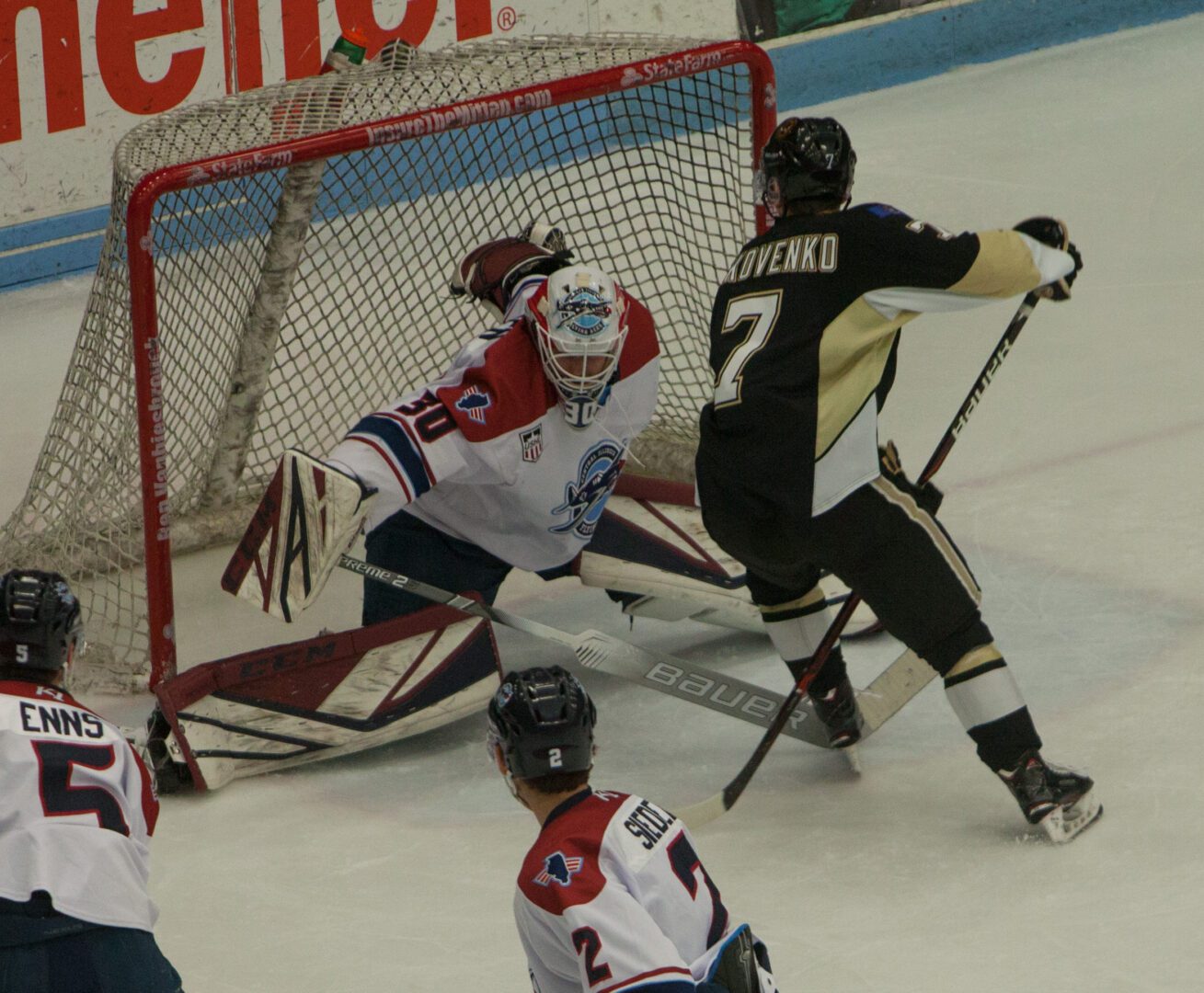