GRAND HAVEN – Something about the postseason brings out an extra burst of energy for the Muskegon Big Reds. 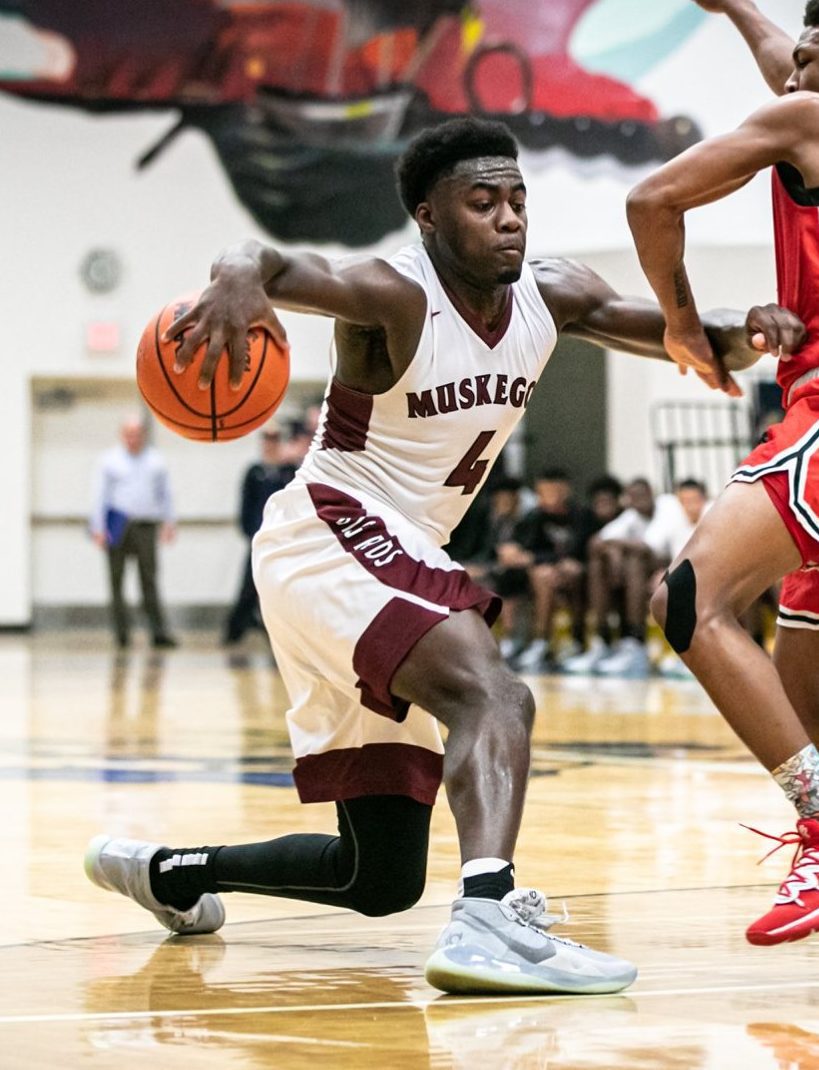 Not that they were bad, by any stretch of the imagination, during the regular season, when they posted a sparking 18-2 record and won a conference championship.

But they played Grand Rapids Union twice in the regular season, winning by seven points and 10 points.

On Monday they met the Red Hawks for a third time, in the opening game of the Division 1 district tournament at Grand Haven High School, and crushed them 74-44.

The Big Reds, who are gunning for their eighth straight district title, will play Grand Rapids Kenowa Hills on Wednesday in the semifinal round at Grand Haven, with the winner advancing to Friday’s championship game.

“I am proud of our guys,” said Big Reds coach Keith Guy. “Union first of all is a good program, and we were concerned about this matchup. But our guys are starting to play a lot better. We knuckled down during the second and third quarters. I think this team has a chance to go all the way. I have a lot of confidence in my guys.”

Muskegon displayed its depth on Monday with 10 players scoring at least one point in the contest. 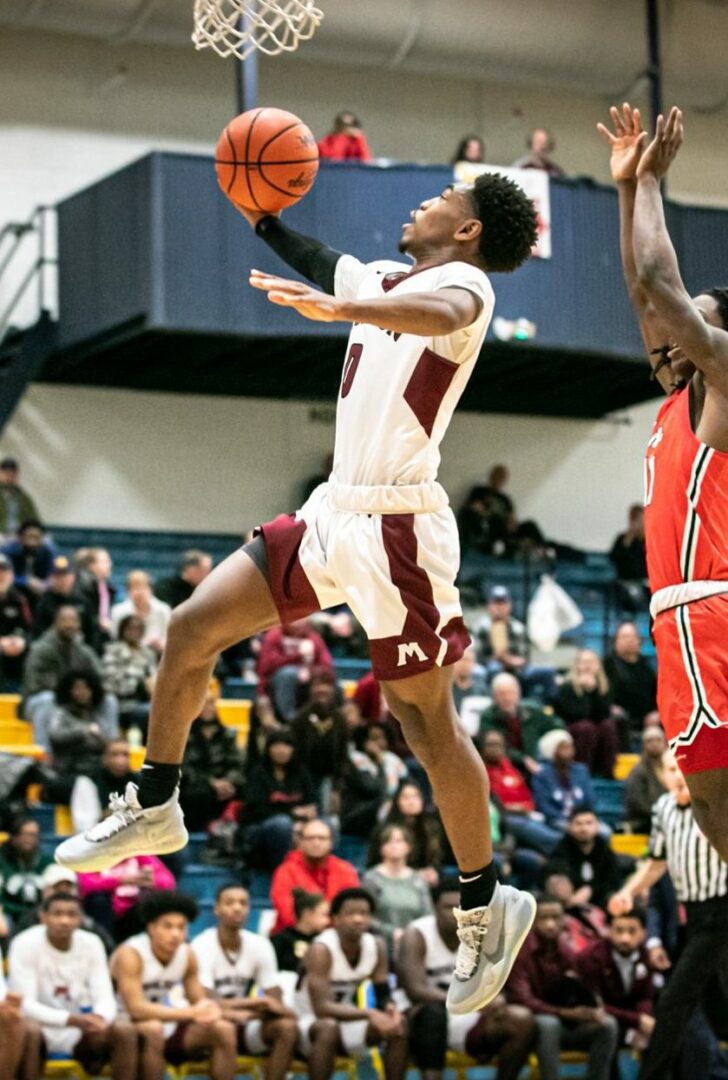 The Big Reds’ Vern Nash glides in for the layup. Photo/Tim Reilly

“We are built on balance,” said Guy. “A lot of people think it’s just Jarvis (Walker) and Vern (Nash), but we have a lot of guys that can do a lot of things in that locker room.”

Muskegon got off to a slow start in the game, trailing 7-4 with 4:37 remaining in the first quarter, but then closed out strong, outscoring Union 13-5 to take a 17-12 lead at the first break.

Walker scored nine first-quarter points for the Big Reds while Roberts had five.

The Big Reds maintained their advantage in the second quarter, but allowed Union to cut the deficit to 26-24 with 1:26  left in the first half. Muskegon then finished the half strong, scoring the final six points to take a 32-24 halftime lead.

The Big Reds started pulling away in the third quarter, outscoring Union by a 17-6 margin to increase their lead to 49-30 heading into the fourth. Seven different Big Reds scored in the third, led by Walker with four.

Muskegon did not let its foot off the gas in the fourth quarter, pouring in 25 points while allowing just 14.  Eight different Big Reds scored in the final frame, led by Nash with seven points. 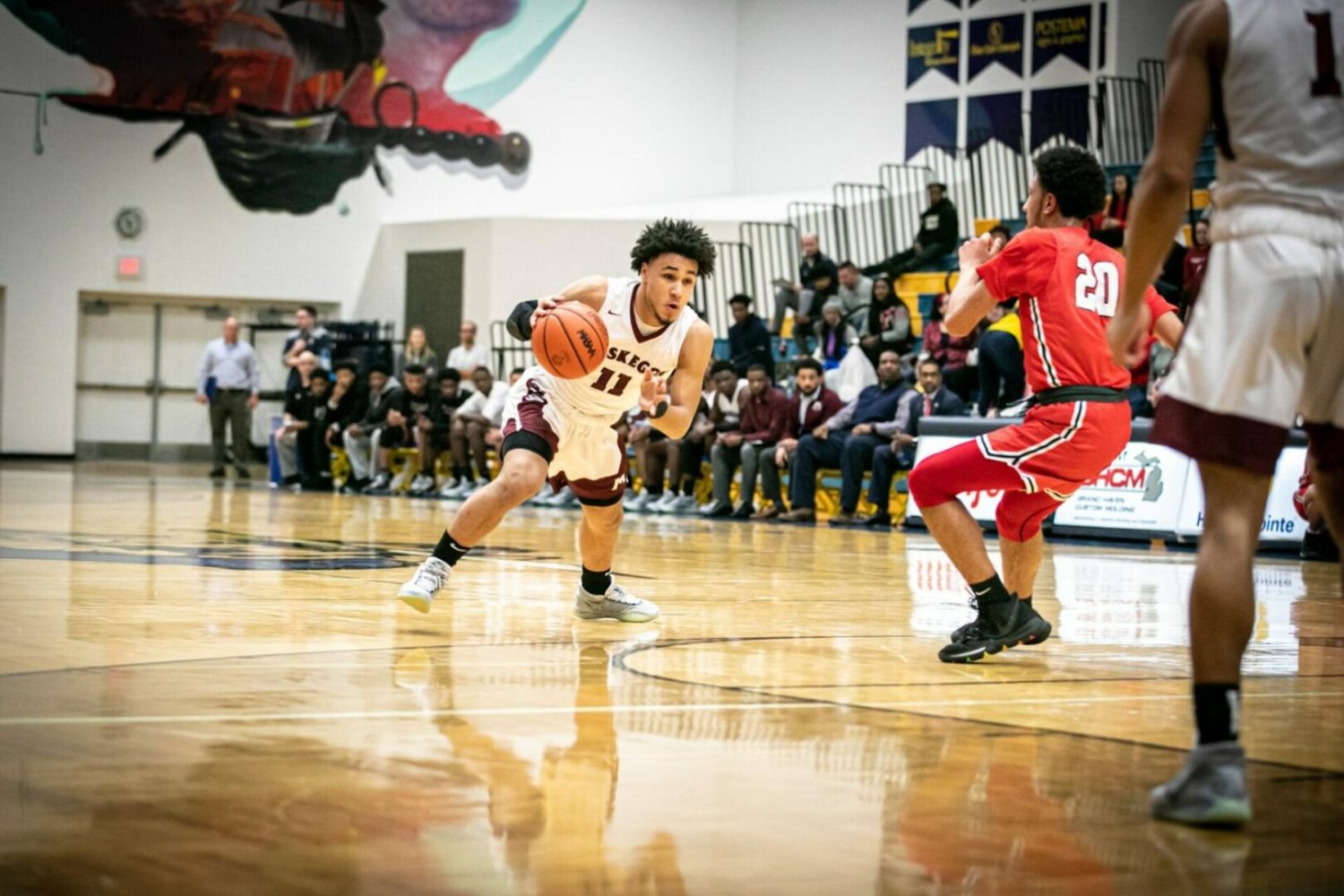 Quentin Reynolds leans in to make a move for Muskegon. Photo/Tim Reilly 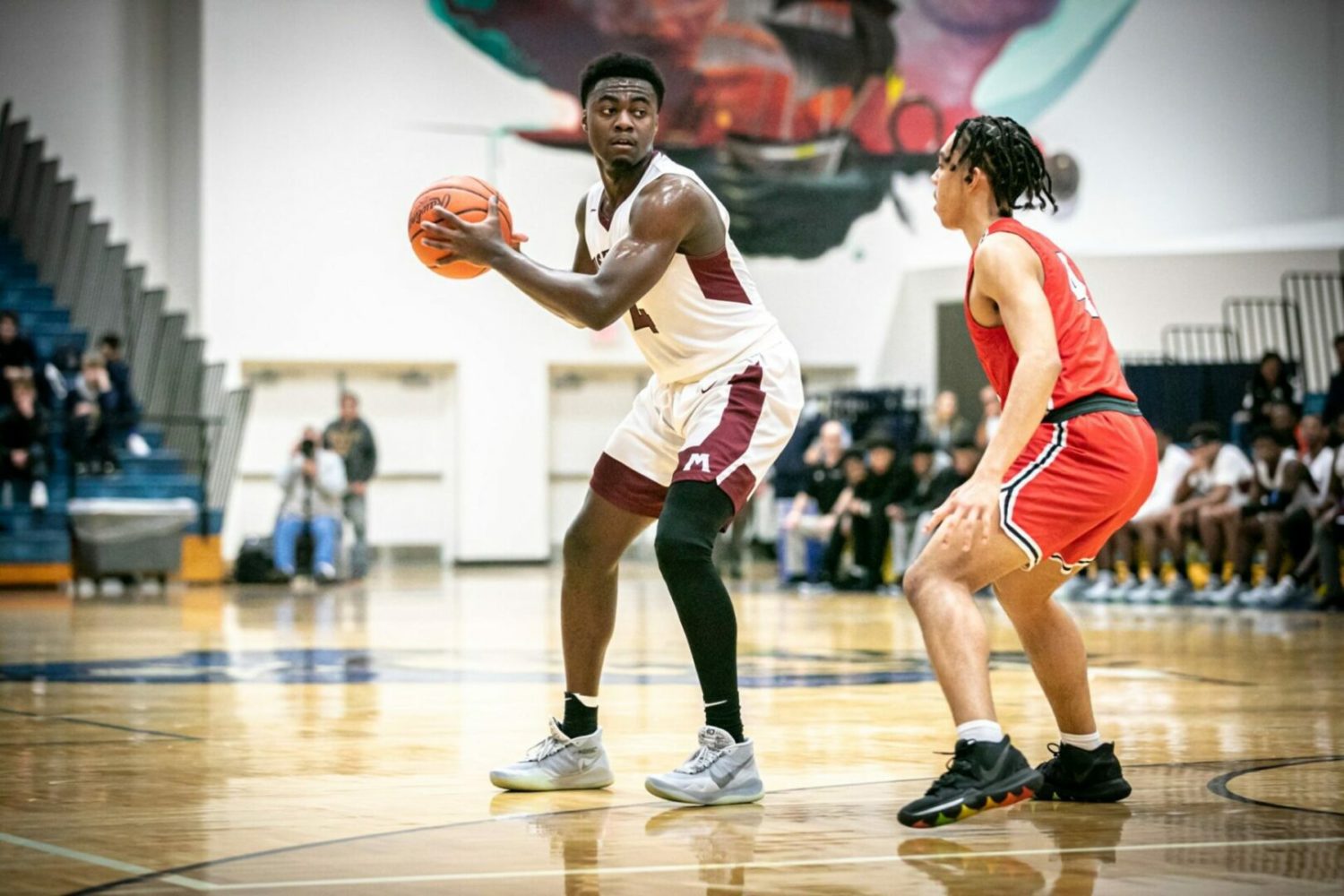 Jarvis Walker stands near the top of the key for Muskegon. Photo/Tim Reilly 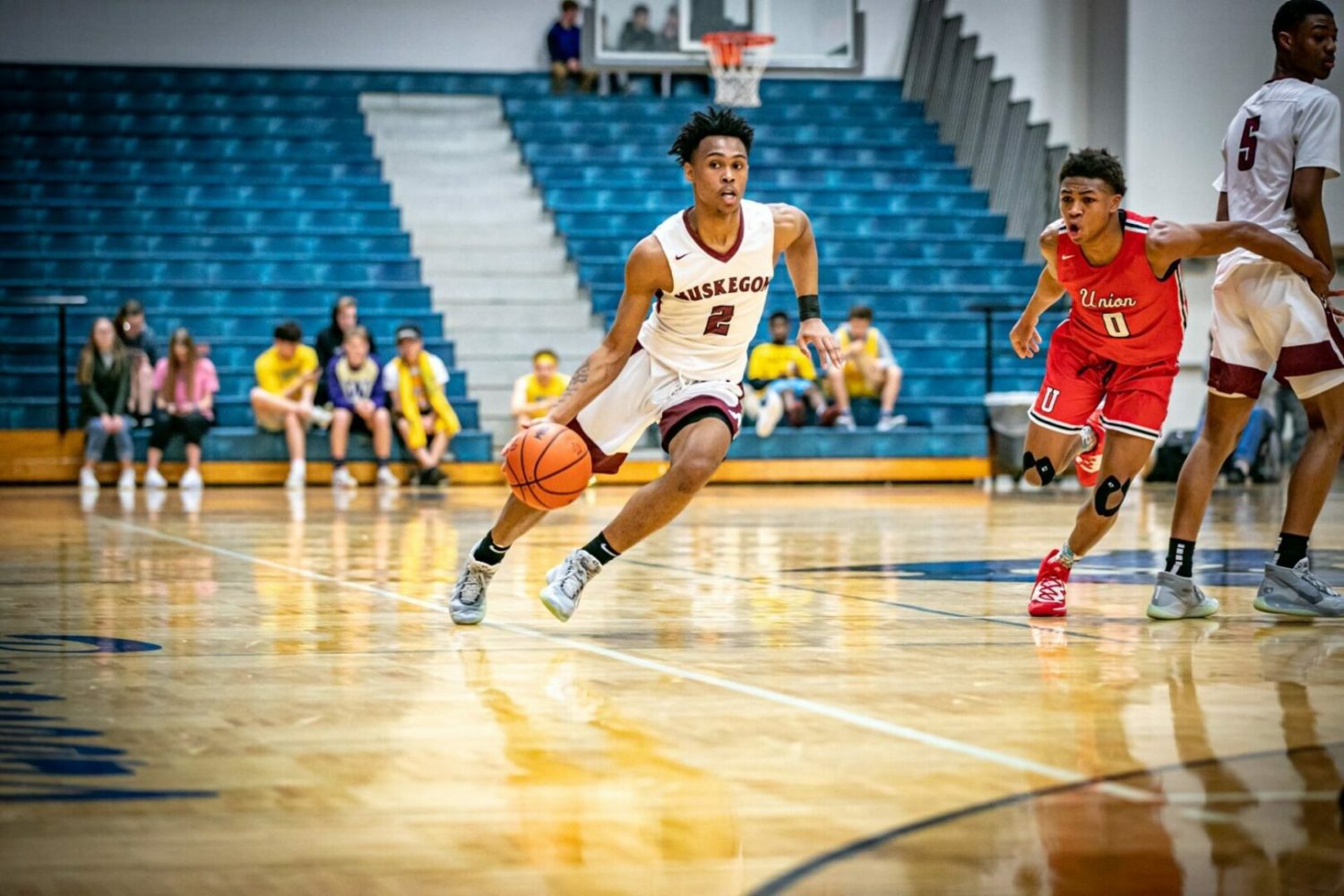 Zykier Davis drives towards the basket for Muskegon. Photo/Tim Reilly 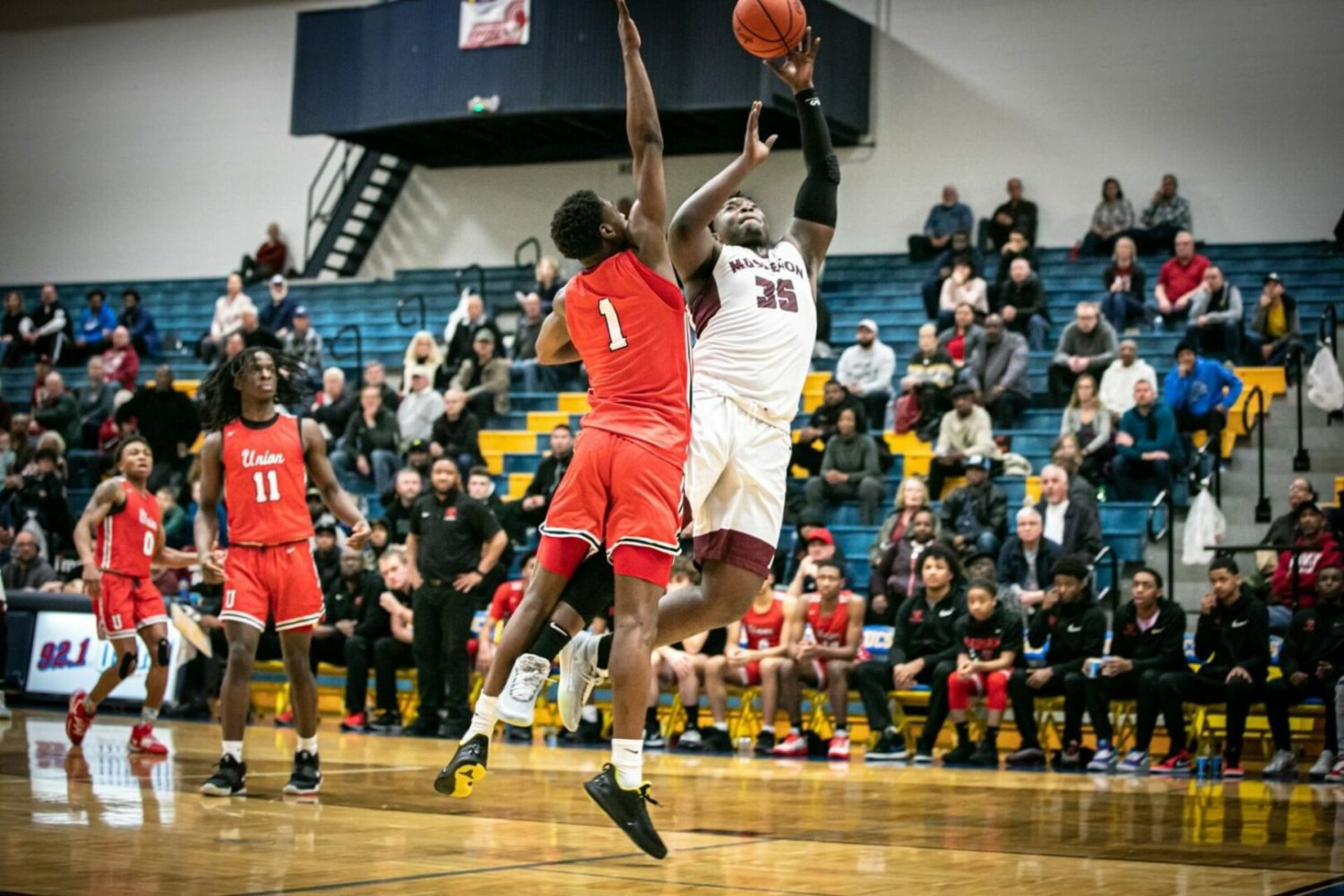 Billie Roberts gets a shot up in the paint for Muskegon. Photo/Tim Reilly 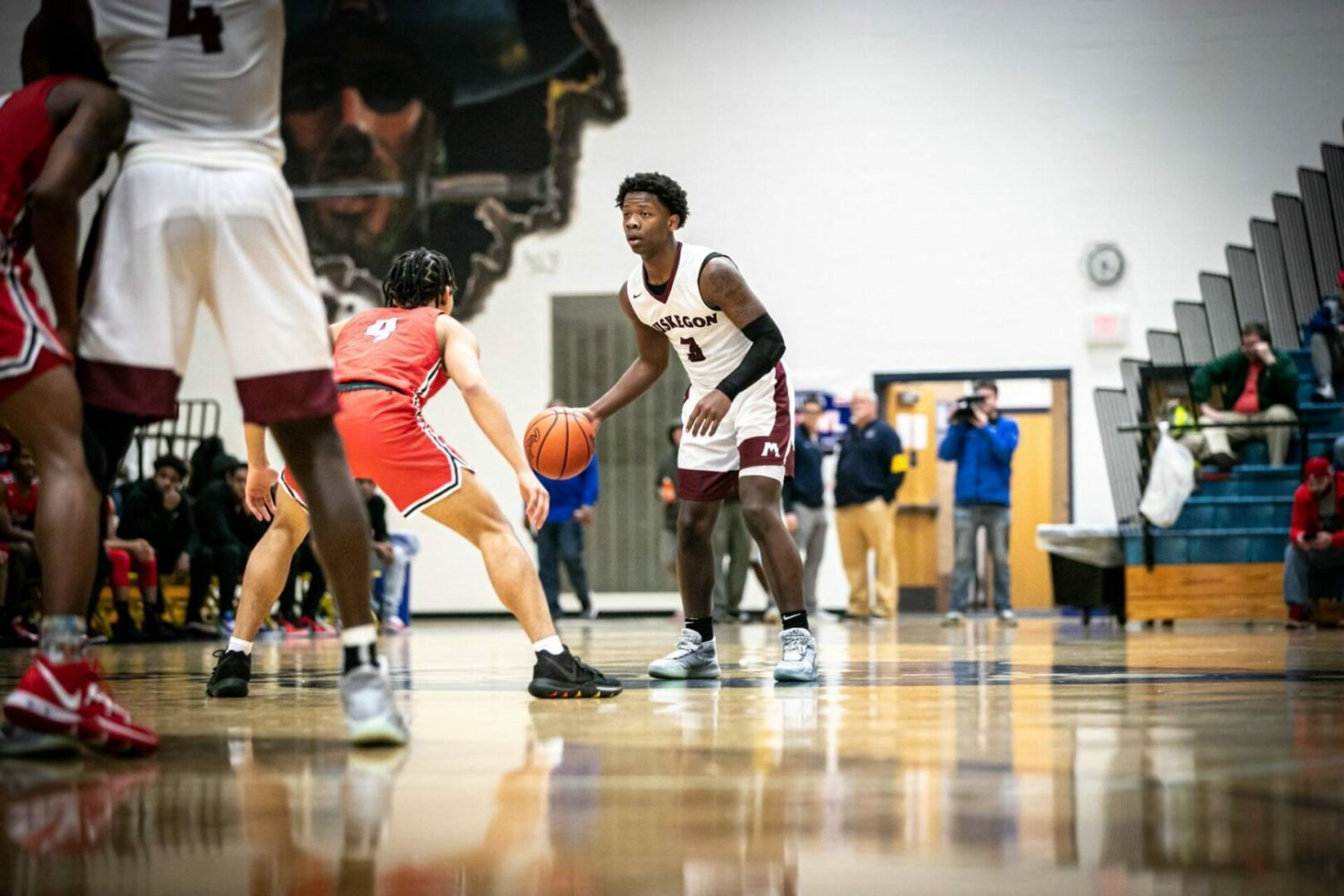 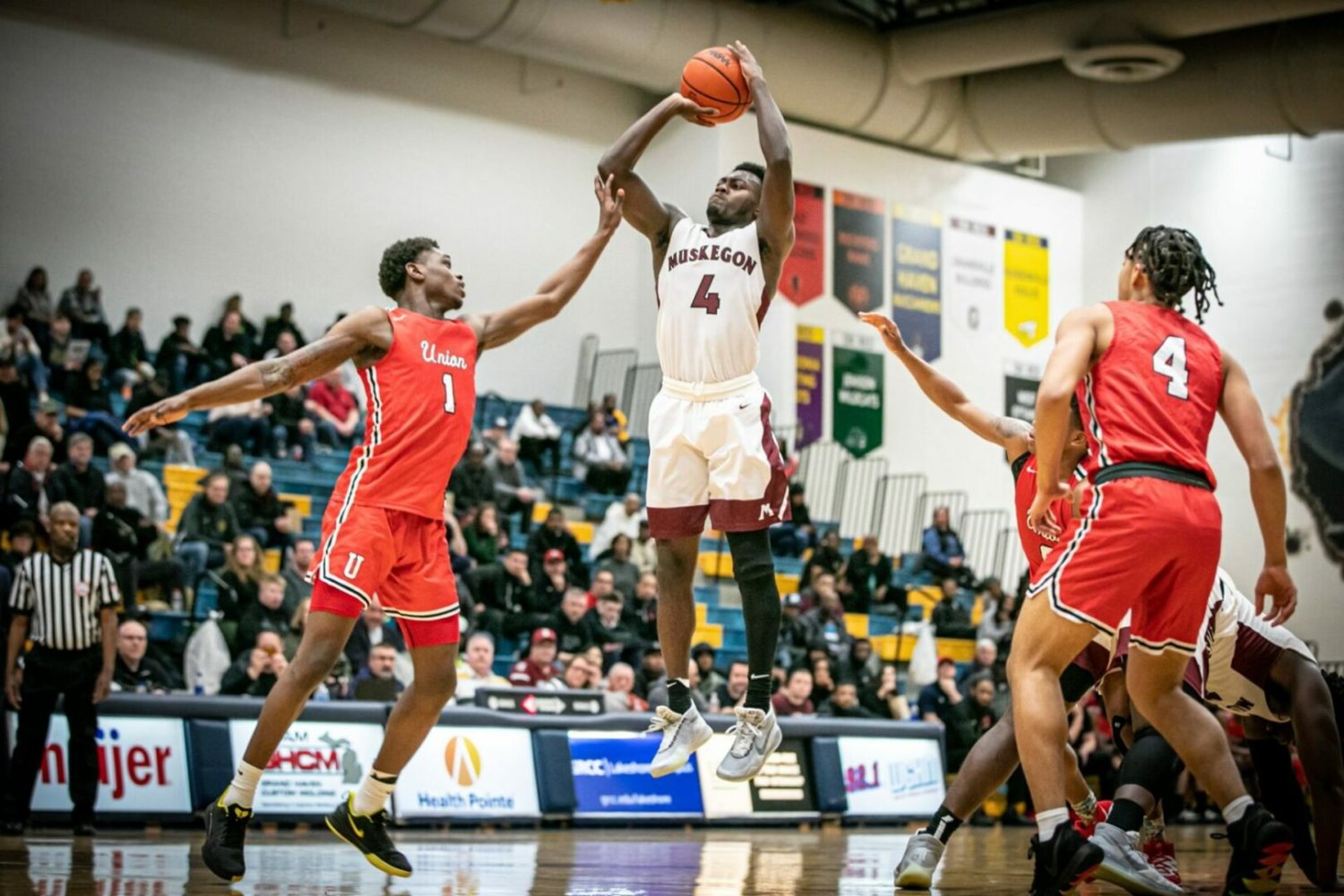 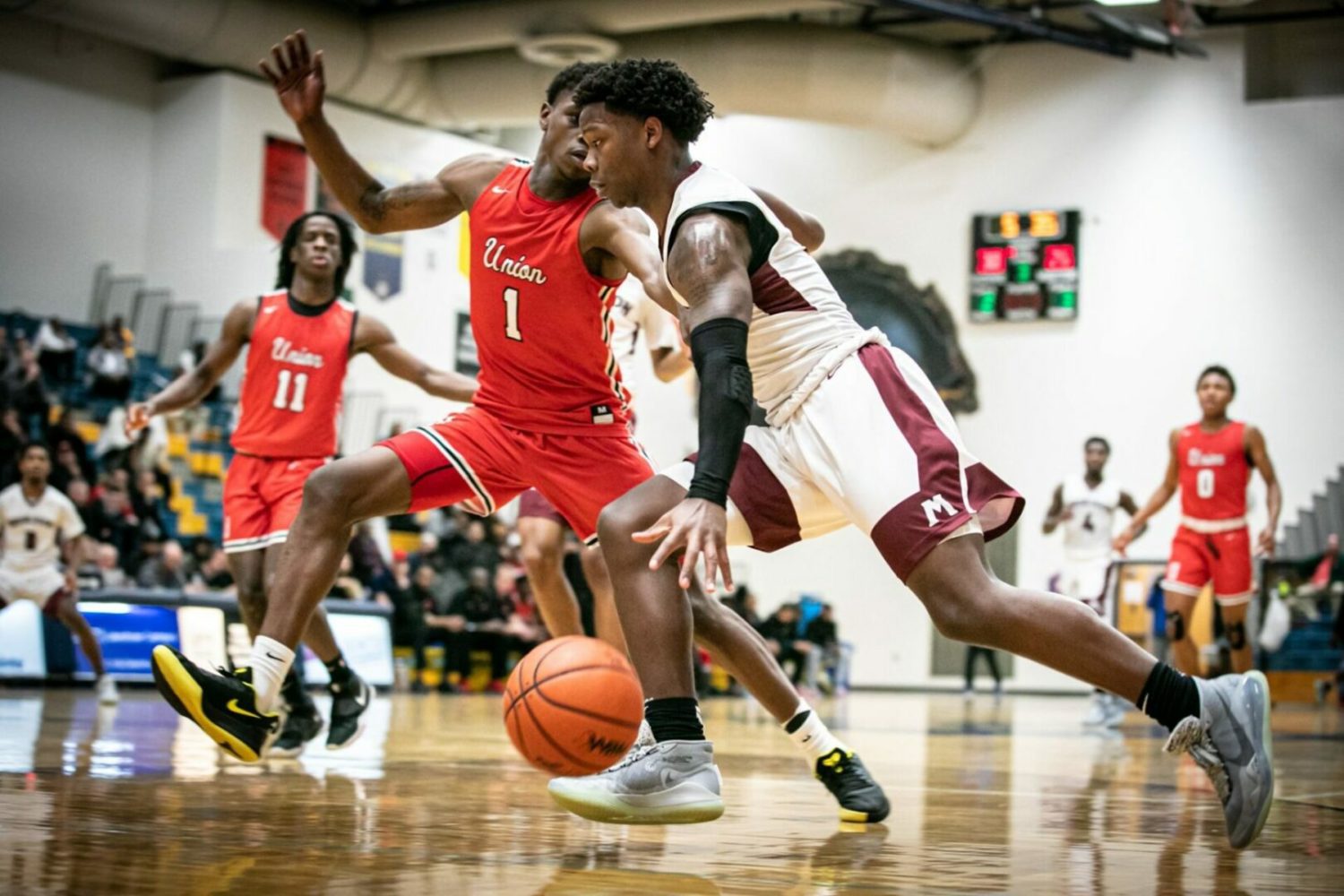 Muskegon’s Vern Nash hesitates before making the drive to the hoop. Photo/Tim Reilly 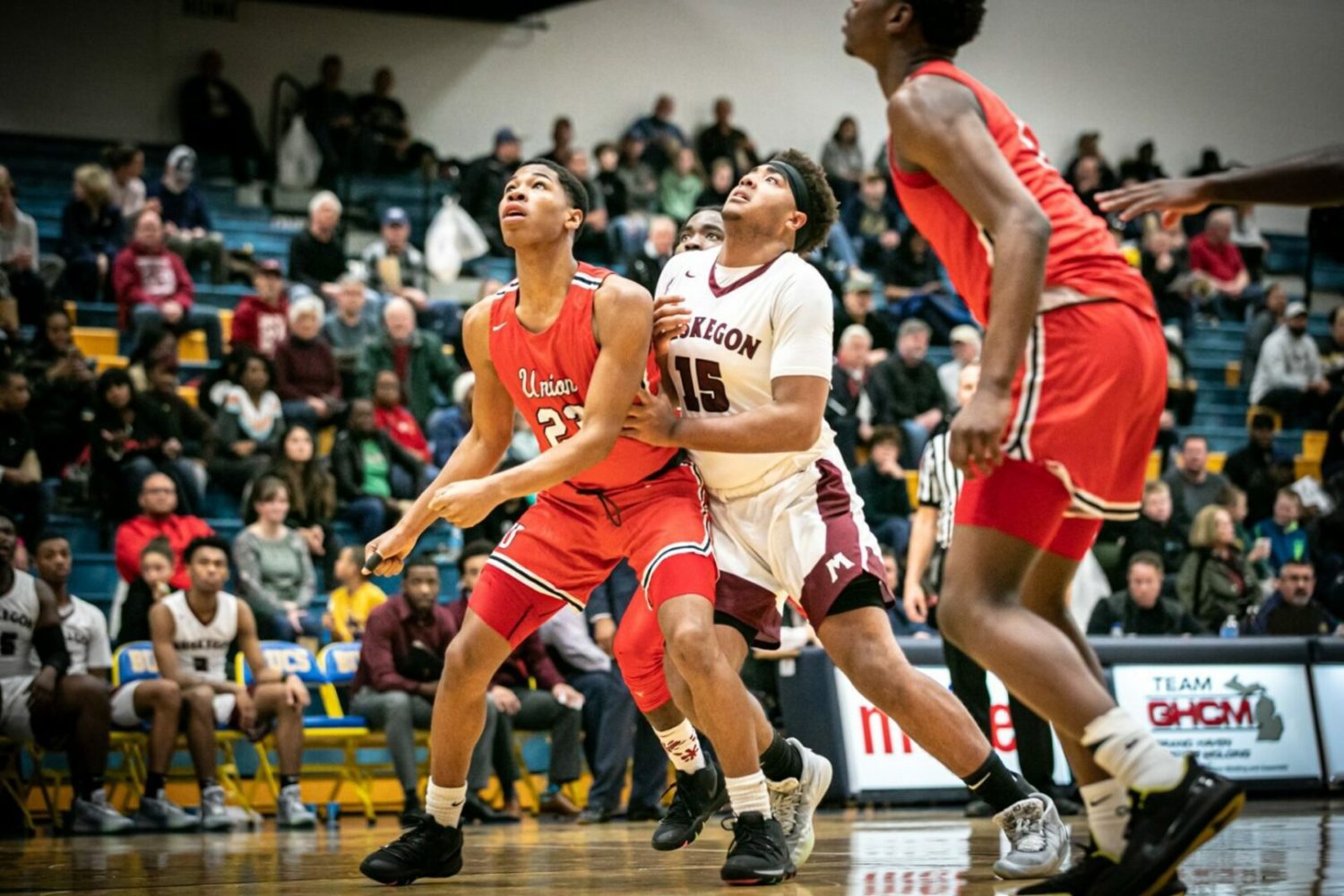 Muskegon’s No. 15 Jordan Porter looks up for a rebound during a free throw. Photo/Tim Reilly 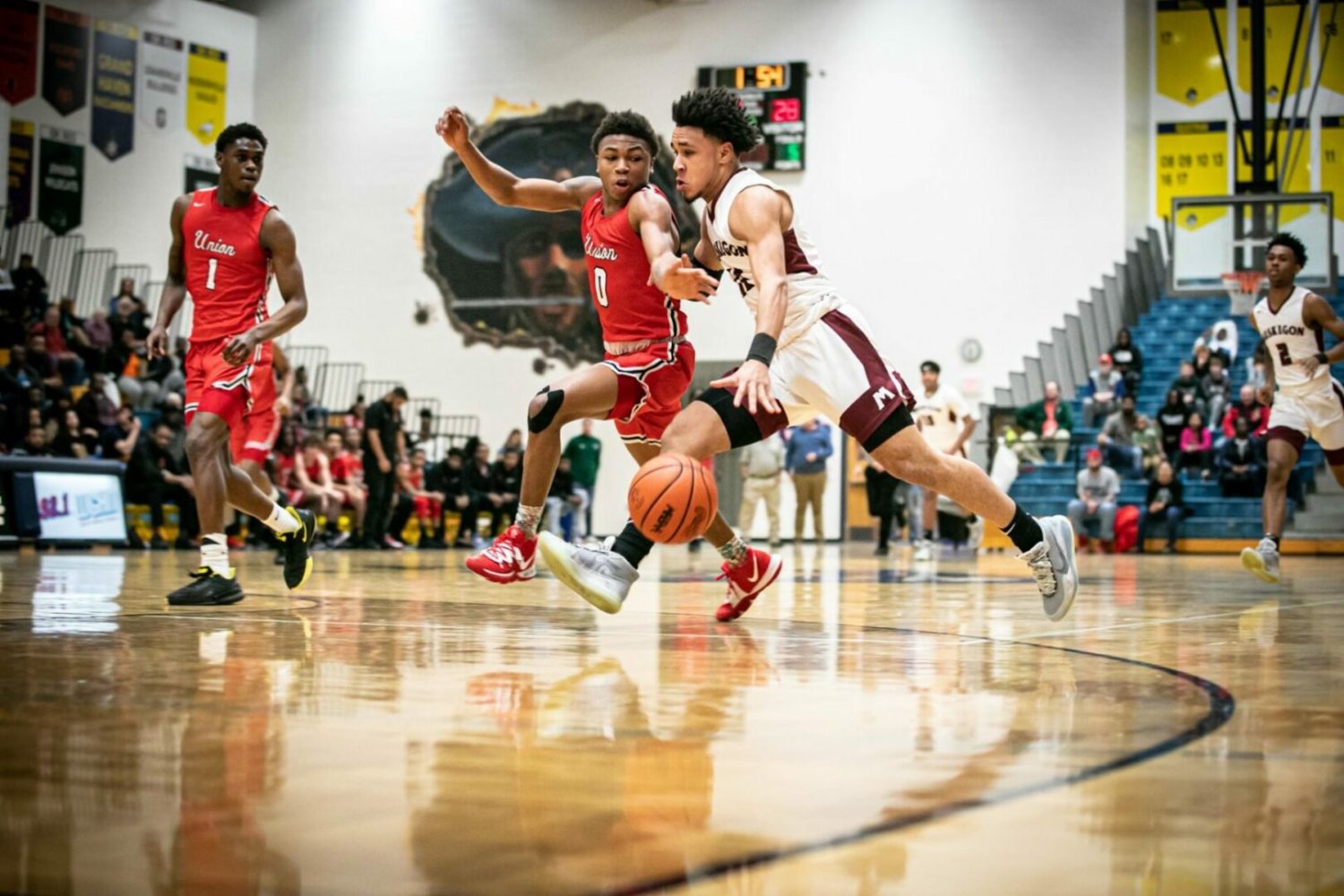 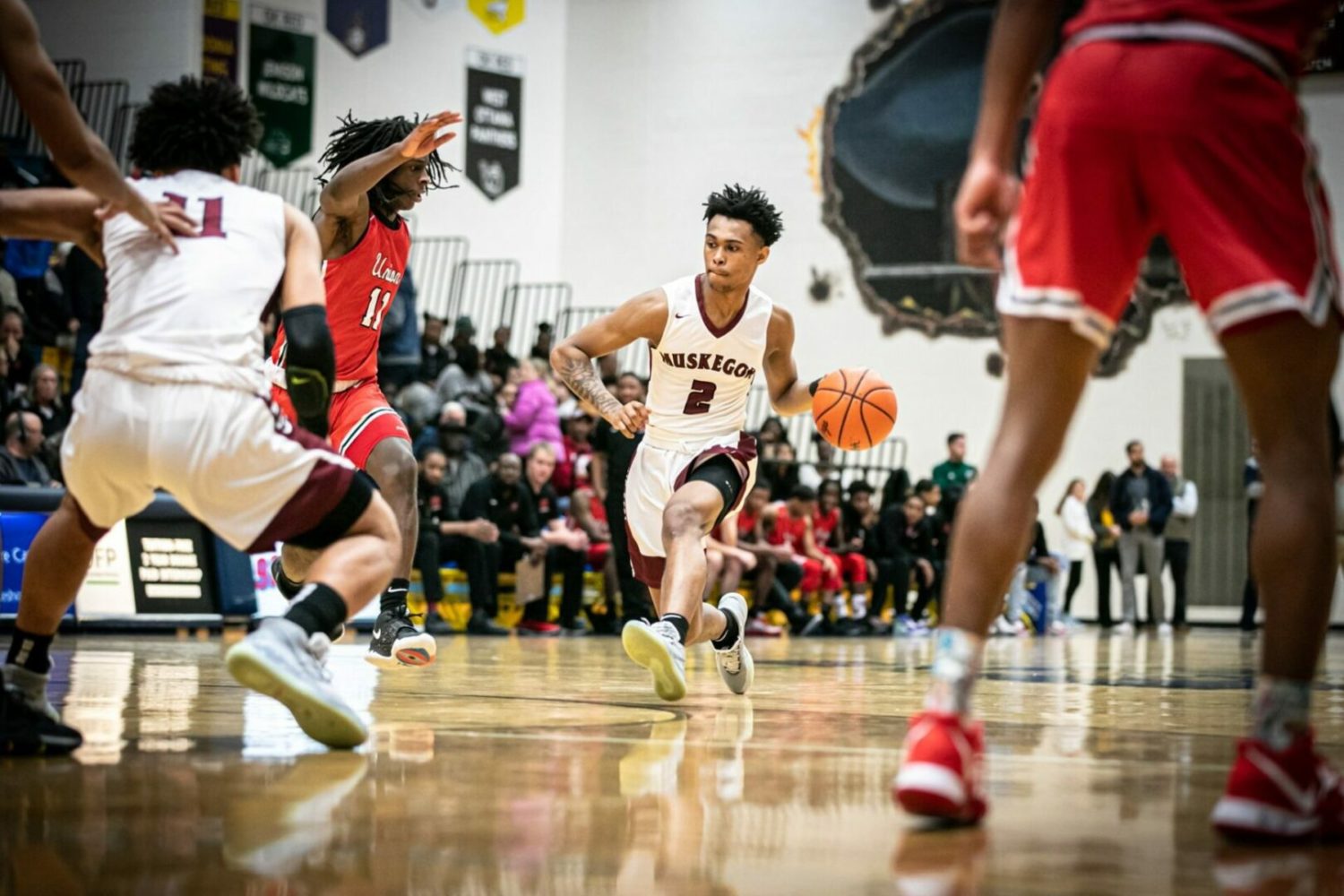 Zykier Davis sees room in the paint for the Big Reds. Photo/Tim Reilly

The Big Reds’ Vern Nash glides in for the layup. Photo/Tim Reilly 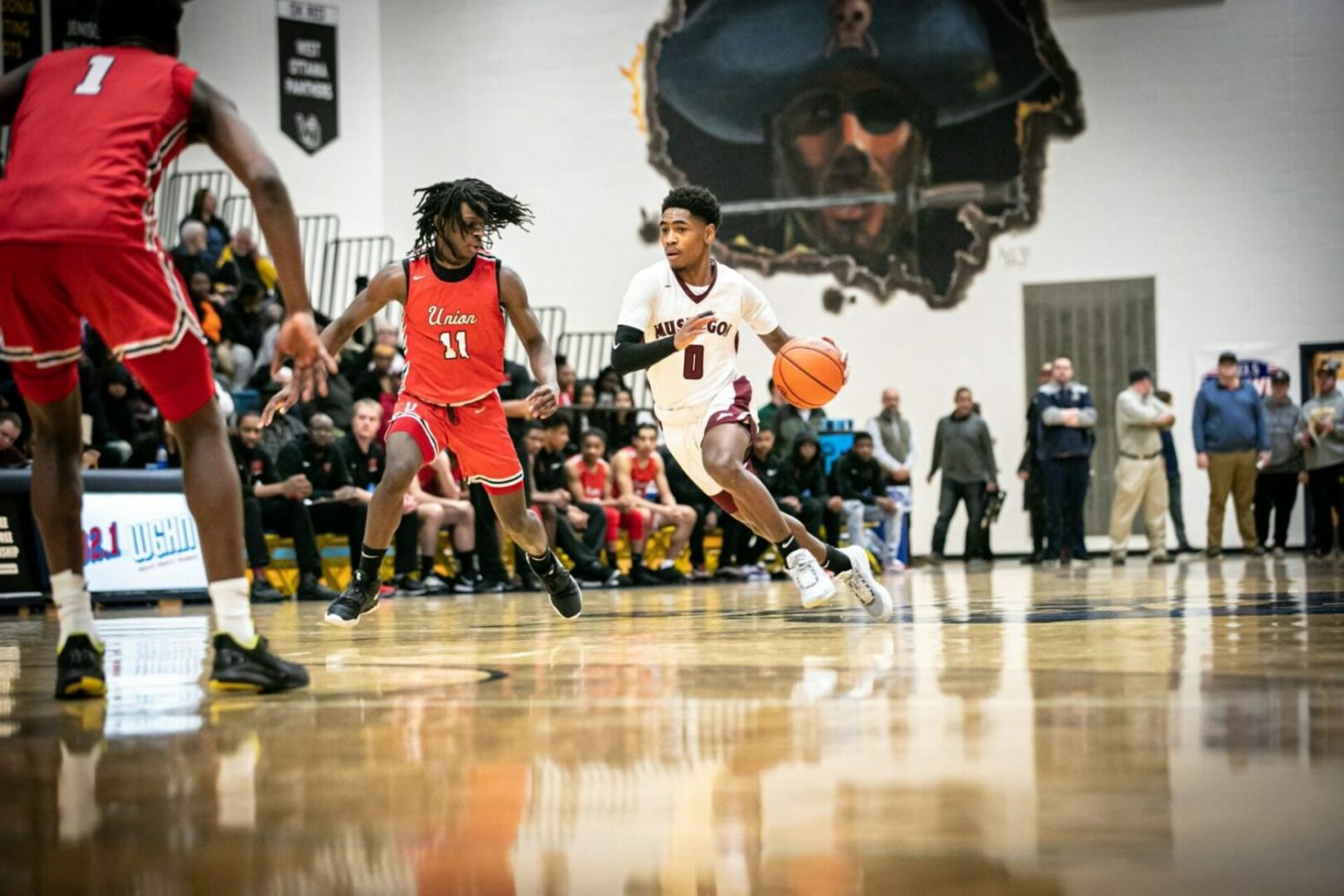 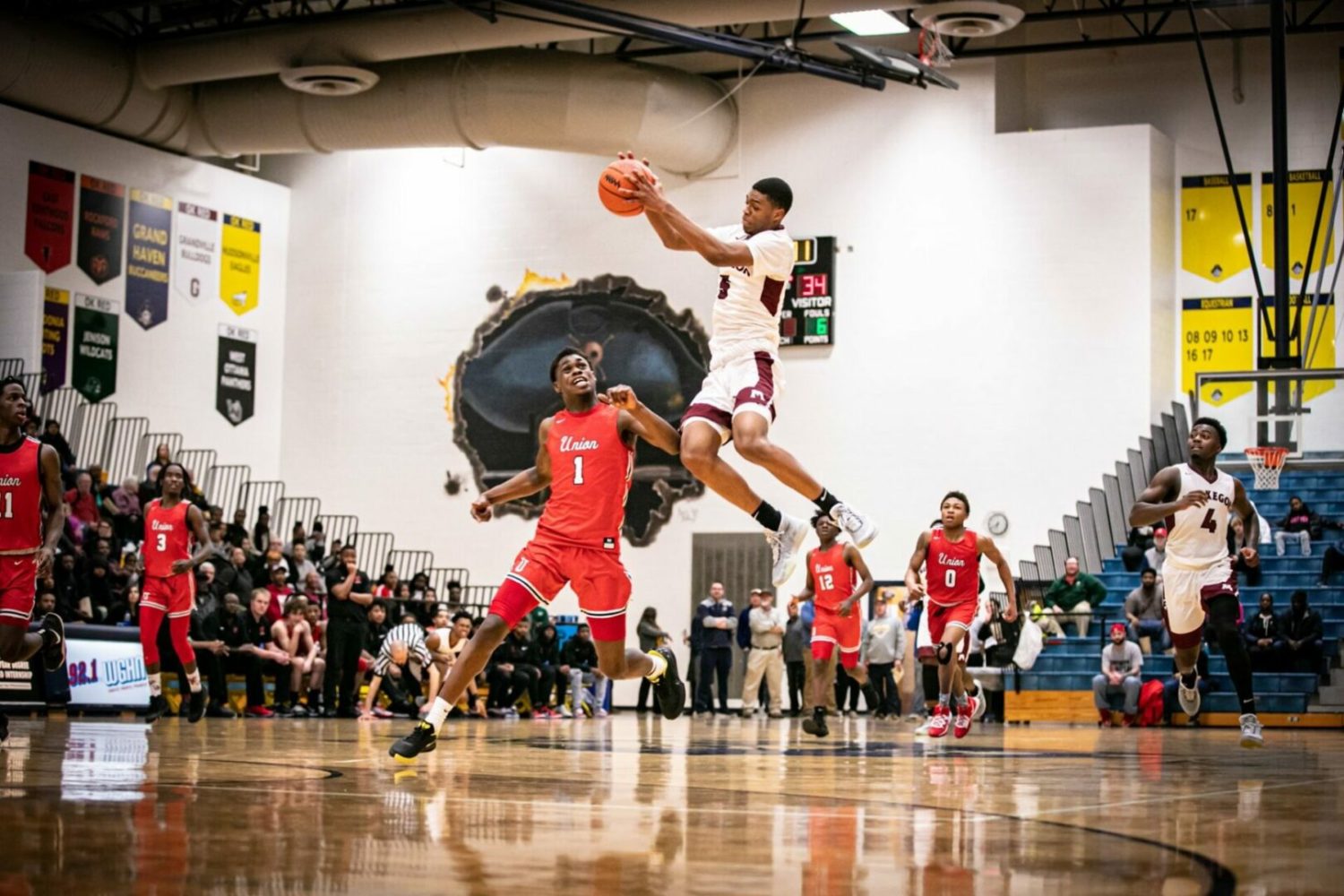 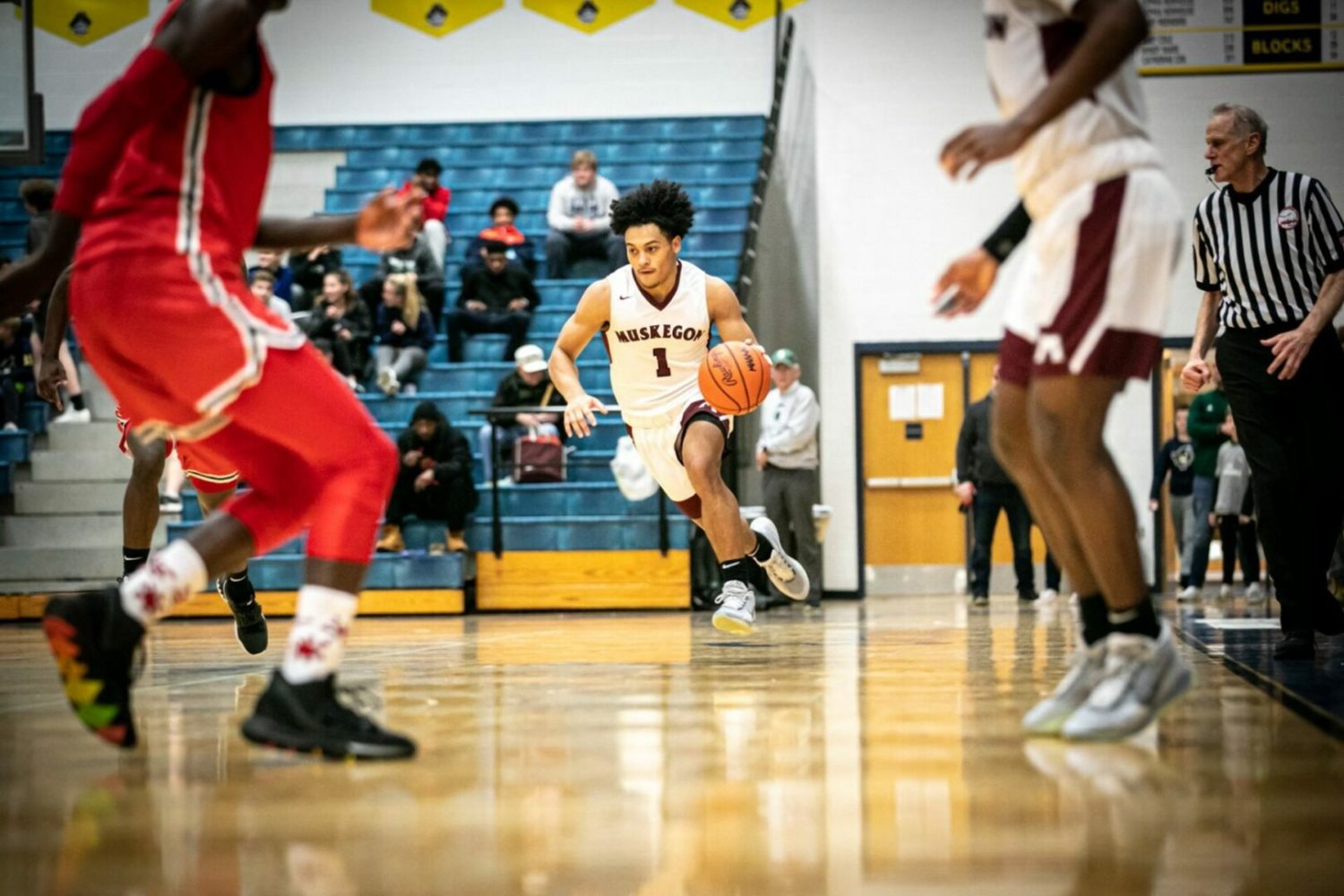 Cameron Martinez pushes the ball up the floor for Muskegon. Photo/Tim Reilly 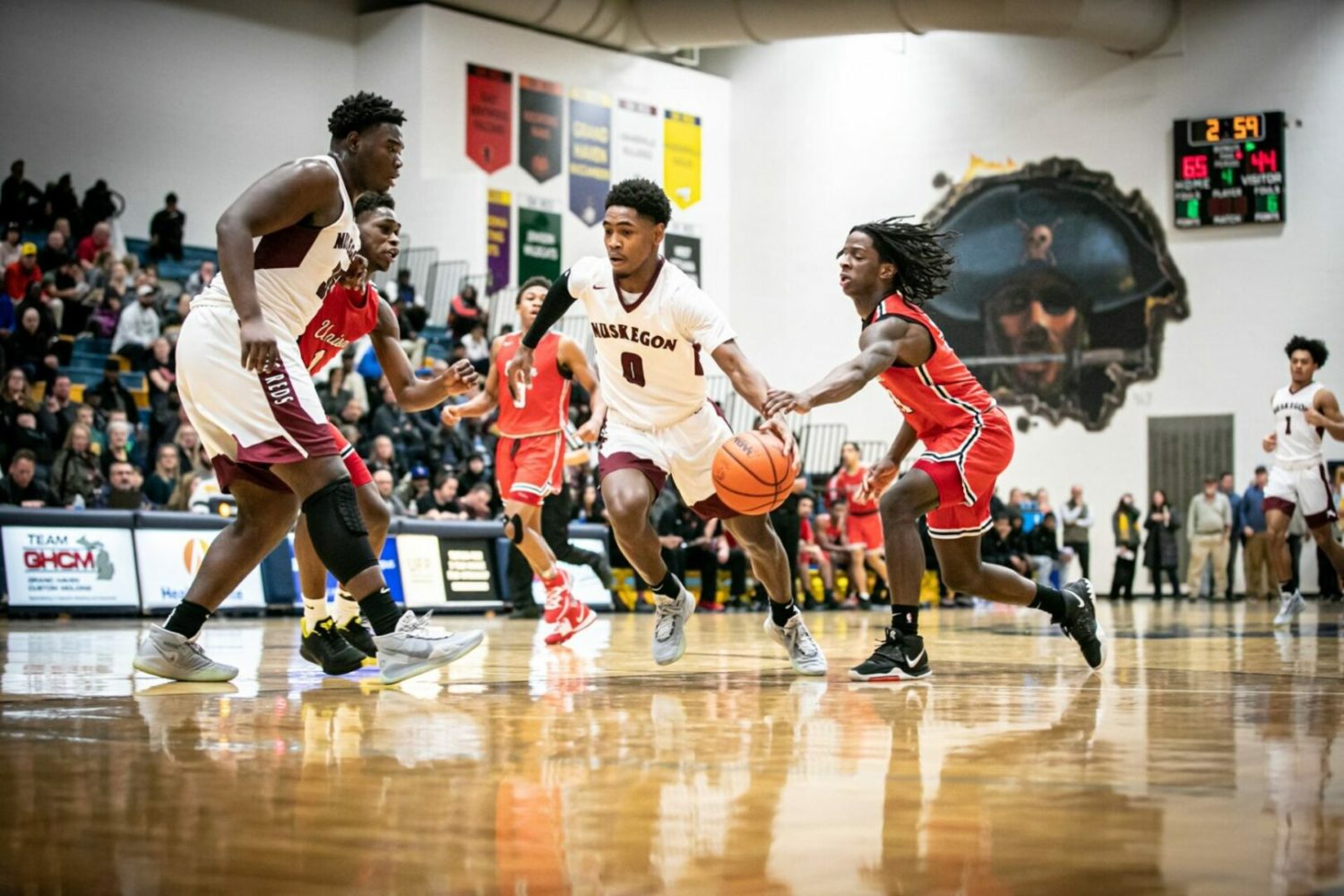 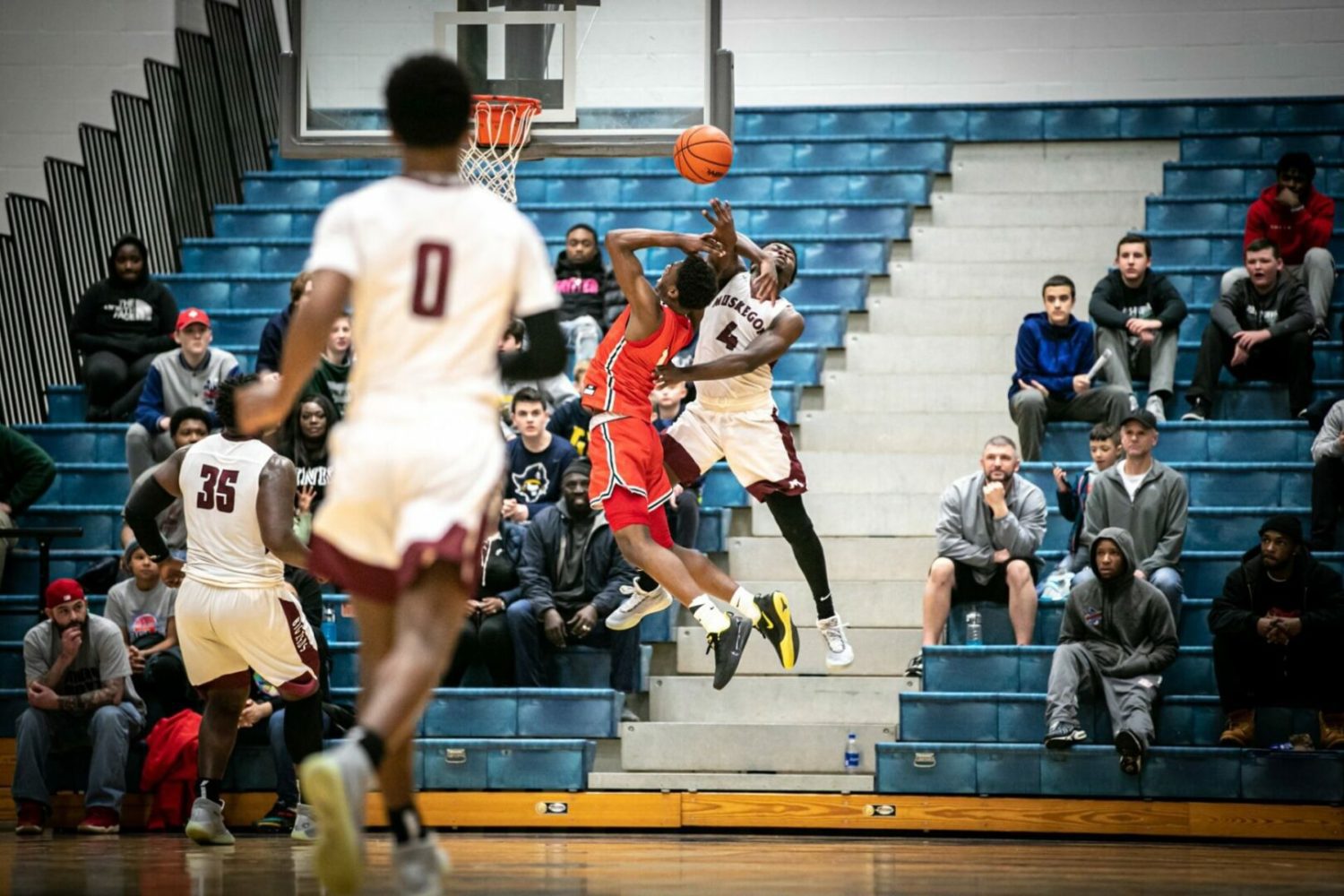 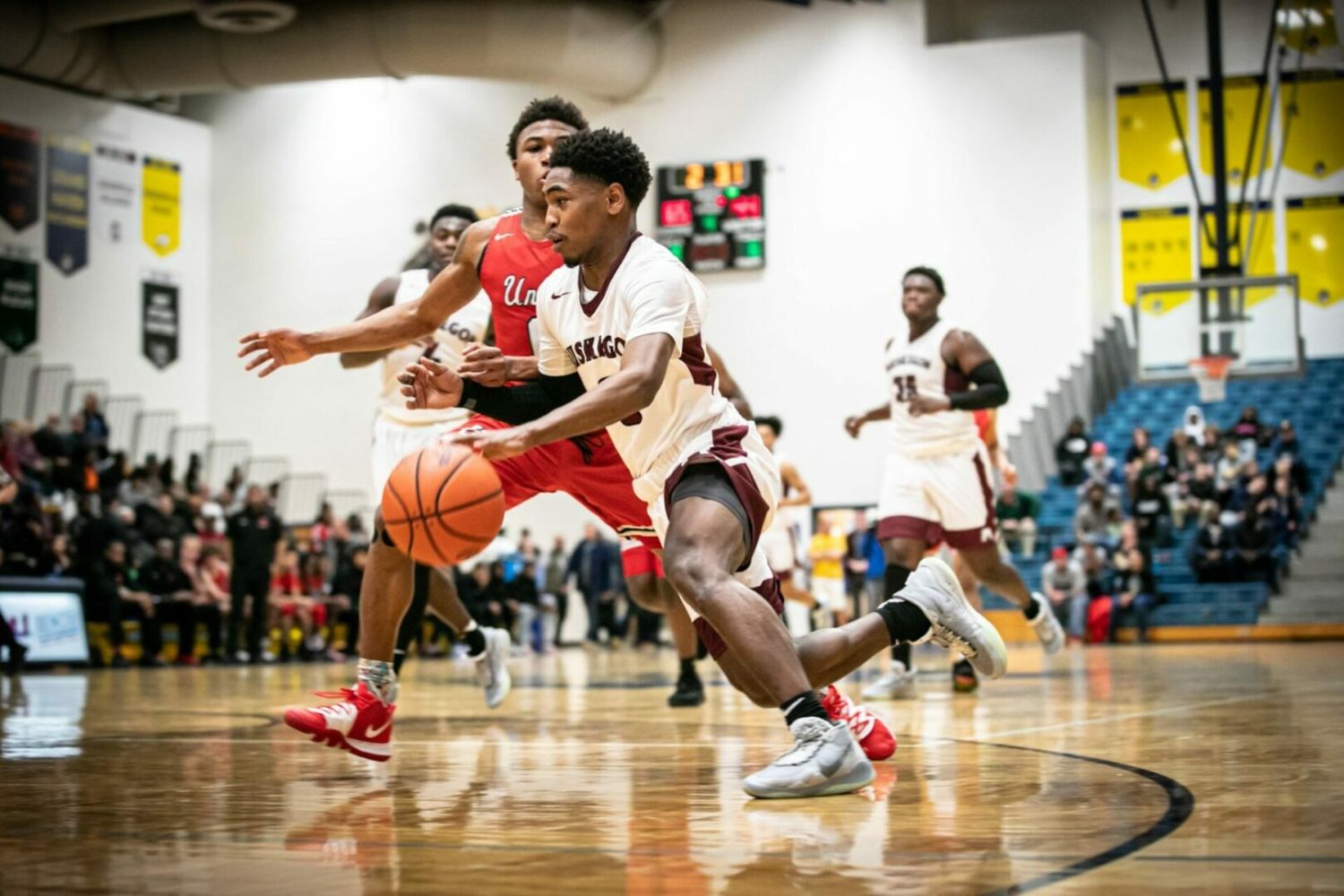 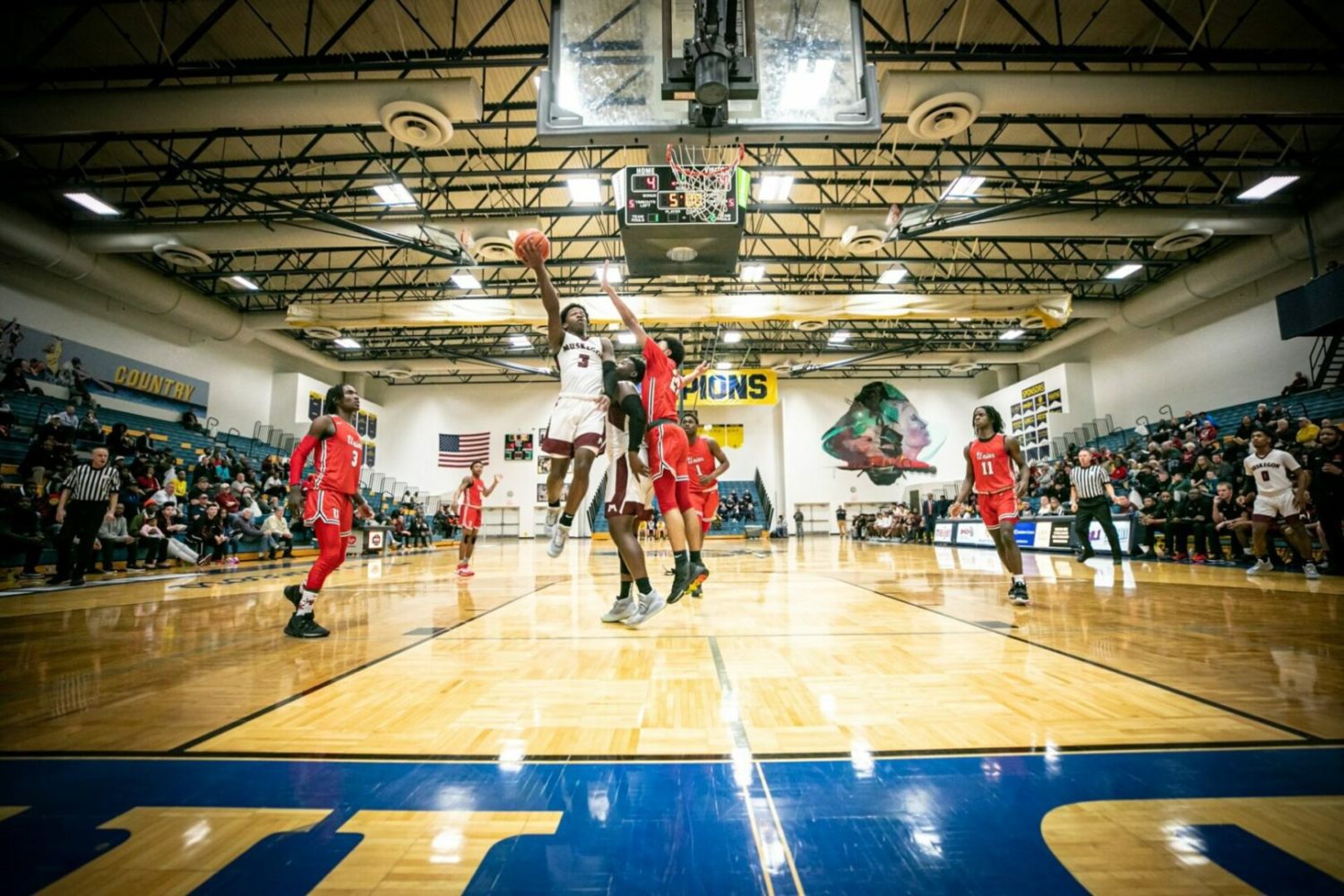 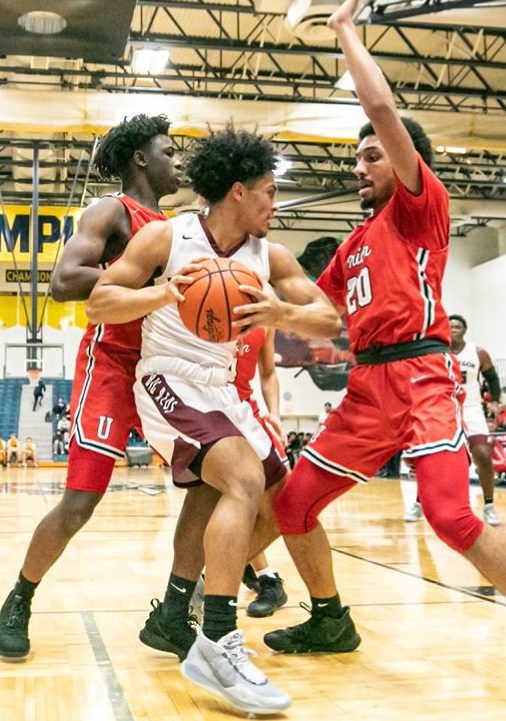 Cameron Martines finds himself trapped after making the rebound for Muskegon. Photo/Tim Reilly