Muskegon’s offense went off for 471 yards as the Big Reds cruised to a win over Grand Rapids Union, 56-14, Friday night.

The Big Reds started the scoring with 8:02 left in the first quarter when Myles Walton ran in a 13-yard touchdown run to give the Big Reds a 7-0 lead. 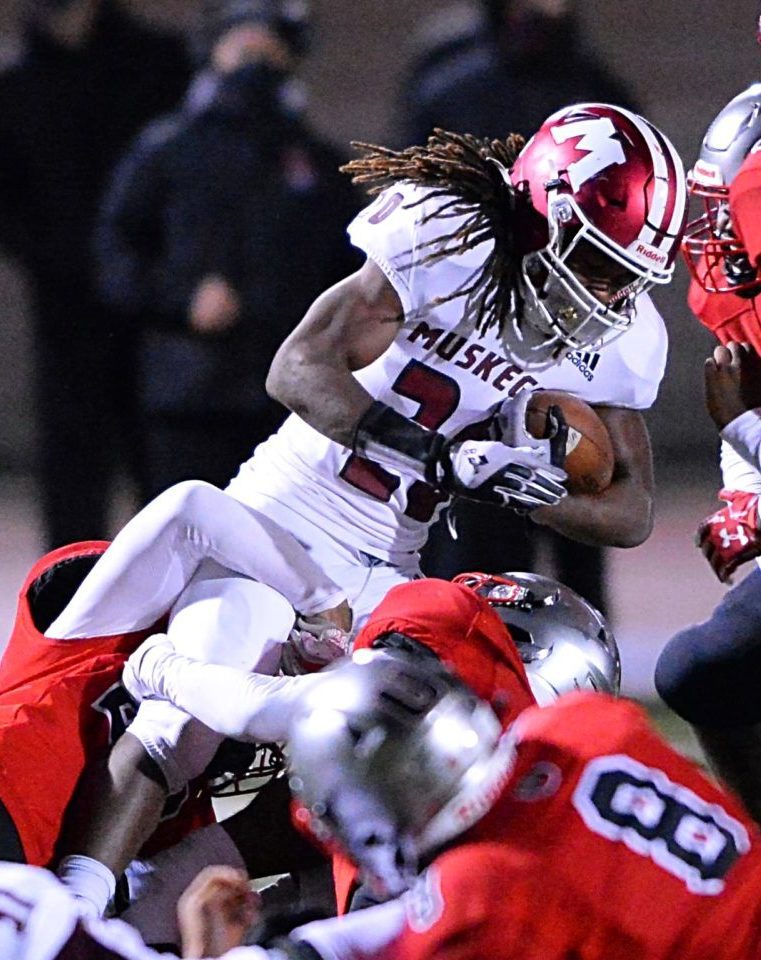 Union responded on the next possession with a rushing touchdown from two yards out to tie the game at 7-7 with 7:11 to play in the first.

Tyreese Oaks scored a 56-yard rushing touchdown to put Muskegon back on top, 14-7, with 5:55 left in the first quarter.

Union tied the game at 14-14 with a rushing touchdown from a yard out with 1:23 left in the first quarter, but it was all Muskegon after that.

The Big Reds added three touchdowns before halftime — a 30-yard rushing touchdown from Jaccari Kitchen, a 66-yard score from Walton and a 23-yard pass from Amari Crowley to Jeremiah Dault. The final score came on the last play of the half, putting the Big Reds up 35-14.

Muskegon added two scores in the third, a 23-yard run from Crowley and a 56-yard touchdown pass from Crowley to Ramos. The Big Reds led 49-14 after three.

Crowley finished the evening 4-for-8 passing with two touchdown passes. He added 59 rushing yards on six attempts for one score. 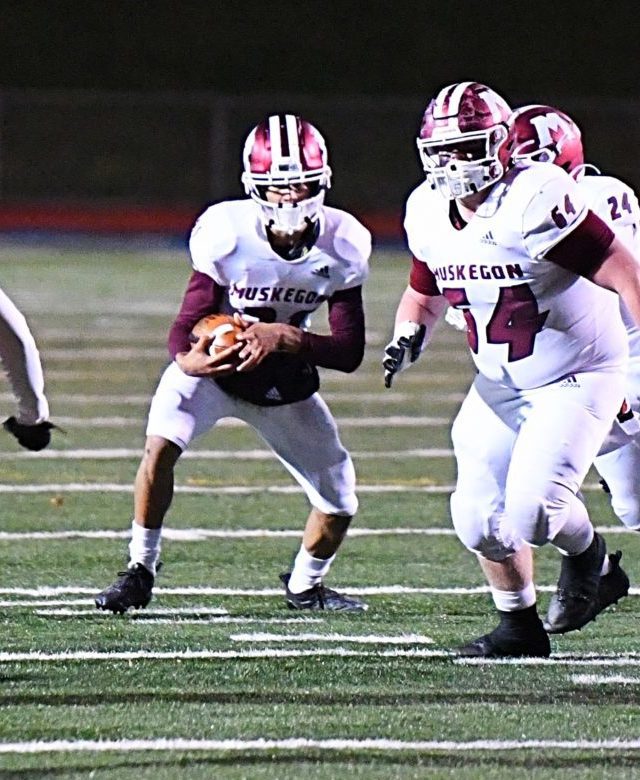 Amari Crowley sees room up the middles with No. 64 Tayvid Elmore in the middle for Muskegon. Photo/Craig Smith

Dault paced the Big Reds in receiving with two catches for 79 yards and two scores.

Adrian Ramos converted all eight of his PAT attempts 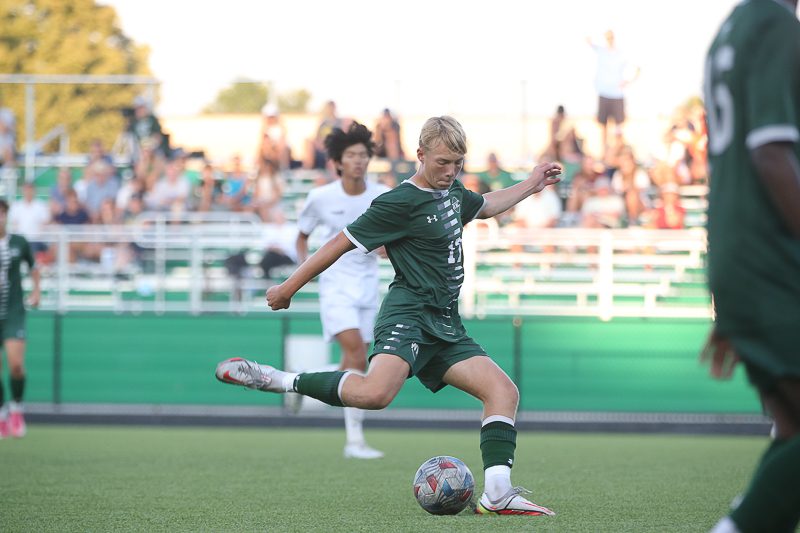