WHITEHALL — The formula for the Whitehall football team’s successful regular season included a stout defense and a balanced, dynamic

The Vikings had those attributes clicking on all cylinders in their playoff opener against Fruitport on Friday, dominating the Trojans 46-8. 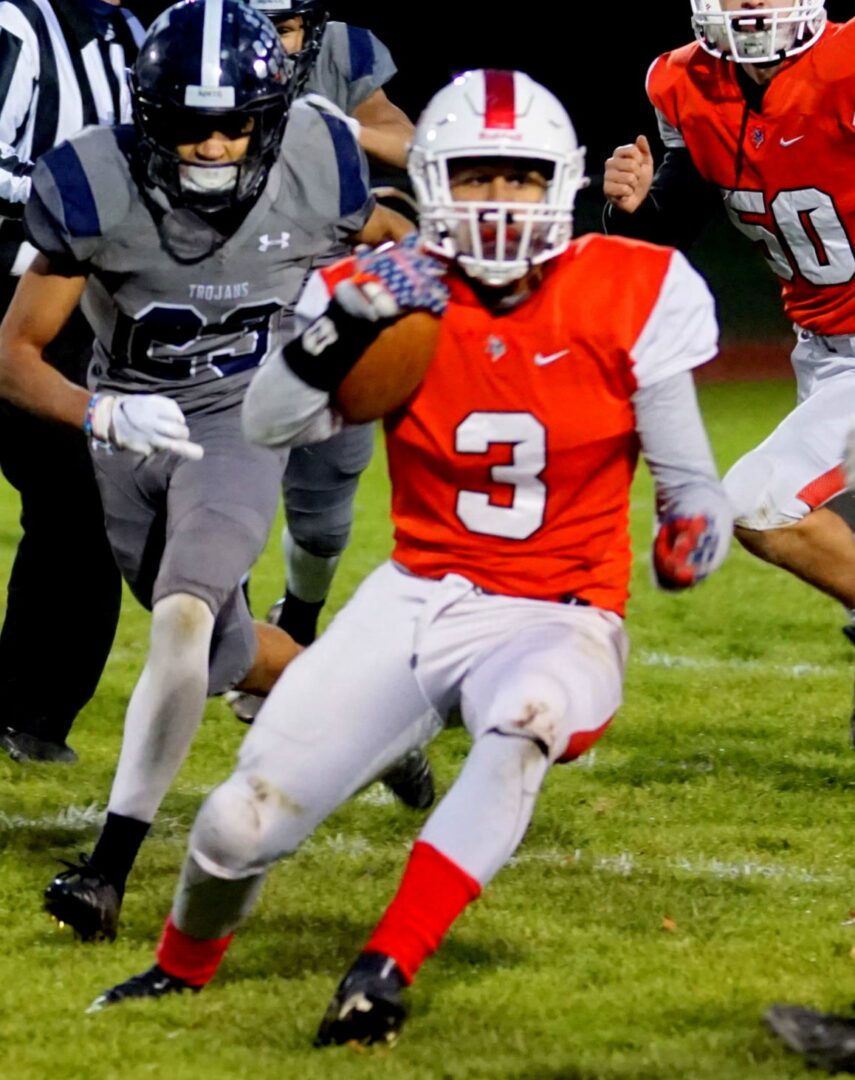 “We played well in all phases,” said Vikings coach Tony Sigmon. “I was very happy with the way our kids played, from the kickoff all the way through.”

“It felt great to be able to get in the backfield,” said Viking defensive end Ira Jenkins. “I think we played really well on defense today. There’s been some games throughout the season we haven’t been able to perform at our top tier for four quarters straight, but I think we did a really good job with that in this game.”

“They’ve been really consistent all year,” Sigmon said of his defensive front of Jenkins, Graycen Sheppard, Gabe Reavey, Jake Haynes and Connor Young. “That front five is as good as we’ve had in a long time. That’s not anything new as far as that group.”

Whitehall improved to 6-1 on the season, while Fruitport ended iwith a 2-5 record.

The Vikings are ranked in the Top 10 in the state in Division 4, and many think they could make a deep run into the playoffs, but Sigmon wasn’t ready talk about anything but the next game.

“Right now the ceiling is the next game,” the coach said. “Everyone has alluded to me, ‘The district looks this way, what does the region look like, where’s this team, where’s that team?’ None of that matters if we don’t put all of our effort into the next game.”

The Vikings will be at home again next week for a matchup with Coopersville (3-4), which beat Sparta 26-12 Friday night.

Whitehall started the scoring with a big play on the defensive side of the ball. Trojan quarterback Gavin Reames dropped back to pass in his own end zone and Jenkins broke through the line and tackled him for a safety. 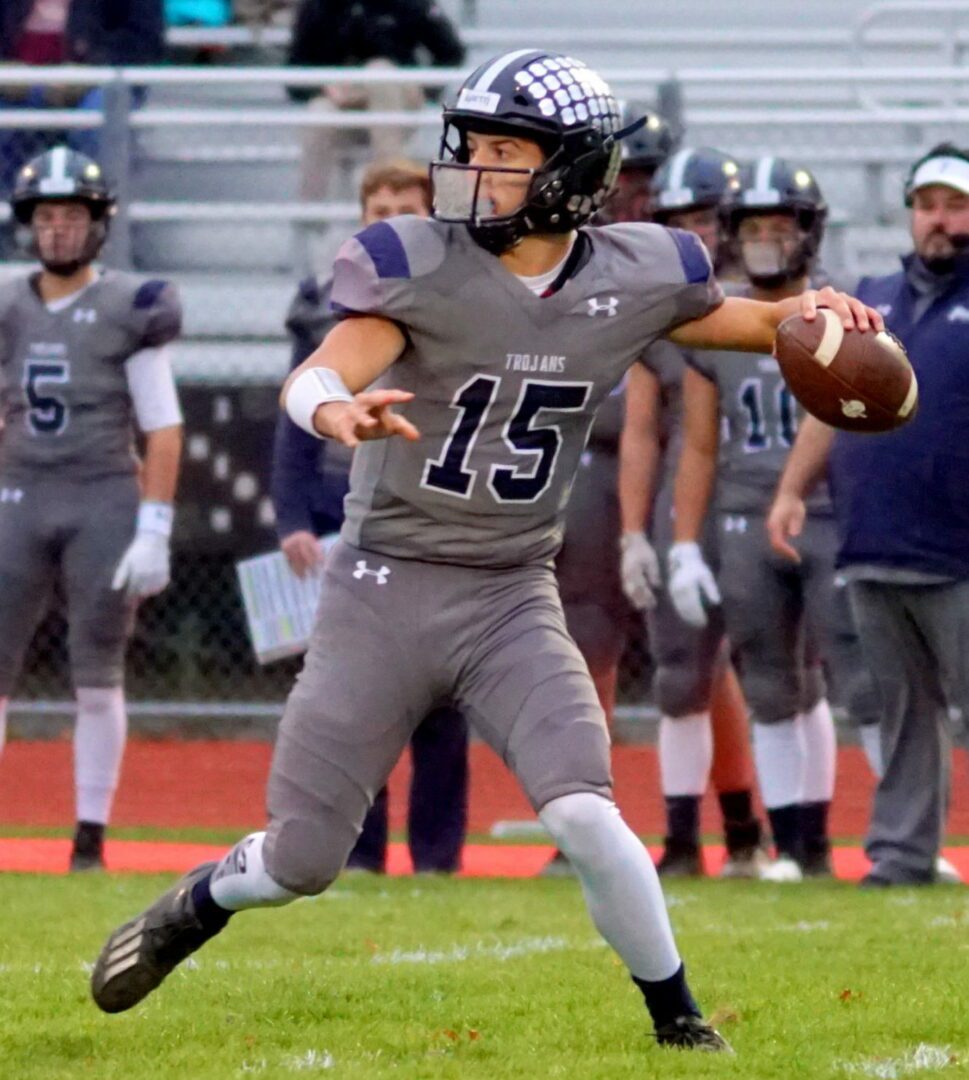 Gavin Reames drops back to make a pass from Fruitport. Photo/Leo Valdez

Alec Pruett scored a three-yard touchdown on the ensuing drive to put the Vikings up 9-0 with 1:39 to play in the first quarter.
The Vikings struck again early in the second quarter when quarterback Andrew Durbin found Nate Bolley for a 51-yard touchdown pass to make it 16-0. On Fruitport’s next drive, Max Brown blocked a punt in the end zone, leading to a second safety and an 18-0 lead.

Whitehall added two more touchdowns, on a 21-yard pass from Durbin to Red Watson and a 12-yard run by Bolley, to extend the lead to 32-0.

Fruitport got on the board with 1:04 to play in the first half on a 30-yard touchdown pass from Reames to Caden Spyke. Whitehall led 32-8 at the half.

The Vikings ended the scoring with two TDs in the third quarter, on a 19-yard Durbin pass to Mario Moore and a five-yard rush by Pruett.

Pruett led the rushing attack with 111 yards on 19 carries, while Kris Dowdell added 85 and Bolley chipped in 68 on the ground. Durbin completed only three passes, but all went for touchdowns, totaling 92 yards.

For Fruitport, Reames was 5-for-12 passing for 89 yards. Cody Nash led the rushing attack with 27 yards and Andrew Fielstra rushed for 21. 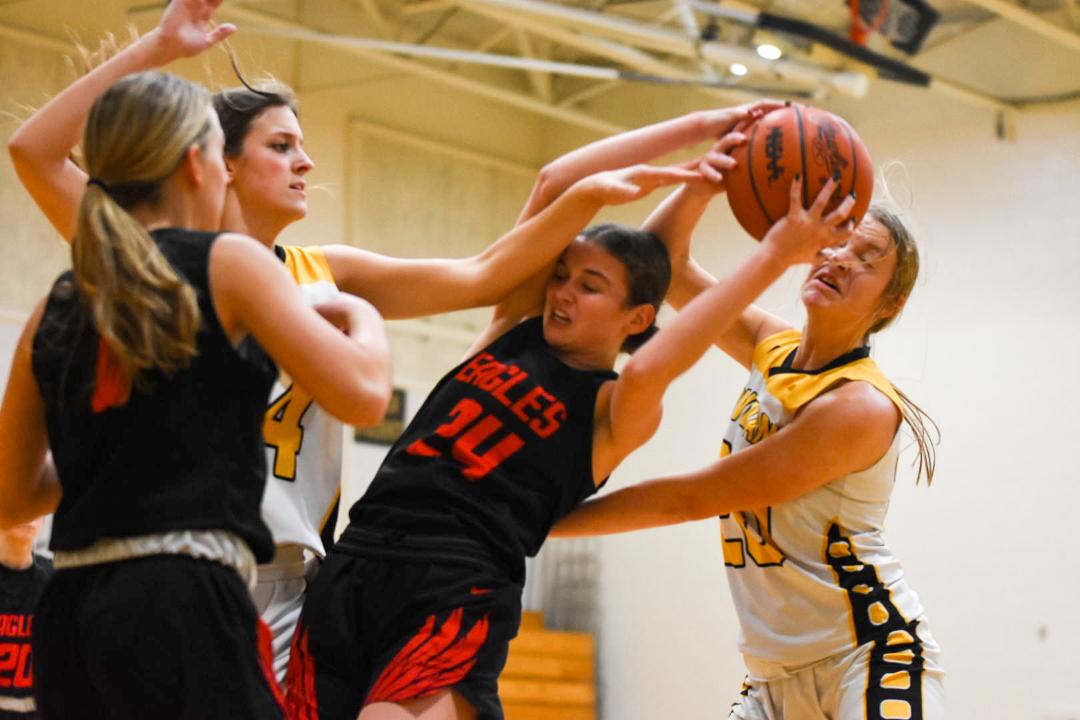