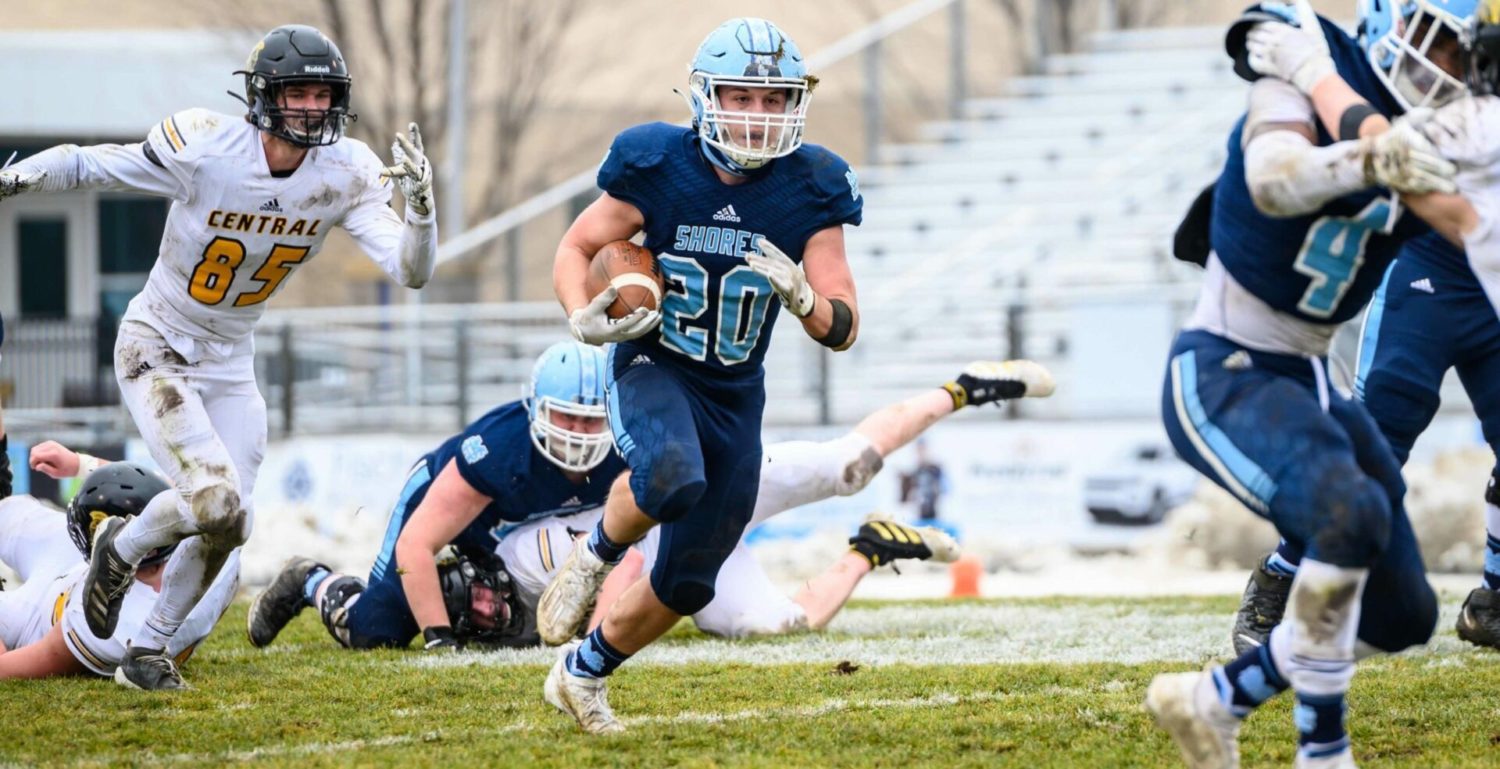 NORTON SHORES — Through two quarters, it appeared that the magic for the defending state champion Mona Shores Sailors may have run out.

After three straight heart-poundingly close playoff wins, the Sailors found themselves down 24-14 to Traverse City Central at halftime. 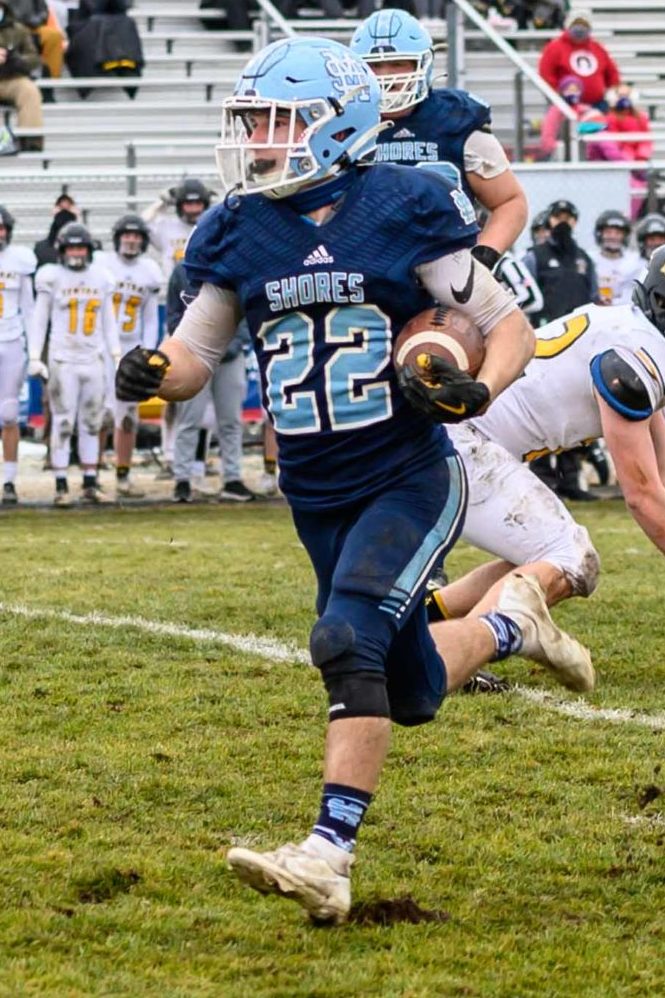 But anyone who’s watched these Sailors knows one thing – they don’t give up. Mona Shores made adjustments at the break, rallied to put up 29 unanswered points in the second half and beat the Trojans 43-30 at Sailor Stadium on Saturday in the Division 2 state semifinals.

Mona Shores now advances to the state finals at Ford Field for the third year in a row, seeking back-to-back Division 2 titles.

The Sailors will face a familiar foe in next Friday’s tilt — Warren De La Salle. The two schools squared off in the 2014 and 2018 state championship games, with the Pilots winning both.

De La Salle (7-4) advanced to the finals with a 26-20 overtime win over Oak Park in Saturday’s other semifinal game. The Pilots were just 2-4 in the regular season and entered the playoffs as an eighth seed, but rattled off five straight wins to reach the final.

The Sailors (11-0) were sparked by a momentum-turning pick six by All-State quarterback and free safety Brady Rose in the third quarter. The standout senior intercepted a pass around the TCC 20-yard-line and ran it back for a score. The ensuing two-point conversion brought the Sailors within 24-22 and was the first step in the comeback.

“We’re just not going to give up, we’re fighting until the clock says zero,” said Rose, who finished with 187 yards and three touchdowns rushing, 36 yards and one touchdown passing, and eight tackles and two interceptions, including the pick-six. 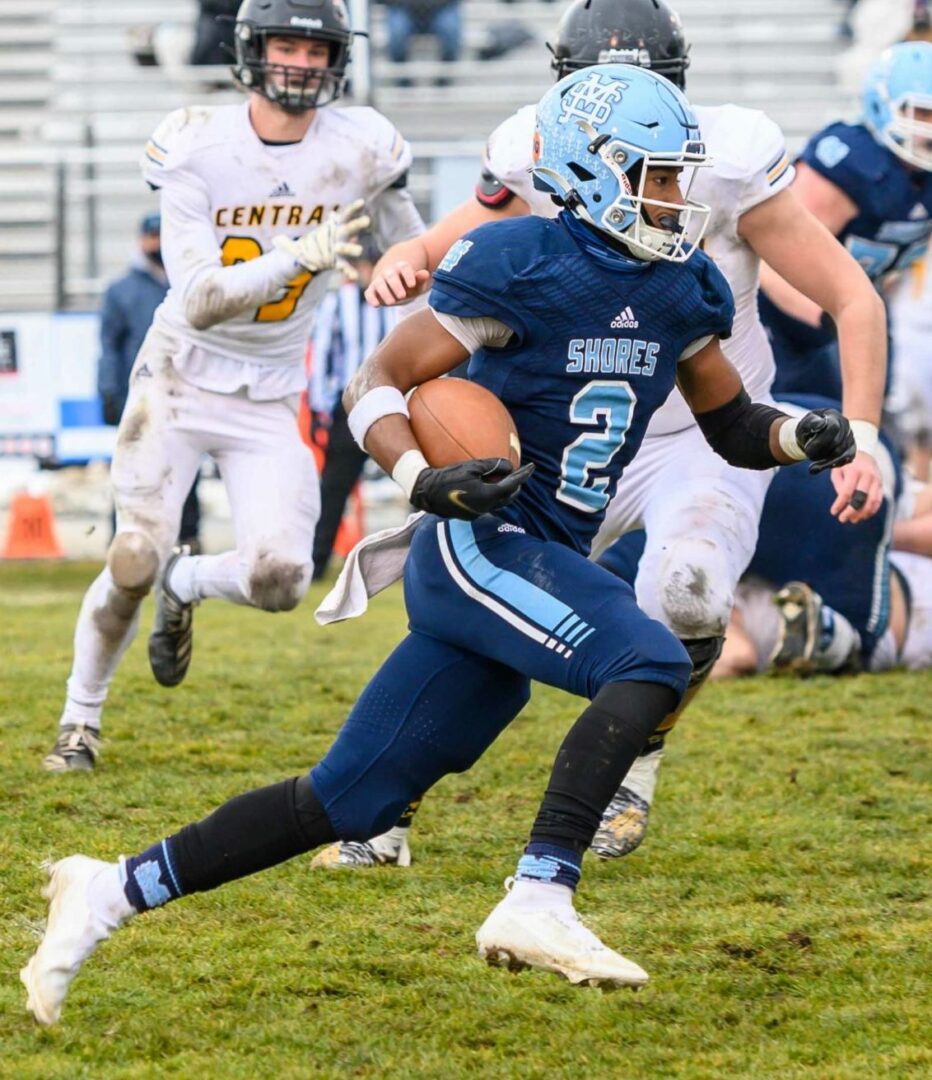 Mona Shores’ Gary Humphrey cuts up field to pick up a Sailor first down. Photo/Eric Sturr

“The spark was that pick by Brady down the sideline to change momentum,” he said. “We were trading punts back and forth, luckily we had pinned them deep. That’s where the momentum (changed), where kids started to believe and started to roll.”

The interception return sparked a 29-0 scoring run that gave the Sailors a comfortable lead late in the game, a luxury they haven’t had in a while.

“To get in the victory formation, that’s the greatest play in football,” Koziak said of being able to take a knee to run out the clock. “Against Forest Hills Central, Caledonia and East Lansing we had to either make a stop or make a play on offense or special teams. To be able to (take a knee), it’s a big exhale for all of us.”

Traverse City Central struck first on a one-yard score from quarterback Joshua Burnham with 4:09 to play in the first quarter. A two-point conversion put the Trojans up 8-0.

Mona Shores scored on its next drive on a 12-yard run by Elijah Johnson to pull within 8-6 with 11:30 left in the second quarter. The Trojans responded with a seven-play scoring drive, capped by a Brayden Halliday touchdown, and the conversion gave them a 16-6 lead with 9:43 left in the half. 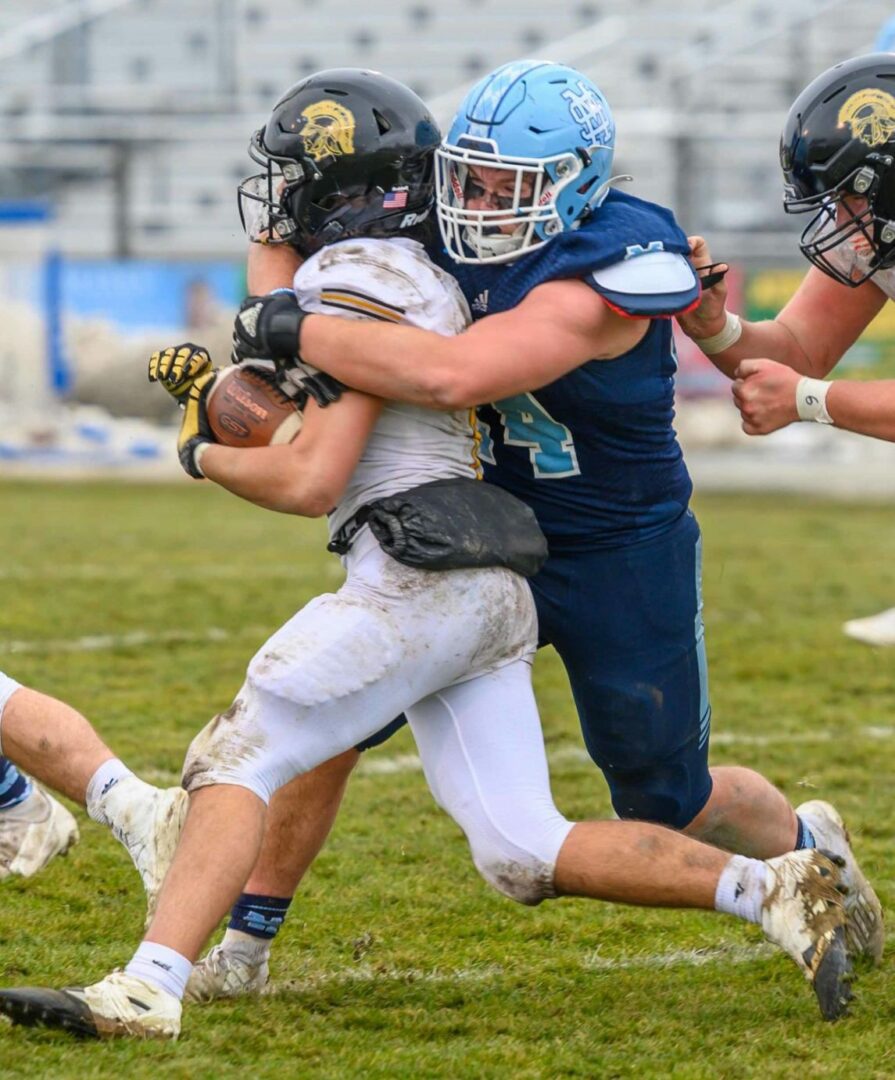 Rose scored his first touchdown of the day on the next drive on a 20-yard run to narrow the score to 16-14 with 7:35 to play in the half. The Trojans added another score before the half on a 24-yard touchdown run by Carson Hall, to extend the lead to 24-14 at halftime.

Mona Shores punted on each of its first two drives of the second half, with the second one pinning TCC back at its own four-yard-line. Two plays later, Rose snagged an interception and the momentum with the 15-yard pick-six.

The Trojans went three-and-out on their next drive, and the Sailors got the ball back and marched down the field to take the lead. Rose found Gary Humphrey III for a 10-yard touchdown pass with 14 seconds left in the third quarter, and the two-point conversion left the score 30-24 in favor of Mona Shores.

Rose came up with another interception on TCC’s next drive and returned it from midfield to the Trojan six-yard-line. On the next play, he punched in another rushing touchdown to put the Sailors up 36-24 with 10:48 to play.

The Sailor defense forced a turnover on downs on the next drive and Rose led the offense on a 10-play, 53-yard drive that took 6:50 off the clock. He capped the drive with an 8-yard score to put the Sailors up 43-24.

The Trojans added a touchdown with a minute to play to bring the final score to 43-30.

Johnson ran for 70 yards for the Sailors. Humphrey had two catches for 22 yards to lead the receivers, while Khyree Hamel had eight tackles and Jeff Lenardowicz had seven for the defense.

Burnham totaled 133 yards rushing, 133 yards passing and a team-high 12 tackles for TCC. Hall ran for 59 yards and hauled in three catches for 38 yards. Carson Bourdo had 41 rushing and 34 receiving yards. 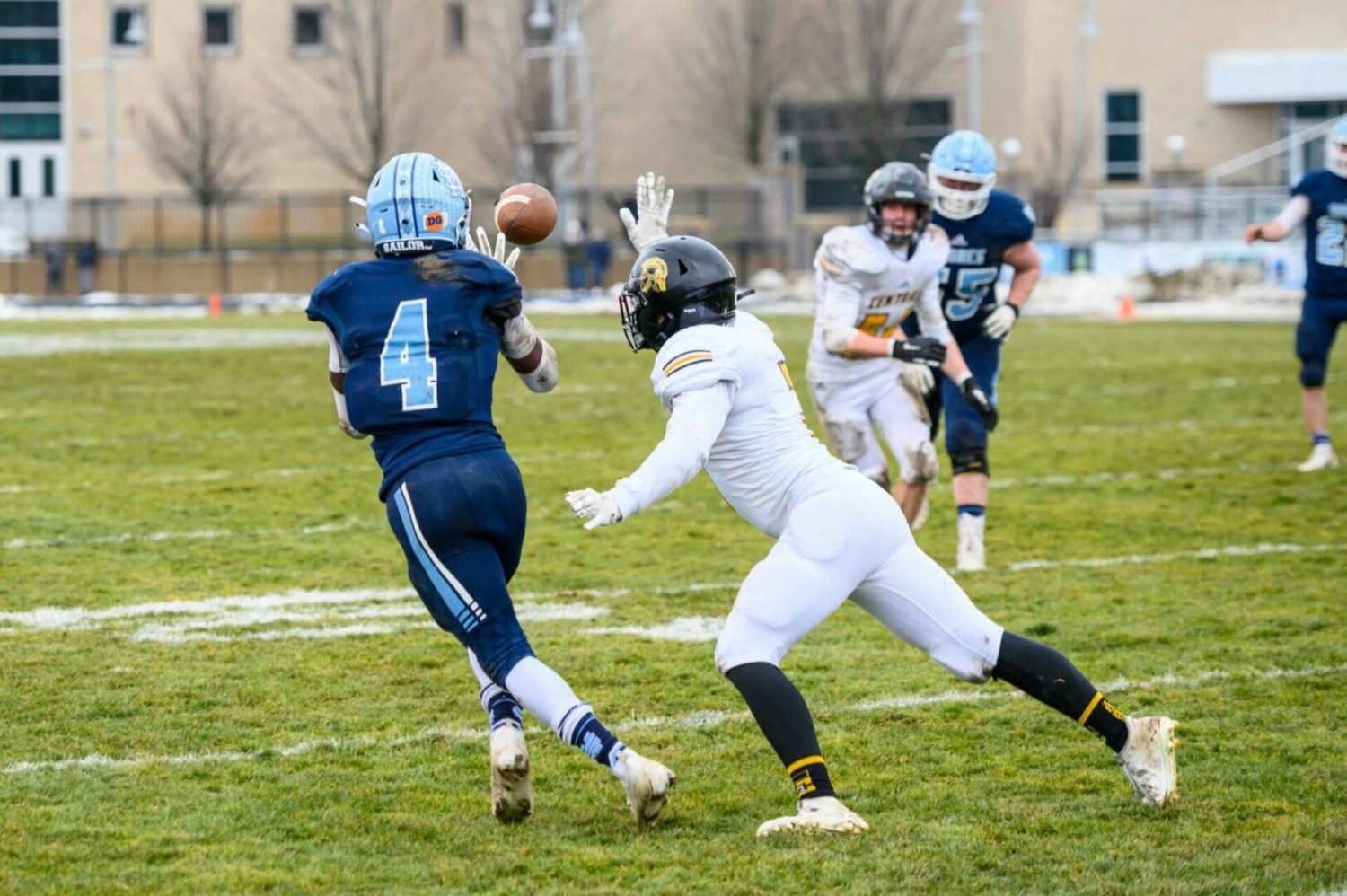 Brady Rose fires a strike to Gary Humphrey, who turns around and walks in for the touchdown. Photo/Eric Sturr 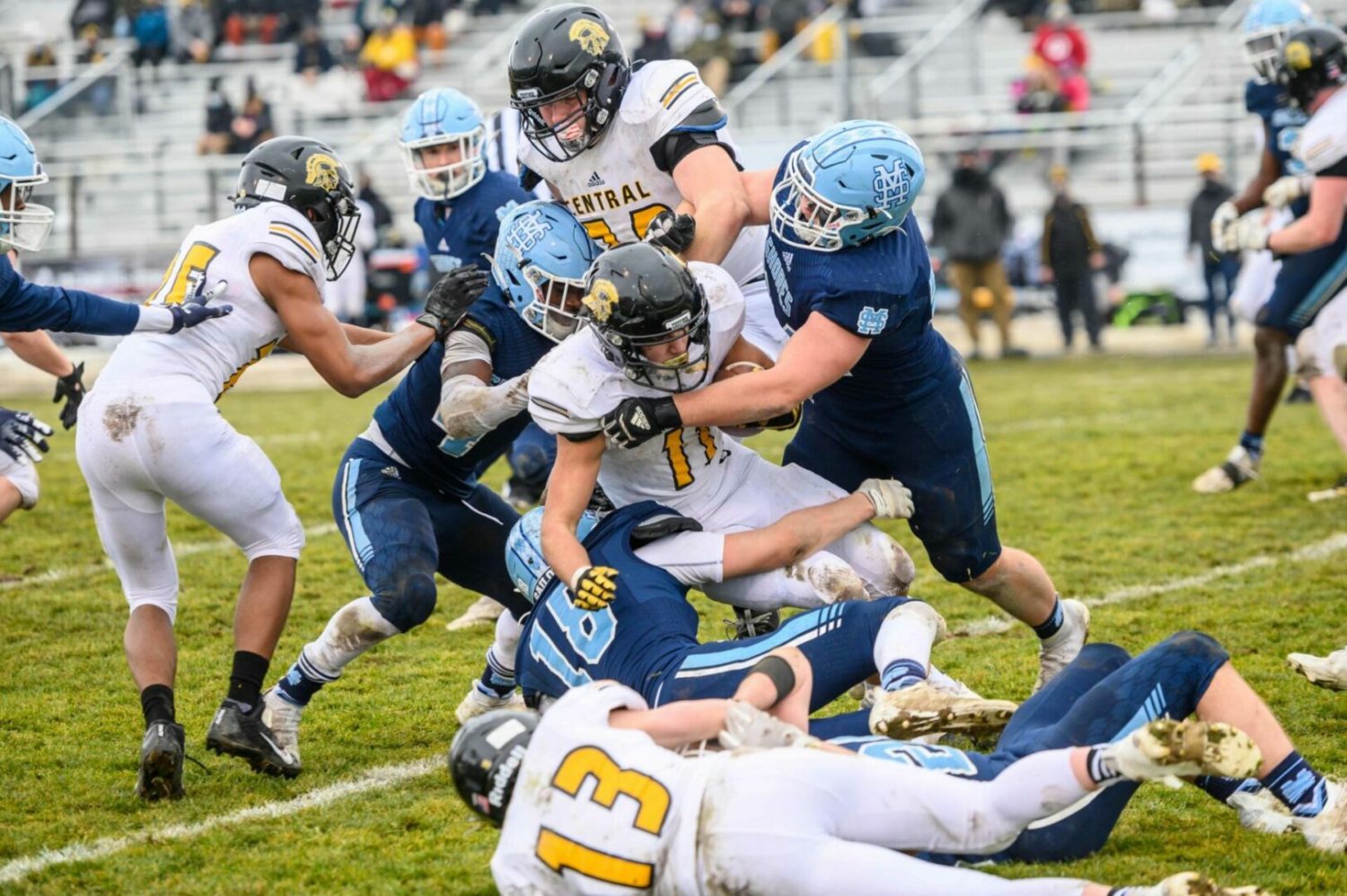 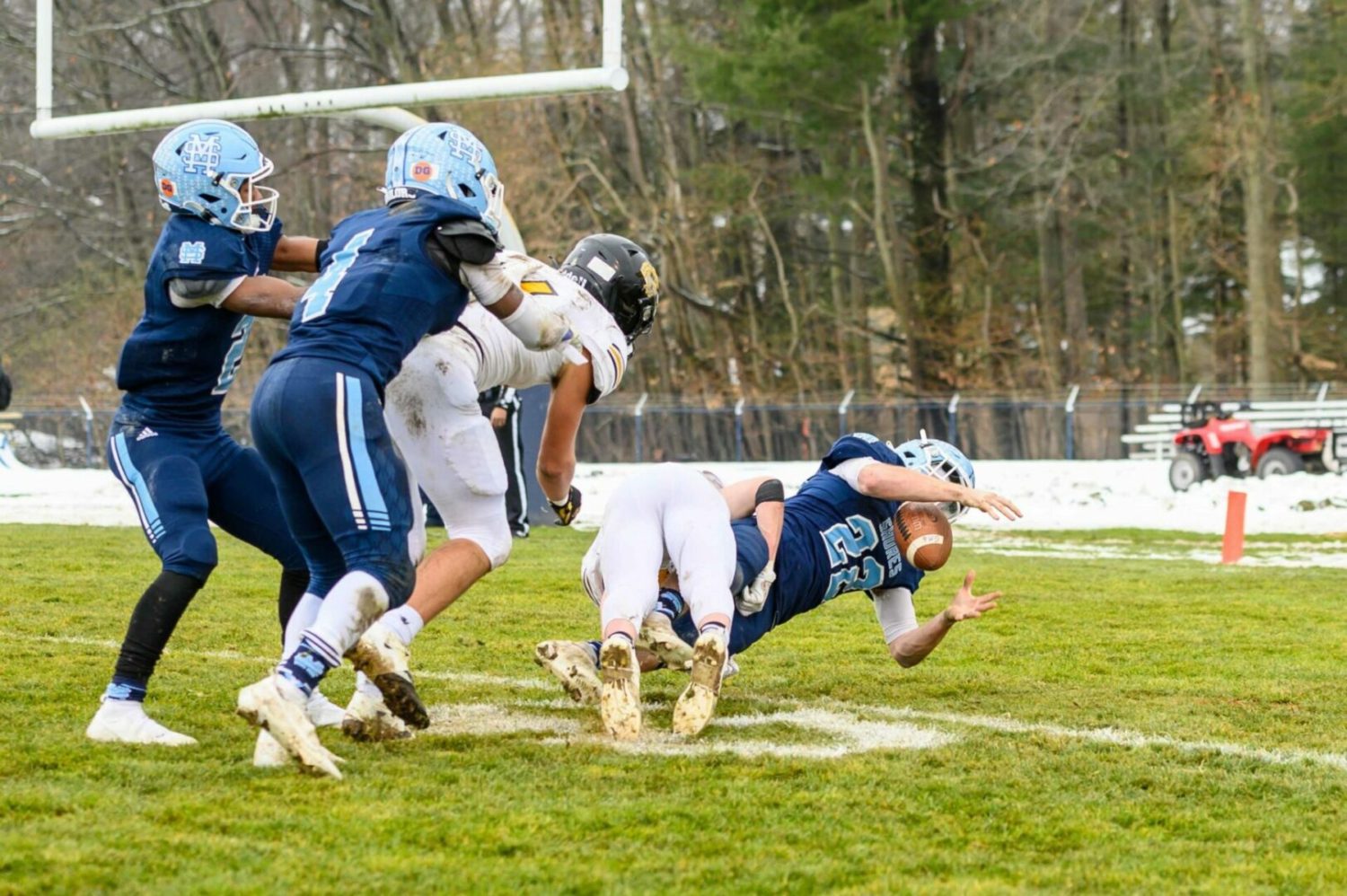 Brady Rose carries a defender across the goal line for a Sailor touchdown. Photo/Eric Sturr 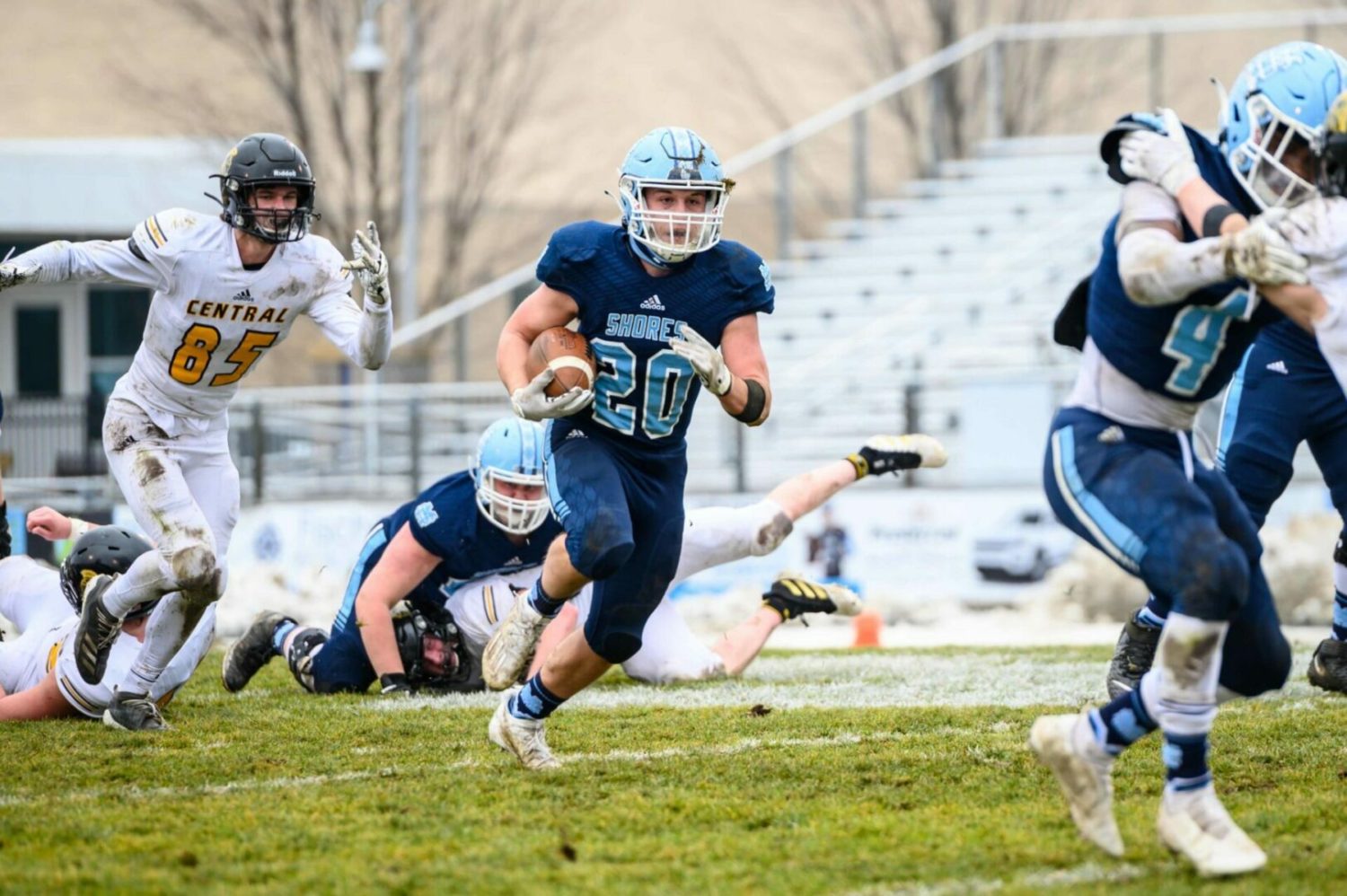 Elijah Johnson has daylight for a Sailor first down. Photo/Eric Sturr 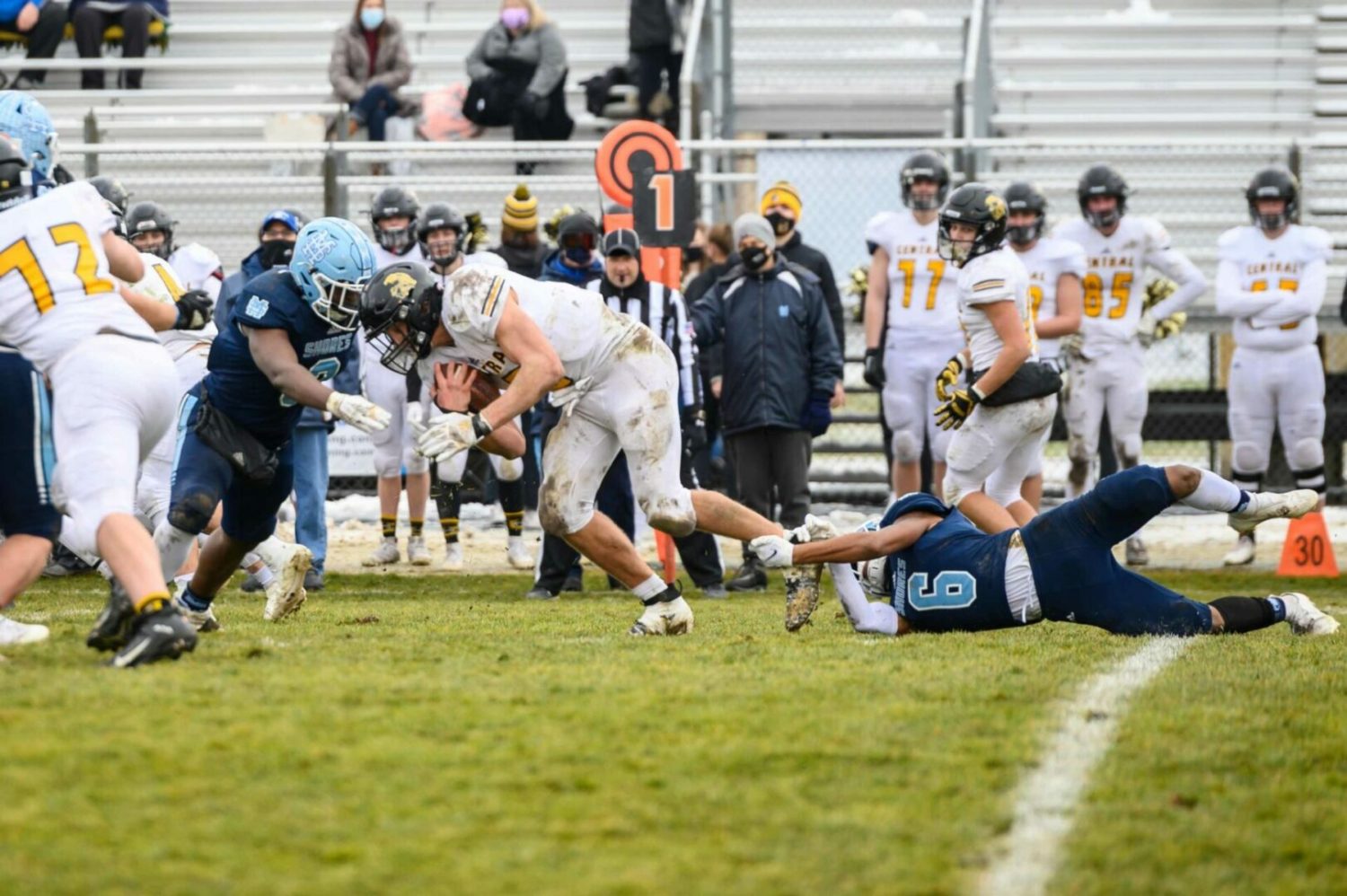 Grant wins, moves on to Class B volleyball district final against Fremont