Ed Bailey didn’t take the conventional approach when he took over the Muskegon Catholic Central volleyball team this summer.

Instead, Bailey invited anyone who wanted to play the game into the gym and went back to basics as the veteran coach trained his team on the fundamentals of the sport.

No one would be missing anything, no matter how much experience they had.

“He made it fun that we didn’t think we were going back to basics and it really helped and it set the tone for the season,” said senior outside hitter Erin LaVigne. “He makes all of us laugh every day. When we make mistakes and aren’t doing our best, he corrects it immediately rather than saying ‘Let’s go back to this.’ “

MCC Coach Ed Bailey talks with his team during a timeout at the GMAA city volleyball championships at Orchard View on Oct. 16. Photo/Michael Banka

Bailey took an impressive resume with him to the job, from his 1994 state championship and 1993 runner-up finish at Holton to his success the past three seasons at Muskegon Community College, where the team went undefeated last season and made nationals only to miss the tournament after a positive COVID-19 test.

“It really deflated me last year,” Bailey said. “… So, I decided to maybe look around. I was kind of looking and this one just popped up.

“It’s 10 minutes from my house, it’s a great opportunity to build a program, so I figured I was going to hop on.”

The Crusaders started the season with just nine players, but after an injury and transfer, they were down to seven, meaning they had just one player off the floor at any time. So they called up freshman Emily Muskovin, whose sister Ella Muskovin was already a junior on the team, and added German exchange student Rebecca Henscen, who hadn’t played the game before.

“I still have a lot to give, I feel. It was an opportunity to work with some students that really wanted to excel.”

By his count, this was the fifth time that Bailey came out of retirement to come back and coach a team. But this time was different too, taking over a team that has won plenty of district titles but not a regional title.

They will play in a tri-match at Ravenna with Holton on Thursday before hosting districts with an opener against Fruitport Calvary Christian on Tuesday, Nov. 5.

“It’s interesting to learn with them because coach really has brought so much more to the table that I think has really, really helped us grow,” LaVigne said. “Our growth is really obvious. In practices, in games.

“Our main goal right now is to make less errors. It’s really just about placing balls rather than just giving them back to the other team.”

Bailey said that he has seen tons of growth from this year’s team, starting with junior setter Claire LaVigne, Erin’s sister, who is thinking through her sets more this season rather than just taking the easiest approach.

That has helped the offense around her, including Cara Burkall, Natalie Rich and Elana McGuire. Bailey said that senior libero Emma Maierhauser is one of the area’s best defenders.

He said that one of the best things he has seen from his team is their resilience.

“I think the biggest measuring stick for us is that we can get behind in a set and we can pull that set out,” Bailey said. That never used to happen, according to what parents have told me. We would hang our heads and lose.

“Now, when we get down, we just dig down deeper and we win. It’s really kind of neat to see.

I believe the players are having fun also.” 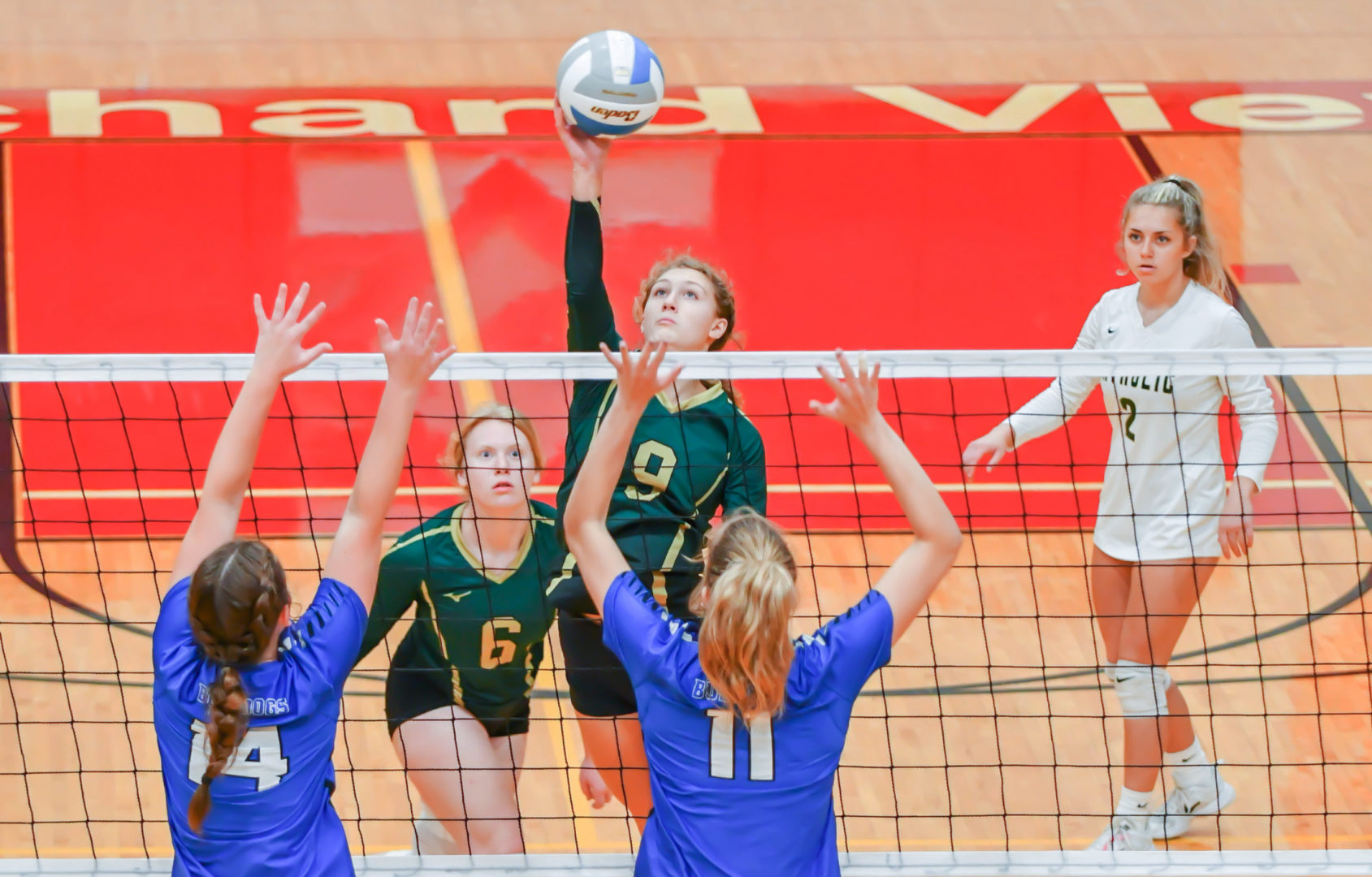 MCC’s No. 9 Erin Lavigne goes for a spike with No. 2 Emma Maierhauser watching and No. 6 Elana LaGuire anticipating a rebound. Photo/Michael Banka

Erin LaVigne can confirm that, including being able to play beside her sister like she does in basketball and soccer, where the Crusaders had only the required 11 to play last season. Despite the numbers issues, Erin LaVigne is confident in her team heading into the postseason.

“Our main goal right now is to win the district,” she said. “We have never won a regional championship, but I think that’s within our reach, especially at the level we’re playing right now. It would be super cool.”

The Crusaders face off against Fruitport Calvary Christian at 7 p.m. in the semifinals. The winner of that game will face the winner of Pentwater and Muskegon Heights in Thursday’s district final.

When tournament time comes, Cinderella teams can win. With Coach Bailey at the helm, the Crusaders’ program has the right mentality that anything can happen when going into the tournament.

Check out more photos of MCC in action shot by photographer Michael Banka. 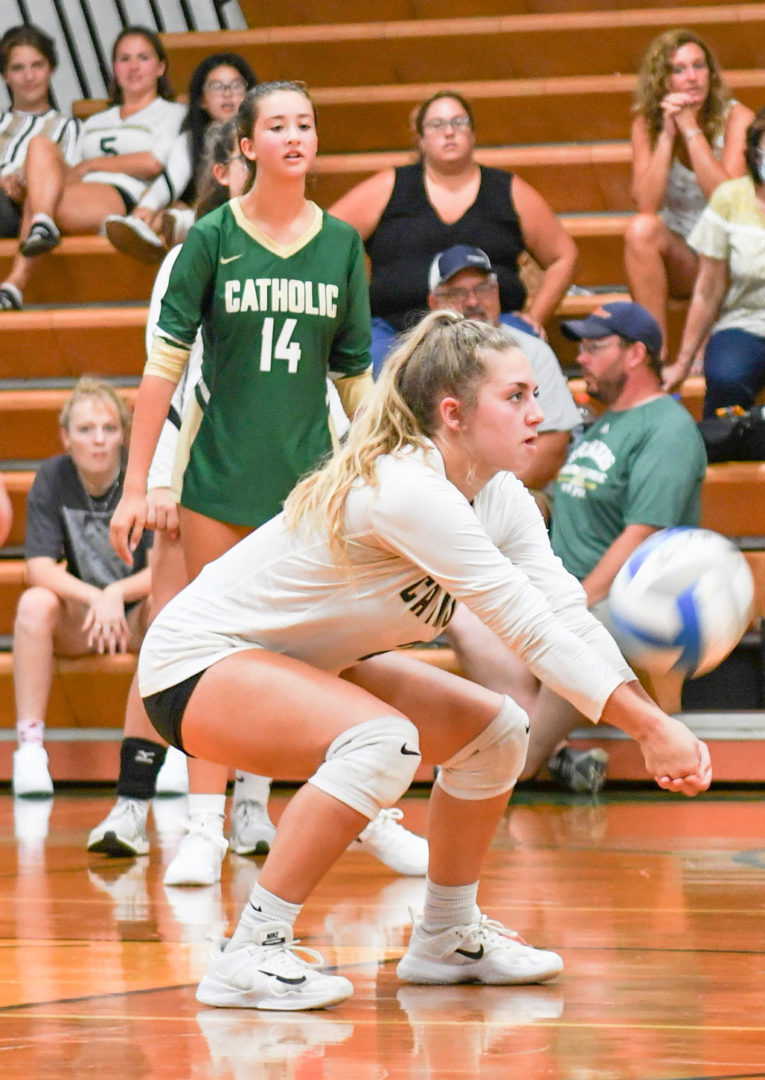 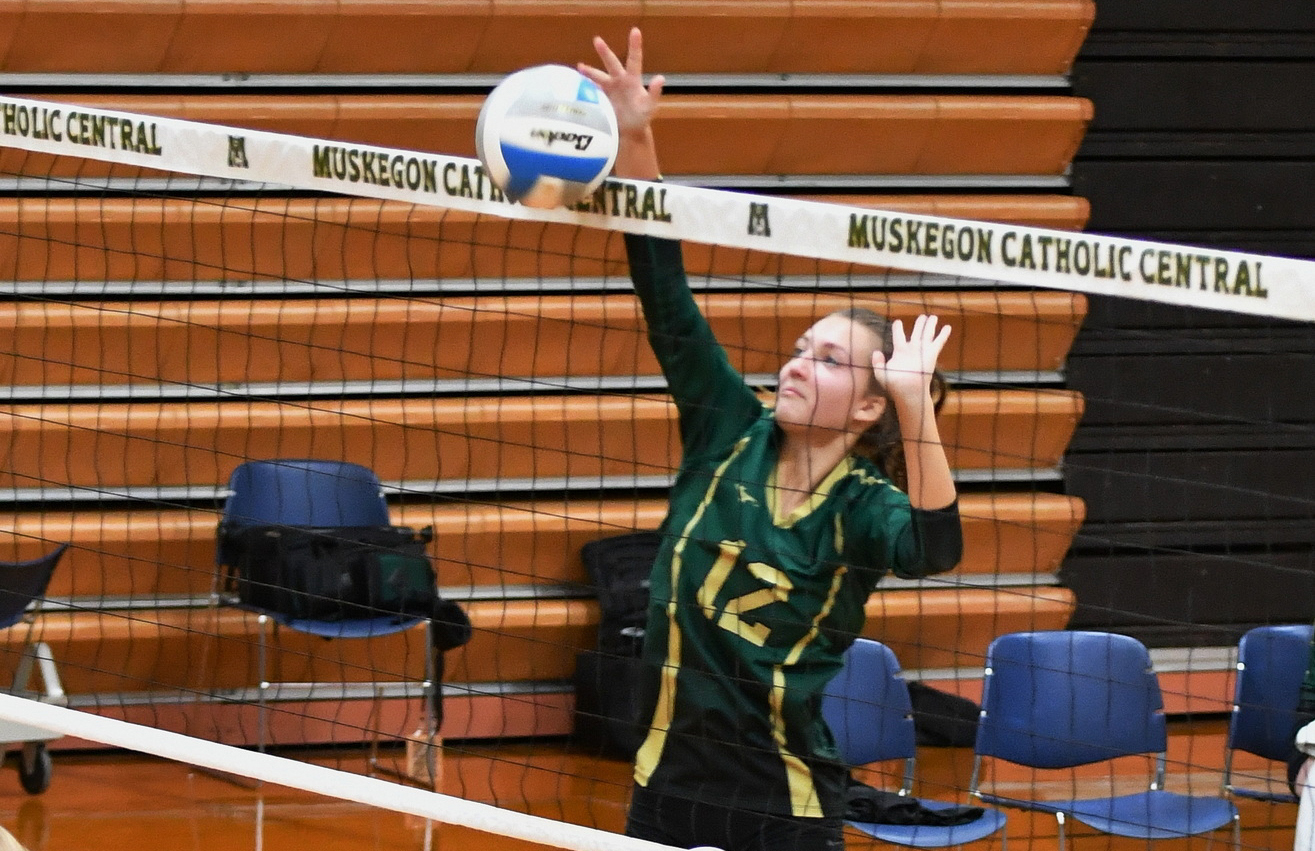 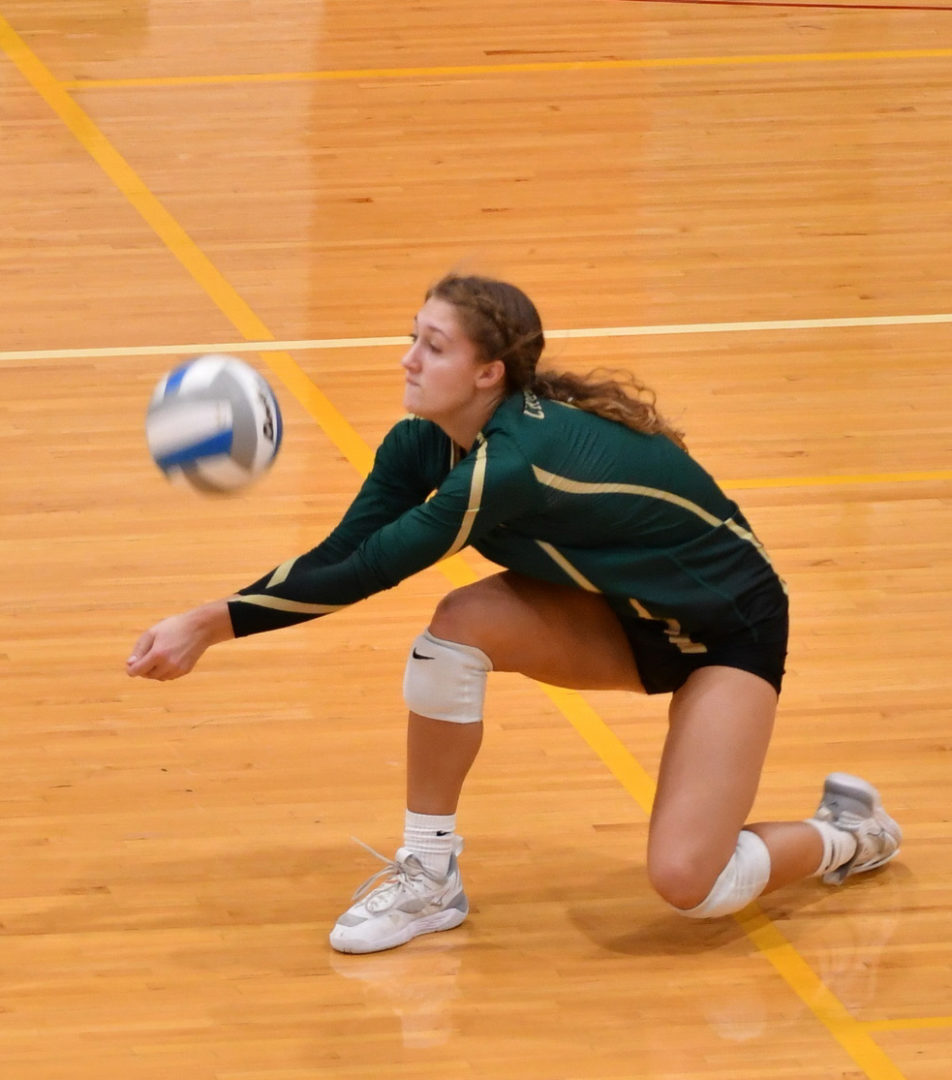 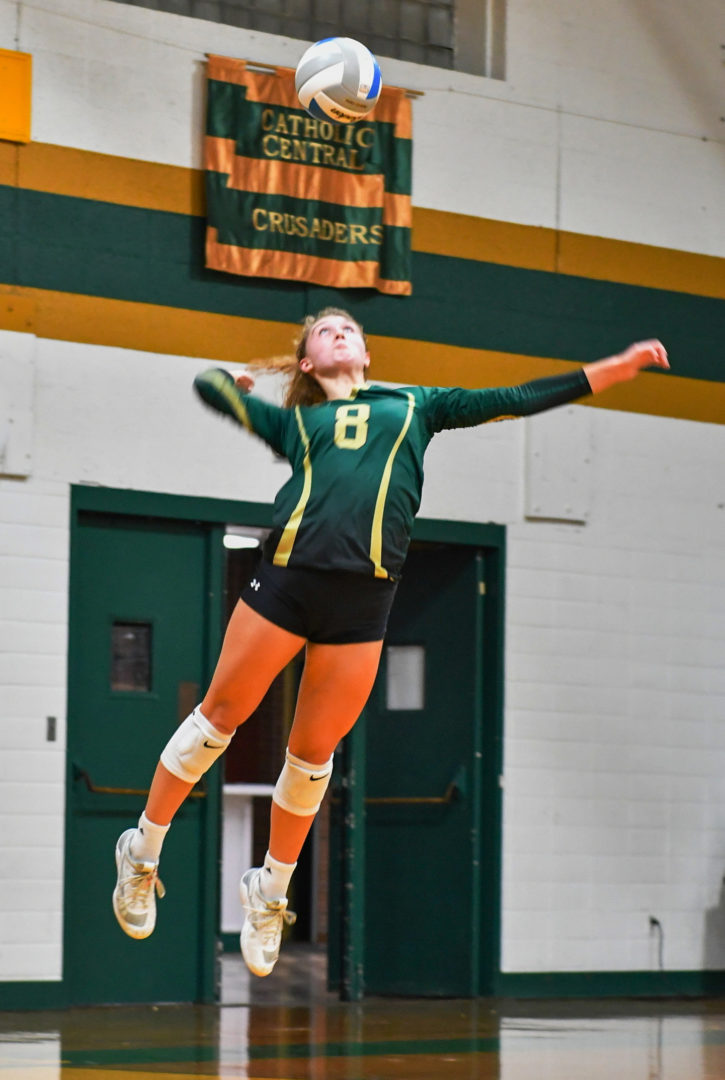 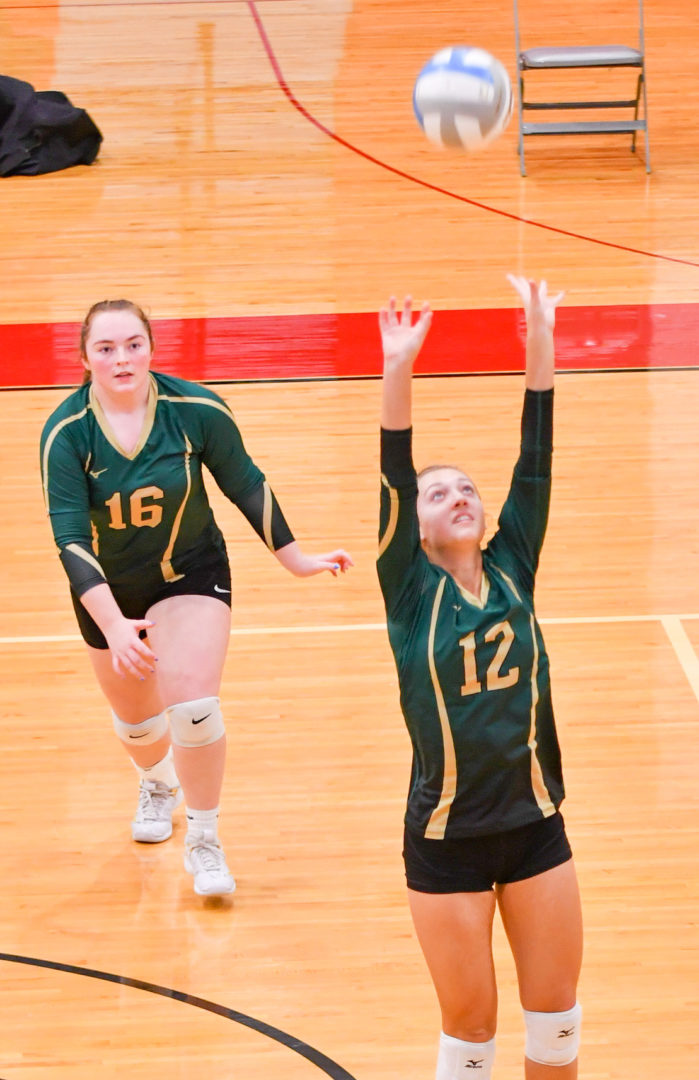 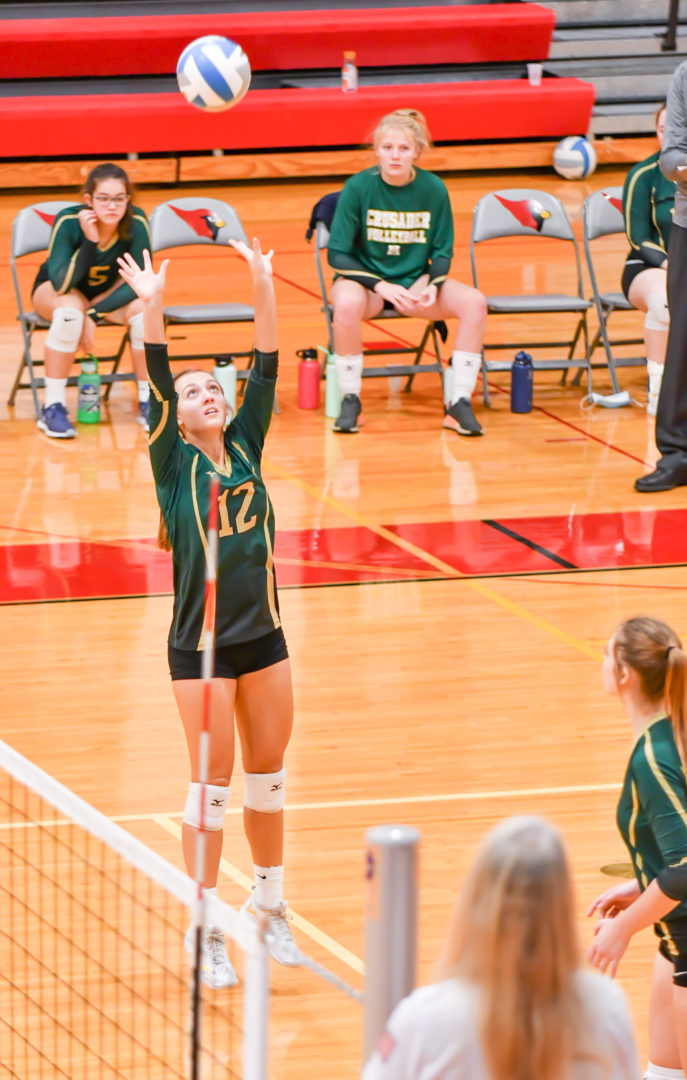 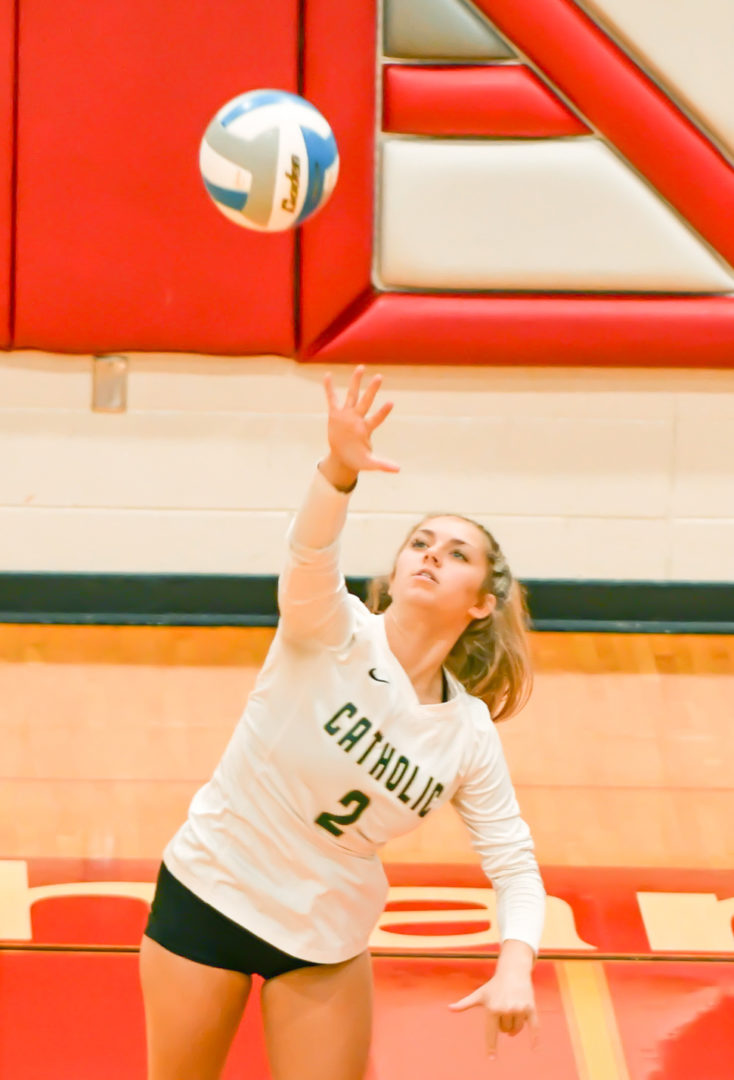 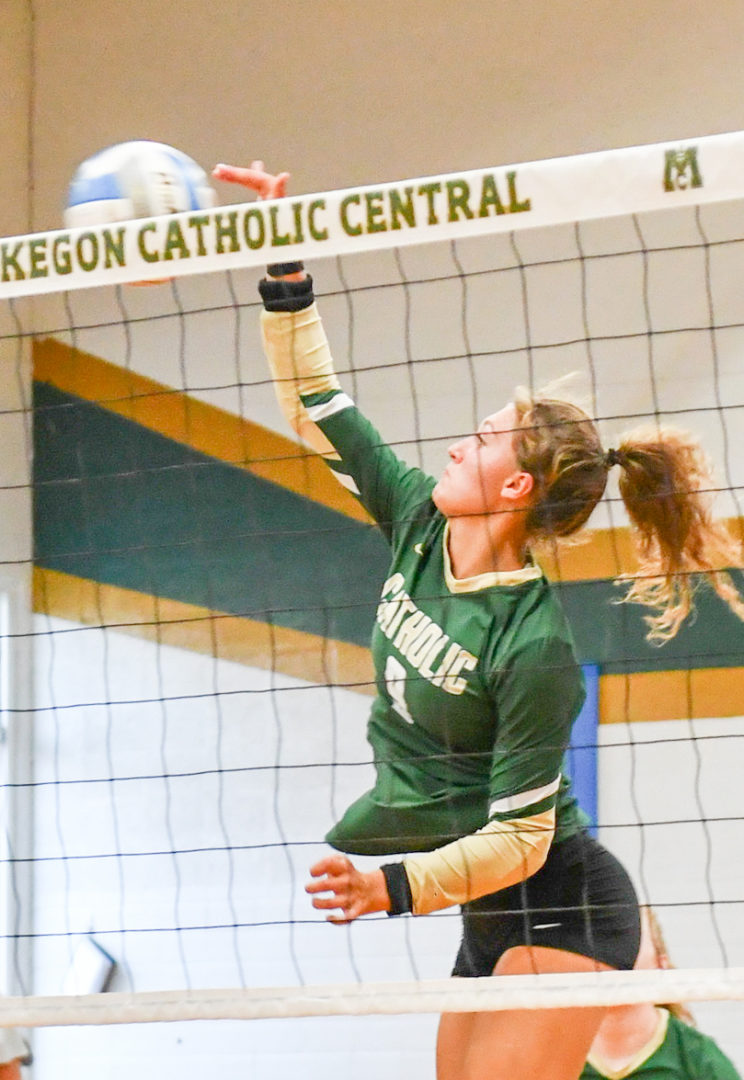 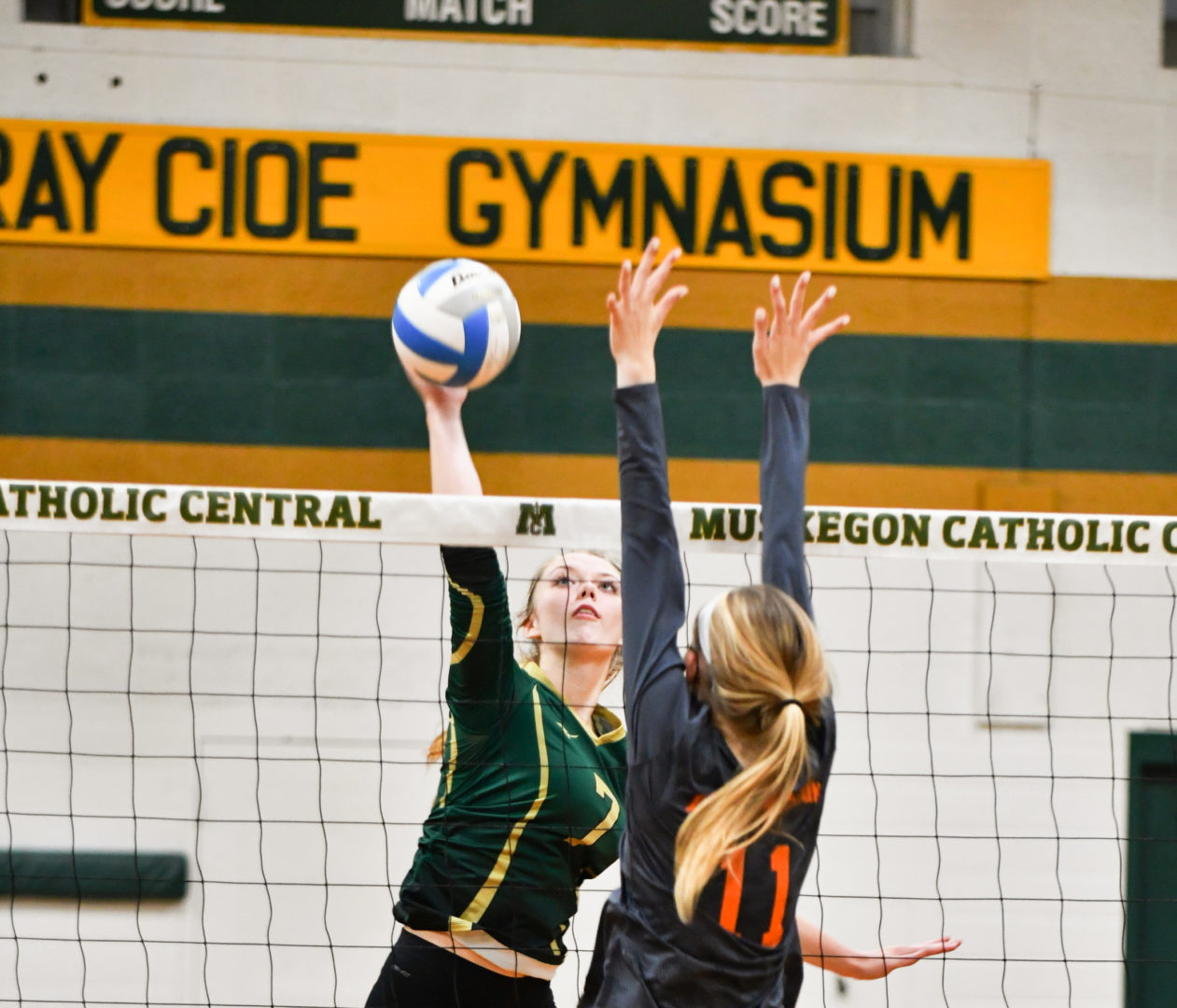 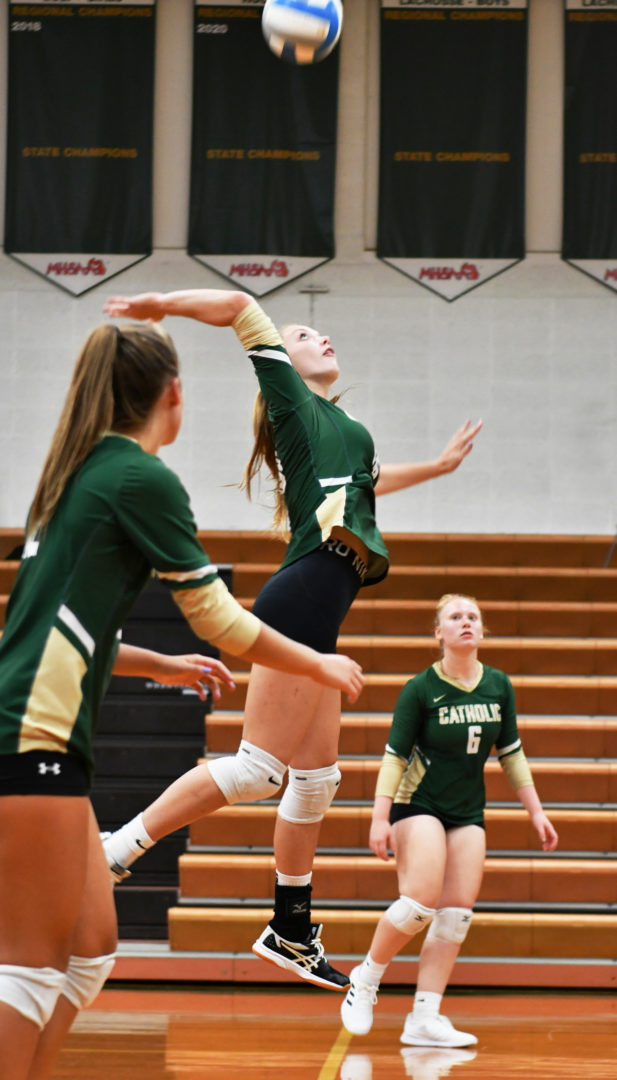 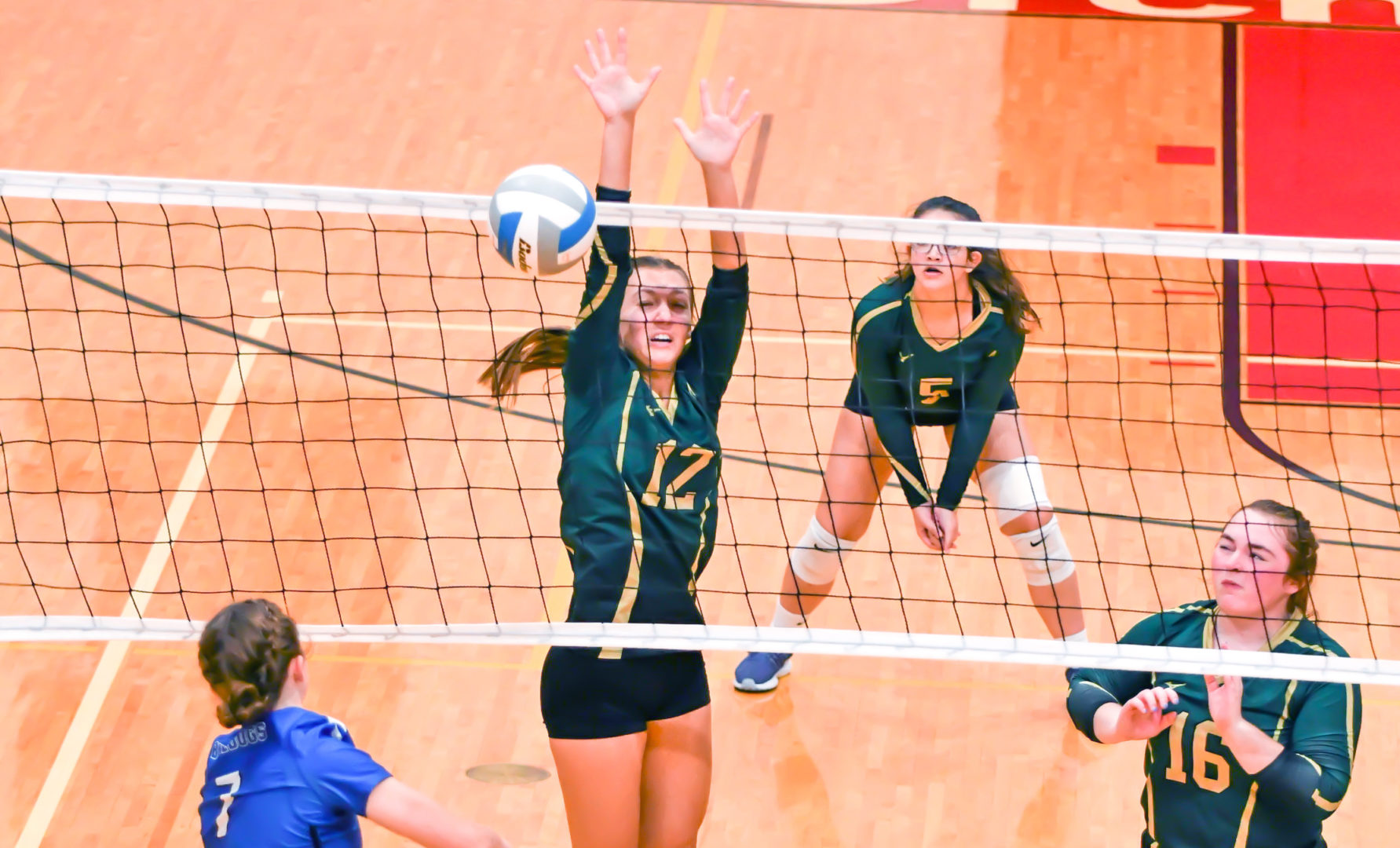