The Spring Lake Lakers and the Reeths-Puffer Rockets are making their district soccer matchups an annual event.

For the sixth straight year, the teams have battled in the Division 2 tournament and, after Tuesday night’s result, the series is now tied at three games each.

The Lakers scored three goals before the second half was 10 minutes old and overcame the young Rockets 3-1 in a game played at Eric Marcil Field at Reeths-Puffer High School. The Lakers advance to Thursday’s title game against the Fruitport Trojans, another familiar foe of Coach Jeremy Thelen’s team.

For the first time in six years, the game was not decided by a single goal.

Goals by junior Conrad Bush, senior Porter Saunders and junior Jack Mulder turned a 1-0 halftime deficit into a 3-1 Laker lead. Bush scored with 34:22 left in the second half, Saunders followed 33 seconds later and Mulder capped the scoring 3 minutes after that.

“The boys really responded well after halftime,” Thelen said. “Don’t stress, don’t panic. If you come out of this, we’ll be fine. We’ve scored many goals in the second half of games.”

The host Rockets had taken a 1-0 lead in the opening half on a successful penalty kick by sophomore Liam Smith. Ashton Carpenter was taken down on his rush toward the Laker net and the penalty was whistled.

The 1-0 score at the half had the Spring Lake faithful feeling a bit uneasy while both coaches delivered their halftime message.

“You know, soccer is a weird game,” Thelen said. “They get their break and we keep watching the clock, tick, tick, tick and you’re like, ‘is this really how it’s going to go tonight.’”

“What I saw was a group of desperate guys who did not want to see their season come to an end,” Rocket coach Kody Harrell said. “It’s 12 seniors vs. 10 underclassmen. The bulk of our big minutes are coming from underclassmen. And it’s not just seniors vs. sophomores, but there are 12 guys over there whose careers could come to an end tonight. So, you expect all of their intensity.

Reeths-Puffer’s other quality scoring chance in the opening half came in the opening 2 minutes when Smith center a corner kick to the goal mouth and Liam McHugh’s header skimmed off the top of the crossbar.

Thelen was quick to laud the efforts of his defenders.

“The guys in the back, Jake Barnes, Hunter Malaski, Jaxson Tober, Deagan Carter, those guys all played great tonight” Thelen said, “Kole Pattyn played right in front of them. Amazing job tonight, they all did their job.”

Reeths-Puffer, the OK Green champions, finished the season at 11-6-4. 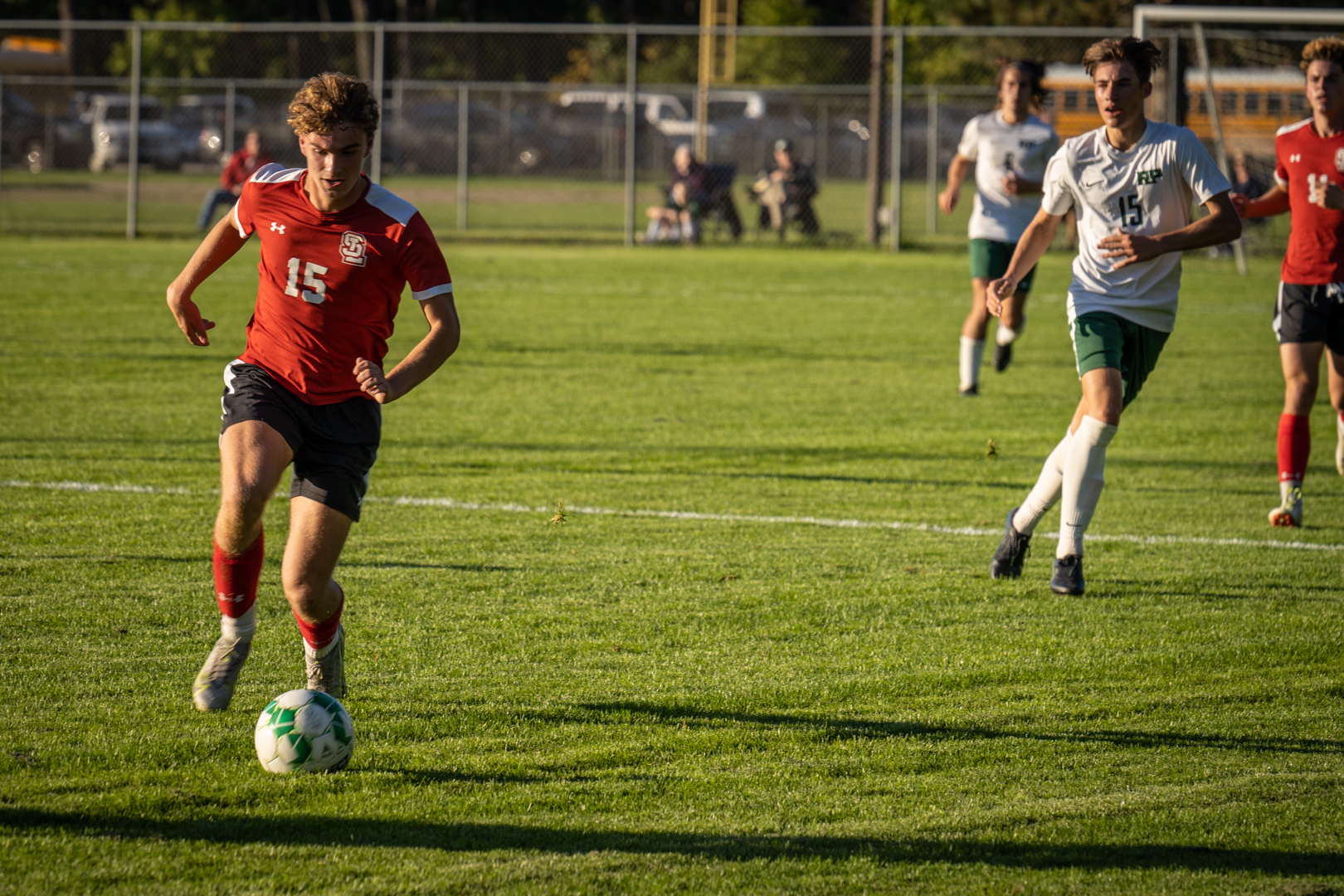 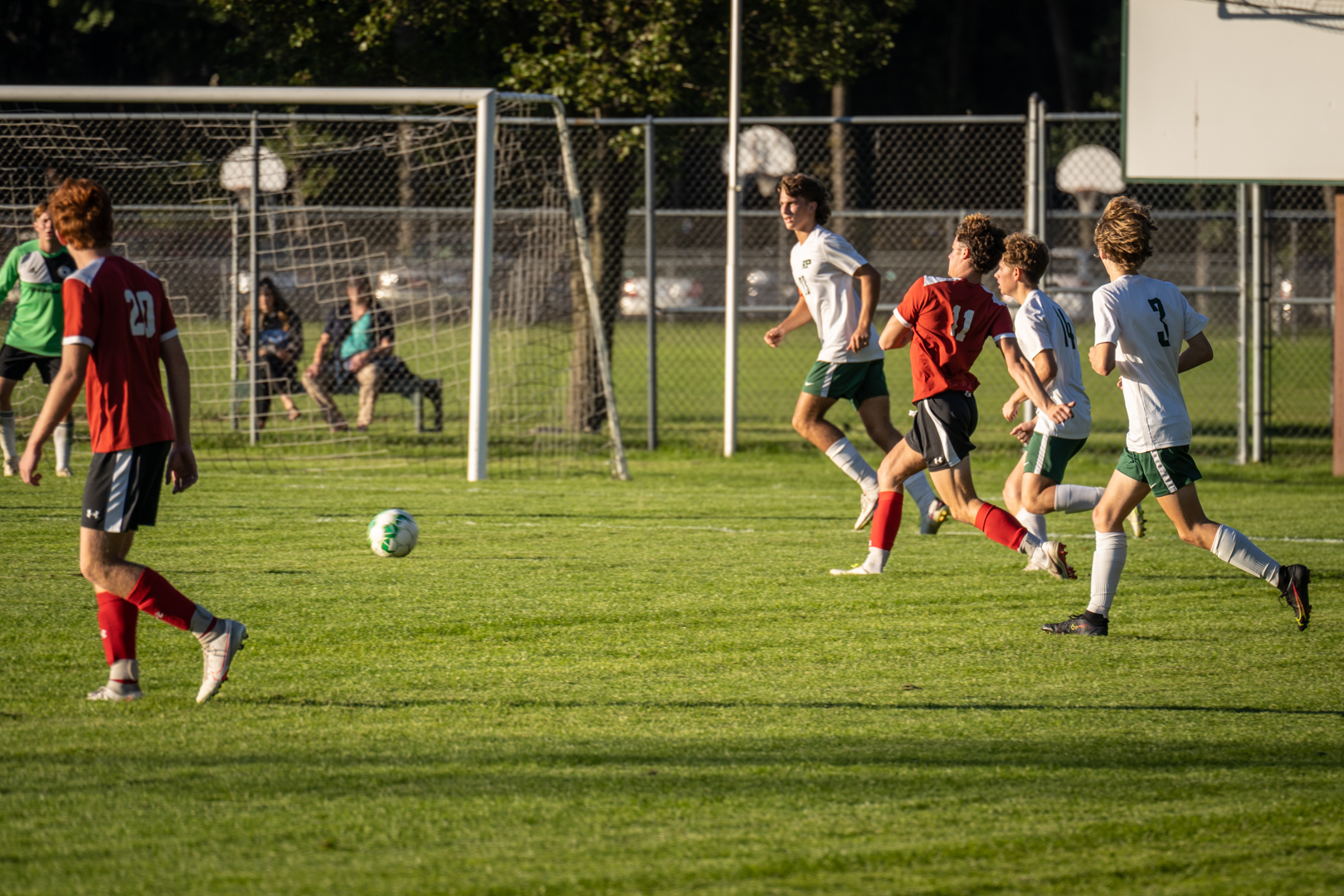 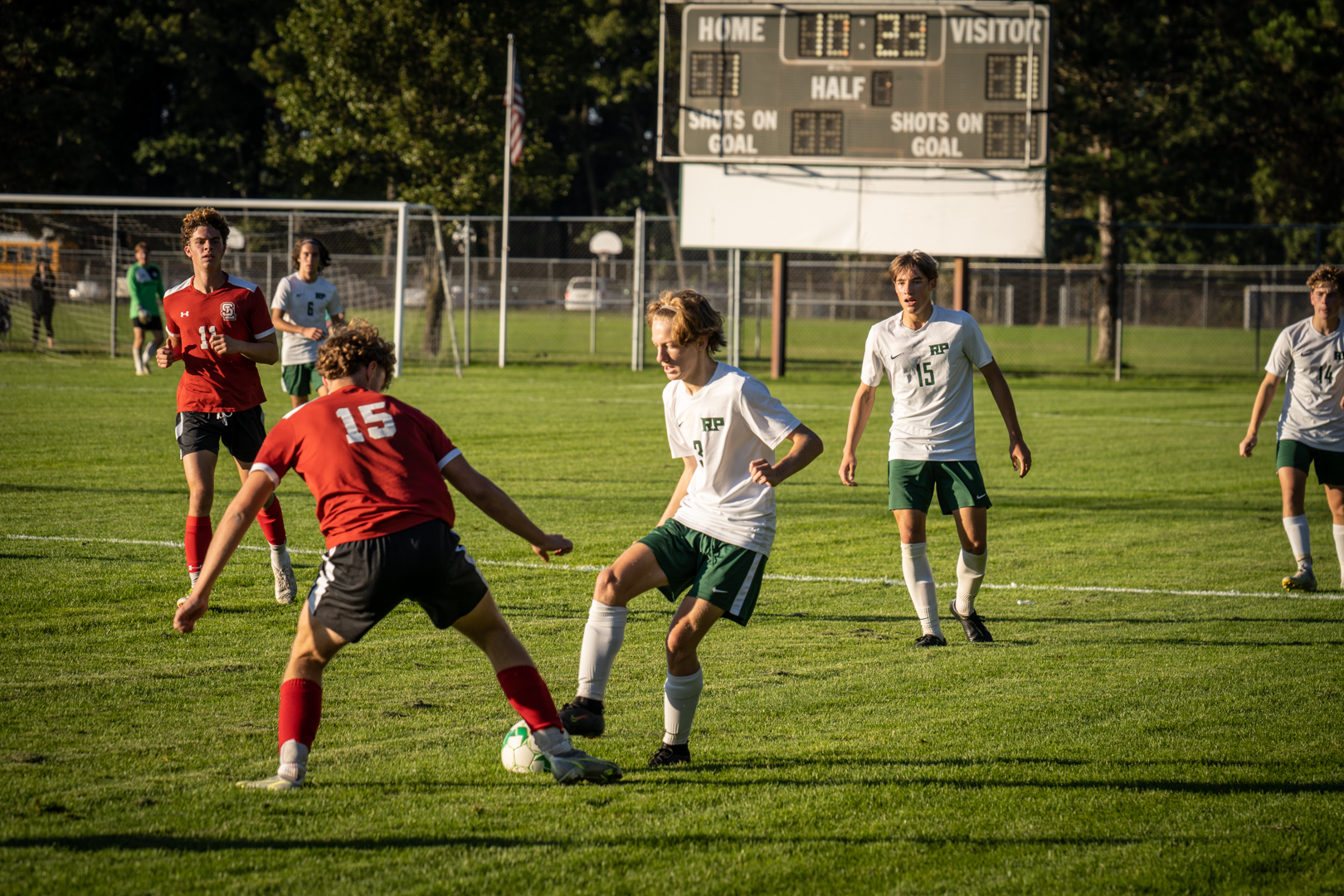 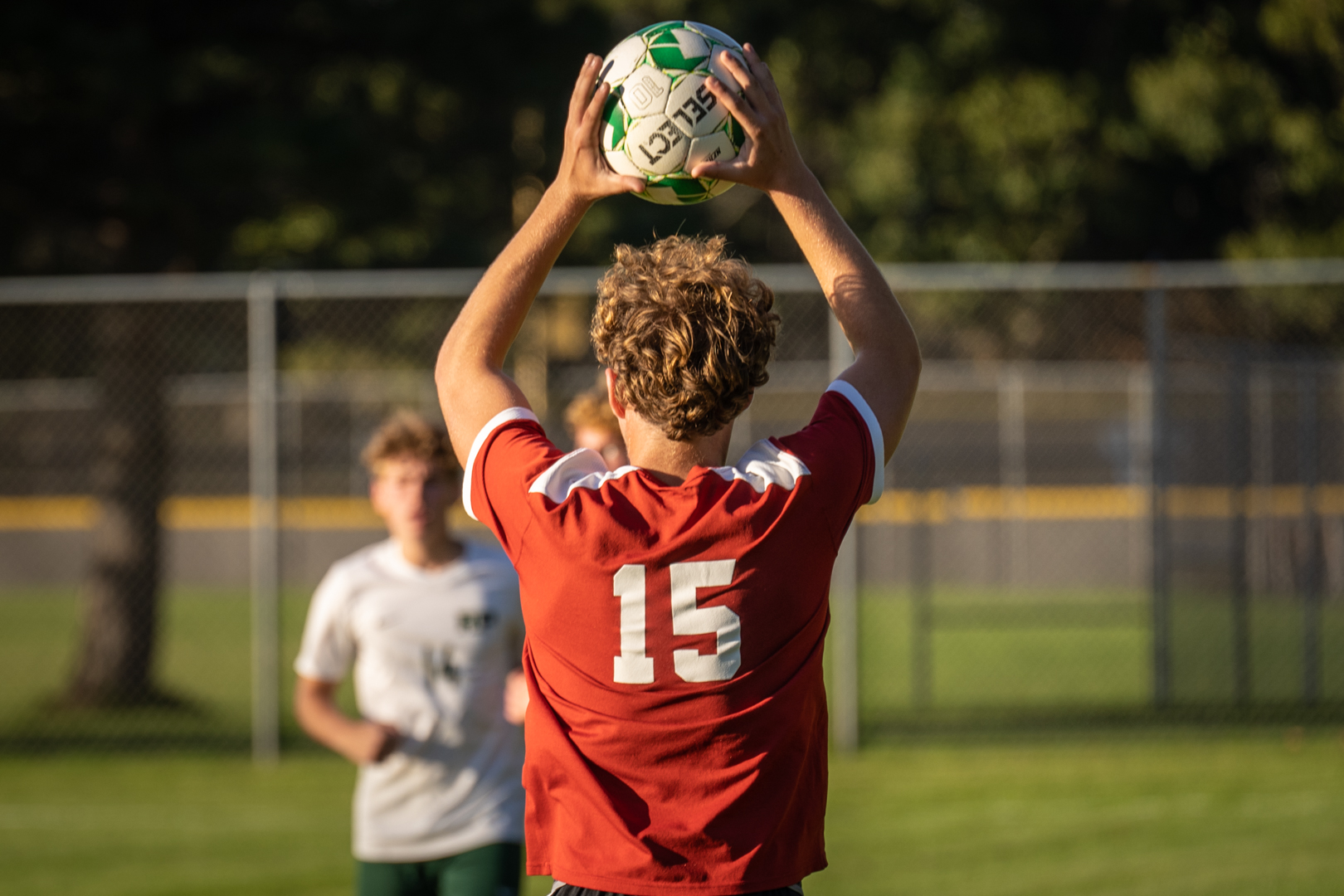 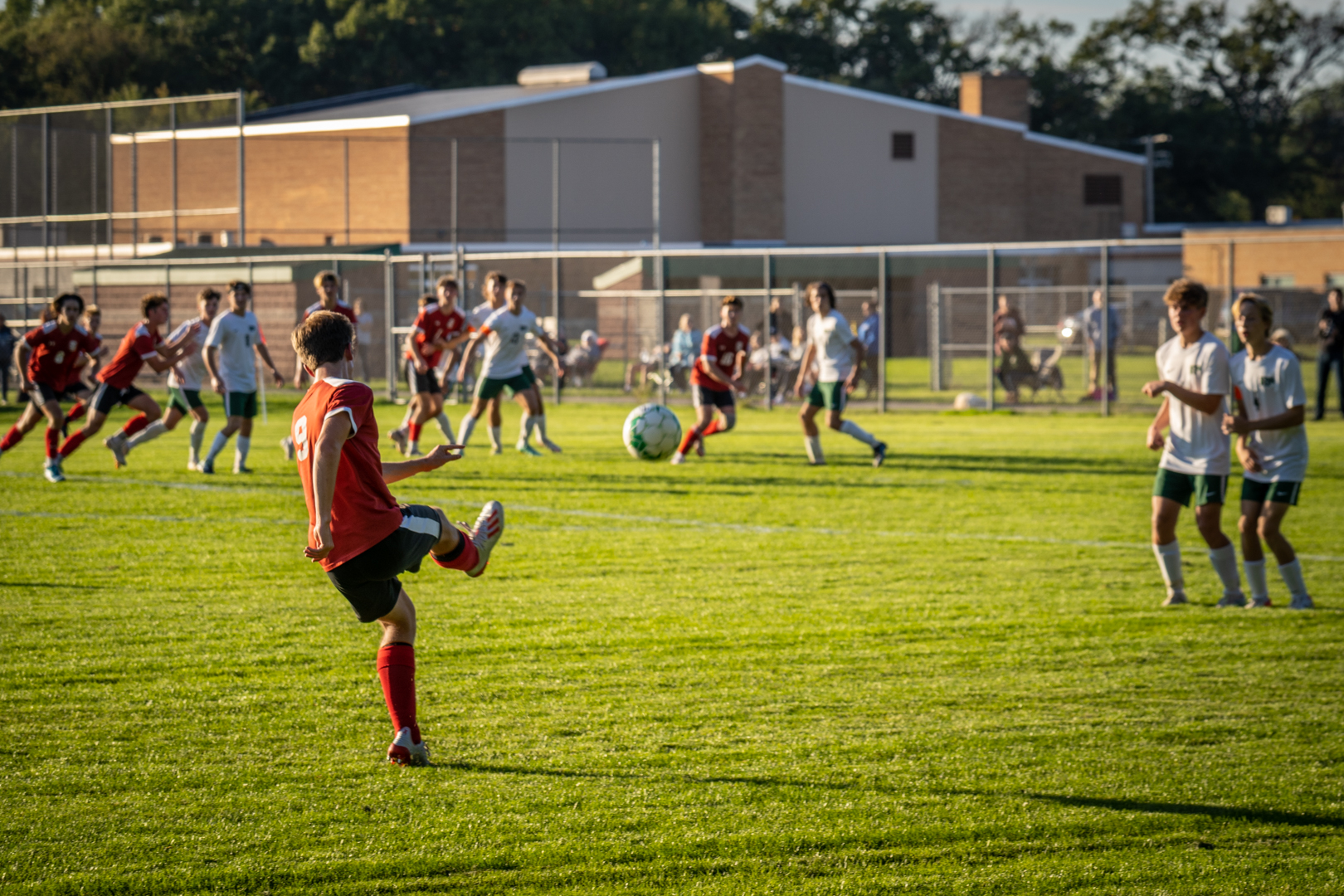 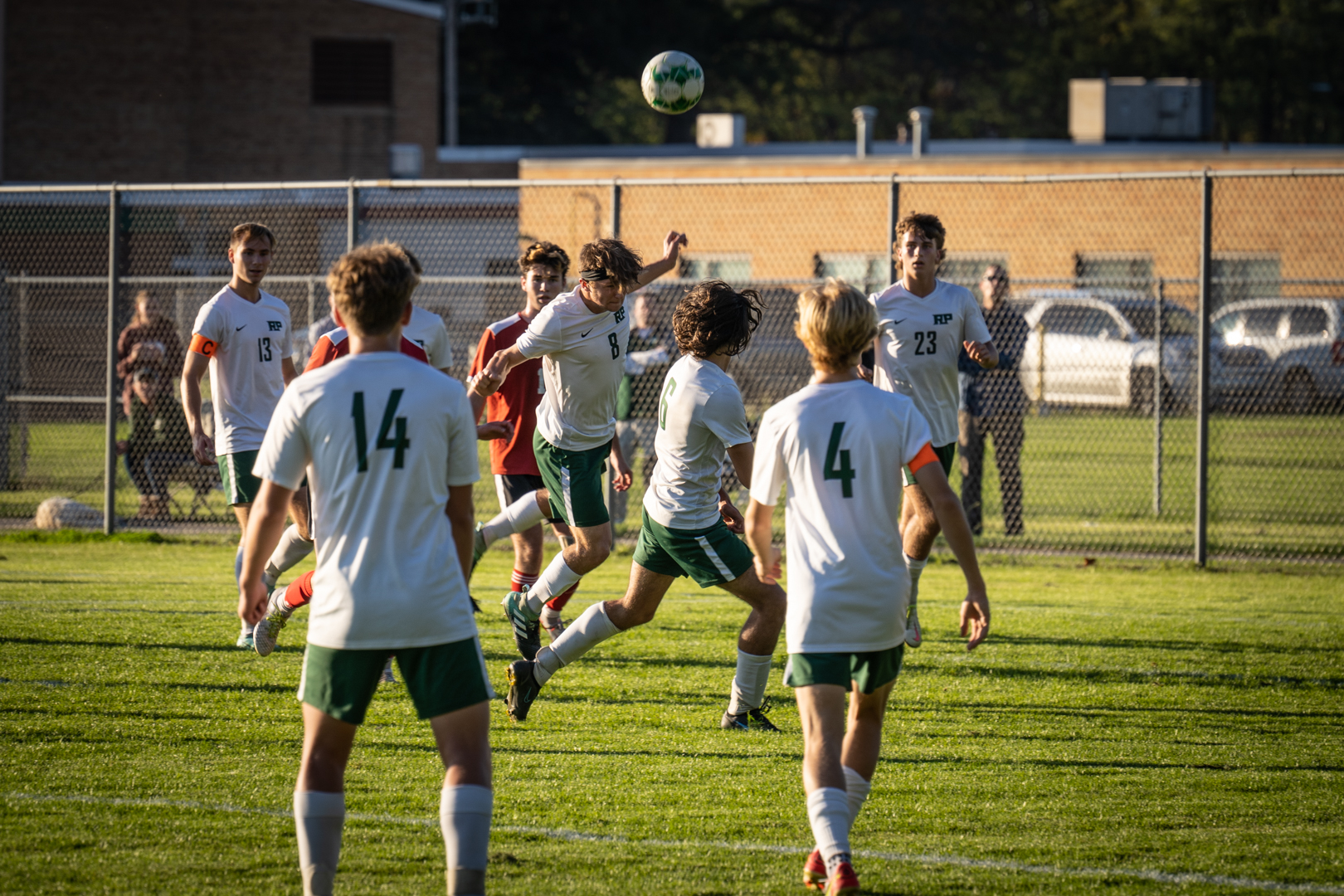 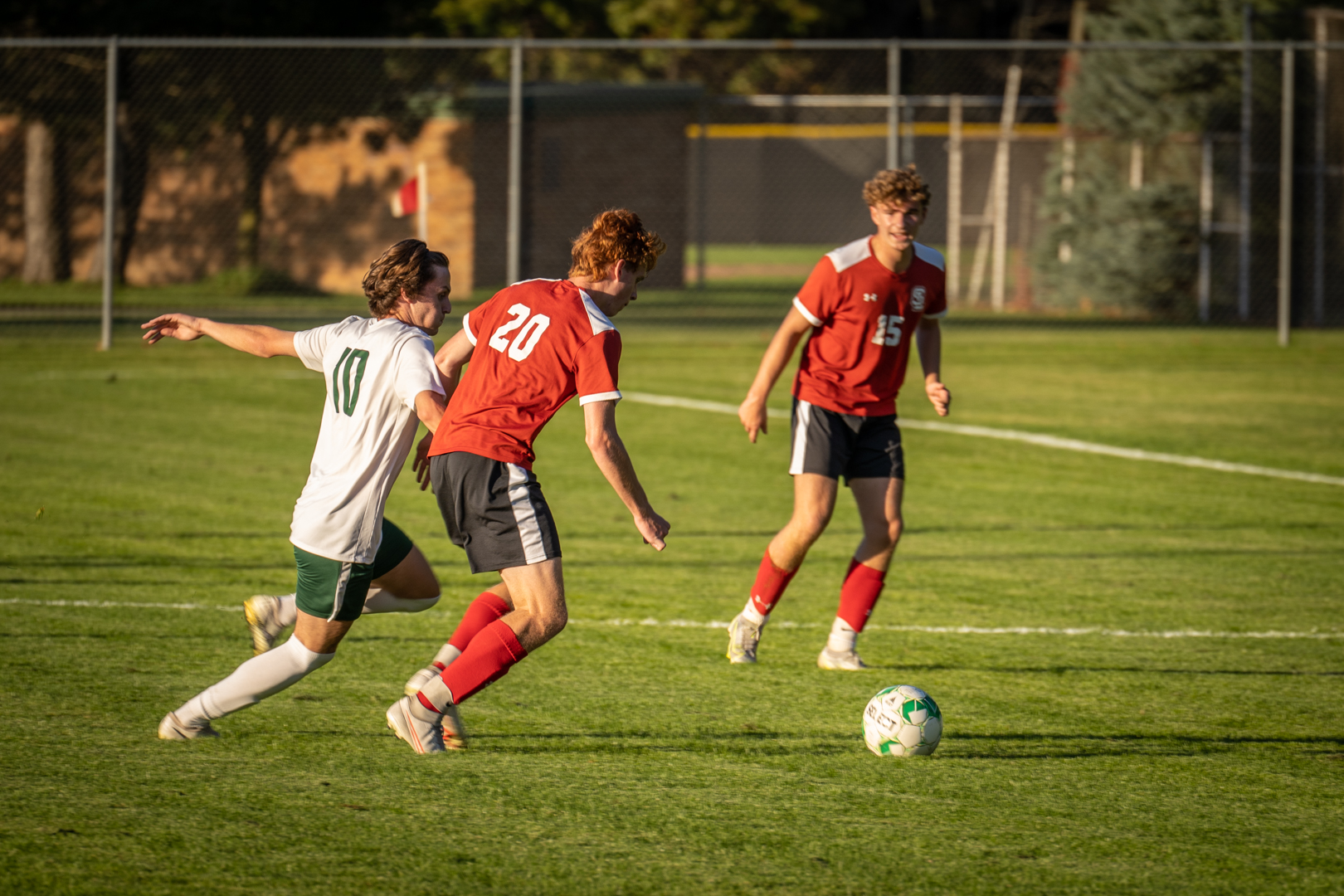 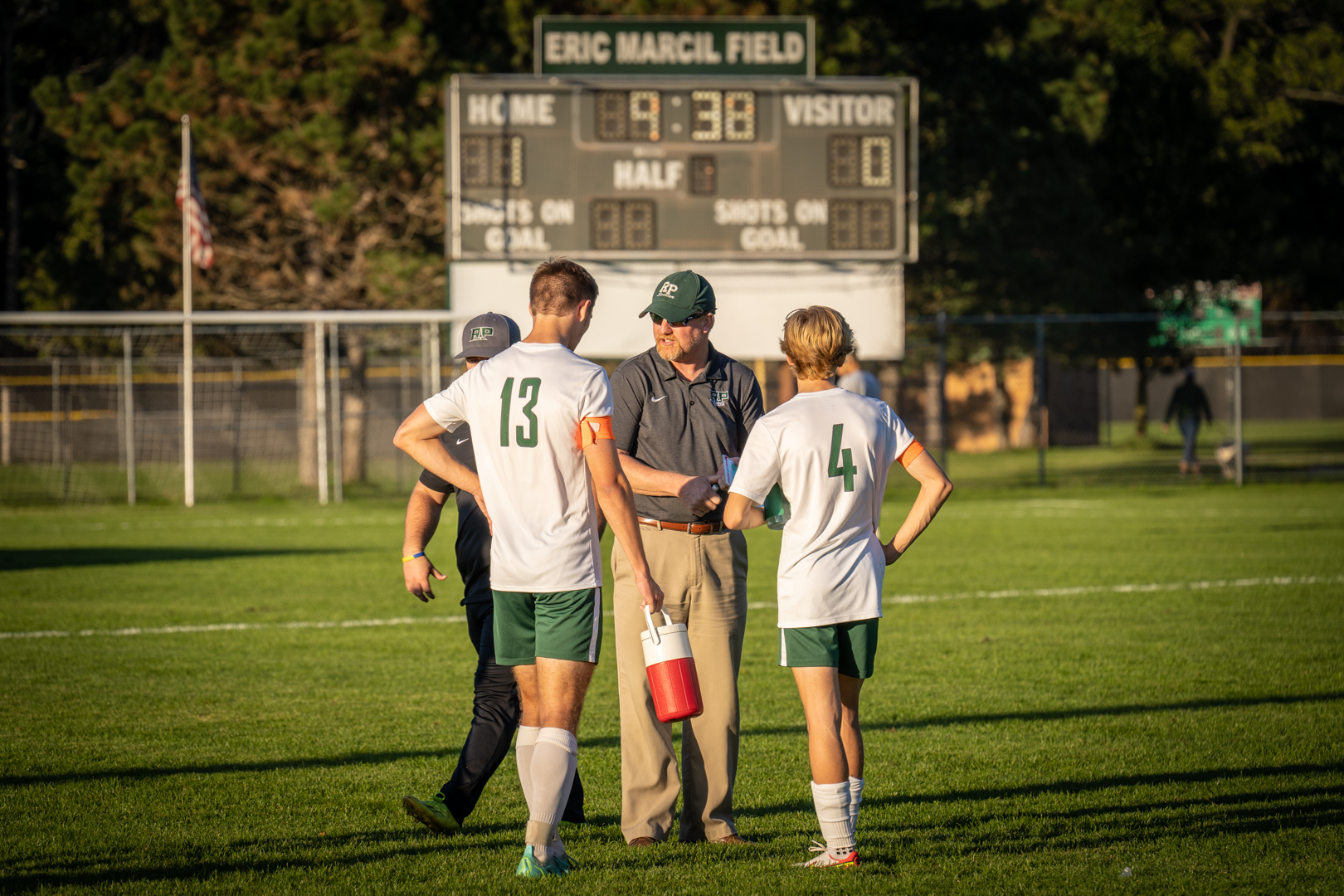 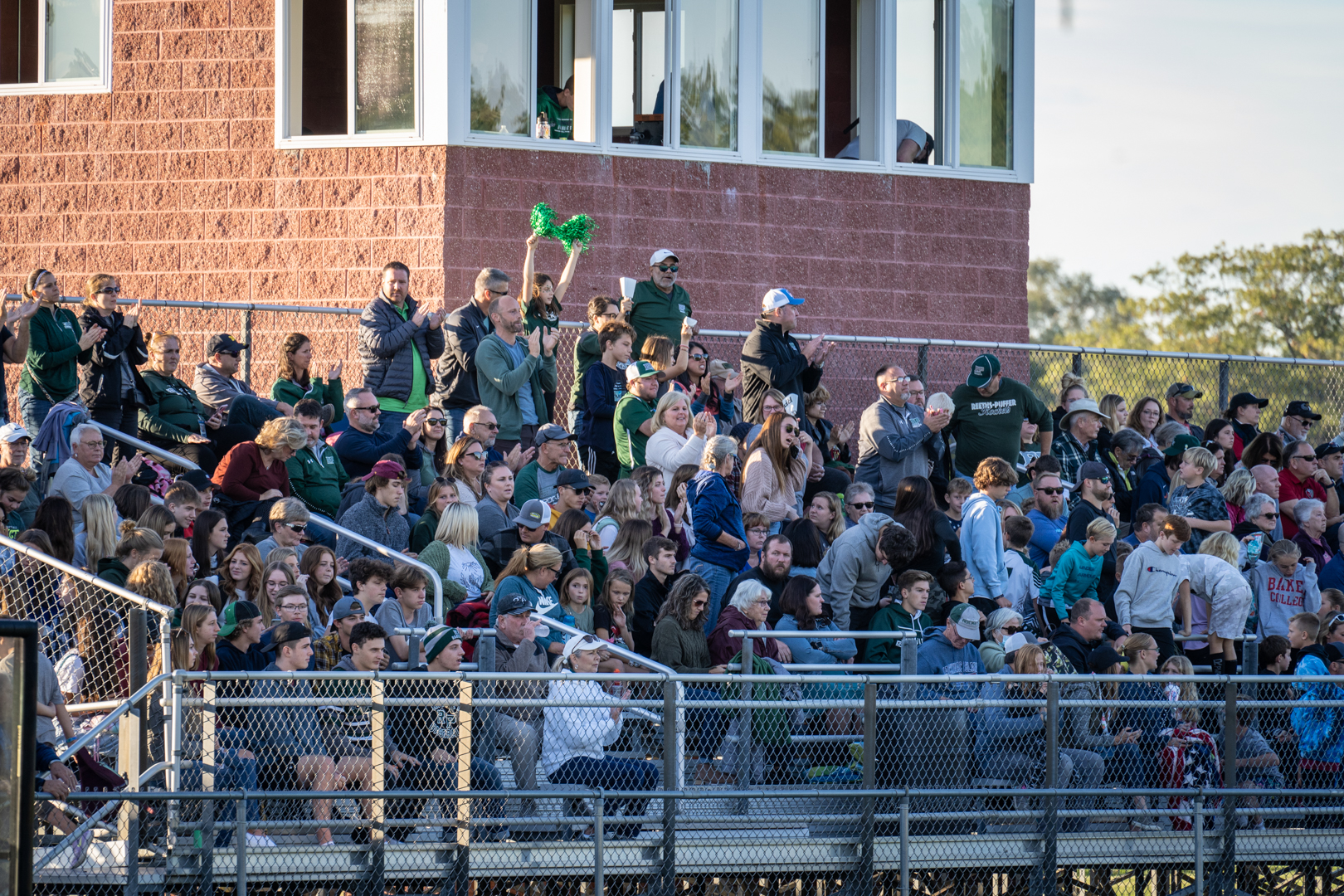 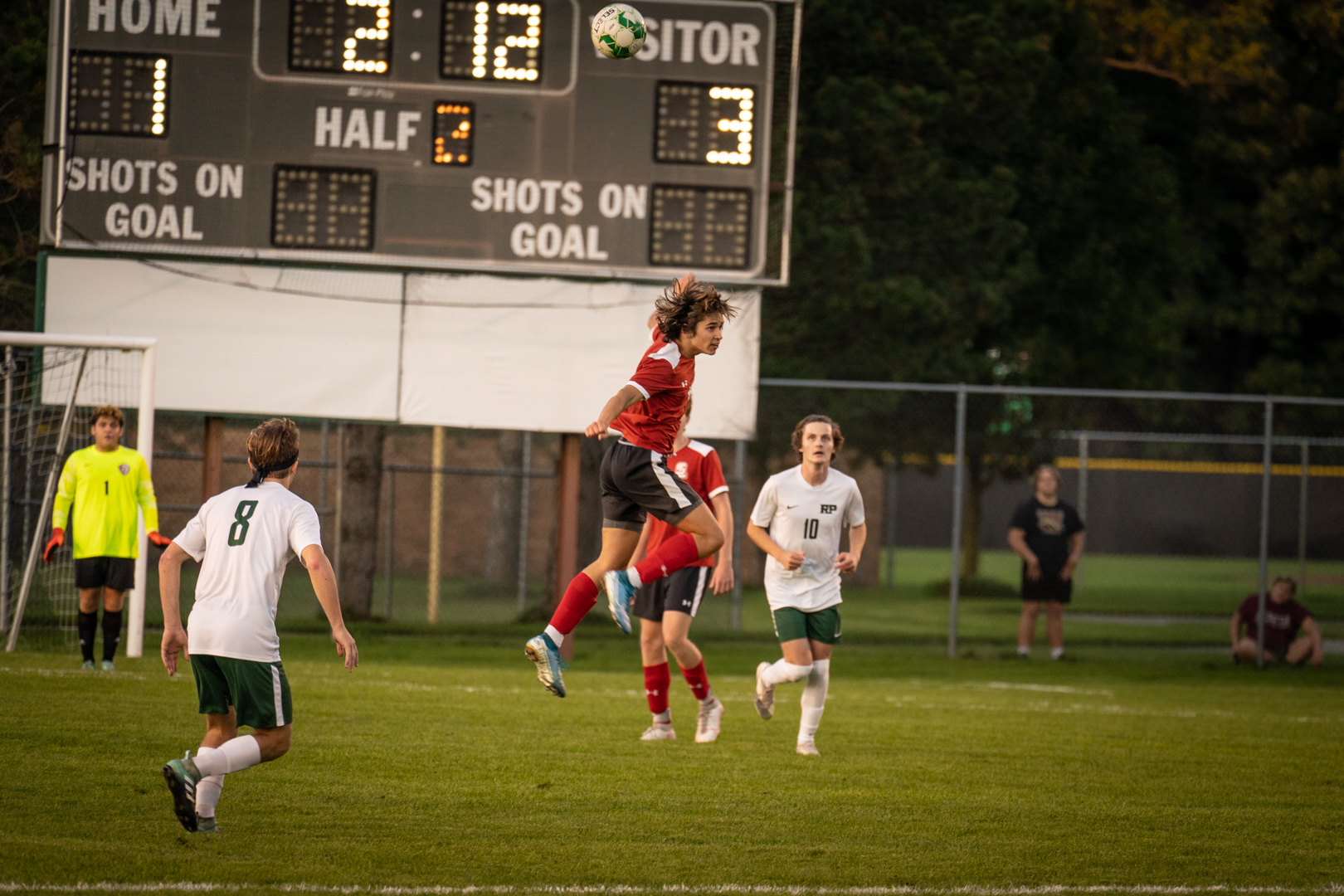 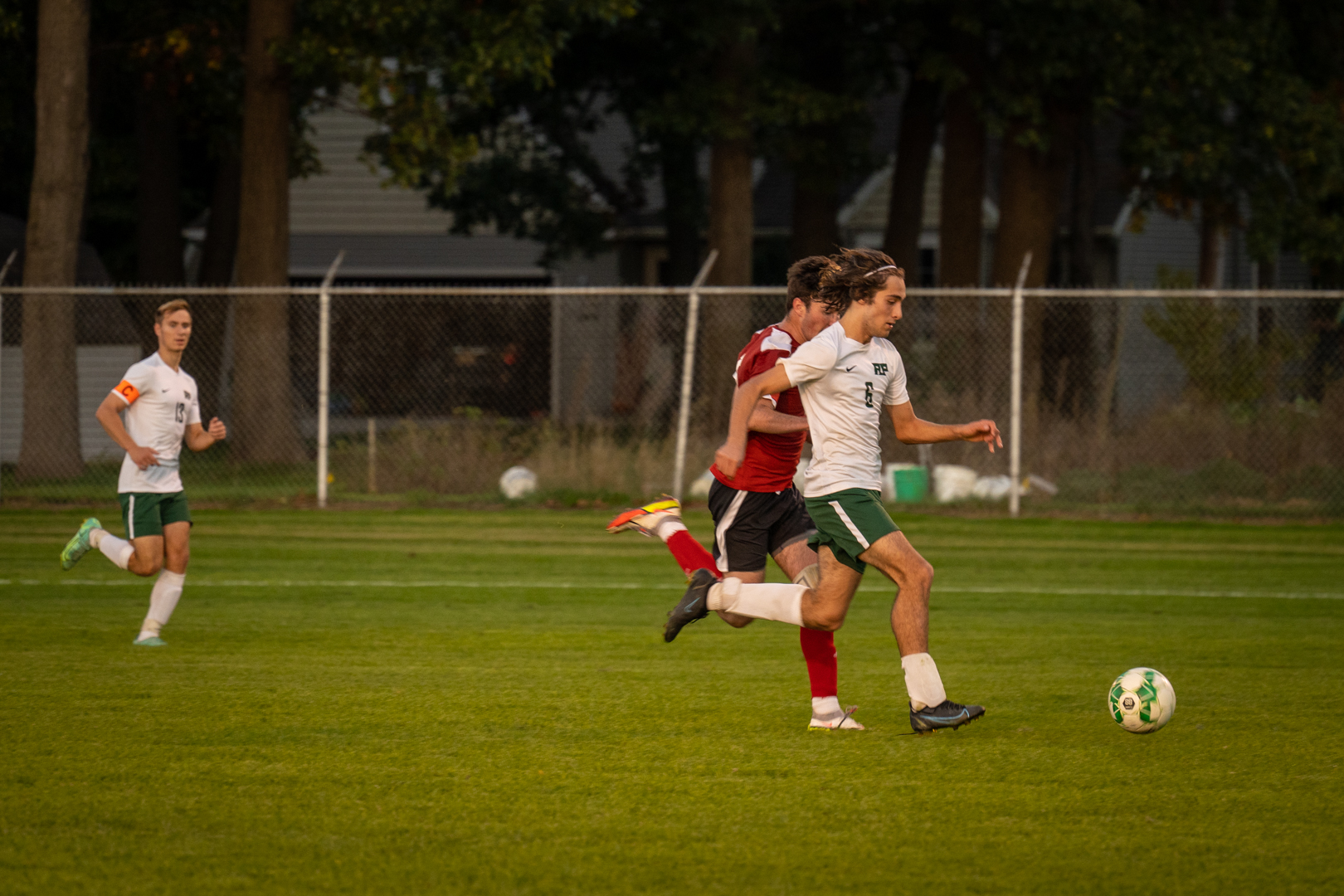 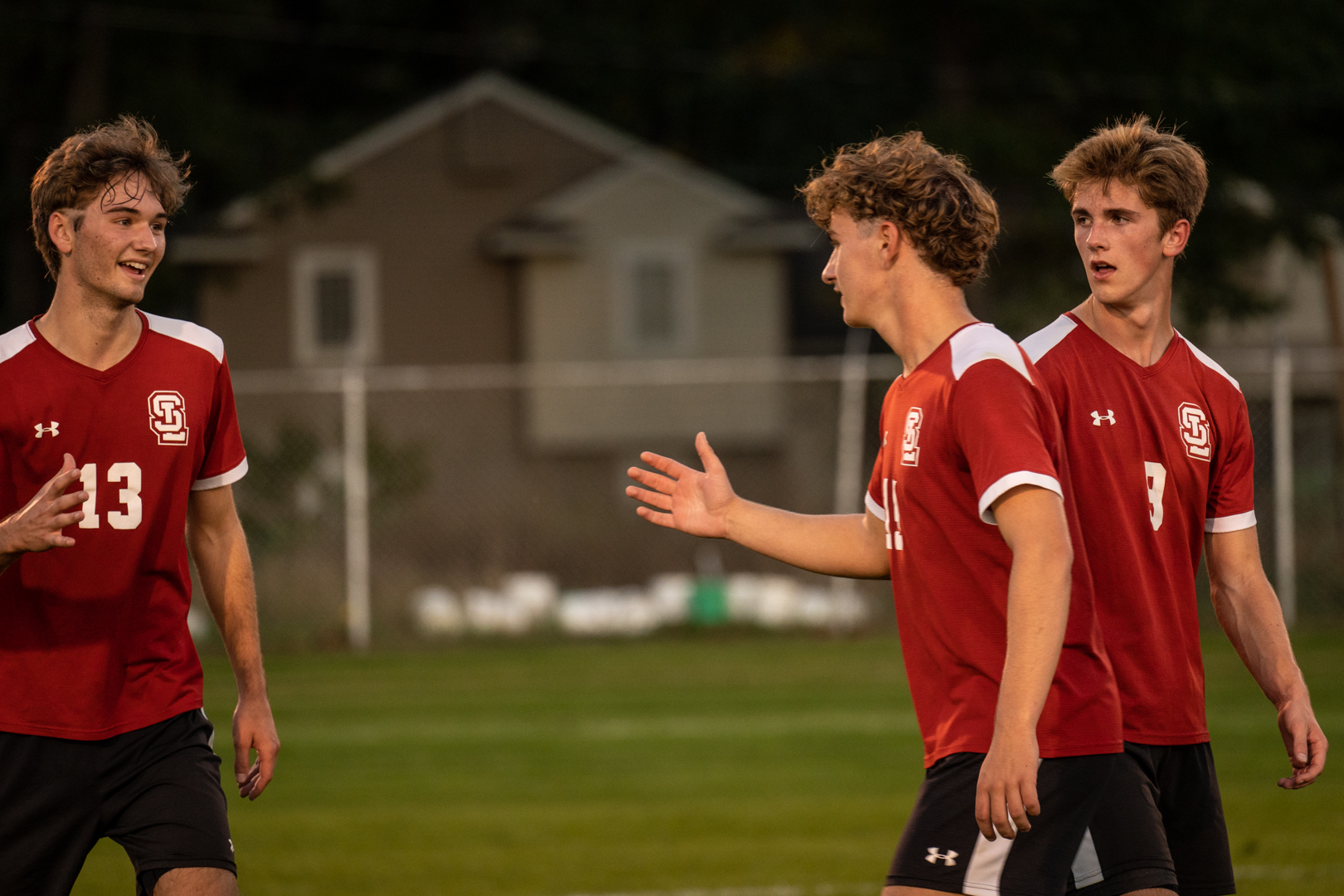