SCOTTVILLE — It was the last time the U 14 West Shore Wolves youth ice hockey team would be together on the sheet at the West Shore Community Ice Arena this year, and everyone was feeling in a jovial mood.

But, there was an underlying current of extra excitement as well, since the team was preparing for the Adray Bantam State Championships scheduled for this weekend at the Northern Lights Arena in Alpena.

Finishing the regular season as the Adray West champions after compiling a spotless 10-0 record in the league, the Wolves are ready to go after the big prize. A state title.

“We’re not sure who we play,” said Wolves coach Brian Castonia on Wednesday as the players filtered into the rink to dress for practice.

“I think there are two Traverse City teams and one Metro (Detroit) team.”

A good portion of the team won the Adray state championship four years ago at the U 10 level, and have been together for eight years.

Some of the kids have played together for eight years, and that experience has paid dividends.

Most of the time they don’t even have to look before they pass the puck, because they know where their teammates will be.

“We had a good defense, and a good offense. We did real well at MAHA in Cadillac (lost to Big Rapids in the finals). We had some real tough games, and they came through. They kept their heads up after a loss.”

Five or six Wolves will be moving up to the high school Lakeshore Badgers co-op ice hockey team next year. 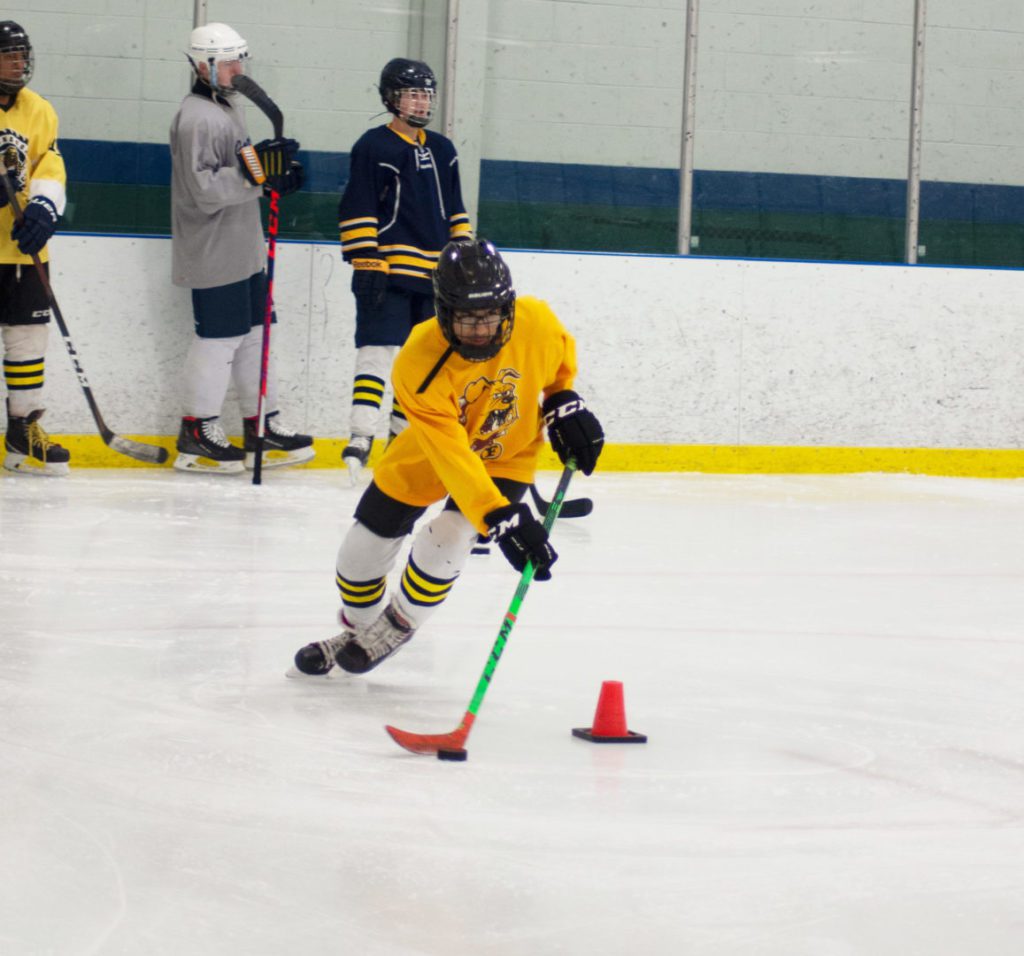 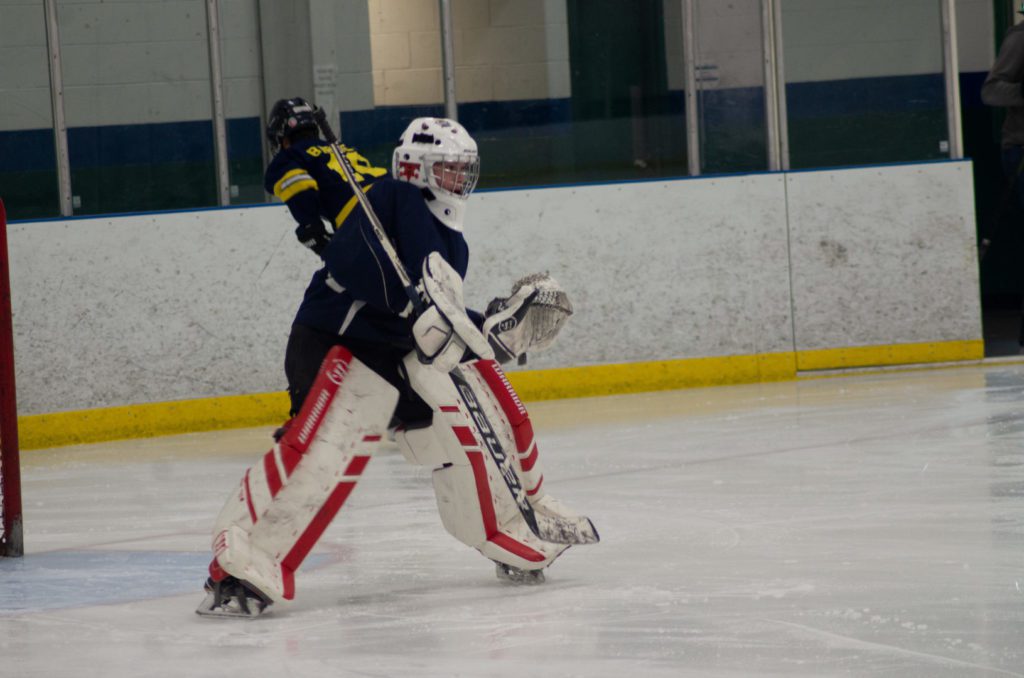 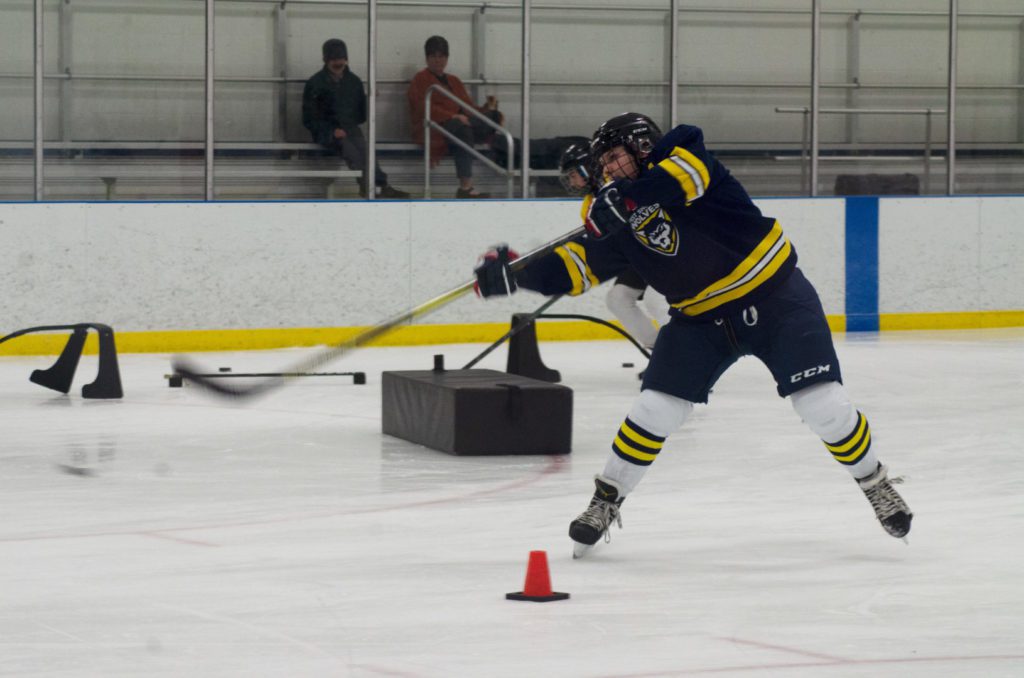 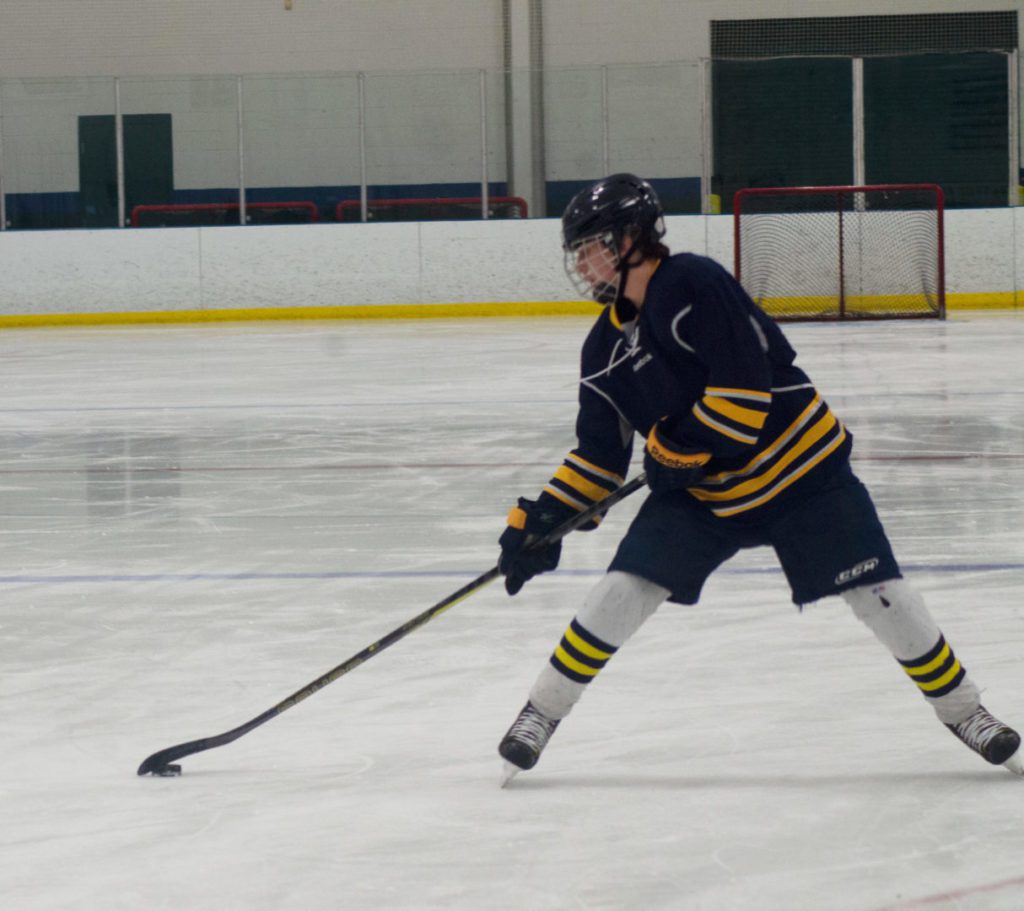 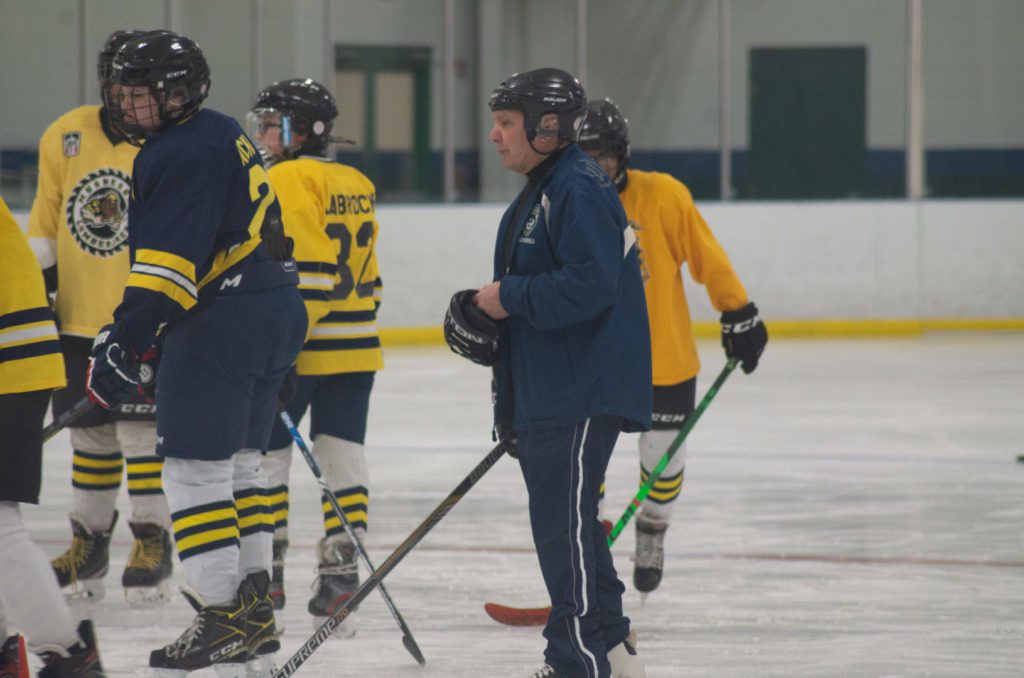 Nelson has double-double to lead Mason County Central past Manistee