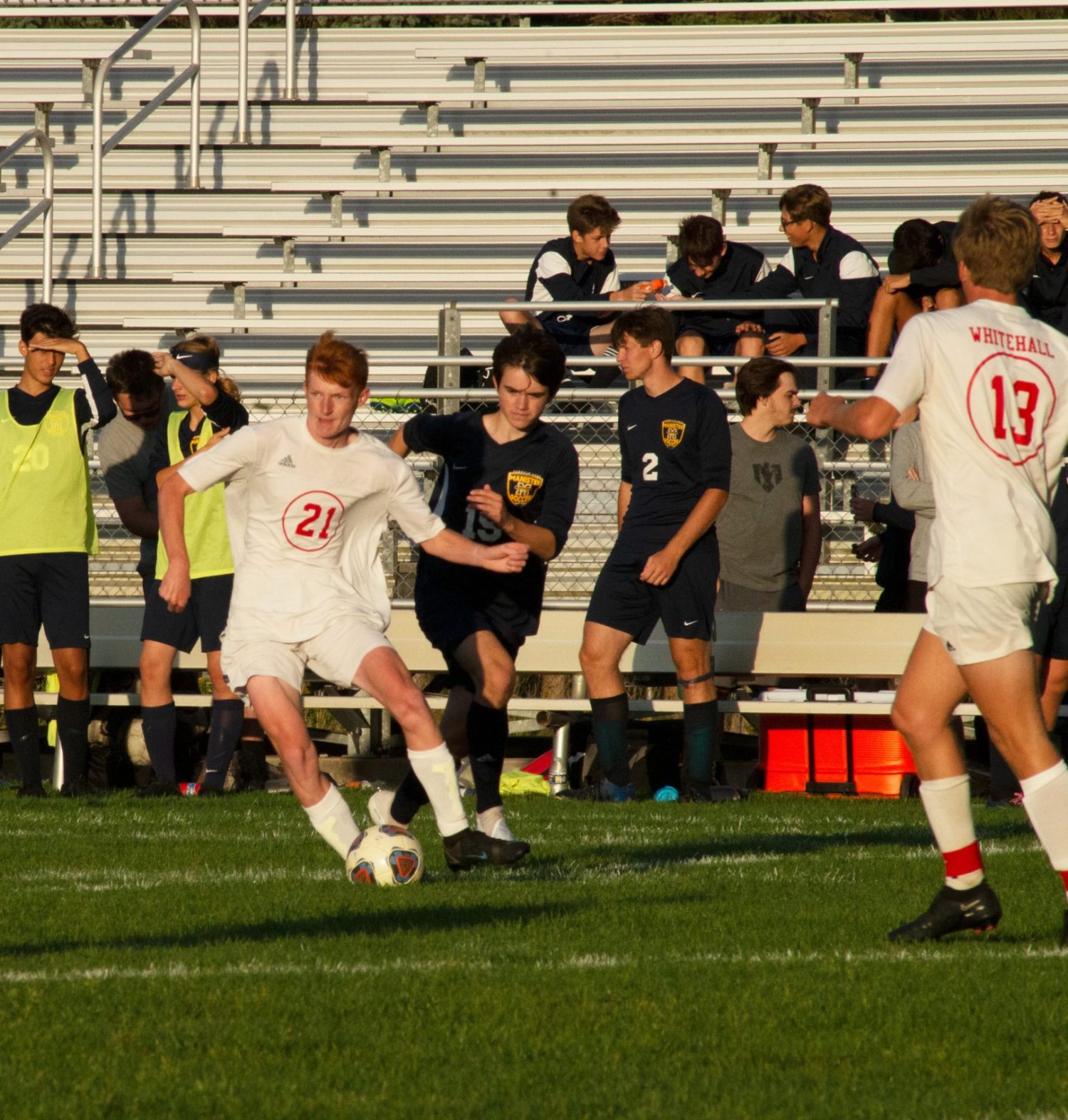 MANISTEE — Building a 3-0 halftime lead, the Manistee boys soccer team pushed its winning streak to two straight with a 4-1 conquest of Whitehall in a West Michigan Conference-Lakes game at Chippewa Field on Wednesday night.
It took the Chippewas awhile to solve the Vikings’ defense, though, as they didn’t score their first goal until nearly 20 minutes had elapsed.
Luke Smith did the honors, after Jack O’Donnell put the ball at his feet as he slid in front of the Viking goal mouth and drilled a shot past the keeper with 27:08 left in the first half for a 1-0 Manistee lead.
Just slightly more than 15 minutes later the Chippewas found the back of the net a second time, when Luke Senters converted a nifty assist from foreign exchange student Johannes Reuting at the 12:48 mark before the break as the Chippewas’ lead grew to a 2-0 margin.
Smith would score his second goal a few minutes later, burying a shot from the side after getting a pass from foreign exchange student Rafael Goncalaves.
But the Chippewas would see their offense bog down in the second half, and the Vikings struck for a goal when Jack Houtteman touched the ball and Corbin Vanderstelt put in the upper 90 from about three yards out to cut Manistee’s lead to 3-1.
Jarod Wright scored a late goal for the Chippewas.
Manistee keeper Grayson Prince had two saves.
“We knew Whitehall was going to make adjustments, and they high pressed us after halftime,” said Manistee head coach Brandon Prince. “We expected it, worked on a little sequence coming out of it.
“Ben Schlaff in that first five minutes executed that sequence to a ‘T.’ That’s good to see. That’s just intelligence, composure and player control. That was huge. It’s a good win. Whitehall has a great program.”
Vikings head coach Bryan Mahan was not pleased with the team’s lack of offense.
“Soccer is a lot easier if you decide to trap the ball and pass to your own team, which we really didn’t do the first 40 minutes, and didn’t do a whole lot in the second 40 minutes,” Mahan said.
“Until you do the basics, it doesn’t matter what you’re doing. It was just very flat. No communication, no trapping, no passing. They took advantage of that, just passed around us and found the easy spots.”
Manistee improved its record to 9-3-0 overall and 6-1-0 in the league. The Chippewas travel to Reed City for a non-conference game Friday night.
Whitehall dropped to 5-4-1 overall and 4-2-1 in the league. The Vikings host Western Michigan Christian next Monday.
All photos below are courtesy of LSJ photographer Greg Gielczyk 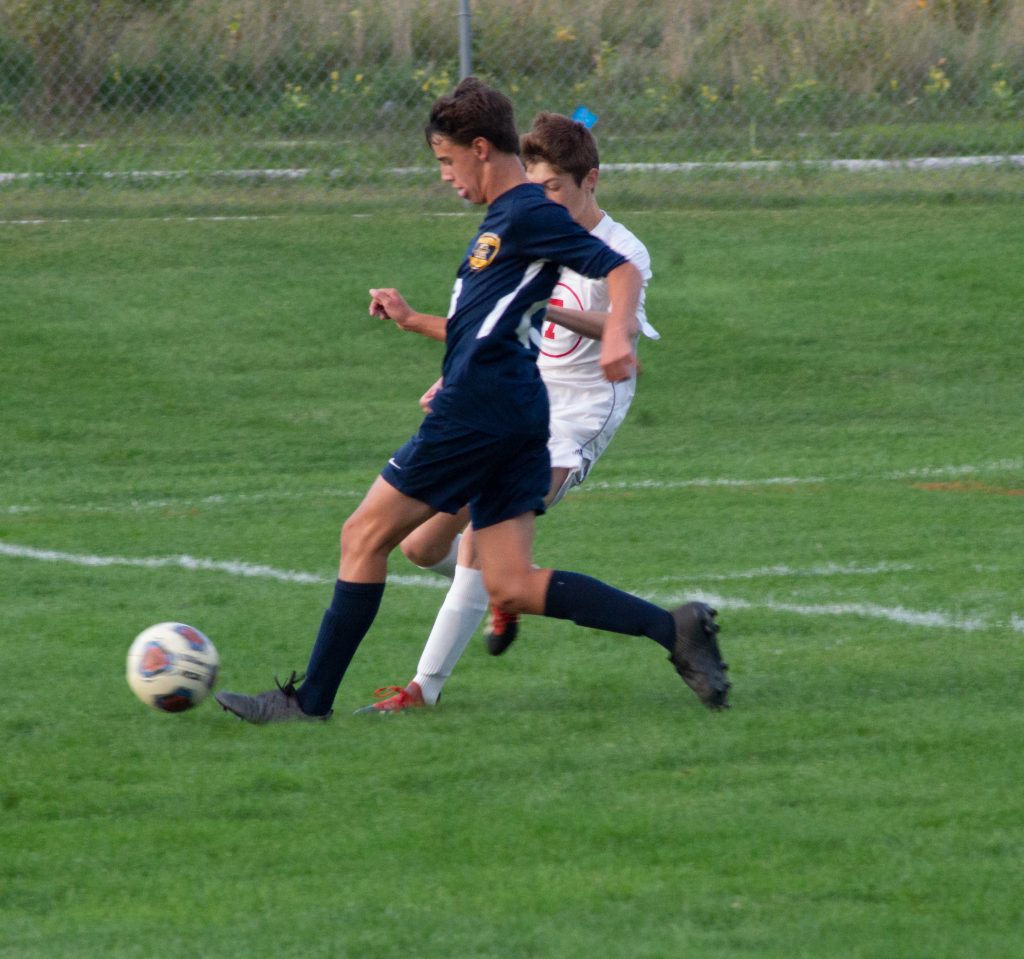 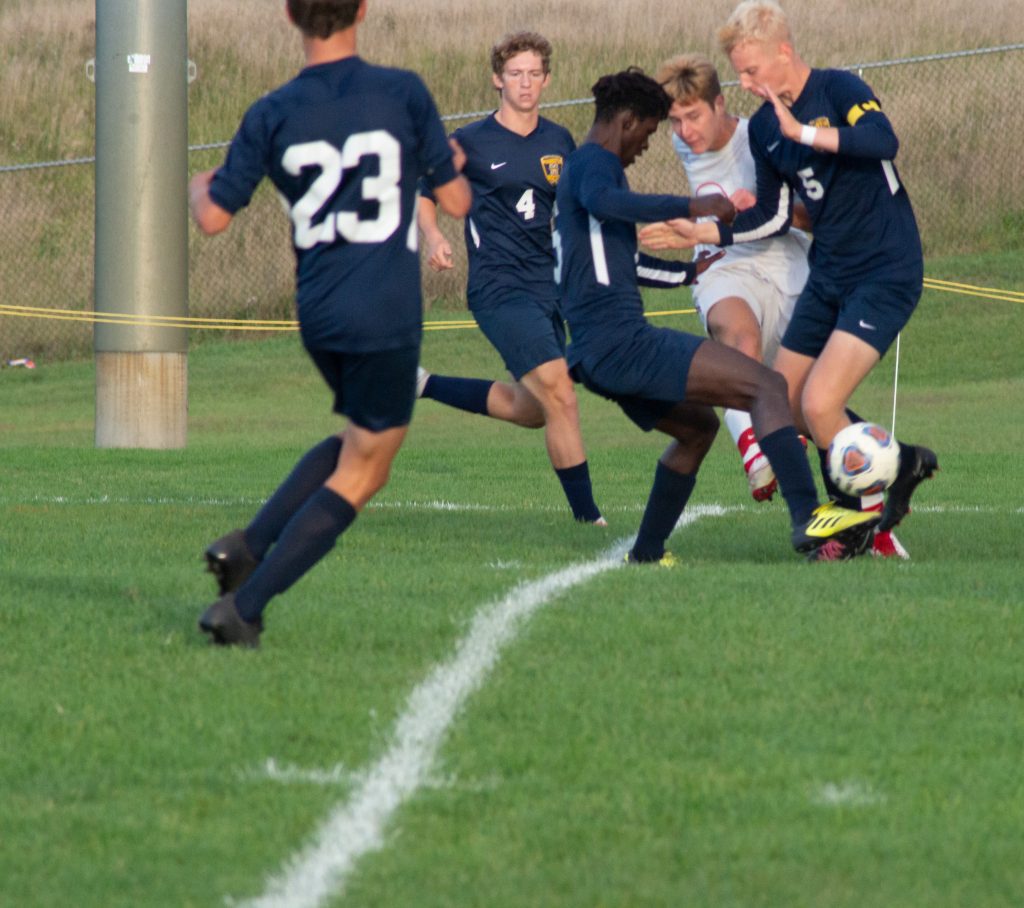 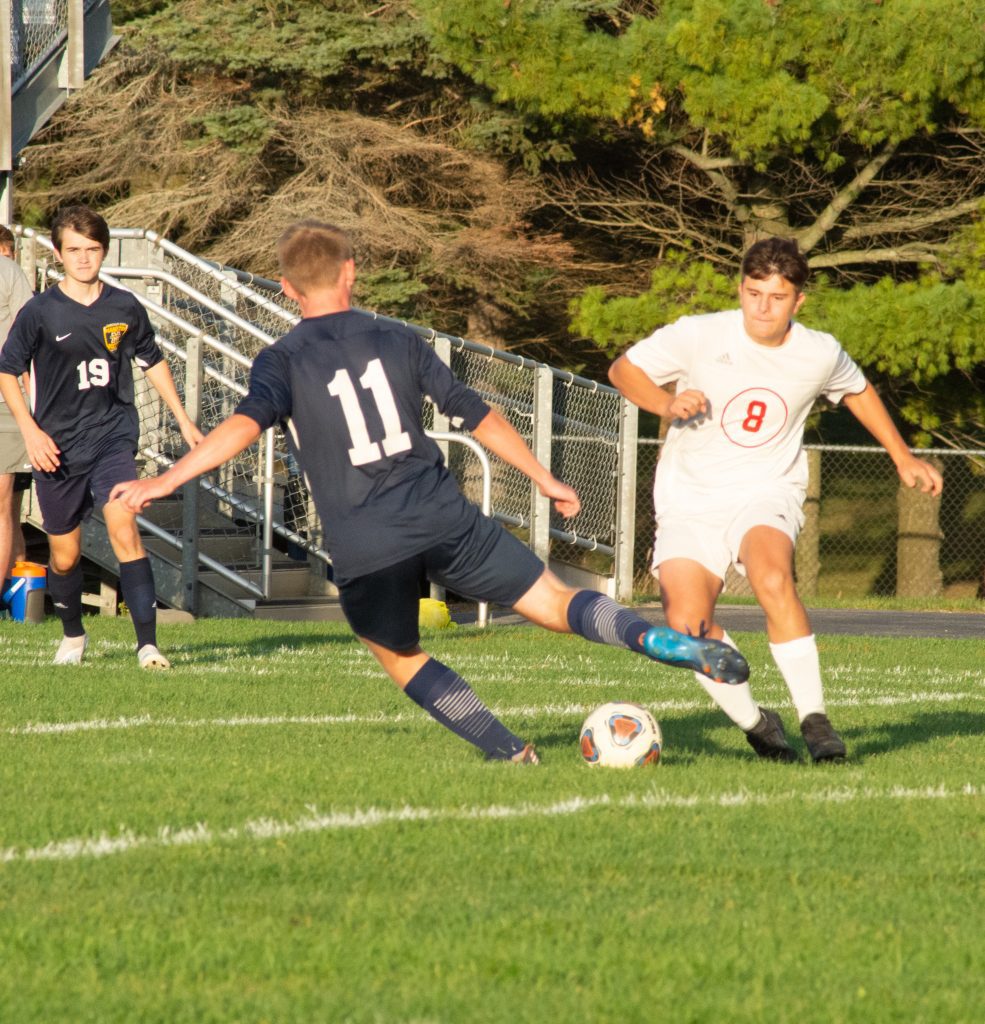