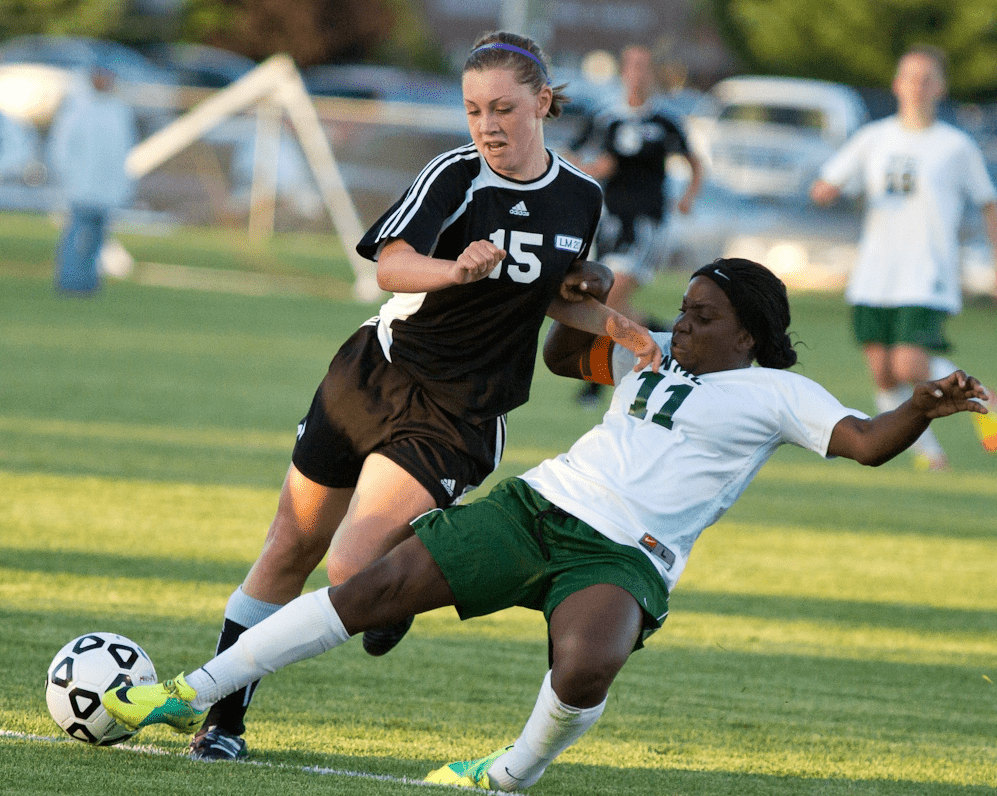 Western Michigan Christian had its nerves tested Thursday night in a Division 4 regional soccer match against Elk Rapids. The Warriors earned a 2-1 victory in a game that went to the shootout.

The Warriors also prevailed Tuesday night with a 2-1 shootout win over Maple City Glen Lake in the regional semifinals. 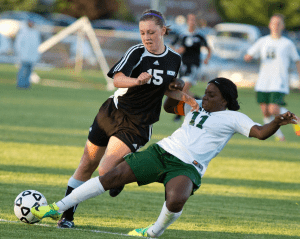 Thursday night, the Warriors proved unstoppable as all five of their shooters were able to score in the shootout.

“Five balls in a shootout shows how hard we conditioned all year,” said first-year WMC coach Dave Hulings, who gave a lot of credit to last year’s coach, Dan McAllister.

WMC’s goalie Courtne Stuk proved to be the difference made the save on Elk Rapids’ third shot.

The Warriors trailed 1-0 in the first half after Elk Rapids’ Megan Gregorski scored on a crossing pass just 15 minutes into the game.

But, WMC took control in the second half thanks, in part, to moving Julie Merz forward to generate more offense.

The Warriors’ Katie South found an opening at the 18 and was taken down hard in the box to set up a penalty kick.  Riksen, a freshman, buried her shot to tie the score 1-1 late in the second half.

Warrior starting goalie Lindsey Johnson posted 13 saves in the victory and came up with a big save late in the second overtime. Stuk came on to handle the shootout.

“The kids are literally amazing,” Hulings said of his team, which includes just three seniors. “We’ve had contributions from the first to the last. Been a great year to build a program and see how hard they’ve worked.”

WMC will face Calvin Christian in the state semifinals next week.