Former Muskegon Lumberjack forward Casey Thrush scored two goals on Friday night and led the University of New Hampshire to a 5-2 victory over the University of Denver in the first round of the NCAA Hockey Tournament.

“I was just happy to help the team in any way possible and am excited it was on the scoresheet tonight,” said Thrush.

In other action, the University of North Dakota defeated Niagara 2-1 in a game played at Van Andel Arena in Grand Rapids. Niagara’s roster features three former Muskegon Lumberjacks – Kevin Albers, Isaac Kohls and Chris Lochner. None figured in the scoring.

Also, Brendan Woods was in the lineup on Friday night in the University of Wisconsin’s 6-1 loss to U-Mass-Lowell. Woods had three shots on goal, two penalty minutes and was minus-1.

Next up for Thrush and UNH will be U-Mass-Lowell on Saturday.

Highlights from the Lumberjacks matchup against Youngstown [VIDEO] 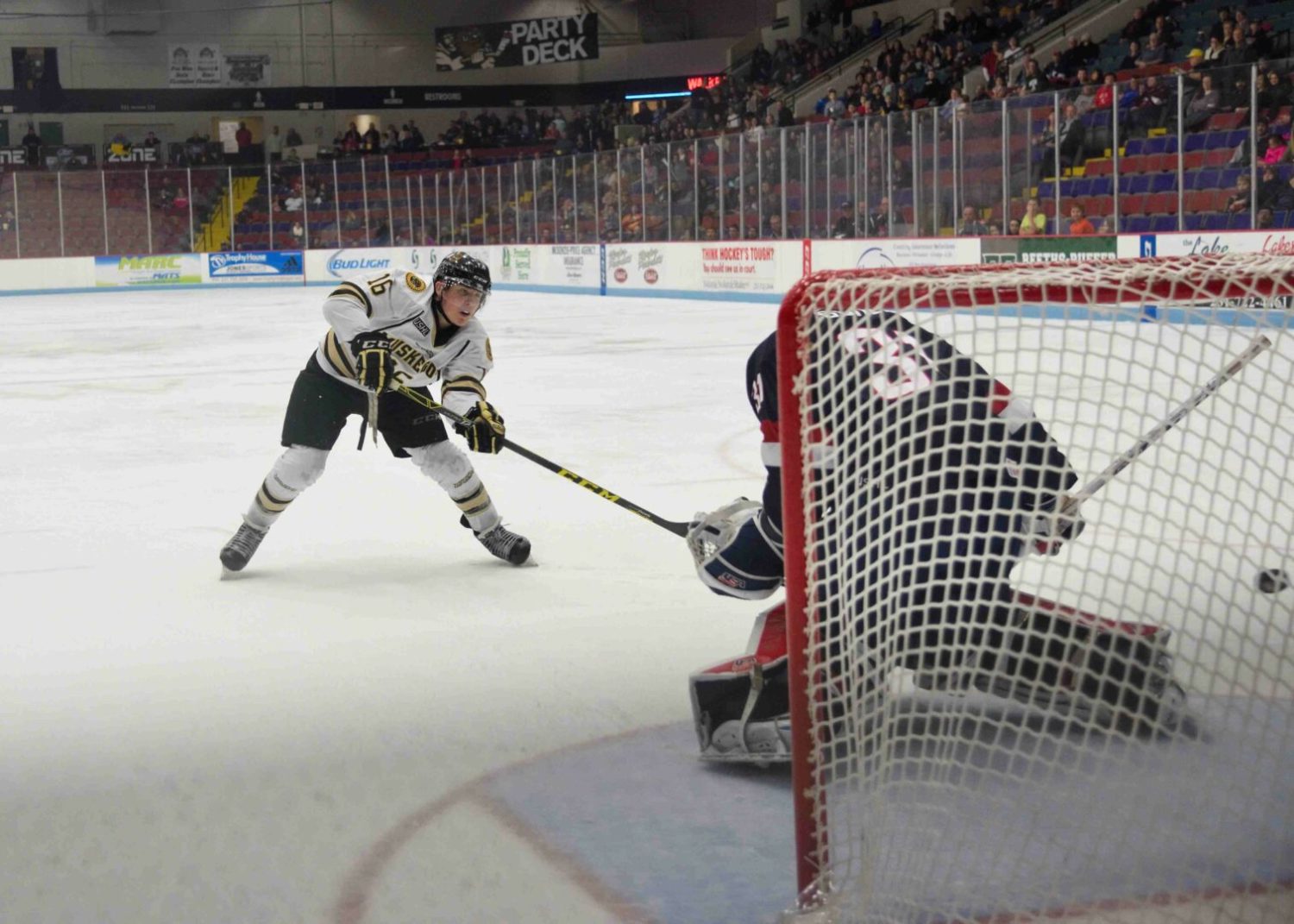