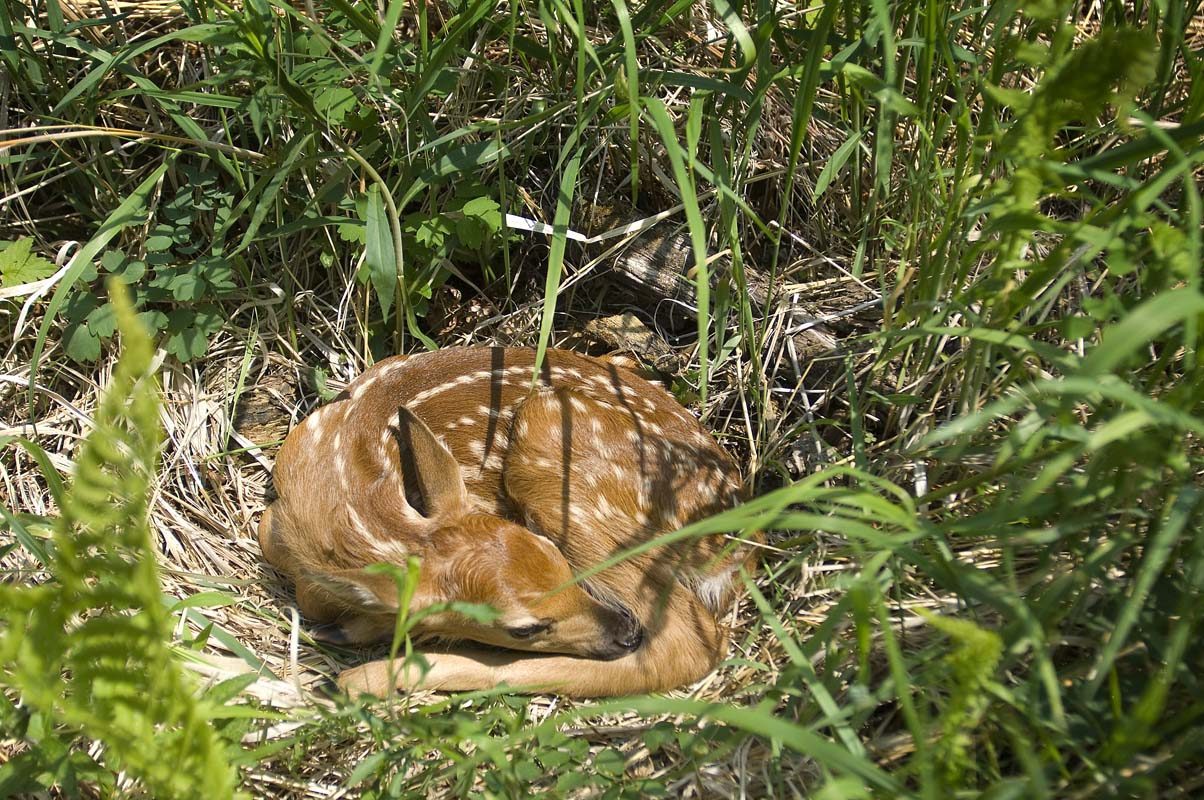 With the arrival of spring, wild animals are giving birth and hatching the next generation. Baby red foxes appeared in dens during the last days of March and the first days of April. The first litters of cottontails will appear soon. Great-horned owls have already hatched and are growing up in stick nests high above the ground. Mourning doves have made nests, and some have already laid eggs.

As springtime brings an increase in sightings of nestlings and baby animals, the Department of Natural Resources (DNR) encourages Michigan residents to get outside and enjoy the experience of seeing wildlife raising its young, but reminds them that it is important to remain at a distance.

“These are magical moments to witness but, unfortunately, sometimes the story has a different ending when people take baby wild animals out of the wild,” said DNR wildlife biologist Erin Victory. “Please resist the urge to try to help seemingly abandoned fawns or other baby animals this spring. Some people truly are trying to be helpful, while others think wild animals would make good pets, but in most cases neither of those situations ends well for the wildlife.”

“We appreciate the good intentions of those who want to help, but the animals are better off left alone than removed from the wild,” Victory added.

Victory explained that the species that are most problematic are white-tailed deer and raccoons. “Deer seem so vulnerable and helpless, but really they stay still because that is a mechanism to let them be undetected. Raccoons seem cute and cuddly, but they grow up to be mischievous and aggressive. It’s best to just leave them alone.”

It is not uncommon for deer to leave their fawns unattended for up to eight hours at a time. This behavior minimizes the scent of the mother left around the fawn and allows the fawn to go undetected from nearby predators. While fawns may seem abandoned, they almost certainly are not. All wild white-tailed deer begin life this way.

Most mammals have a keen sense of smell, and if humans touch them, their parents will abandon them. Other wildlife, such as birds, should not be handled either. Adult birds will continue to care for hatchlings that have fallen from their nest, and although most birds do not have a strong sense of smell, if people move them, the adults may not be able to locate and care for them.

“Licensed wildlife rehabilitators are trained to handle and care for wild animals. They know the peculiarities of diet for the birds and animals they assist. They also know how to release them so they can survive in the wild,” said Victory, “If you know of a deer or other animal that has truly been orphaned – and remember, most are not – a licensed rehabilitator may be able to help.”