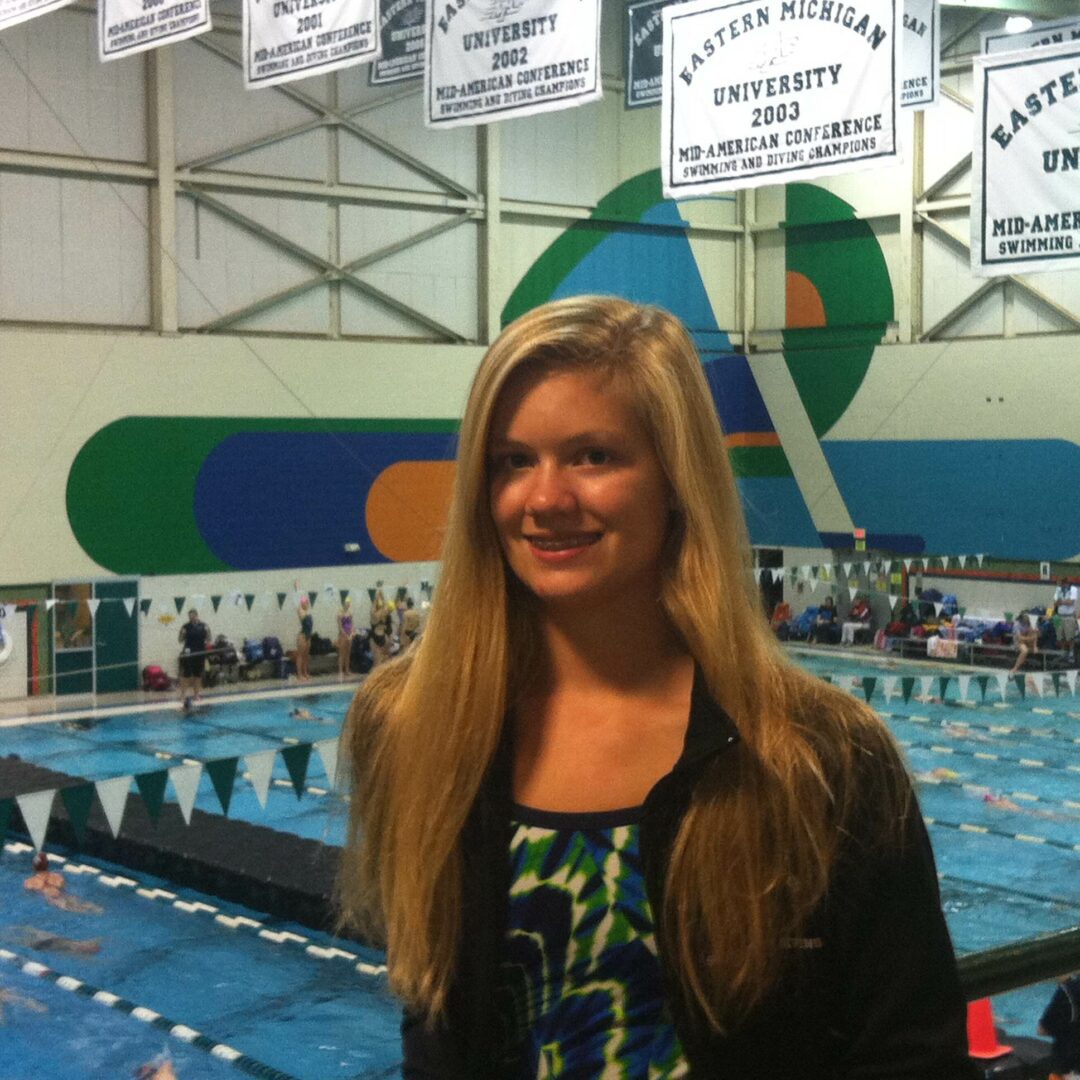 MUSKEGON – If you’re in the audience at Tuesday’s high school swimming and diving meet at Muskegon High School, keep a few things in mind:

Captain Lauren Zeerip and her 26 teammates will do their best, but they may not turn in their very best times. 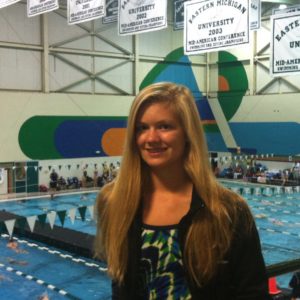 WMC swimmer Lauren Zeerip is captain of the co-op team.

That’s because they’re coming off what they call “hell week,” which is the high point and most exhausting part of their annual conditioning program.

Their times will get better over the next few weeks, as they “taper off” the workout schedule, let their muscles relax and prepare for the conference meet.

And don’t be upset if you’re confused about what school to root for. Zeerip and some of her teammates attend Western Michigan Christian. A few more attend Reeths-Puffer. About half attend Mona Shores.

They all officially swim for Mona Shores, but their home matches are at the Muskegon High School pool.

Did you catch all of that?

All you really need to know is that the three schools have combined for one girls team (the boys season starts in November), and that team has the best high school swimmers and divers in the area.

Their final home meet of the season is Tuesday at 6 p.m. against Forest Hills Central, and they’ve been working hard to draw as many fans as possible.

An added attraction before the meet will feature the girls from the team in a relay race against teachers and administrators from the three schools.

“Swimming is not a very recognized sport in this area,” said Margie Collison, the girls swim coach. “It is recognized south of Muskegon, and the east part of the state big time.

Swimming is first and foremost an individual sport, and Zeerip  may be the local team’s best bet to qualify for next month’s state finals and bring home a medal.

Not long ago Zeerip was a three-sport athlete, with softball and soccer on the side.

But over the past few years she dropped the other sports to focus on the very demanding sport of swimming. She participates in three events, but focuses on her specialty, the short 50-yard freestyle.

And for Zeerip, focus means a lot of time and work.

She’s in the pool practicing during the high school season seven days a week. That involves driving from her home in Fremont to school in Norton Shores every morning, which takes about 45 minutes. Then she drives to Muskegon High School for swim practice after school and gets home around 8 a.m.

That means her typical weekday lasts about 12 hours. How many adults have that kind of schedule?

Zeerip only swims two days a week in the spring and summer, but makes up for it with a daily running and weightlifting program.

Why does she put herself through all the hassle and pain, particularly for a sport that draws so little attention?

“I’m obsessive,” said Zeerip a junior, who also competes in the YMCA swimming program. “Sometimes it gets really painful and you want to quit, but you can’t quit. For me it’s more of a personal thing. It’s not about going against whoever’s in the pool with me. It’s me against my time. I always want to beat it.”

A lot of inner strength

Her hard work has clearly paid off.

Last year she went backward a bit, turning in a best time of 26.28. That was a big disappointment, because she had hoped to qualify for state as a sophomore.

She says she made her mistake by not getting enough rest after the massive workouts of “hell week.”

This year she’s already recorded a 25.36, which is very close to qualifying for state. And she expects her best times to come in the next few weeks, since she learned her lesson about letting her body rest.

Tenths and hundredths of a second are incredible important in short events like the 50 freestyle, according to Zeerip. That means constant practice and paying attention to the smallest details.

Her coach says her improvement this year is due to hard work and drive.

“She has a lot of inner strength,” Collison said. “I don’t know where it comes from. She goes out and pushes herself and does her very best all the time.

“This year she’s stronger and I think just really focused. The 50 freestyle is the hardest time to change. It’s so short. If everything isn’t just so, it’s hard to drop time. Girls can get stuck on a time.

“She really worked hard over the summer. Swimming really takes a year-round focus to get really good at it. It takes a ton of work just to shave a tenth of a second for a short race.”

“it’s all up to you. You can’t lean on somebody else.”

Swimming is also a team sport, at least at the high school level, and unity is important for everyone to do their best.

But there wasn’t much unity on the local team last year, when Zeerip was a quiet sophomore. Having so many kids from different schools didn’t help.

Collison wasn’t sure how attack that problem.

At the end of every season she usually takes written applications for team captain for the following season, reviews them with the current captains, and announces her choice soon after.

“Last year, I didn’t really have anybody in mind so I didn’t name anybody,” the coach said. “Then late in the summer this year Lauren wrote me a letter, saying she really wanted to be captain. She was so shy and quiet last year, I wouldn’t have thought of her. But I chose her, based on that.”

Zeerip said she volunteered to be captain so everyone could have a better experience.

“I just wanted for things to not go like they did last year,” she said. “There was a lot of backbiting. But I wasn’t sure how it would go because I was so quiet.”

“But it’s been really awesome. Everyone’ pulling together. I’m really liking this year.”

Zeerip’s intensity and positive approach rubbed off in a big way, according to Collison.

“Lauren is so positive with everyone. She has kind of fostered that again. That has brought other girls in. Positive talk brings in more positive talk. The girls all do cheers with her. They’re just all pulling together again.

“They’re happier being there, and they’re working way harder than last year. They’re feeling good about themselves and the team. 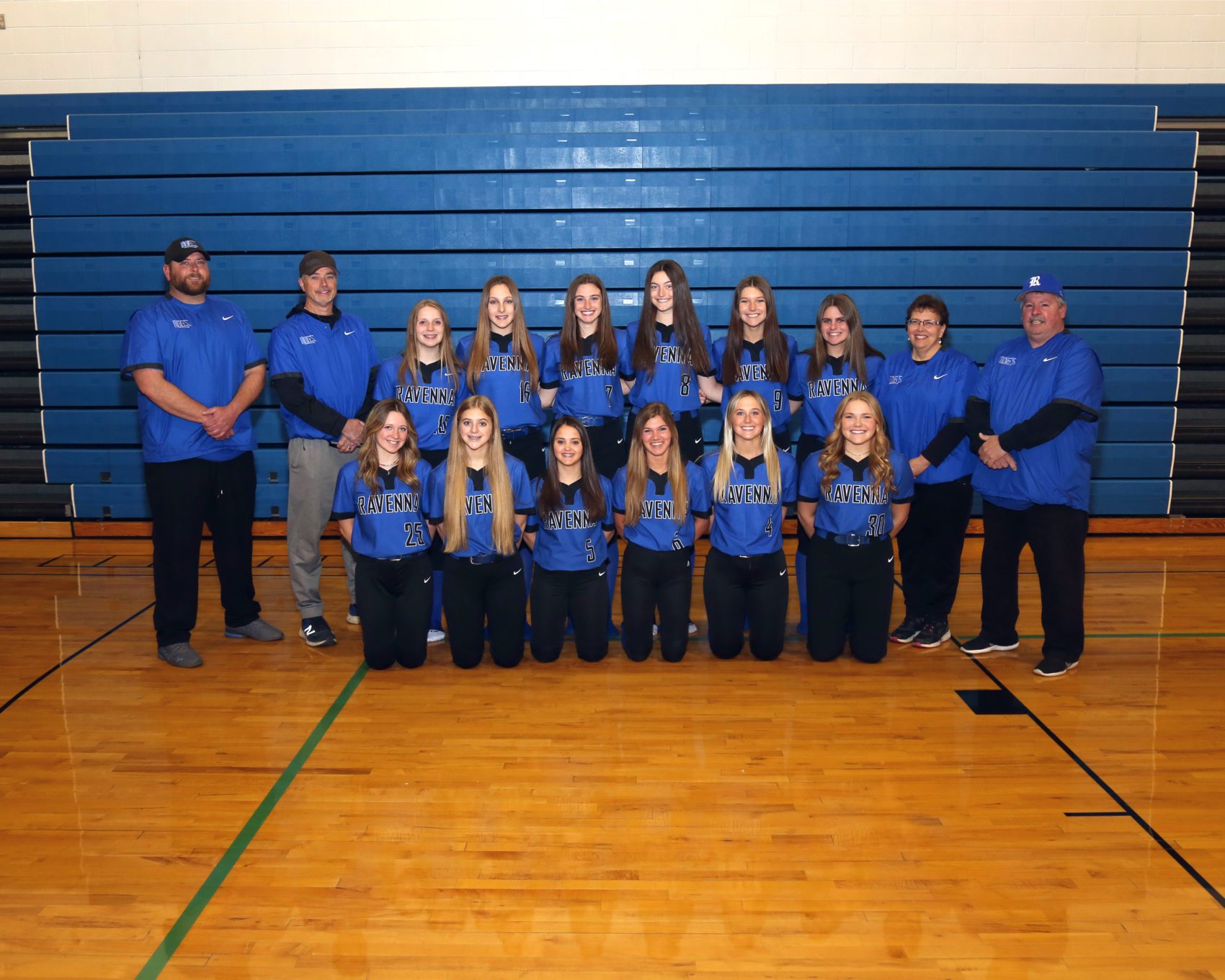