When I first worked as a sports reporter, way back in the 1990s, I was assigned to cover a lot of the so-called “minor” high school sports.

That means I spent a lot of time at soccer, tennis and wrestling matches.

I didn’t mind at all. The athletes playing these sports seemed to appreciate media attention more than those playing the higher profile sports. It was like they never expected the local newspaper to care about what they were doing, and they were thrilled out of their shoes when I showed up.

Sadly, I was sometimes one of the few spectators on hand. There were always parents, of course, and perhaps a few teachers and school administrators. But when it came to fellow students coming out to root on their classmates, like they always have for football and boys basketball, it was pretty much a lost cause.

That seems to be changing, based on my observations over the past few months.

I covered a district championship volleyball match last week at Fruitport Middle School. Spring Lake and Whitehall – two good teams, but not the best in the area – were squaring off in the Class B finals. The gymnasium they played in was pretty small, with only one set of bleachers on one side, but I figured there would be no problem finding a good perch to watch the action and stretch my legs.

Boy was I wrong.

By the time the match started, the bleachers were packed with 400 or 500 fans, and they weren’t all parents and grandparents. There were boisterous cheering sections from each high school, and they got louder and more passionate over the course of the tense five-set match.

I finally had to get up and stand at one end of the gym, because it became too cramped, hot and noisy for this old reporter to deal with.

I may have been a bit annoyed, but you know the players loved it. Their classmates were aware of their accomplishments and what they were playing for, and turned out in force to root them on. No footballs or basketballs were necessary.

Dozens of Spring Lake students rushed on to the court when their team finally prevailed.

I witnessed the same type of thing the night before, when a similar crowd, including a lot of students, gathered at Grand Haven High School to watch the Class A district volleyball semifinals between Grand Haven and Mona Shores.

It was the same way a week ago Saturday, when a large crowd of perhaps 1,000 or more gathered at a middle school in Kentwood to watch Spring Lake battle East Lansing for the Division 2 state soccer championship.

And it was the same way a few days earlier, when hundreds of Whitehall students made the trek to Holland to watch their soccer team play in the Division 3 semifinals.

Okay, you might argue, but those were all championship matches of one type or another. You might draw an occasional crowd if your school has a great soccer or volleyball team, playing in a high stakes contest. But does anyone bother to show up for the teams that aren’t championship caliber?

I can’t say for sure, because I only saw a handful of teams play various sports this fall. But I was at a Reeths-Puffer-Mona Shores soccer match in September, and the host Rockets were having a so-so season. Yet a big group of students gathered in the bleachers behind the Reeths-Puffer bench and cheered for their team throughout the match.

There was no title on the line that night, but the kids came out to support their classmates, anyway. I noticed more than one player turn around and check out the cheering section over the course of the match.

I certainly hope this is the beginning of a trend.

I remember always having a little extra respect for athletes who played lower profile sports, due to their obvious commitment. They somehow found the motivation to go at it every day, for months on end, without much notice or acclaim. They did it for the love of their sport and their dedication to their teammates.

But it sure is cool to see them finally getting some attention and encouragement from the kids they go to school with every day.

I would bet that getting high fives from a few classmates (or whatever they do these days), after winning a big match or race the night before, means more to a kid than being mentioned in a million media stories.

Kids crave the acceptance and approval of their peers, and they deserve it when they work so hard and give so much to represent their schools.

Every athlete deserves the chance to be the big shot on campus every once in a while. It’s great to see that school spirit isn’t reserved for the star quarterbacks anymore. 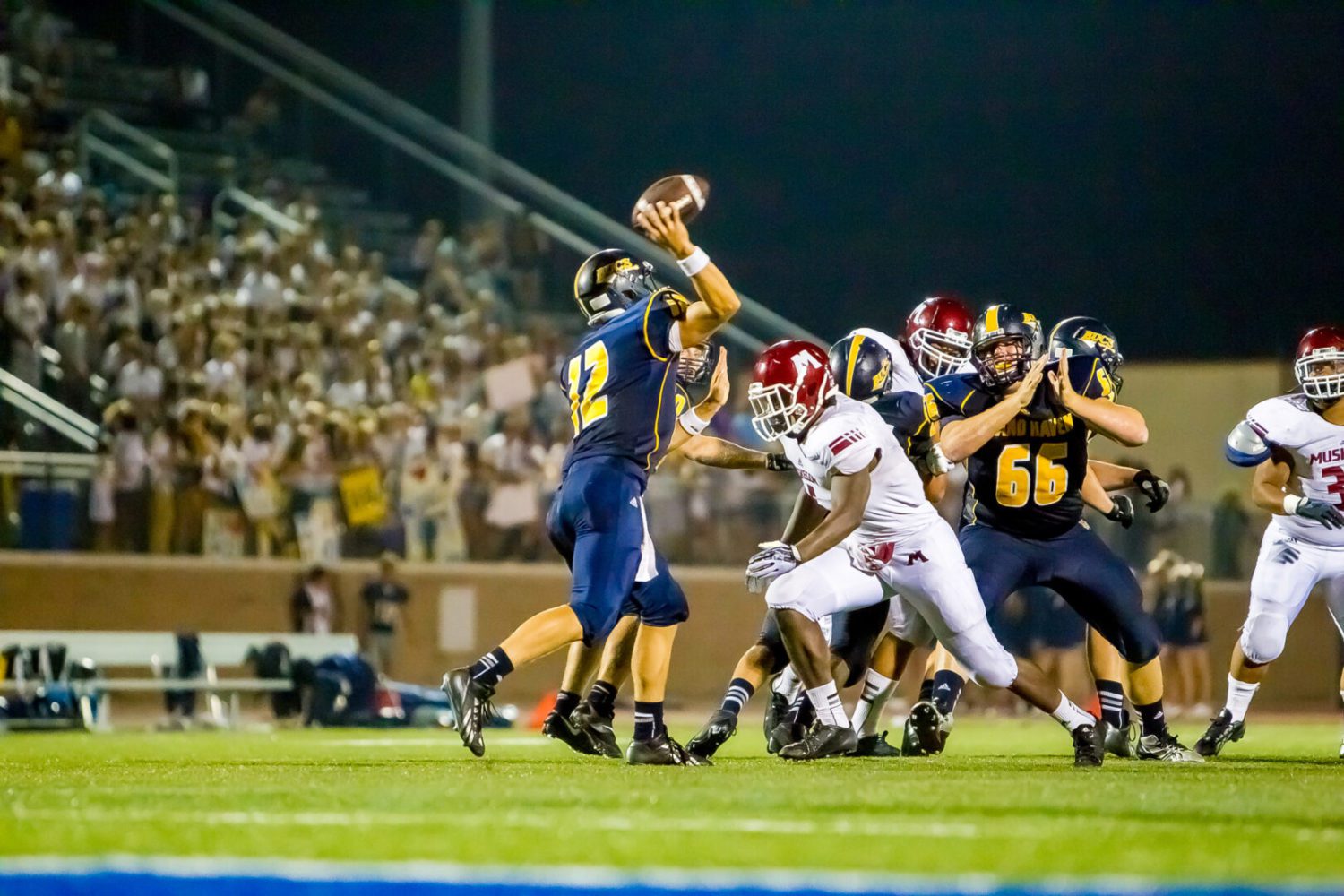