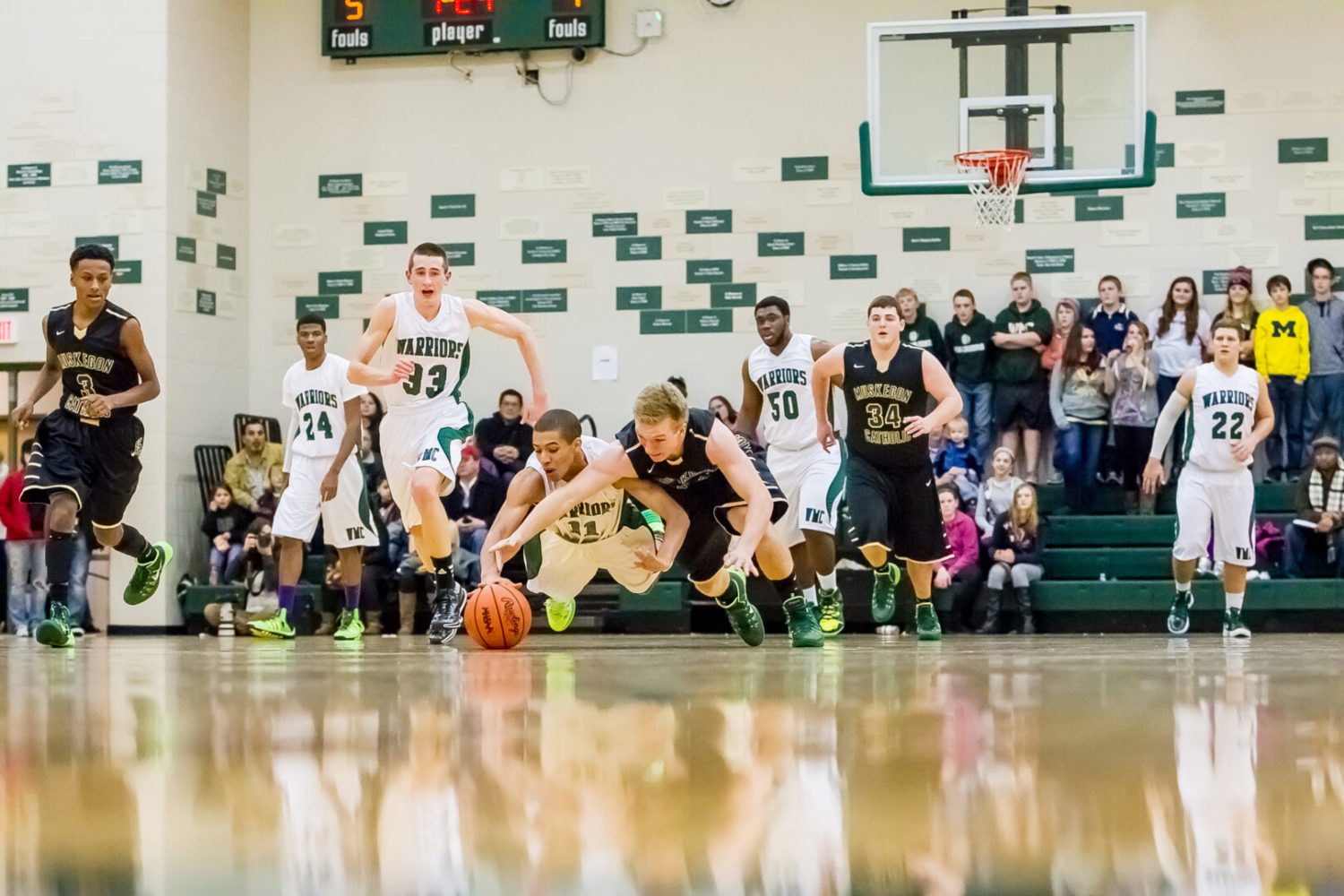 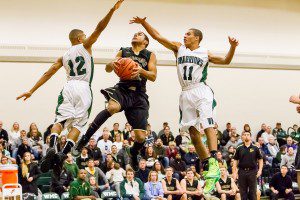 It’s beginning to sound like a broken record when the Western Michigan Christian Warriors and the Muskegon Catholic Central Crusaders take to the hardcourt.

Expect a close game, intense action and a loud gymnasium. And an outcome not decided until the very end. You hear that year in and year out when these two teams battle.

Such was the case on Friday night when the host Warriors defeated the Crusaders 47-41 to remain undefeated in the River Valley Conference at the midpoint of the league race.

With WMC leading by a mere two points in the final minutes, the Warriors received a steal and a one-handed slam dunk from sophomore James Godwin with 31 seconds remaining and two free throws from senior Alex Rop with 20 seconds remaining to ice the victory.

“We knew it would be a tough game, we knew it would be an intense game,” said WMC coach Kyle Mastenbrook, who already had an emotional week with the birth of a daughter on Monday. “I never hard the gym that loud after James’ dunk. That was pretty amazing and I’m just glad we got two points out of the trip.

“That was a big steal and bucket and everybody likes the dunk, but that was a huge steal and two points for us,” Mastenbrook said. “We had a lot of guys stepping up this game.”

It was an emotional battle right from the start with both students sections facing off with their cheers. 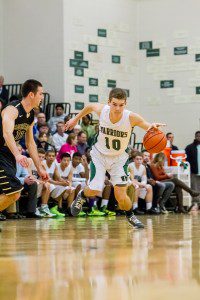 Assistant coach Matt Callow took over as the head coach.

The Warriors owned a 12-8 lead after the first quarter and led 25-21 at the half.In the third quarter, the Warriors began to take command and by quarter’s end, owned a 38-28 lead. But the Crusaders turned up the intensity on defense to start the fourth quarter and used a 9-0 run to pull to within a single point at 38-37.

“Give a lot of credit to Muskegon Catholic,” Mastenbrook said. “We were up 10 going into the fourth quarter. They came out and played tremendous defense on us and we have to work on taking care of the ball.”

But in the final moments, Godwin scored four points, including the dunk, Rop made three of his four free throws and the Warriors celebrated their sixth victory in eight games.

Bernard Smith, who battled inside all night long with MCC’s Ian Tyler, led WMC with 13 points and 11 rebounds. Rop had nine points and Jacob Ray had eight.

Erik VanFossen led MCC with 13 points and Tyler finished with 10.

“He was the star,” Callow said of Tyler. “He battled and battled. We told him going into the game this is the most sore you’ll ever be after a game.” 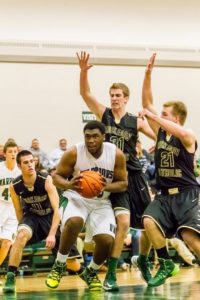 Despite the adversity of playing much of the game without their head coach, the Crusaders surged forward.

“The guys stuck together,” Callow said. “We had games earlier we got down and kind of separated and went our separate ways and we didn’t like that. We told them to stick together.”