A huge start for Muskegon Heights was all the Tigers needed to take down Holland Black River in a Class C district semifinal game on Wednesday night.

The win sends Muskegon Heights into Friday’s district title game where they will face host Western Michigan Christian at 7 p.m.

After one quarter of action the Tigers led 45-2 on their way to a huge 104-12 victory over Holland Black River.

Soon after tip off was over the Tigers jumped into a giant lead by scoring the first 22 points of the game.

Freshman Jalonte Johnson carried most of the load for the Tigers pouring in 20 points, with many of Johnson’s points coming in the second quarter as he scored nine unanswered buckets.

The Tigers started off the second quarter quick with a 22-3 run.

Holland Calvary tried to mount some offense with five points in the second quarter, but Heights responded by outscoring Black River 28-5 to close out the half.

Muskegon Heights’ Johnson scored nine of his 20 points in the second quarter.

“I’m always going to major in the minors,” said Muskegon Heights coach Dale Stewart. “It was a few back doors that we didn’t take advantage of and fast break opportunities, out of 99 things we can do good I’m going to notice that one little thing, but that’s a part of my job. But, none the less this was a good win.”

“My team needs to improve on the very message I brought to them at the beginning of July when I took this position,” Holland Black River Coach Kirk Williams said. “We need to try to raise the level of play of this program, this is a Class C program we have played other class C programs, now they know where they have to get to.” 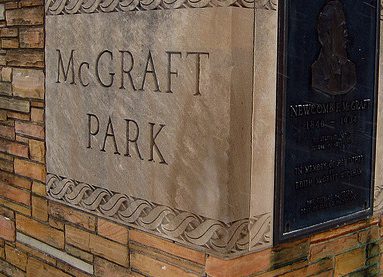