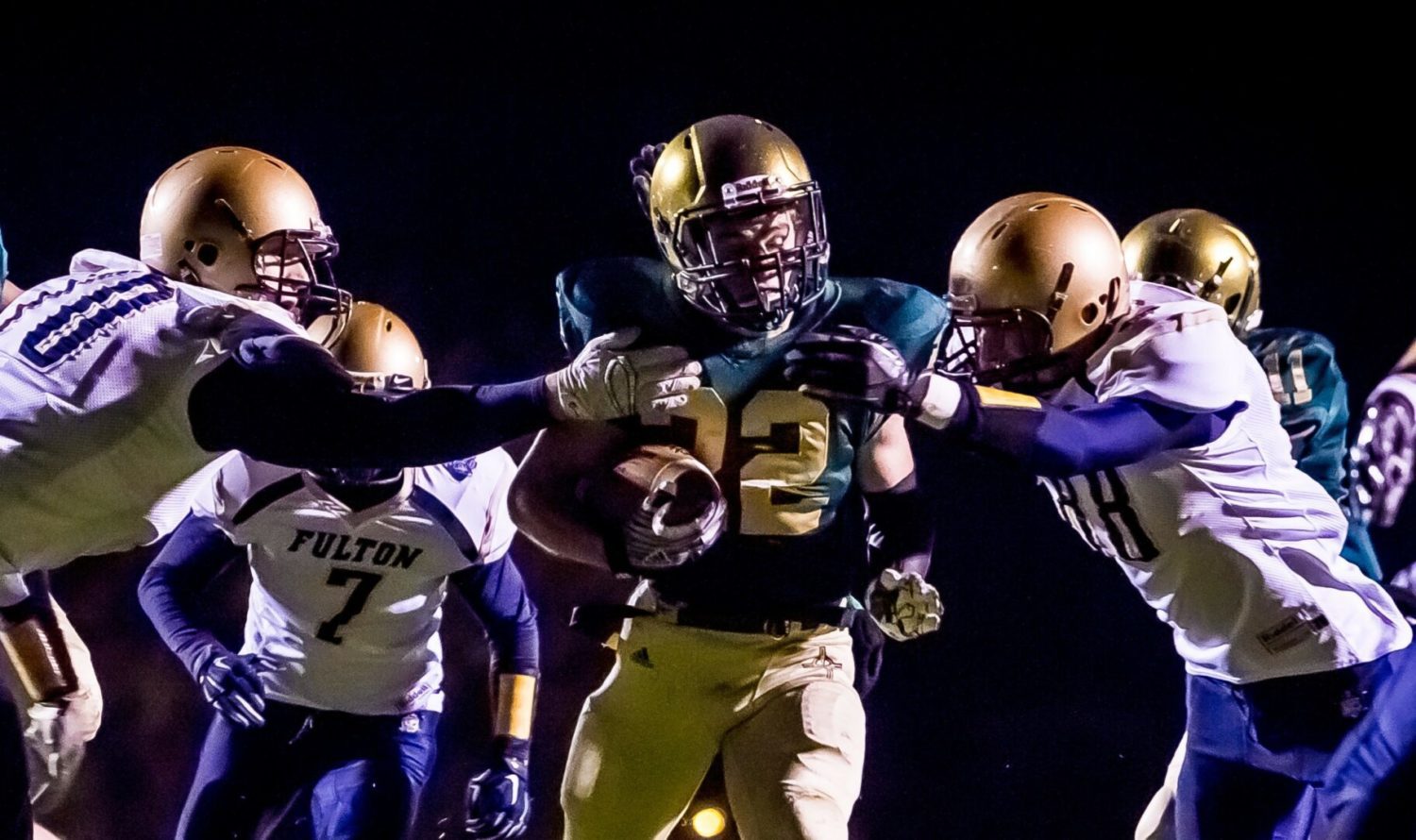 MUSKEGON – The Fulton Pirates were tricked all night defensively on their visit to Kehren Stadium, and then treated to an awesome offensive display by the Muskegon Catholic Crusaders.

The result was an easy 56-8 Halloween victory for the undefeated Crusaders in a Division 8 pre-district game on their home field.

Muskegon Catholic advances to next weekend’s district finals against Fowler, which defeated Mount Pleasant Sacred Heart in the other pre-district game.

It was the third straight year MCC has beaten Fulton in the playoffs, and they did it with their signature ground attack.

The Crusaders (10-0), the defending Division 8 state champs, rushed for 516 yards, while the Pirates were held to 104 yards in total offense, with 62 coming on their final offensive play of the game. 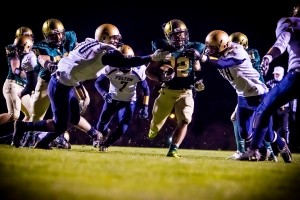 “We had a little bit of familiarity with this team,” said Muskegon Catholic coach Steve Czerwon, who maintained his perfect playoff record in his second year on the job. “We had a nice defensive effort and broke some big plays on offense.”

Four different Crusaders backs rushed for more than 70 yards and five scored touchdowns, displaying the depth of the team.

“It’s a positive that we ended up healthy throughout the game,” said Czerwon, who played a lot of reserves as the contest got out of hand.

Scott finished with 93 yards on 13 carries and scored four touchdowns.

LaTommy Scott gave the Crusaders a 28-0 lead with an 11-yard touchdown run one minute into the second quarter.

Muskegon Catholic closed out the half with two touchdown that came two minutes apart. A 46-yard run by Tommy Scott with 4:04 left and a 3-yard run by Christian Martinez with 1:59 remaining, gave the Crusaders a commanding 42-0 halftime lead. 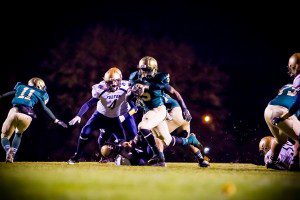 MCC’s Logan Helton opened up the second half scoring on a 15-yard touchdown run late in the third quarter. Helton totaled 89 yards on just six carries for the night.

Dominic Woodard closed out the Crusader scoring with an 11-yard scoring run with 6:48 left in the fourth.

The Pirates managed to get on the scoreboard with 3:39 remaining on a 62-yard touchdown pass from Jacob Litwiller to Talon Hyde.

“We knew they (Muskegon Catholic) were only giving up seven points a game so we wanted to break the average,” said Fulton coach John Lewis, whose team closed out its season with a 6-4 record. “That’s a great team and if we want to get anywhere we have to beat a team like that.”