WMC soccer seniors Cook, VanderPloeg eager for Wednesday’s state semifinals and another shot at a title 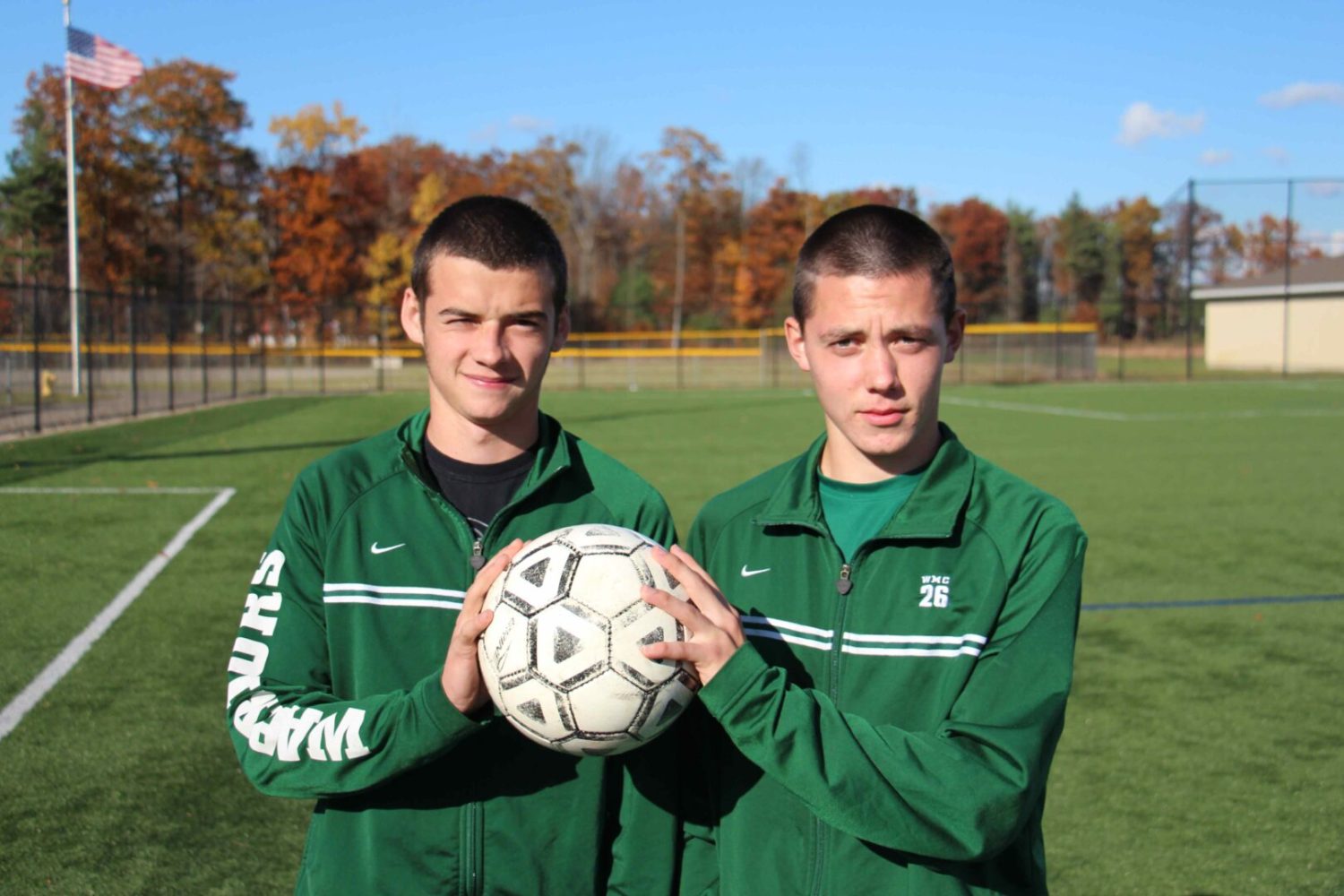 MUSKEGON – When high school athletes come close to a state title, they definitely want another chance.

Tyler Cook and Matt VanderPloeg had every reason to believe they would. 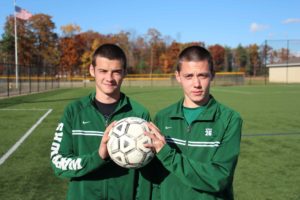 They were freshmen on the 2011 Western Michigan Christian soccer team that advanced all the way to the District 4 state finals before losing 1-0 in overtime to Allen Park Inter-City Baptist.

As it turned out, it took three long years to get back to the state semifinals.

The long wait occurred because WMC misfired in both the 2012 and 2013 tournaments, losing in districts to Muskegon Catholic both years.

It was a shock for a team that focuses completely in the postseason, and is accostomed to making long tournament runs.

“We came in both times having beaten Catholic twice during the season, and when you beaten a team two times, you figure you got this,” said Cook, who is a defender, team co-captain and grandson of WMC Coach Dave Hulings. “I think we underestimated our opponent.

“It really stung. I wasn’t a senior those years – I knew I was coming back. But for the seniors those years, it was their last game. There was nothing left. That was the hardest part.”

Now Cook and VanderPloeg are seniors themselves, and everything is coming together just on time.

The Warriors (16-8) have won five straight games in the state tournament, capturing district and regional titles along the way.

Even more impressively, they have yet to give up a goal in the postseason, outscoring opponents 18-0. Their latest masterpiece was a 5-0 blanking over a very fast Leland squad last Saturday in the regional finals.

Their next challenge comes Wednesday against a familiar opponent.

Cook, VanderPloeg and their teammates are confident the third try will be the charm.

“The first time they had us more on the ropes,” said VanderPloeg, a midfielder and team captain. “The second time was a little more even. I’m kind of looking for the same this time. I think it will be a well fought game.”

Cook sees two even teams going nose-to-noise, with desire being the determining factor.

“I don’t think they’re way better than us,” Cook said. “We’re both really good teams. In the end it’s going to be the team that wants it more and fights to the end. And we want it so bad.”

Hulings, the head coach, would love nothing more than to send his current crop of seniors off with a state title.

But to eventually make their own tournament run, Hulings said the group had to realize that championships don’t come automatically.

“I think when they were freshmen they assumed we would have success because the program has been successful,” Hulings said.

After the two losses in districts, Hulings said he also realized he had to do some things differently.

He brought in former Fruitport and University of Michigan football standout Mike Teeter to guide the team’s conditioning.

“He does a really good job with conditioning,” Hulings said. “I’m too soft. He knows what it takes to be a champion. I just stand off to the side.”

Hulings also lengthened practices, so the team could work on its game while still leaving time for conditioning.

“We had to reevaluate and make changes in a lot of different areas,” Hulings said. “I had to change how I coached and how I structured the practices and the program. We weren’t getting better by the end of the year.

“These boys have responded to everything really well.”

Hulings knows his team will have its hands full with Covenant Christian – “They’ve been to the finals two straight years and lost, so they’re pretty hungry,” he said.

But he thinks his team can get over the hump and avenge the two earlier defeats.

“I think we were still getting organized the first time we played them,” Hulings said. “We’ve really started to gel in the last six games. We’re coming together just at the right time.

“We weren’t very fast when we played them on their field, and we were better on our field. Now we’ll play on a neutral field and we’ll see what happens.”