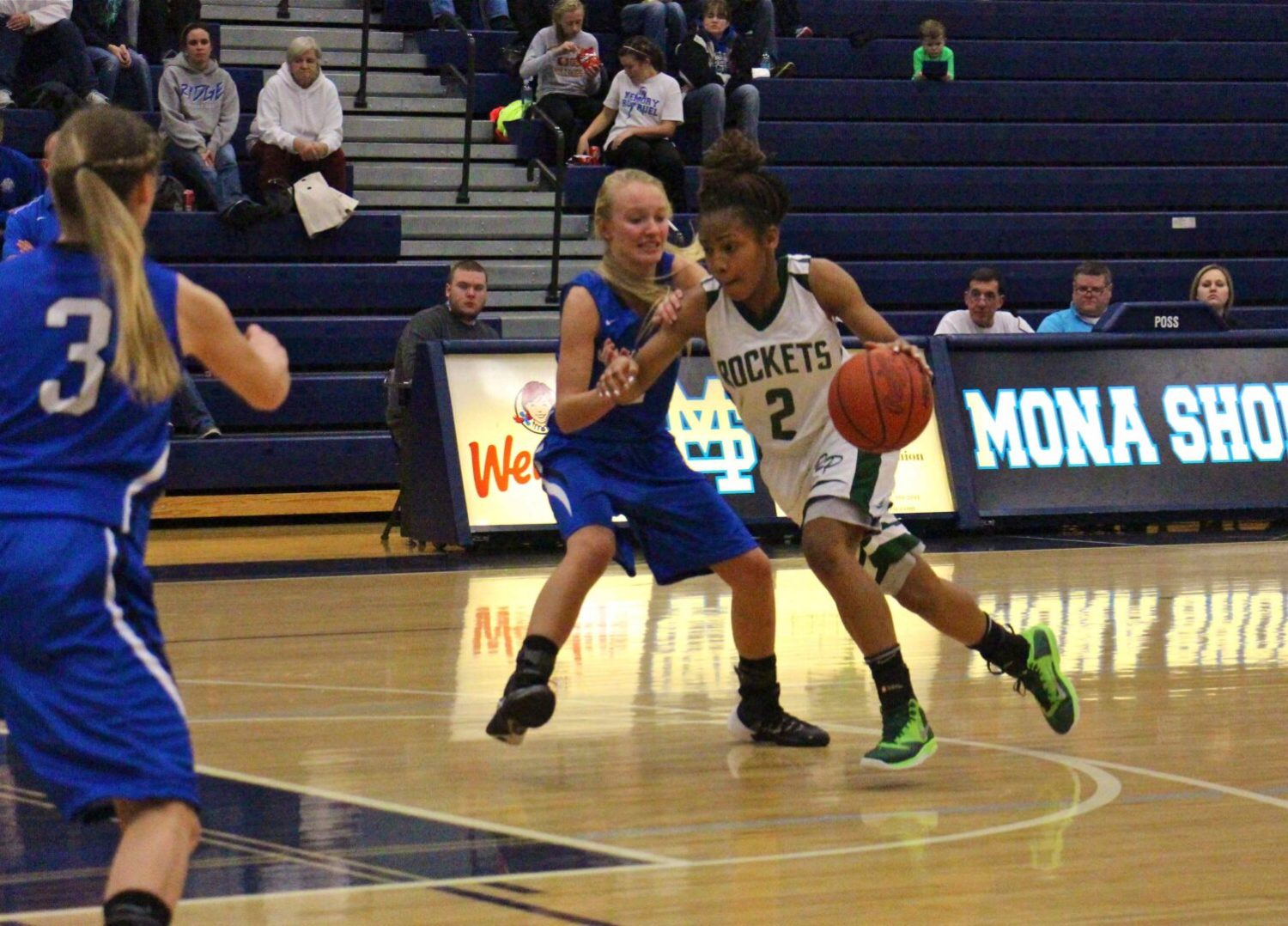 In games where everything else is pretty even, they can be the difference between victory and defeat. 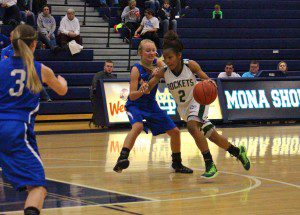 The Reeths-Puffer and Oakridge girls basketball teams squared off Saturday in the Muskegon Area Sports Hall of Fame Tournament at Mona Shores High School, and neither team was at the top of its game.

In short, there were enough turnovers, missed shots and fouls to drive any coach crazy.

But Reeths-Puffer found its range from the charity stripe in the fourth quarter, hitting 10 of 12 to break open a two-point game and claim a 38-23 victory.

The Rockets improved to 5-1 on the season while Oakridge dropped to 4-2.

“You miss them and it stays a tight game and you make them and open up things up a little bit,” said Reeths-Puffer Coach Brandon Barry, whose team finished a perfect weekend after beating Livonia Ladywood on Friday on the first night of the round-robin tournament.

Barry noted that his team did not shoot very well from the floor, but credited Oakridge with playing strong defense.

“They are never out of position and they never leave you an open look at the basket,” Barry said. “I think both teams played good enough defense to leave themselves in a position to win.” 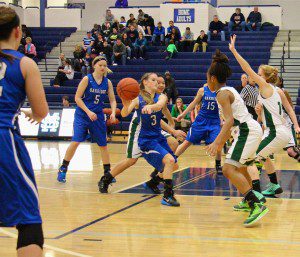 The game was tied 7-7 after one quarter, then the Rockets opened the second quarter with an 11-0 run and grabbed a 20-12 edge at halftime. Reeths-Puffer had its best shooting quarter, nailing 5 of 10 attempts from the field.

Oakridge hurt itself with cold shooting, particularly in the second quarter. The Eagles only made 2 of 9 shots from the field, and didn’t score a point in the quarter until Hannah Reinhold hit a 3-pointer with 1:33 left in the half.

“That is a ‘this weekend’ thing,” said Oakridge Coach Terry DeJonge, whose team lost an overtime game to Muskegon Friday on the first night of the tournament. “We had been taking care of the ball pretty well.

“This has to be a learning experience. We’re have to take this and keep working and improving, beginning Monday at practice.”

Oakridge opened the third quarter with an 8-1 run and pulled within one point, 21-20, with just under three minutes remaining. Reinhold scored six of her game-high 15 points in the third frame.

Reeths-Puffer led 24-22 at the third buzzer.

But fouls caught up with the Eagles in the fourth quarter, putting the Rockets in the bonus, and they took advantage by hitting their free throws and sealing the victory.

Oakridge had a total of 22 fouls, including 12 in the decisive second half. The Rockets had seven fouls in each half.

Camaryia Williams hit three free throws in the fourth for the Rockets, while Artrese Williams, Melissa Powell and Elysia Mattos made two apiece.

Oakridge also hit another scoring slump, failing to get a point for the first 6 ½ minutes of the fourth quarter.