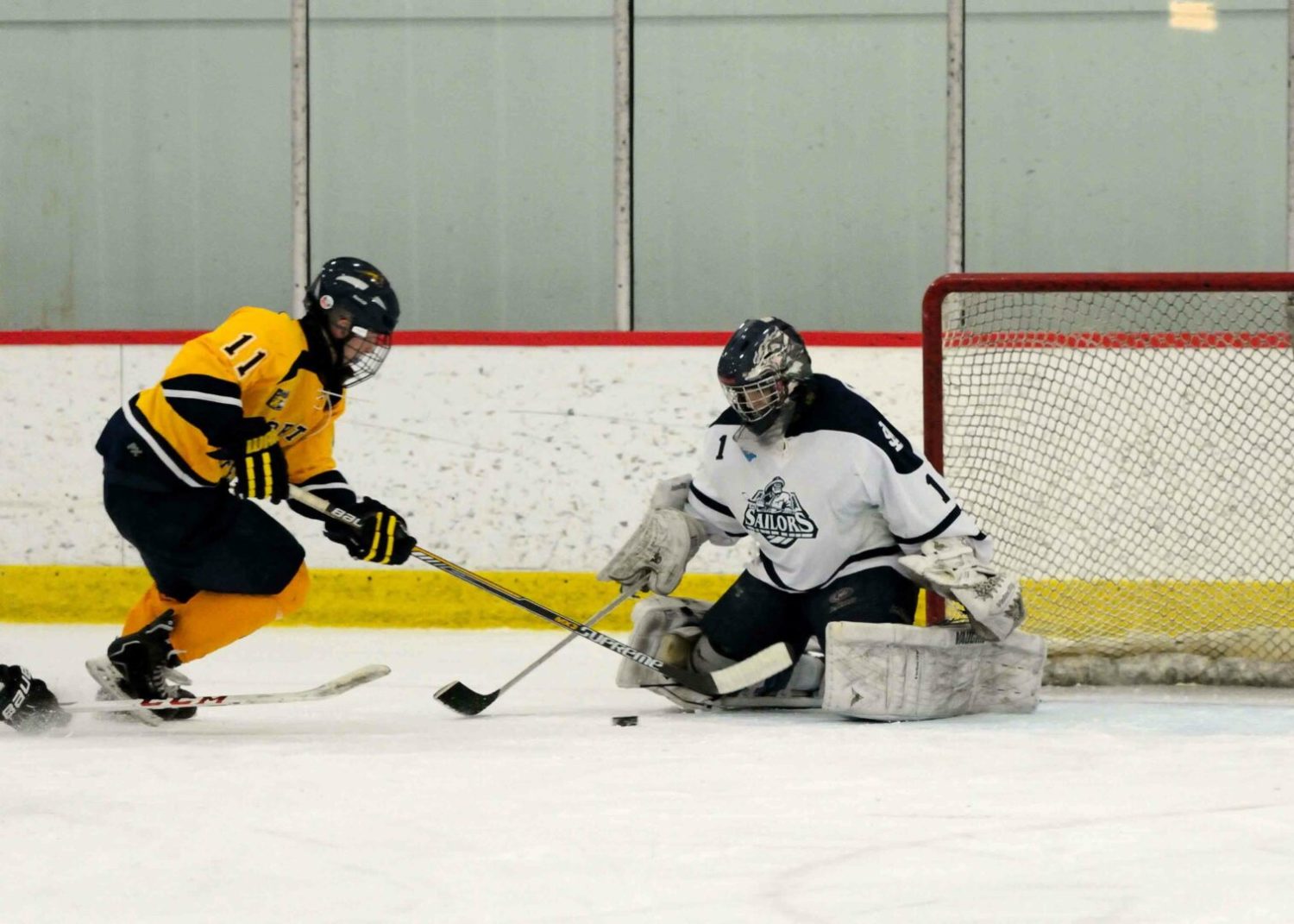 The annual event is named after a beloved former coach at Shores, and is hosted by the Sailors. 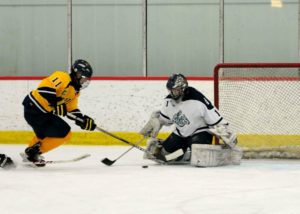 That’s probably one reason why they refused to give up on Sunday in the championship game of the tournament against Portage Central at Lakeshore Sports Centre.

Mona Shores rallied to score three goals in the third period and force overtime, before giving up a heartbreaking goal in the extra session and losing 6-5.

The comeback started to unravel midway through overtime when a Sailor player was whistled for a two minute penalty for tripping, Portage Central struck 1:20 later when Max Mones scored to give the Mustangs the game winning goal and the tournament title.

“It was good to see us come back from being three goals down,” said Mona Shores Coach Dan Quaine, whose team beat East Kentwood on Saturday and is now 6-4 on the season. “The guys could have easily come out in the third period and ducked their heads. It came down to one shot and unfortunately we were on the wrong end of it.”

The Sailors might have won the game and the tournament if it hadn’t been for Portage Central forward Zach Kinney, who scored three goals Saturday against Grand Haven, another four against Mona Shores in the championship game, and was named the tournament’s most valuable player.

Kinney scored two goals in both the first and second periods Sunday, forcing the Sailors to play from behind for most of the contest.

“He’s a big strong kid and we just didn’t play the body well enough on him,” Quaine said. “He’s a good player, for sure.” 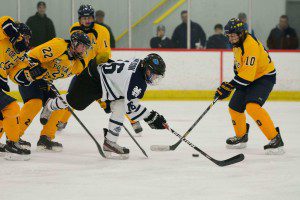 Another problem for the Sailors was Portage Northern goalie Max Quertermus. Mona Shores outshot the Mustangs by an incredible 50-24 margin, but Quartermes stopped shot after shot for the first two periods, keeping the Sailors from cashing in on their shooting advantage.

“We didn’t get any traffic in front of (the goalie) at first, and he was seeing every shot,” Quaine said. “We finally got some bodies in front of him and screened him and got some opportunities that way, but he played lights out, I thought.”

The game started out hopefully for the Sailors when Dalton L’Allier scored just 1:13 into the first period, with assists from Nathan O’Neil and Carter O’Neil.

Portage Central tied the score at the 12:03 mark with Kinney’s first goal.

The Mustangs collected two goals in the final minute of the first period, from Matt Pressley and Kinney just 13 seconds apart, to take a 3-1 at the first intermission.

The Sailors struck back two minutes into the second period with a short-handed goal by Elijah Wilson.

Kinney added two goals in the final 10:35 of the period, the second on a power play, to give Portage Central a seemingly safe 5-2 lead after two periods.

But Mona Shores was not finished.

Sawyer Jensen scored four minutes into the third period, with assists from L’Allier and Carter O’Neil, to make the score 5-3.

The Mustangs received back-to-back penalties a few minutes later, giving the Sailors a two-man advantage for 1:24. They used the opportunity to collect a goal fro Isaiah Bathrick at 7:12 of the third period to pull within one goal of Portage Central.

Mona Shores completed the comeback with about five minutes left in regulation when L’Allier scored his second goal of the game with a hard shot from the point.

But the Sailors lost their momentum, and ultimately the game, with the penalty in overtime.

“We had momentum going and were taking the play to them, then we got an unfortunate penalty,” Quaine said. “It’s tough in overtime, and it just takes one shot.”