The race is tightening in the Western Conference race in men’s basketball.

“We knew this was going to be tough game to win and we tried telling our guys that during our preparation,” MCC coach Dave Schlump said. “I thought, especially after the first half, that we competed like crazy and showed just how mentally tough of team we can be.”

In the second half, MCC erased a double-digit deficit and the teams were tied at 93-all after 40 minutes of regulation.

For the game, there were 60 fouls, three technical and 71 free throws shot.

The Jayhawks were led by Eddie Tornes with 25 points, seven rebounds and six assists. Will Roberson Jr. added 22 points, including 9-for-10 from the line. He also dished out seven assists. Deshawn Sanders Jr. added 18 points and six assists. Marcus Tumblin and Aaron Sydnor also reached double figures with 15 and 14 points, respectively.

MCC, which improves to 19-6 overall and 9-4 in the league, will host Ancilla on Saturday. 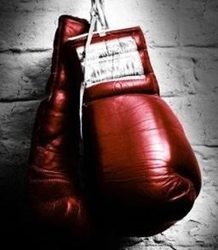