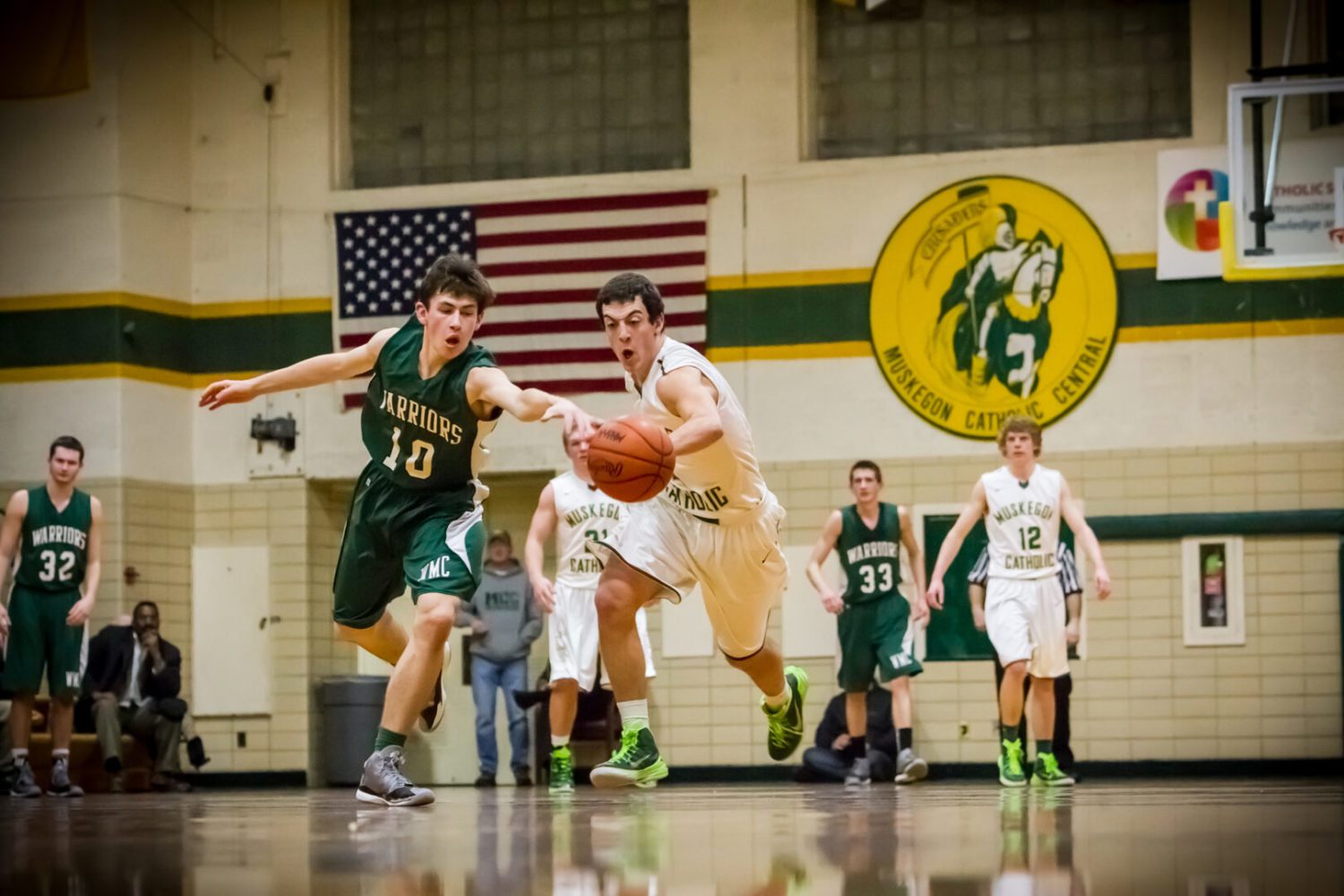 MUSKEGON – The first half was a typical battle on the hardcourt between Western Michigan Christian and Muskegon Catholic in boys basketball.

The third quarter was one-sided and that’s what sparked the visiting Warriors to a 58-46 victory over the Crusaders. 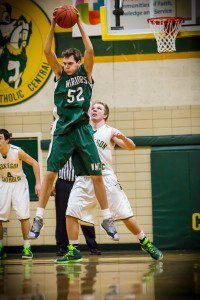 Muskegon Catholic led by five points at the half, but the pivotal third quarter saw the Warriors scored 13 of the 15 points and led to a 38-30 lead with one quarter remaining.

Senior Nate Dugener canned a pair of 3-pointers in the third quarter to spark the rally for the Warriors. He finished with 11 points.

“We did good against their press and our bench brought us really good energy too,” Dugener said. “Give credit to my teammates for setting me up. They set screens for me, they allowed me to get open, they found me and I just made the shots.” 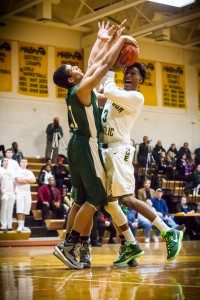 “Our points revolve around a lot of ball movement and balanced scoring,” WMC coach Kyle Mastenbrook sid. “We had a lot of even scoring. Nate ignited us in the third quarter, hitting a couple of 3s and on the receiving end of good ball movement.”

In the opening half, Dominic Woodard provided the spark the Crusaders needed. In the second quarter, he scored eight points, including a pair of three-point plays. He finished with a game-high 14 points. He was the lone Crusader to reach double figures in scoring.

Muskegon Catholic left the court for halftime with a three-point lead. But Dugener’s long-range shooting sparked the Warriors to a 13-2 advantage.

“You can tell that this game means something to both schools,” Mastenbrook said. “It means a lot to our guys, a lot to our fans.”

While some of the previous battles were won and lost at the free-throw line. That was not the case this time around as both teams struggled. WMC finished 3-for-10 at the line. MCC, which took the ball to the basket more often, made 9 of 18 from the line. 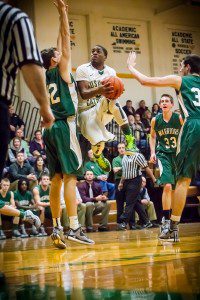 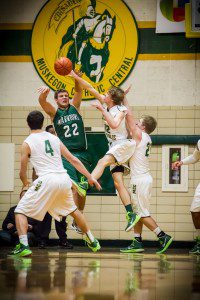 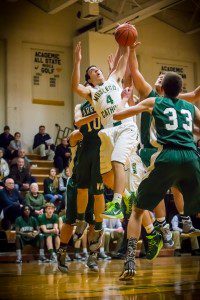 MCC’s Dom Woodard gets up against a host of Warriors to grab the offensive rebound. Photo/Tim Reilly 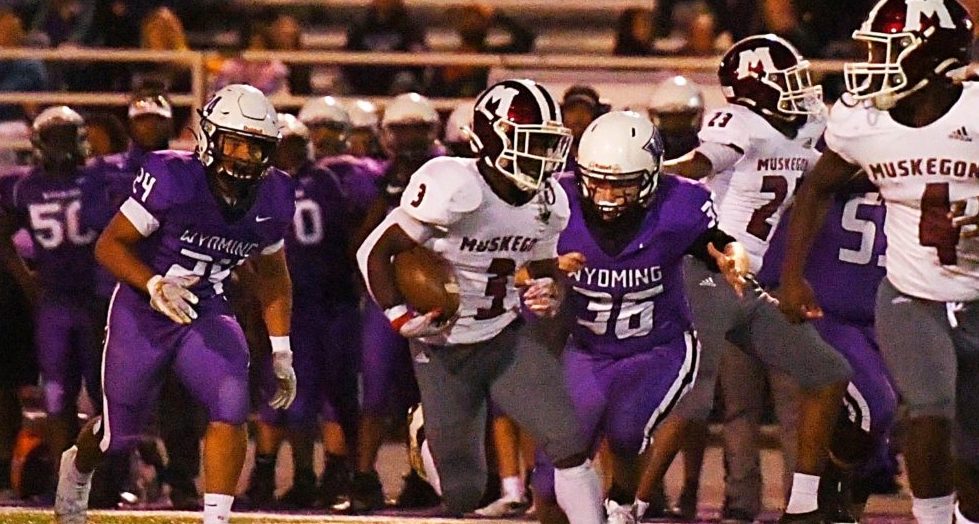 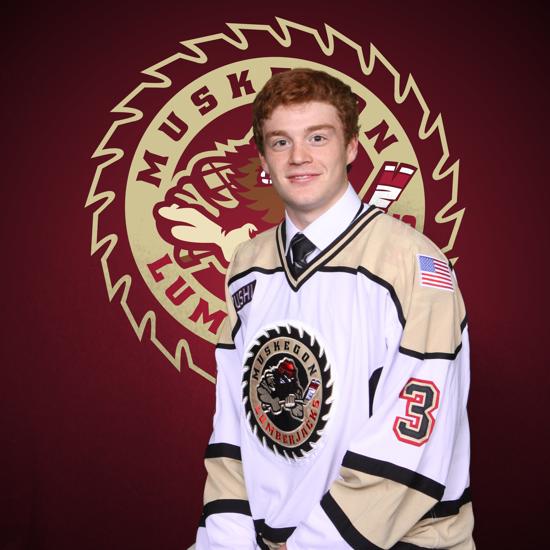