The Grand Haven softball team shook off its first losing streak of the season with an 8-6 and 12-9 doubleheader sweep of West Ottawa on Tuesday.

Last week the Bucs lost three of four O-K Red conference games, while another league game ended in a tie. Grand Haven is now 14-4-1 on the season.

In the first game Tuesday, Grand Haven exploded for three runs in the top of the seventh inning to lengthen its lead lead to 8-4. Kaylee Hartwell led off with a double before Mikayla Gronback singled her home. Kylie Masko tripled down the line and scored off an Audrey Boersen single.

The Panthers rallied with two runs in the bottom of the seventh before Hartwell closed the door on the mound and got the save for the Bucs. Masko, Gronback, and Boersen each gathered three hits for Grand Haven. Yogi Hang earned the pitching victory.

In Game 2, the Bucs led 9-6 by the second inning. Jordan Buckingham, Hartwell, Hang, and Gronback each slugged three hits, including a deep triple by Gronback.

Second baseman Pita Messer added two singles and rallied the Buccaneer defense late in the game with three double-plays fed to her by shortstop Buckingham. 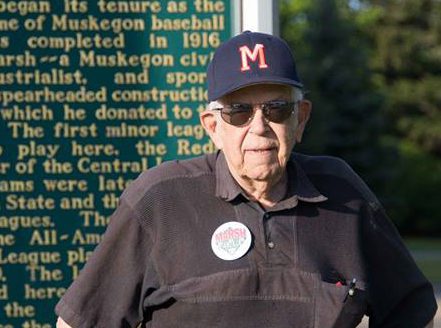 Jefferson, Big Reds grab a 35-24 win over Mona Shores in the area’s game of the year