MUSKEGON – If his baseball career happens to end next spring after college, Matt Williams says he would like to begin a career as a firefighter.

That profession would fit the 6-foot-3, 200-pound two-sport standout well. As the ninth-inning closing pitcher for the Muskegon Clippers (when he’s not playing center field or some other position), he’s proven that he can battle through pressure situations and douse opponents’ rallies. 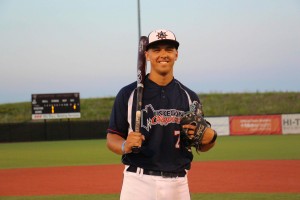 The Muskegon Clippers’ Matt Williams contributes as a pitcher and a top hitter.

Williams’ ability to get the job done – on the mound and at the plate –  has helped the Muskegon Clippers to remarkable success in the Michigan Summer Collegiate Baseball League. They are currently 17-3 and hold a commanding 6 ½ game lead in the league standings.

“We’ve got a talented group here,” said Williams, a senior at Grand Valley State University who plays baseball and football for the Lakers during the school year. “We’ve got good team chemistry and we’re out here having fun every time we step onto the field. It’s how baseball is supposed to be played.”

As a closer, Williams is 3-for-3 in save opportunities with a 1.00 ERA and 15 strikeouts. He’s walked a few batters – eight to be precise – but always manages to find his way out of scary situations with runners on base

One gutsy performance came recently against the Holland Millers at Muskegon’s Marsh Field. Williams was late due to practice with his college football team, but still pitched both the eighth and ninth innings to preserve an important 5-3 victory.

Williams got into jams both innings he pitched, but worked his way out each time.

He left the tying runners on first and second base after getting two strikeouts in the eighth. He closed the game by getting out of a bases loaded jam with two outs in the ninth inning.

“Getting into trouble helps me pitch better,” Williams said after the game.

Williams has also helped his team with his bat, hitting a solid .304 with 12 RBIs, two home runs and six doubles in 56 plate appearances.

As Clippers Manager Walt Gawkowski put it, Williams is a “fierce competitor and a talented athlete.”

Williams’ athletic versatility is one of his strong suits, and the Clippers take full advantage of it. He’ll commonly play the opening eight innings of a game in center field for the Clippers, and once a save opportunity presents itself in the ninth, Williams takes the hill.

And amazingly, he pitches without warming up, and usually ends up doing just fine

He says he starts throwing a bit harder when playing catch in the outfield before the opponent bats every inning, to make sure he’s loose enough to pitch.

“I’ve always played multiple positions, and around my junior year of high school I started doing that,” Williams said. “I’d play in the outfield and then take over in relief.

“Really, it’s just my focus to help out the team any way I can, and if that helps us win, that’s what I’m going to do.”

Williams developed his skills on the baseball diamond and football field in his hometown of Geneva, Ill., about 40 miles west of Chicago. He started his collegiate career at Northern Illinois University, a Division 1 school.

He was primarily a football player at Northern Illinois, playing wide receiver, and got the chance to compete with the team in the 2013 Orange Bowl.

But a desire to play both football and baseball on a regular basis led to his transfer to Grand Valley.

“I wanted to find a school where I could do both, and my coach at Northern Illinois helped me find a few options and Grand Valley was one of them,” Williams said.

Once the Clippers’ season wraps up in early August, Williams will shift his complete focus to  Grand Valley football, where he’ll look to contribute to a Lakers’ playoff push as a wide receive

As a junior last season, Williams saw action in all 11 of GVSU’s games and hauled in 11 catches for 181 yards and three touchdowns.

Williams’ final collegiate season will come in the spring of 2016, where he will be a senior relief pitcher for the GVSU baseball squad. Last year, Williams appeared in a team-high 27 games and tallied a solid 4-2 record with a 2.97 earned run average. He fanned 36 batters and issued just 12 walks.

The Lakers advanced to the Division 2 Midwest Regional, where they were eliminated by league rival Ashland (Ohio). GVSU finished its season with a 34-18 record.

Williams, a criminal justice major, would love to do well enough in his senior season to follow in the footsteps of his friend and former Clipper Jamie Potts, who was recently selected by the Texas Rangers in the Major League Baseball amateur draft and is playing in the minor leagues.

“I was actually taking a nap at his apartment the day he was drafted,” Williams said. “He came running down the stairs screaming ‘I just got drafted by the Rangers!’ It was a cool experience.” 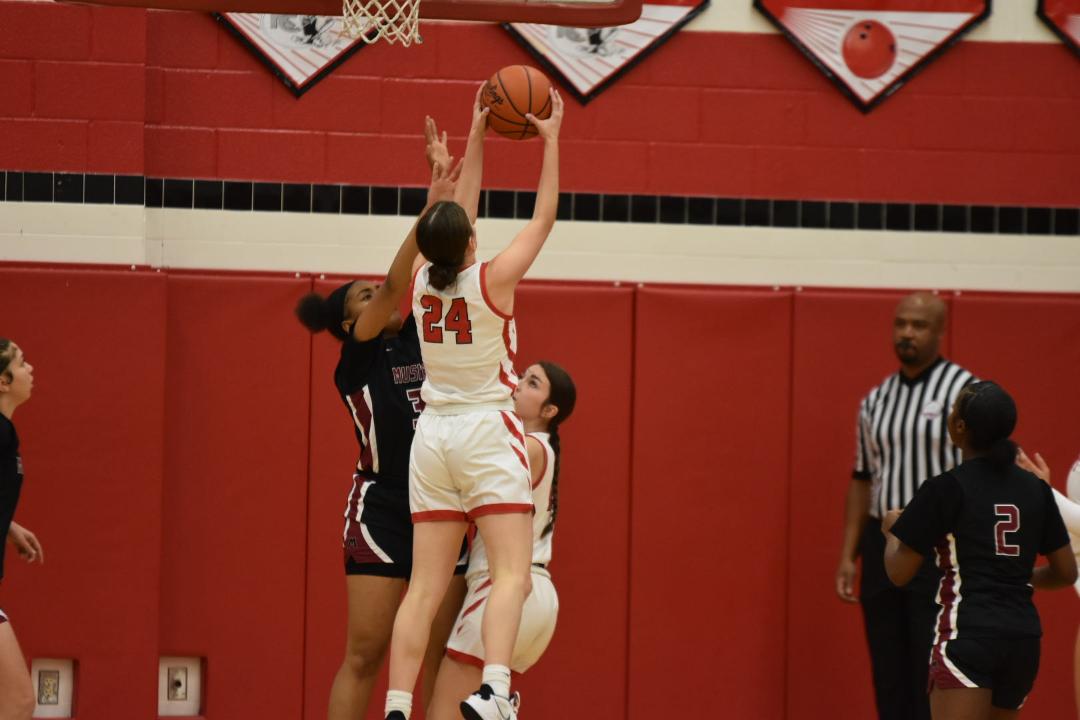