Koziak named coach of the week by the Detroit Lions

Koziak led his Mona Shores squad to an impressive 31-10 win over Rockford in Week 3. 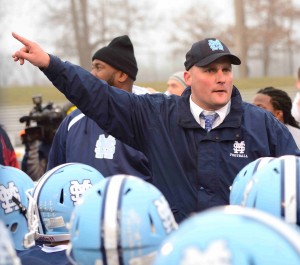 In his fifth year with the Sailors, Koziak’s team is 3-0 entering into a Week 4 game against Caledonia.

Each week the Lions name a high school coach of the week for Michigan, based on player character, discipline, and football skill in addition to an emphasis on player health and safety.

Mercy Health Sports Medicine and Athletic Performance Center was also named by the Lions as a key in keeping the Sailors team safe.