Reeths-Puffer lacrosse player  Jake Kovalcik scored his 100th career goal in the Rocket’s 15-10 win over Lakeview on Friday. The senior attacker tallied a hat trick and two assists in the victory.

“One hundred career goals is pretty impressive in lacrosse,” said R-P Coach Bobby Walters, who’s who is in his third year coaching the Rocket program, which started in 2012. “He (Kovalcik) played three games in his freshman season and has started since. To average 30-some goals every year is pretty unheard of.”

Nick Schanhals also led the Rocket attack with five goals and an assist and now has 91 goals in his career.

Reeths-Puffer finished the regular season with the best record in the program’s young history at 12-6.

The Rockets led 3-2 after the first quarter, built an 8-4 lead at halftime and led 11-7 going into the final stanza.

R-P Long pole defenseman Brayden Blackburn scored a goal and had an assist after sprinting the length of the field to find the back of the net for R-P.

Goalie Lawson Fairfield had 20 saves in the win for Reeths-Puffer, which will face Holland Christian in the opening round of the state tournament next week Friday, May 20. 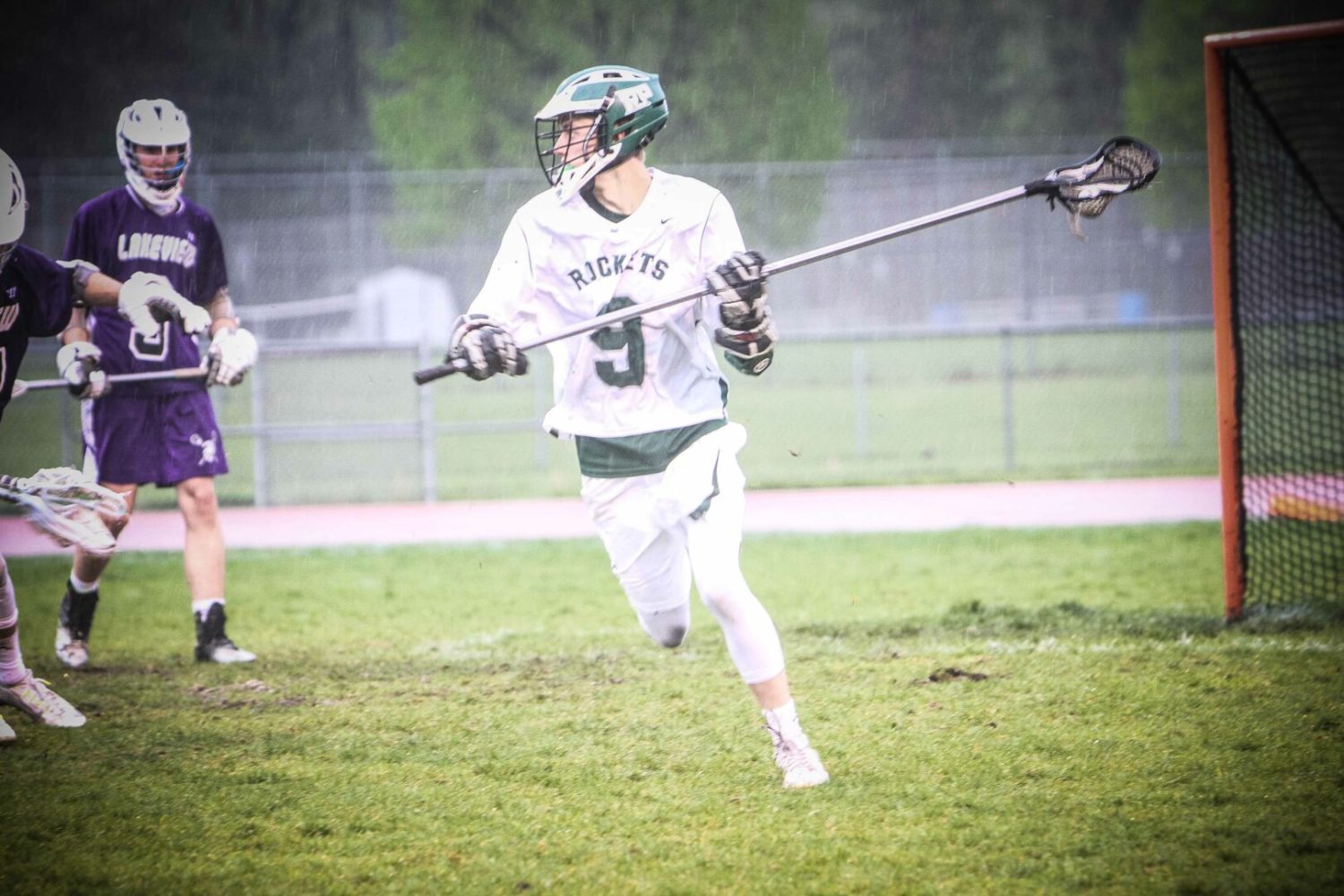 No. 9 Brayden Blackburn controls the possession for Reeths-Puffer. Photo/Joe Lane 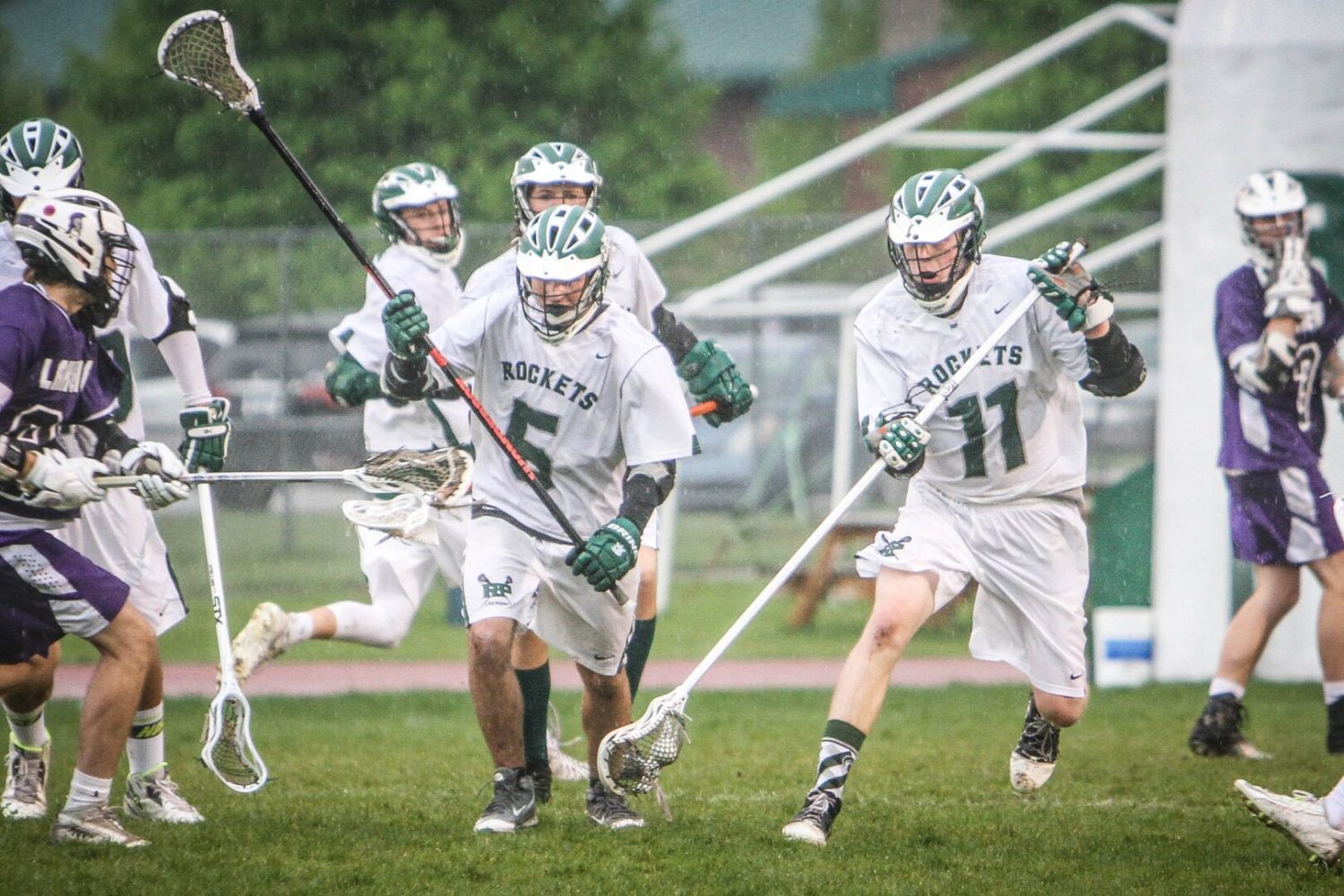 No. 11 Josh Robidoux looks to pick up the loose ball as No. 5 Travis Stegall follows. Photo/Joe Lane 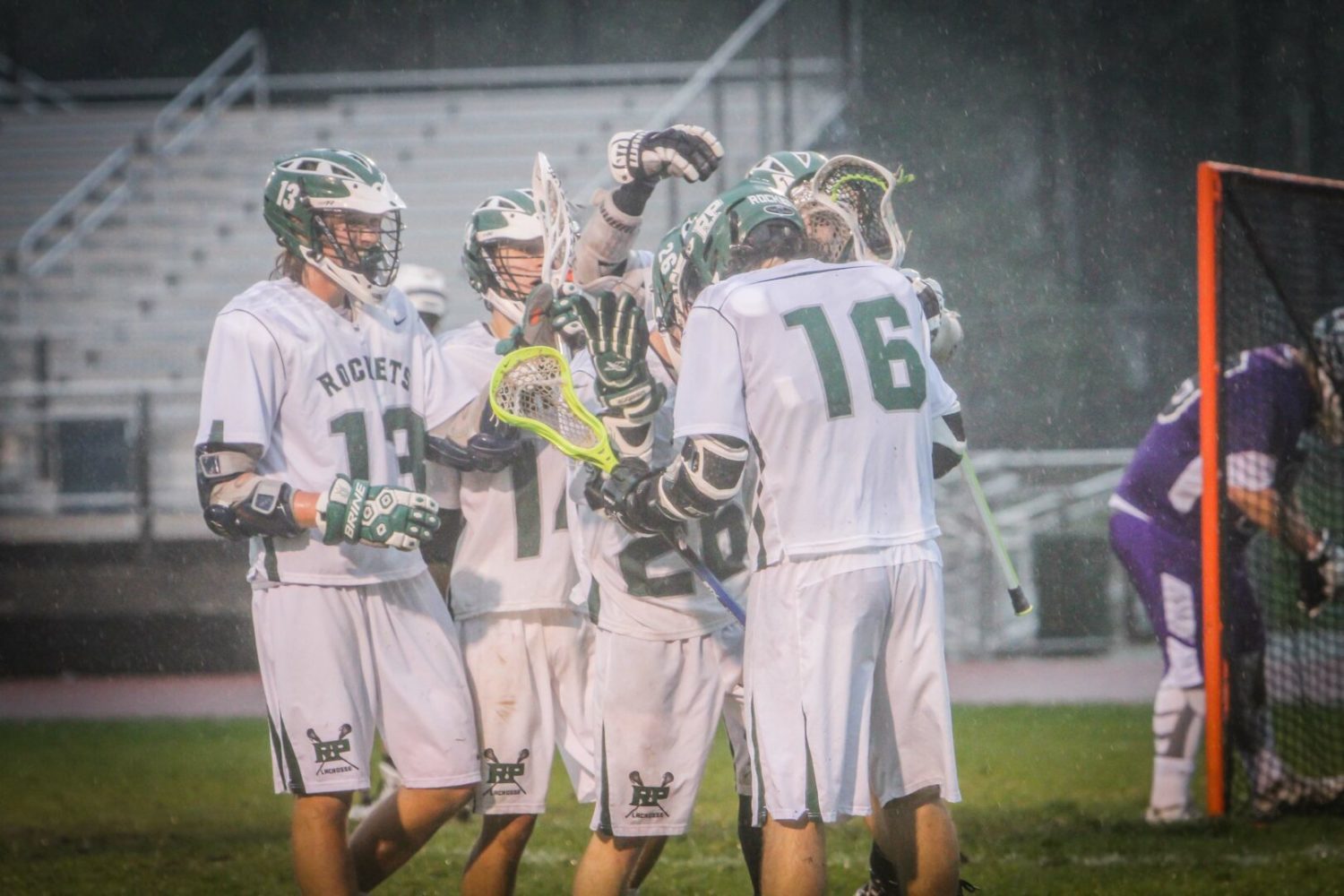 No. 16 Jake Kovalcik is surrounded by his teammates after scoring his 100th career goal. Photo/Joe Lane 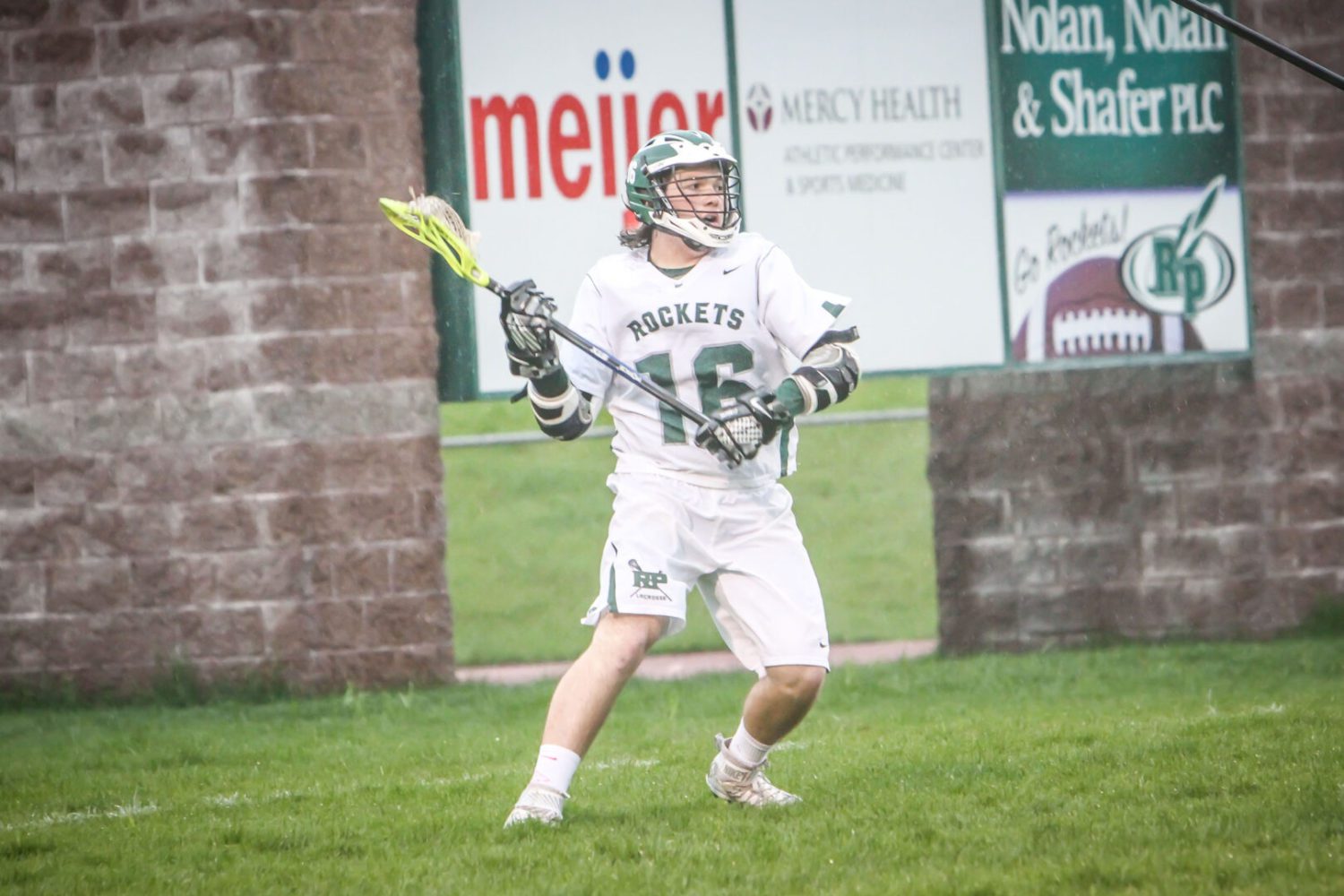 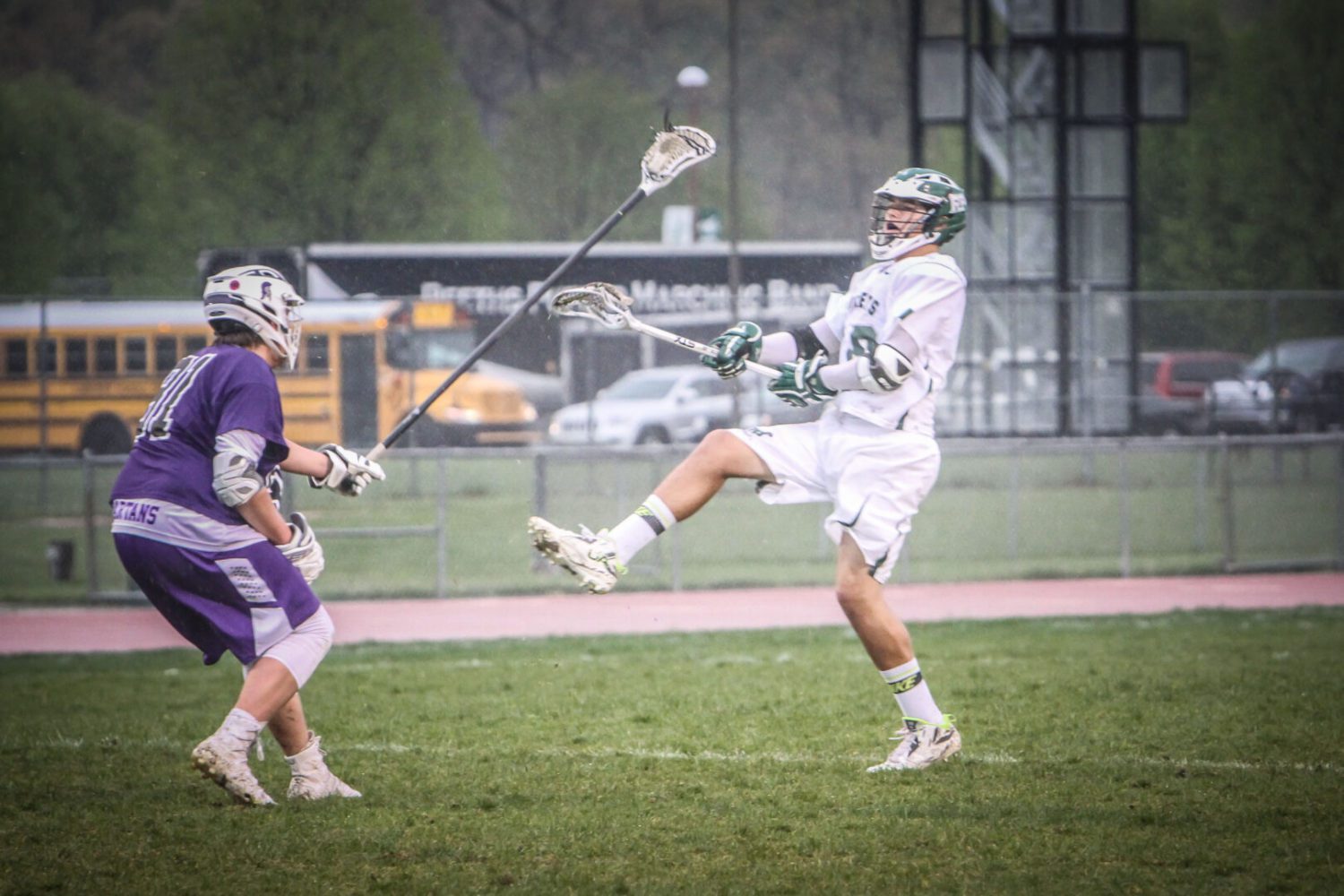 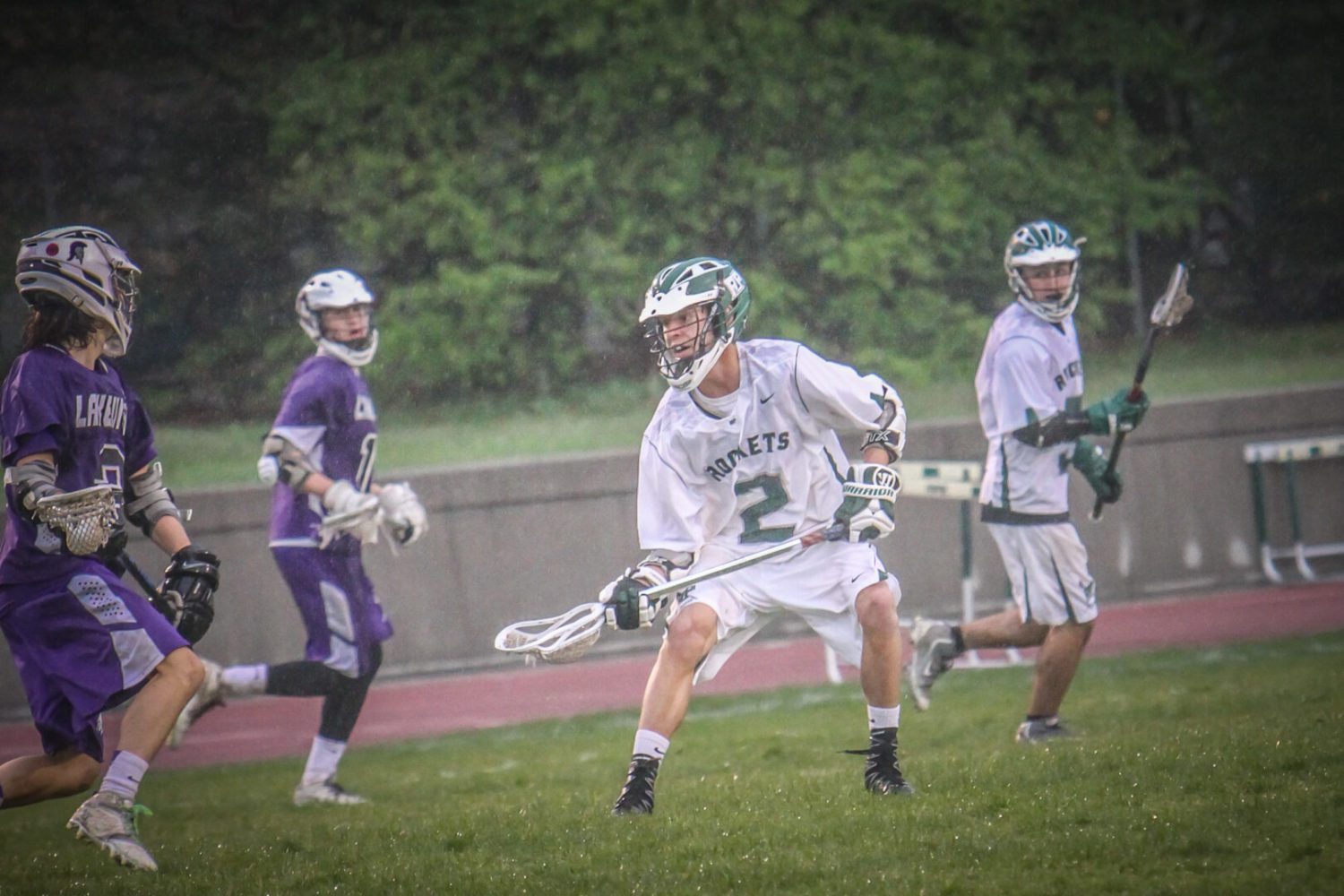 No. 2 Josh Pfhistner looks to make a play for Reeths-Puffer. Photo/Joe Lane 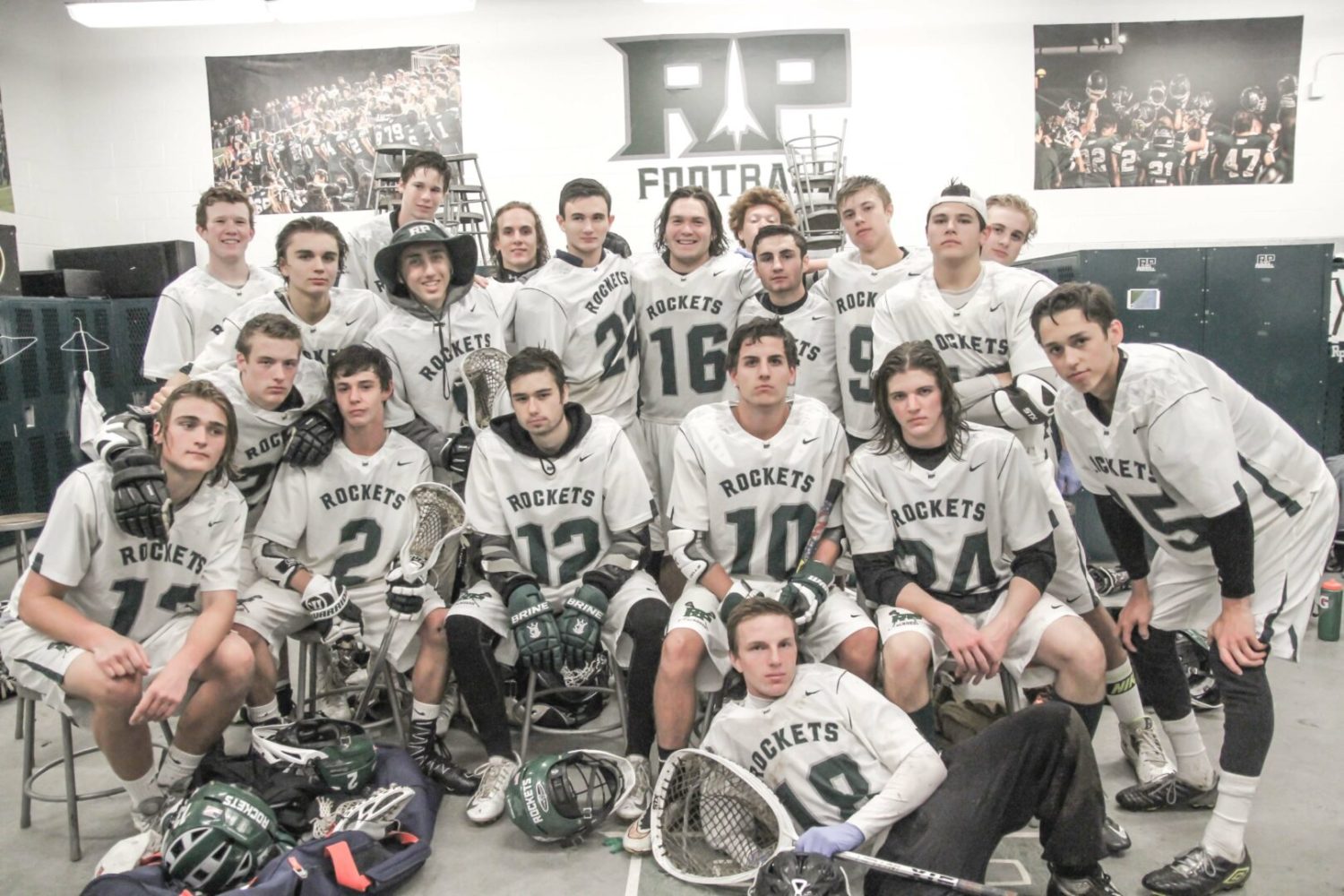 Ironmen finally get a quality opponent, lose a heartbreaker to West Virginia 33-28