MUSKEGON – It looks like the Muskegon Clippers have the ability to score a ton of runs this season.

The Clippers entered Friday night with a total of 29 runs through their first three contests. 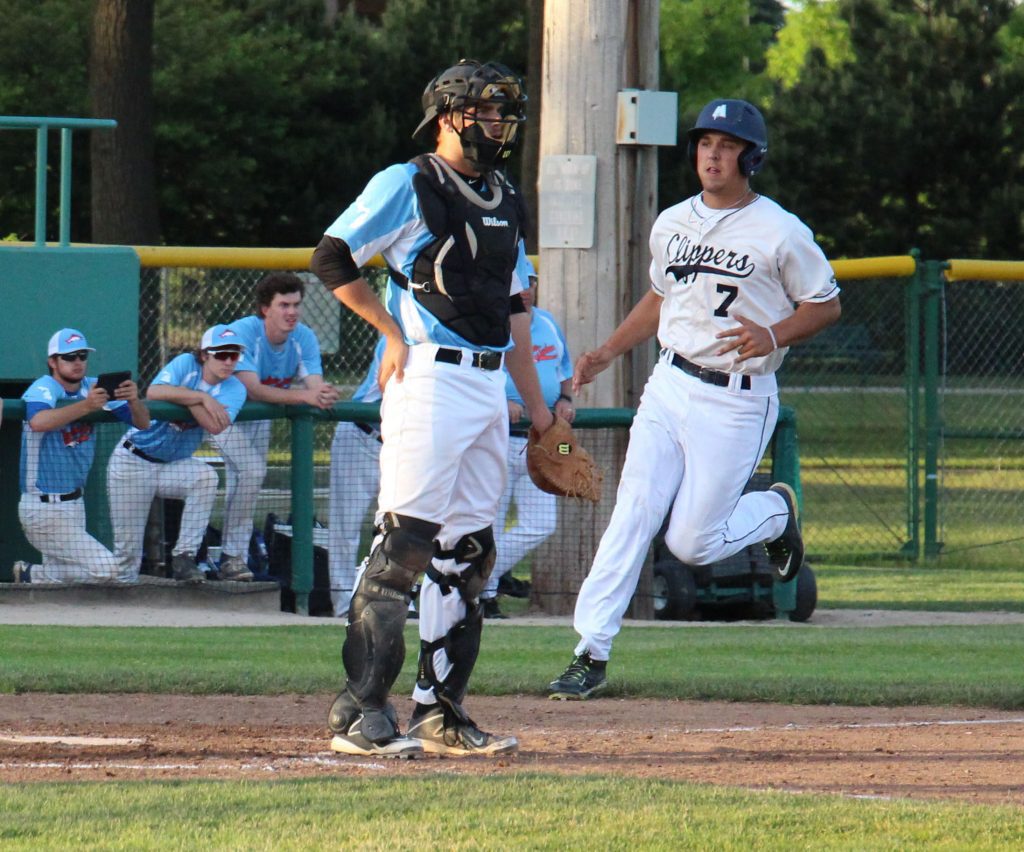 They continued that high-scoring trend in a big way with an 18-4 filleting of the Shoreline Salmon at Marsh Field.

The Clippers improved to 3-1 on the season, good for first-place in the Michigan Summer Collegiate Baseball League. They will make the short trip to Muskegon Community College on Monday to face the Salmon in a rematch.

“It was one of those games where not a lot went right for them (Shoreline), but we swung the bats right tonight and created a lot of positive opportunities,” said Clippers Manager Walt Gawkowski, whose team has won both games against the Muskegon-based Salmon this year. “We have been fortunate to beat them handily so far but they will get better.”

The Clippers scored in every inning besides the second and eighth. They jumped out to a 5-0 lead after the first inning, led 8-0 after three, and had an 11-0 advantage in the fourth before the Salmon scored their first run in the fifth.

Muskegon finished the game on a 7-3 tear, scoring two more runs in the fifth, four in the sixth and one in the seventh.

Clippers infielder Connor Seymour finished his career in style, with three hits, including a double, and three RBIs. 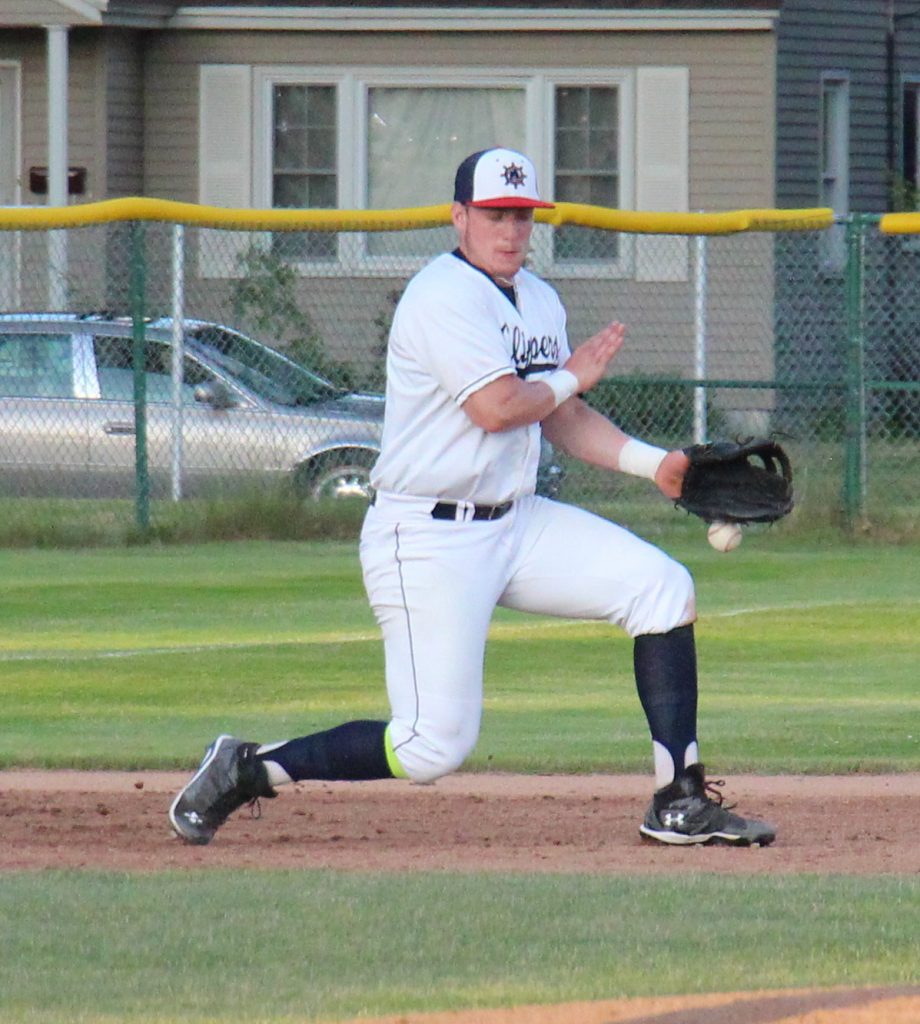 No. 24 Andrew Null misses a tough hop at third base. Photo/Jason Goorman

Seymour, who signed a one-week contract to temporarily fill an open roster spot, has played for the Clippers since their inaugural season in 2014 and said he will miss playing the team.

“It was fun coming out here for the Clippers over the last three years,” said Seymour, a Muskegon Catholic grad whose attends Davenport University. “Honestly I am speechless, it is tough to say goodbye to it. It is kind of sad honestly.”

Muskegon’s Andrew Null had three RBIs while Will Harris chipped in with two hits and two RBIs. 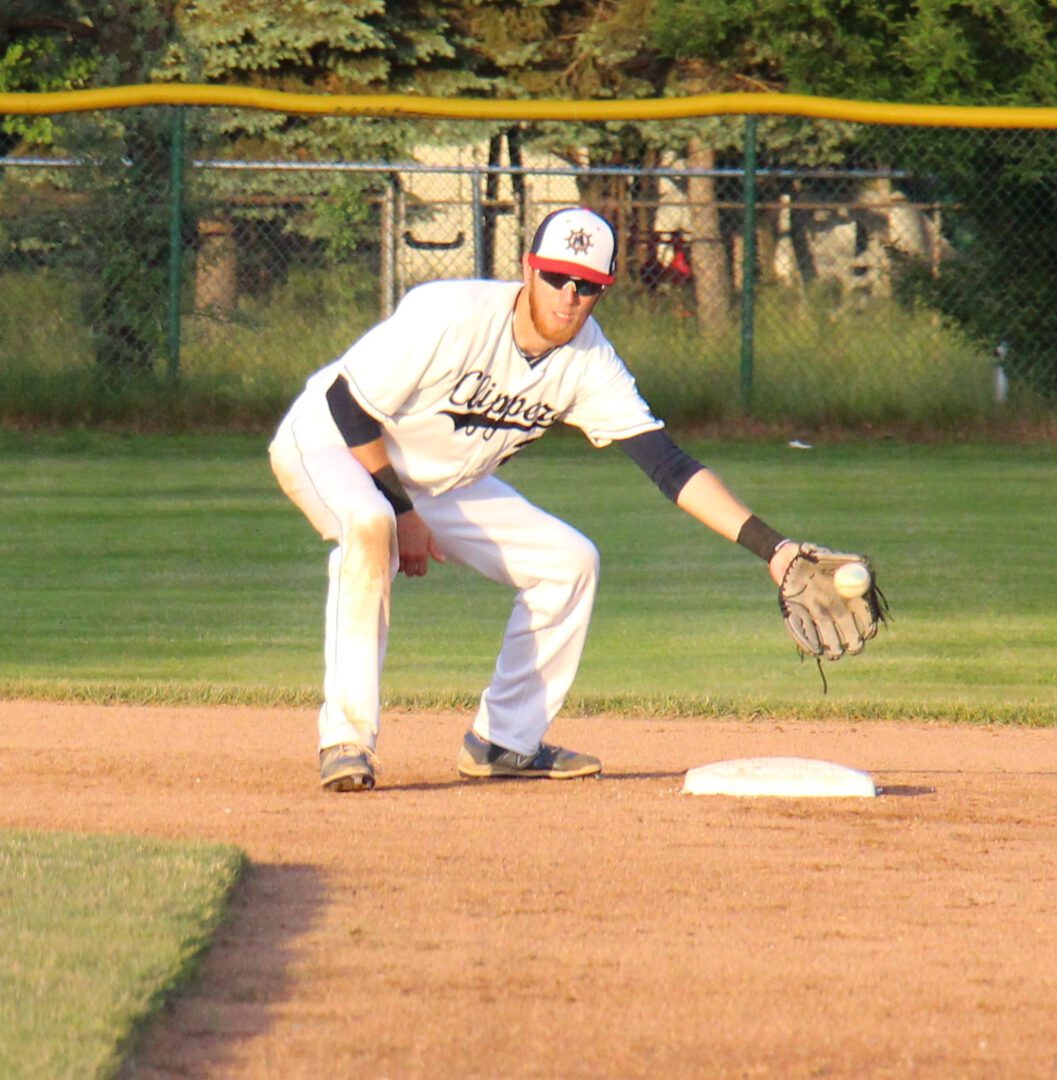 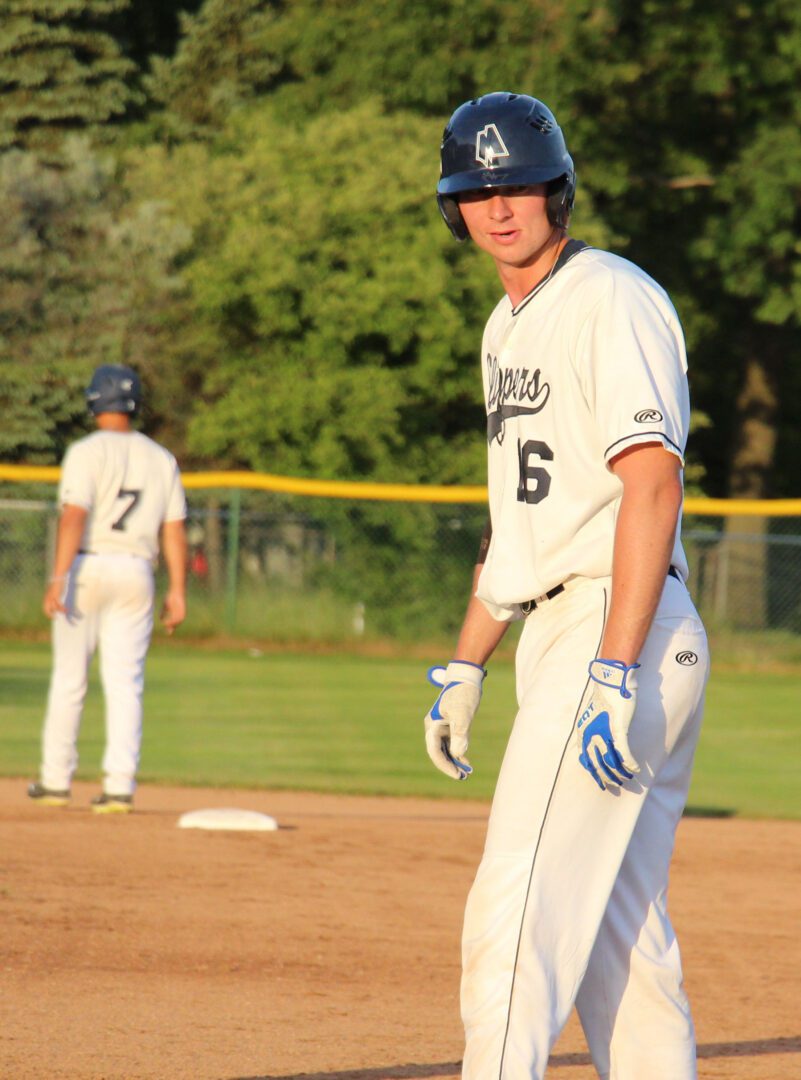 Clippers rebound from a six-run deficit, and get their first home victory of the season, with an 8-7 win over Lima Locos