MUSKEGON – The Muskegon Clippers have been getting more chances to prove they can win close games lately – and they’ve been up to the task.

After a lot of easy wins earlier in the season, they’ve been challenged lately: 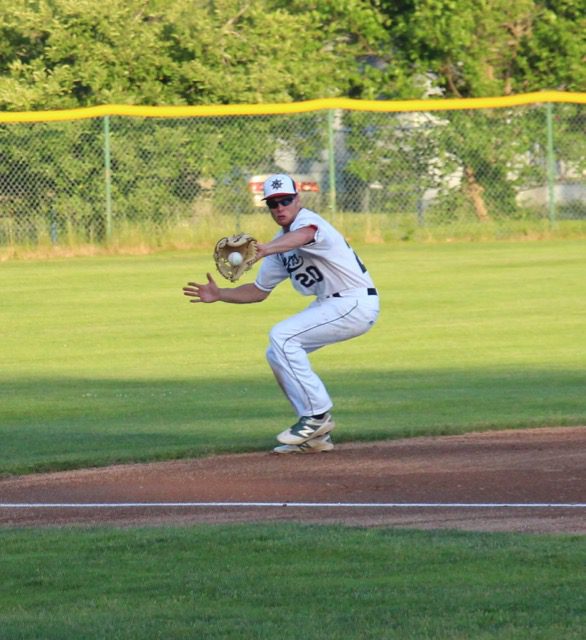 Ryan Mergener makes the play at third base for the Clippers. Photo/Jason Goorman

That trend continued on Friday.

Muskegon broke a 2-2 tie in the seventh inning to clip the Mid Michigan Tigers 3-2 at Marsh Field.

The Clippers improved to 8-0 in Michigan Collegiate Summer League Baseball play and 8-1 overall. They are currently in first-place, two games ahead of the Holland Millers.

Muskegon is scheduled to host Holland and Shoreline on Monday and Tuesday, respectively.

“We haven’t been in a game like this in a while,” said Clippers Manager Walt Gawkowski. “We got outhit 8-5 and we made three mistakes in the field, but we found a way to persevere.

“It was a good win for us, we are playing towards the rest of this year and then get into that regional tournament and hopefully the World Series in Toledo.”

Muskegon, which generally has a small roster, fielded the minimum nine players tonight.

Andrew Null tossed four innings of relief to pick up the win for Muskegon, allowing one run on two hits while striking out five batters, which included three in the ninth.

The Tigers opened the scoring in the fifth inning on an RBI single by Dylan Thomas, scoring Matt Mueller.

Muskegon responded with a two-run homer in the sixth inning by catcher Connor Glick to give the Clippers a 2-1 advantage.

Mid Michigan tied the game 2-2 in the seventh, scoring on an error by the Clippers shortstop.

The Clippers regained the lead for good in the bottom of the seventh on a sacrifice fly by Will Harris, which scored Null for the game-winning run. 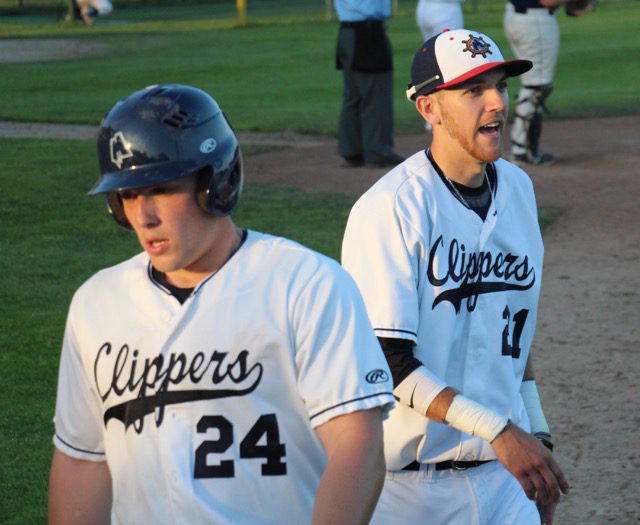 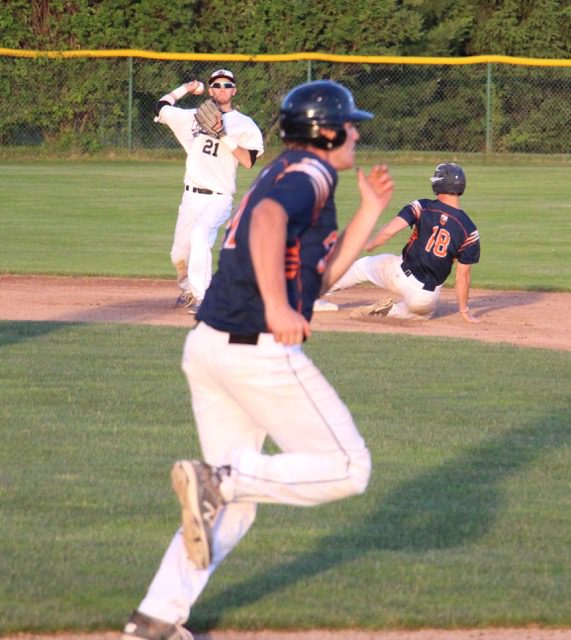