Gibson’s seventh-inning homer on Friday helped the Whitecaps wrap up an impressive 11-3 victory over the Lansing Lugnuts on Friday in front of a big crowd at Fifth Third Ballpark.

The home run was not a major factor in the outcome, since the Whitecaps already had a big lead. But it was the team’s first round-tripper at home this season, and put an exclamation point on a dramatic offensive outburst for West Michigan.

The Whitecaps, who had 19 hits in the game, won their second game in a row, following a recent 1-4 stretch. 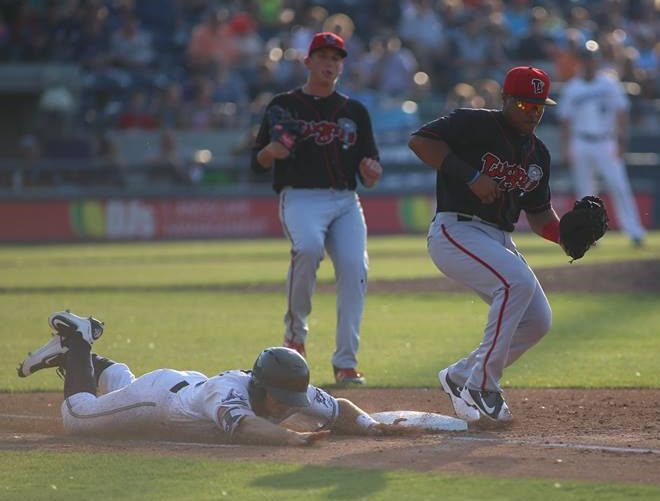 The victory kept the team in the thick of the Midwest League’s Eastern Division pennant race. The Whitecaps improved to 35-23 and are one game behind division-leading South Bend and a half game ahead of third-place Lake County.

The two top teams at the end of the first half of the season automatically win spots in September’s postseason playoffs. The Whitecaps have nine games left in the first half.

“Obviously we’ve been hot lately, and I want to continue that streak so we can go and clinch this first half, but I don’t want to get ahead of ourselves,” said Whitecaps Manager Andrew Graham. “We have to take it one game at a time.

While there’s still a lot of baseball to play, Gibson was thrilled to get the team’s first homer of the season at Fifth Third Ballpark.

“It felt good to get that monkey off your back when you’re sitting on a goose egg for a while,” Gibson said. “I’ve been working with our hitting coach every single day on getting my legs through, and that’s where it really shows.” 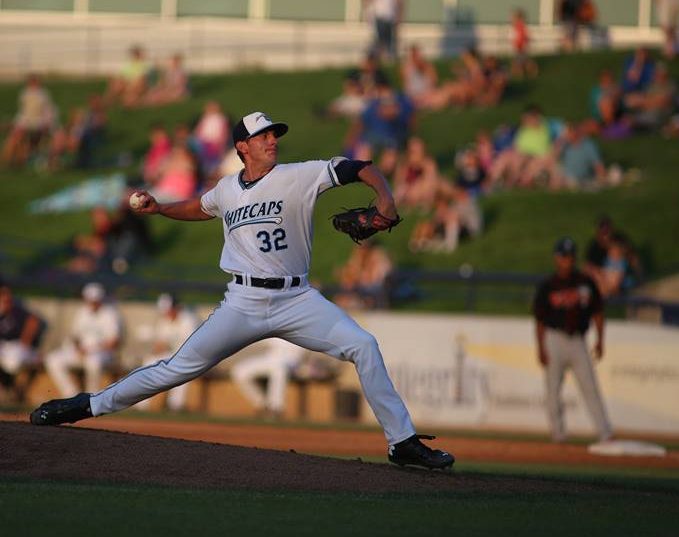 Kyle Dowdy delivers the pitch for the Whitecaps. Photo/Tom Reynolds

The Whitecaps took a 1-0 lead in the bottom of the first on an RBI double by David Gonzalez.

They added four runs in the third inning with an RBI double by Will Allen, an RBI single by Jose Azocar and a two-run single by Leo Laffita, to take a 5-1 lead.

West Michigan tagged on three more runs in the fourth inning with an RBI single by Shane Zeile and a two-run single by Laffita.

The Whitecaps sealed the victory with single runs in the sixth, seventh and eighth innings, respectively. Gibson’s solo shot came in the seventh inning.

Azocar finished with four hits and two RBIs while Laffita had three hits and knocked in four runs.

West Michigan starting pitcher Kyle Dowdy got the win, scattering six hits with three strikeouts and one walk over six innings. He improved to 3-1 on the season.

“Dowdy did a good job most of the game,” Graham said. “He was a little behind in the counts at the beginning but made an adjustment and kept us in the game until our bats came alive.”Z 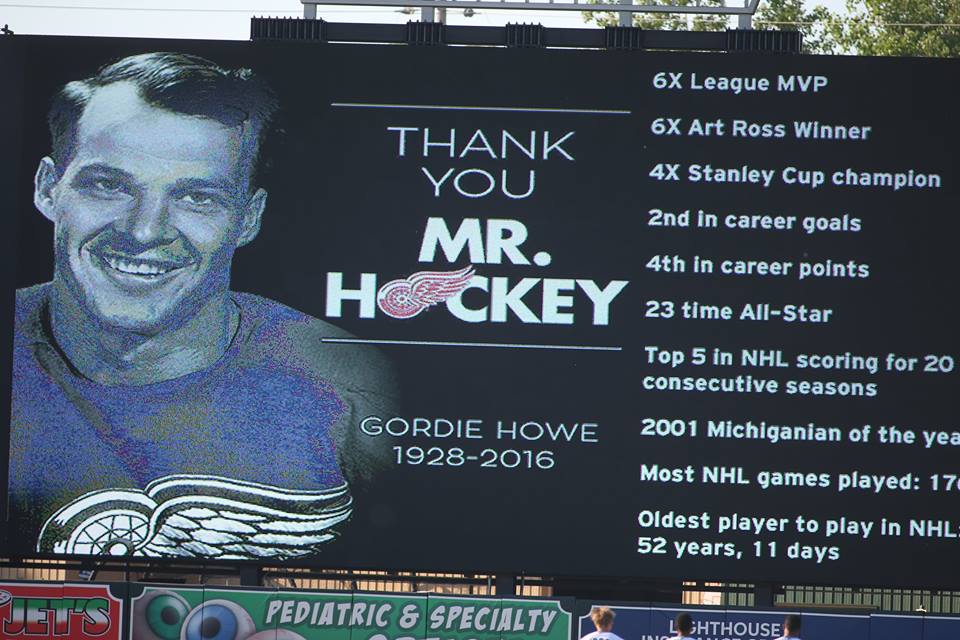 West Michigan takes time to honor Mr. Hockey, Gordie Howe, who passed away at the prime age of 88.