But the Vikings’ defense ran back a pair of second half interceptions for touchdowns and turned a 7-0 North Muskegon halftime lead into a 35-14 victory and a major confidence booster.

“This is a young group,” said Sigmon. “We got punched in the mouth last week, and we wondered ‘How good are we?’ but I was very proud of our kids’ resiliency.”

Vikings senior running back/defensive back JoJo Dowdell led Whitehall on both sides of the ball. He rushed for 127 yards and scored a five-yard touchdown. But it was his interception on the first play of the second half that set the tempo for the comeback.

Dowdell grabbed North Muskegon quarterback Jesse Cook’s errant pass at the Norse 42-yard line, got a key block from Brandon Rake, and weaved his way into the end zone for his first career pick six.

“It’s a big confidence booster,” said Dowdell. “Personally, I had some self-doubt after I gave up a couple of touchdowns last week on defense. I just decided to step up my game this week in practice and that pick six really helped.” 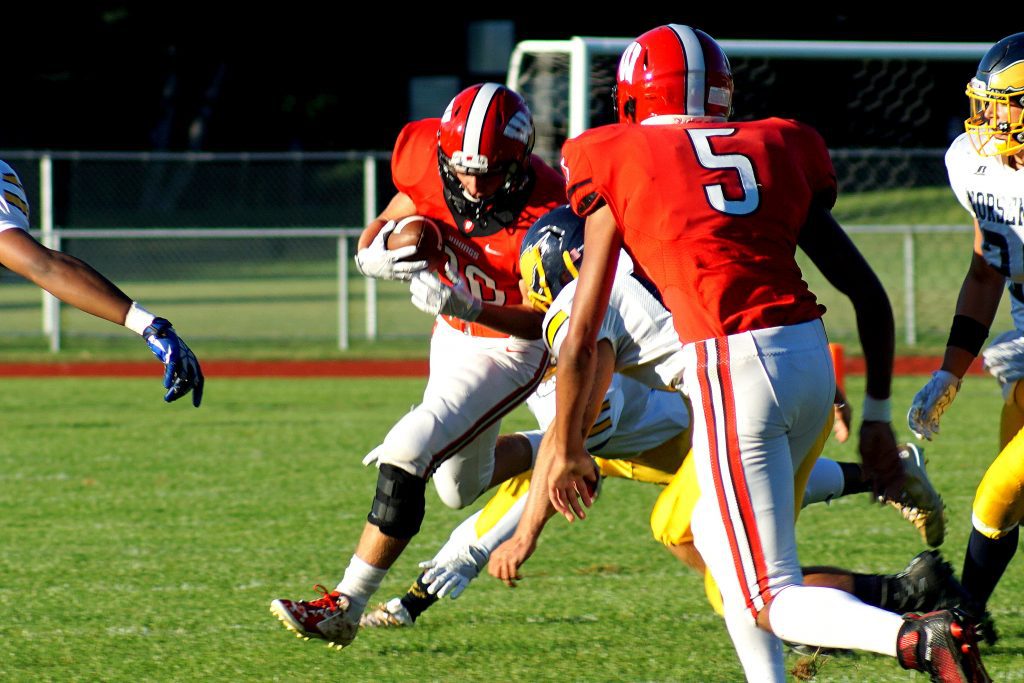 Whitehall’s No. 20 Tylor Russell prepares to take a hit on the run. Photo/Leo Valdez

“(Dowdell) is a perfect teammate,” says Sigmon. “You see the glitz and glamour out here tonight, but you don’t see how he helps the young kids in practice. He’s a phenomenal kid and we’re lucky to have him.”

Whitehall’s defense sacked Cooke six times in the game. Cooke finished 8-for-18 through the air for 106 yards.

Huizenga also rushed for 48 yards and turned a botched handoff into a 15-yard TD run.

The Vikings rushed for a total of 246 yards.

“We were pretty stellar against the run in the first half, but they kinda took it to us in the second half,” said Norse head coach Larry Witham. “But we’ll be back. We’ve got some really talented kids and we’ll get after it again this week.”

Vikings junior linebacker Jack MacArthur sealed the game with his own pick six. He intercepted Cooke at the 35-yard line and carried a few defenders with him into the end zone.

North Muskegon was led by senior tailback Vernonell Smith, who for 77 yards on 18 carries. 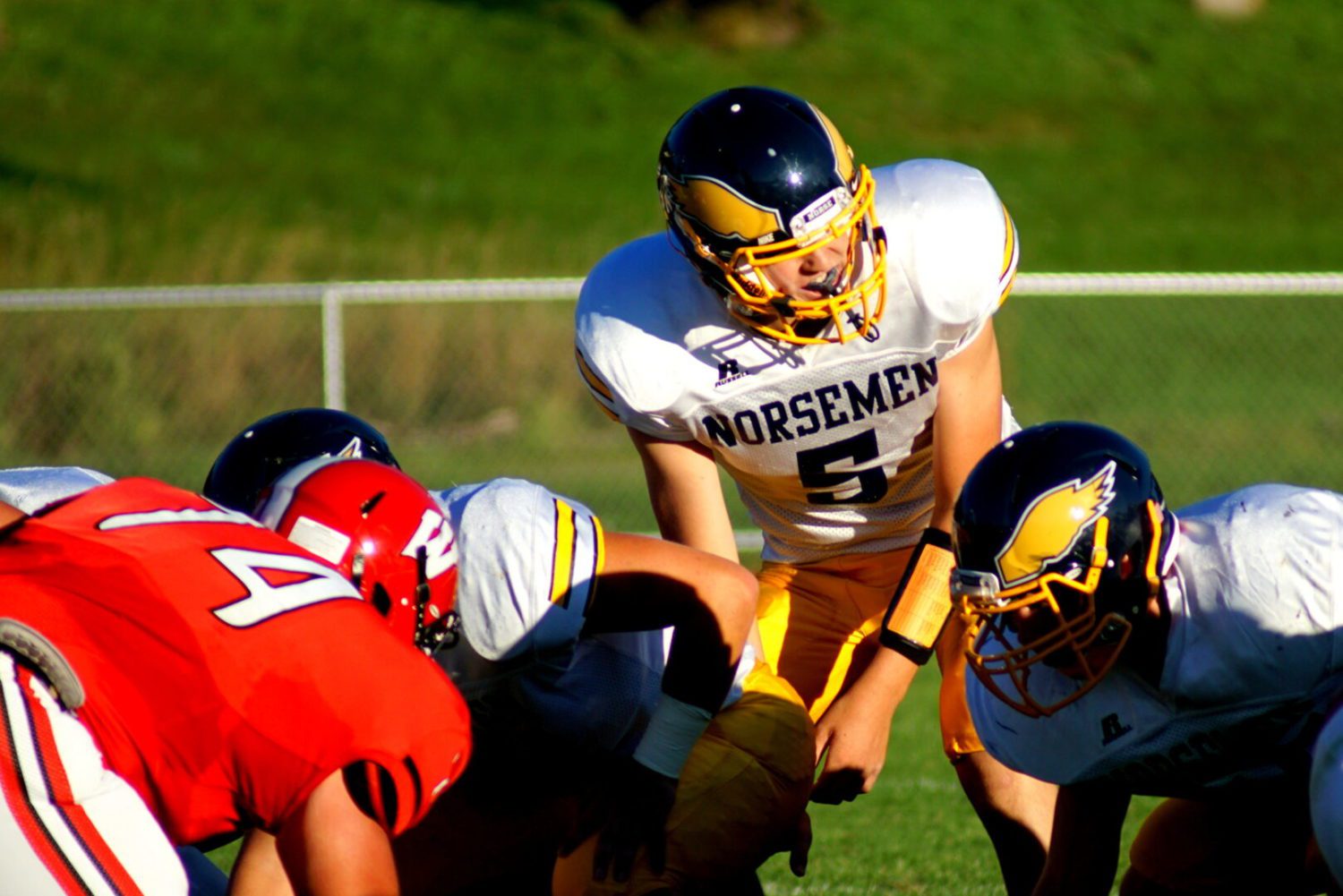 North Muskegon QB Jesse Cooke looks down the line before calling the play. 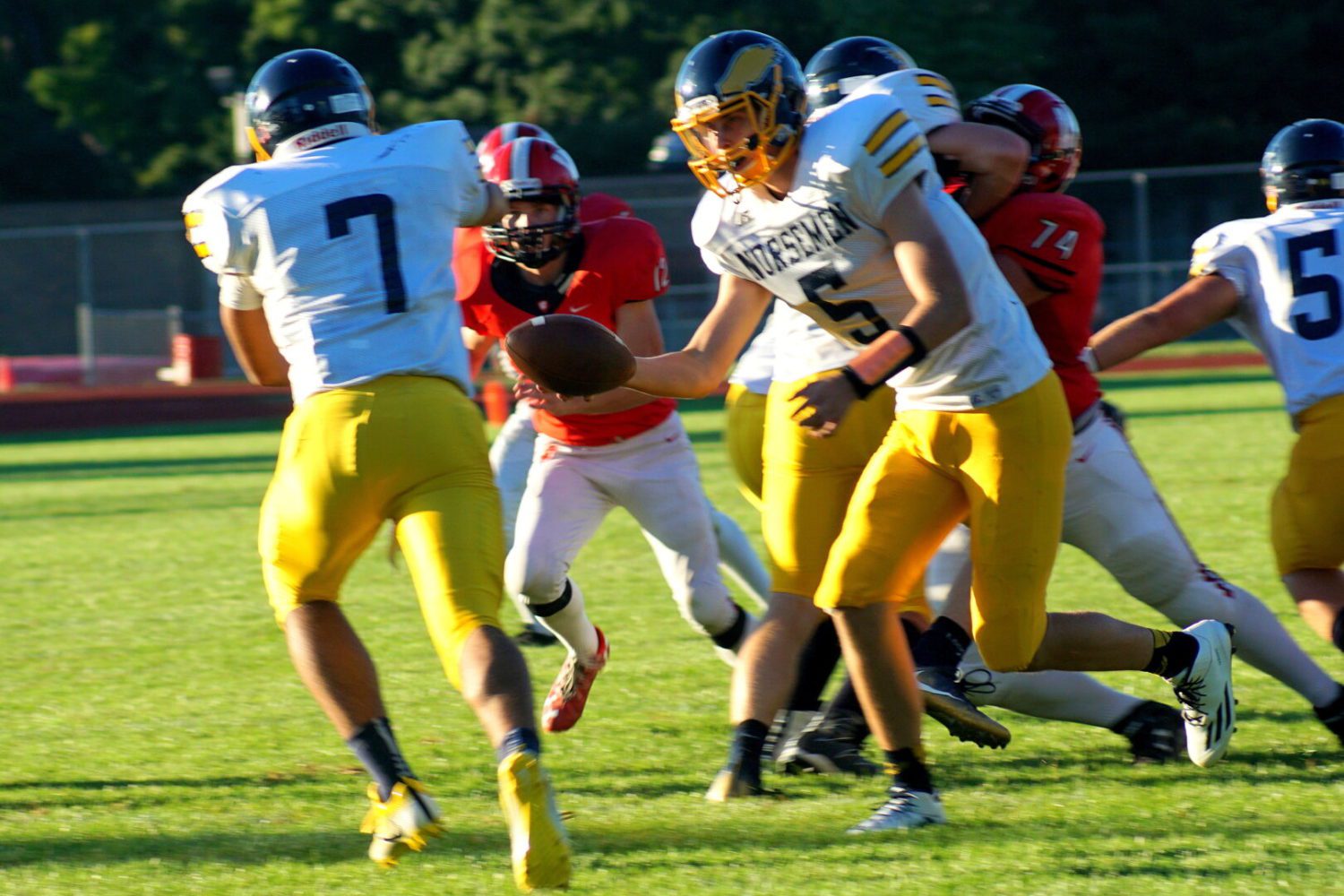 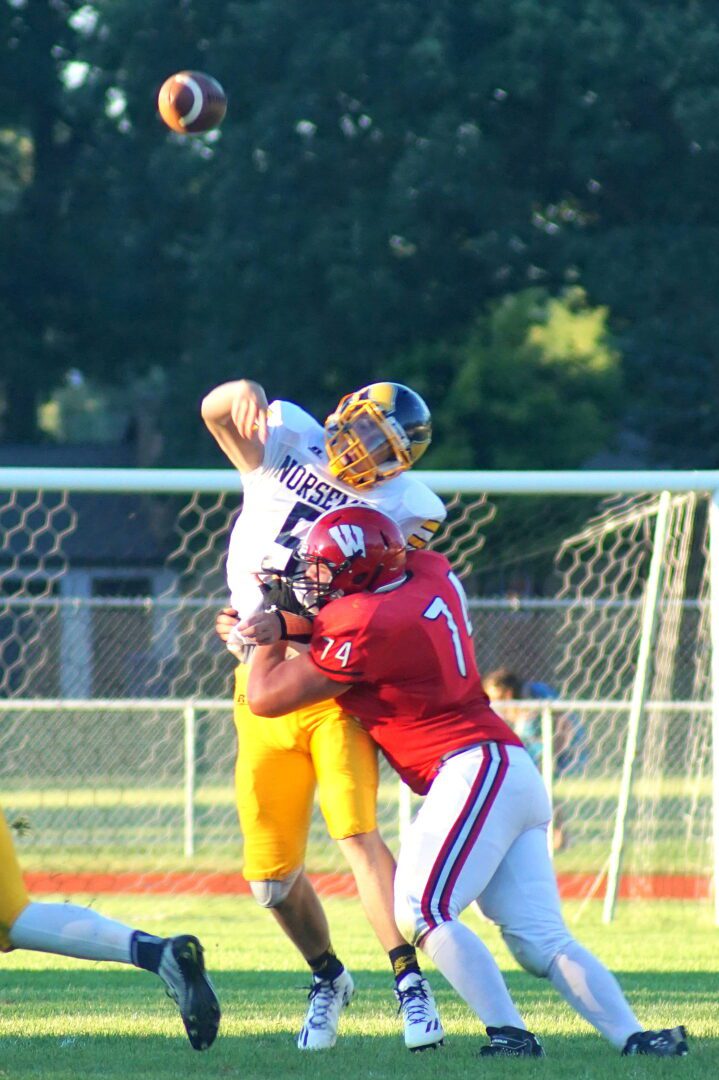 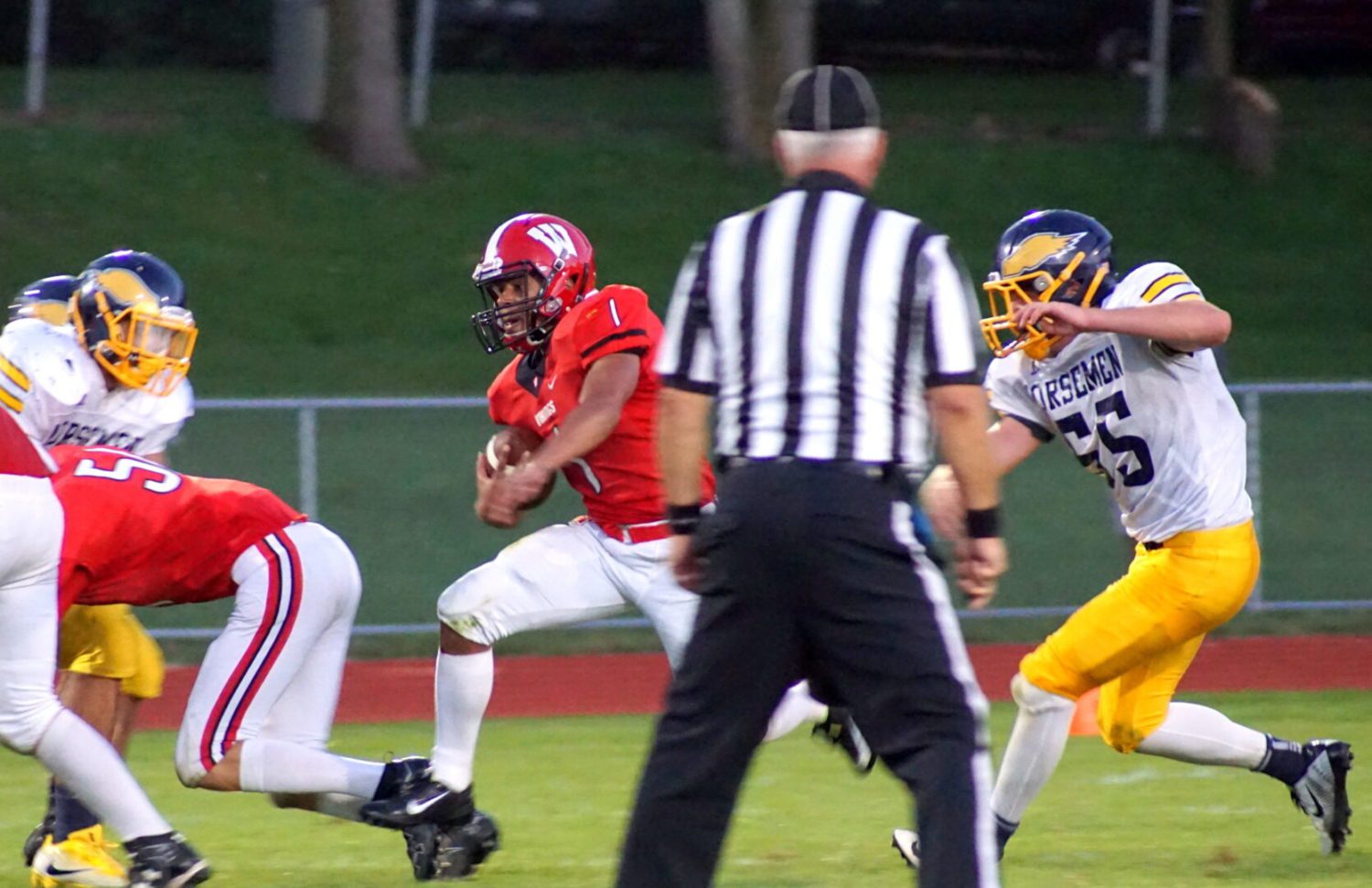