Grand Haven trailed for the majority of the contest and fell 63-54 to the Falcons. The loss drops the Bucs to 7-2 overall and 1-1 in the O-K Red Conference. 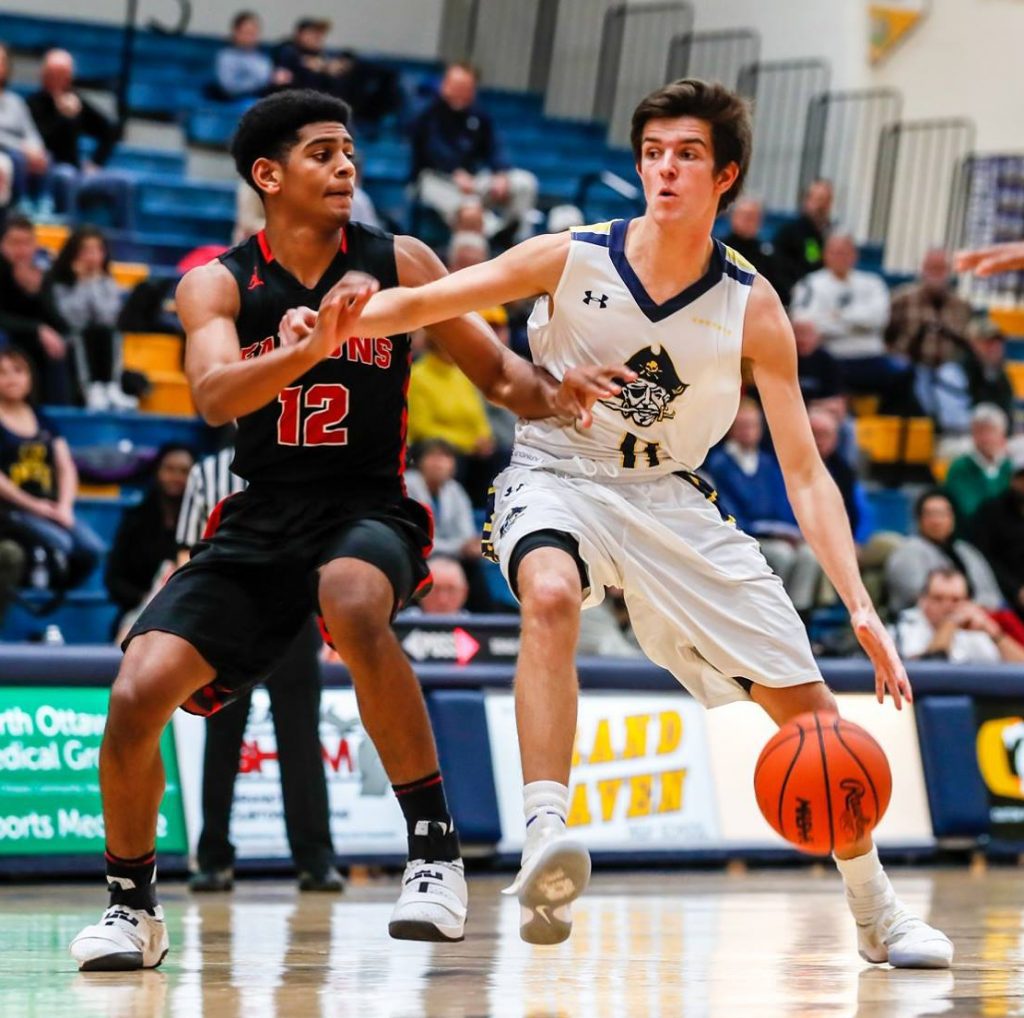 “In general, our execution tonight wasn’t great on either side of the ball,” said Grand Haven head coach Greg Immink. “Defensively, I thought we missed some assignments that we haven’t missed. We’ve got to go back to the drawing board and execute that stuff better.”

Seniors Ross Koella and Zac Holman did all they could to save the Bucs, combining for 12 points in the fourth quarter to help cut a 14-point deficit to just seven late in the game, but East Kentwood was able to weather the storm.

“They’ve been doing that for us all year,” Immink said. “They’re seniors who’ve put in a lot of time already on varsity. They’re experienced players and that’s what we expect from them.”

Koella’s dunk late in the first quarter, after a steal by teammate Kellum Bridgeforth, gave the Bucs a 13-11 lead and seemed to swing the momentum in their favor. But that turned out to be Grand Haven’s last lead.

A four-point play from East Kentwood’s Ylber Sahitolli, as the first quarter expired, sent the momentum back the other way. 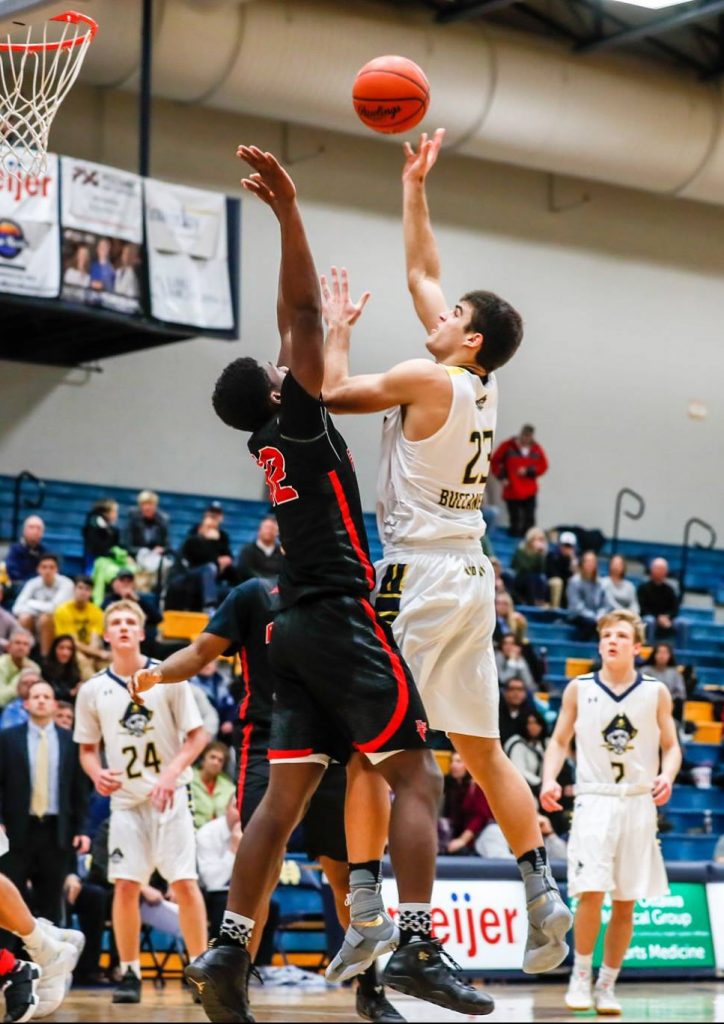 Grand Haven forward Ross Koella goes up for the baby hook in the lane. Photo/Tim Reilly

The Falcons led 28-24 at halftime and 45-35 after three quarters. They increased their edge to 14 points, 49-35, with about five minutes left, which proved to be enough to secure the win.

Ca’Nas Coleman made sure the Falcons kept their lead by registering a double-double with 25 points and 10 rebounds.

“He had a very nice ball game,” Immink said about Coleman. “He got some confidence when he knocked down those two threes to start, and then he’s just a load around the rim. He gets his hands on everything. Putbacks and drop-off passes, he was able to convert those tonight.”

The schedule only gets tougher for Grand Haven. The Bucs have a week to prepare for West Ottawa, the defending O-K Red Conference champion.

“They’re a veteran team,” Immink said. “They’ve got a lot of guys that played a lot of minutes last year as underclassmen and they’re as good as anybody around right now. It’s going to take a big effort from us at their place on Tuesday to see if we can get back in the win column.”