EGELSTON TOWNSHIP – The Oakridge girls basketball squad has not been defeated in West Michigan Conference play in quite a while.

The Eagles, who came into Tuesday night’s game with 53 conference wins in a row, came dangerously close to having that streak broken by conference rival Shelby on Tuesday. 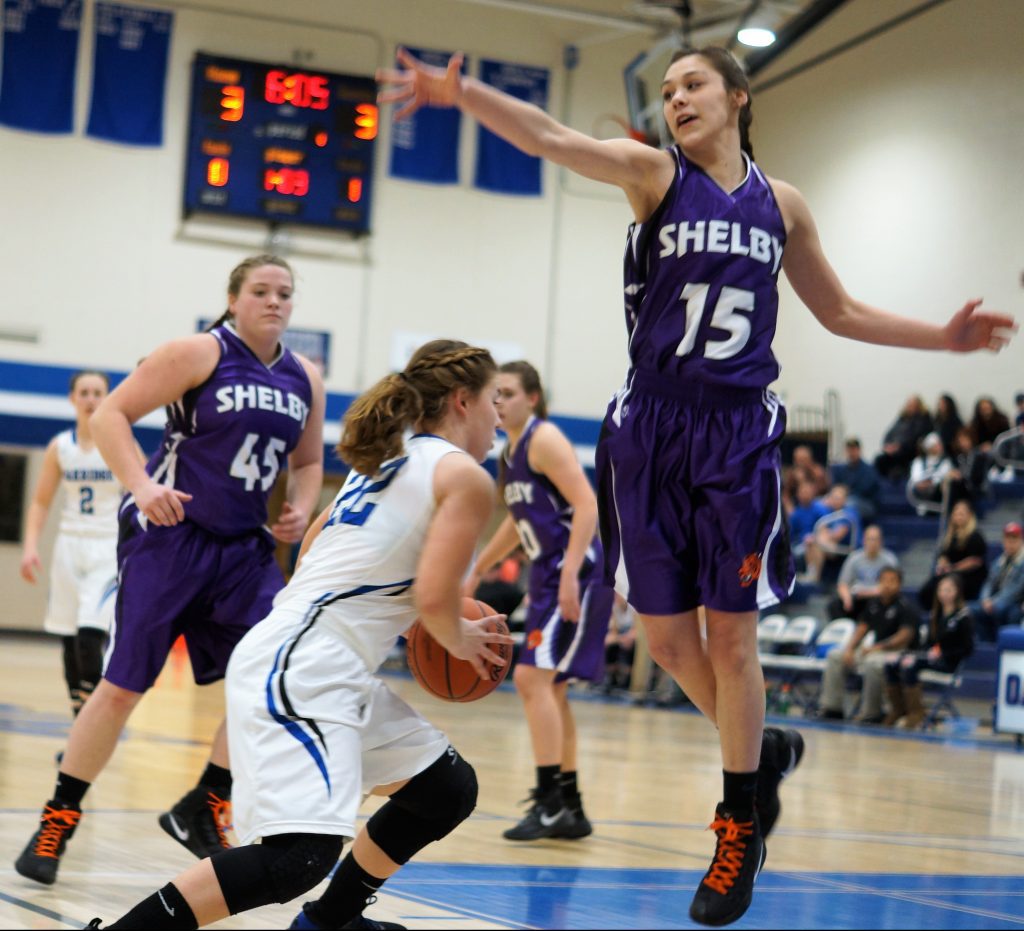 The final run propelled the Eagles to a 52-47 win on their home court in a battle of two teams that have dominated the league since 2000.

Oakridge is now 5-2 on the season and 4-0 in West Michigan Conference play, while Shelby dropped to 5-3 overall and 3-1 in the conference.

“I was concerned with them (Shelby) coming down here, especially with (standout guard) Sophia Wiard’s injury and her not being 100 percent,” said Oakridge Coach Terry DeJonge.

“I knew that this was going to be every bit the battle that I saw. I know that they are well coached and their starting five is extremely good.”

The game featured a showdown between two of the best players in the conference, and both lived up to the pre-game hype. 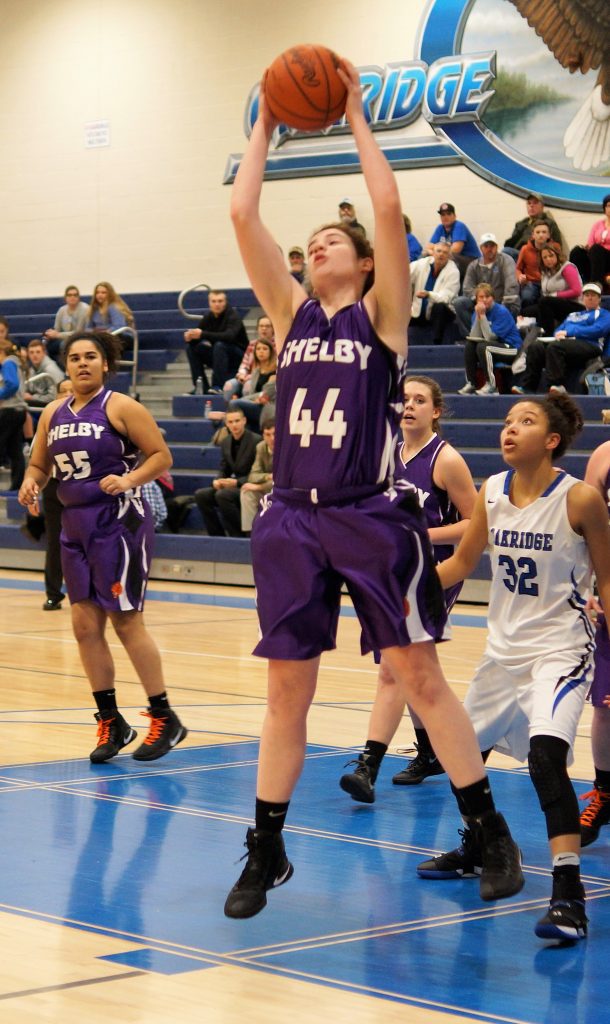 Brooke James gets the rebound for Shelby. Photo/Sherry Wahr

Oakridge senior Hannah Reinhold posted a game-high 22 points, while the Tigers were led by junior Jenny Beckman with 21.

A wild first quarter ended in a 19-19 tie with Beckman (15) and Hanna Reinhold (13) scoring the bulk of the points for their respective teams.

The Tigers outscored Oakridge 10-7 during the third quarter – with Beckman scoring six of Shelby’s 10 points – which cut their deficit to 39-36 at the buzzer.

Shelby maintained its momentum early in the fourth quarter, going on a 9-3 run to take a 45-42 advantage with 4:30 left in regulation.

But Oakridge responded from the free throw line, making 10 of its 14 shots while only allowing Shelby to score two points, both on free throws.

“It was our goal to make the game close and exciting,” said Shelby Coach Sarah Wolting. “I believe we are two teams that are pretty equal. I feel that when we play them at our home gym it’s going to be the same type of game, and hopefully that home court advantage will help us out.”

Gracie Reinhold scored 12 points for Oakridge while Wiard chipped in 11 points for in her first game back following a knee injury.

The Tigers, who had just four players crack the scoring sheet, had a 10-point performance from Tori Mussell while Jaren Smith contributed nine. 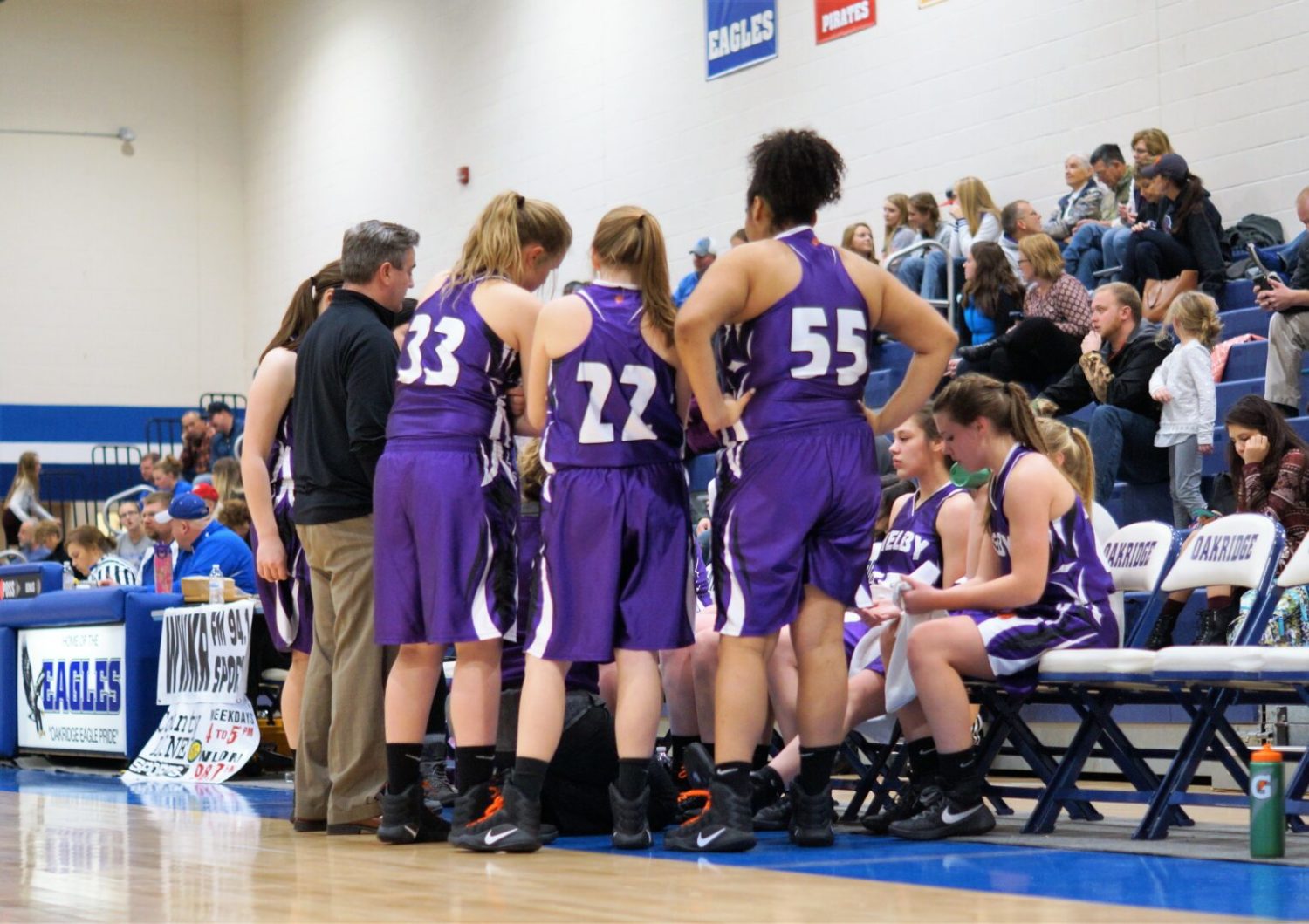 Shelby talks it over during a timeout. Photo/Sherry Wahr 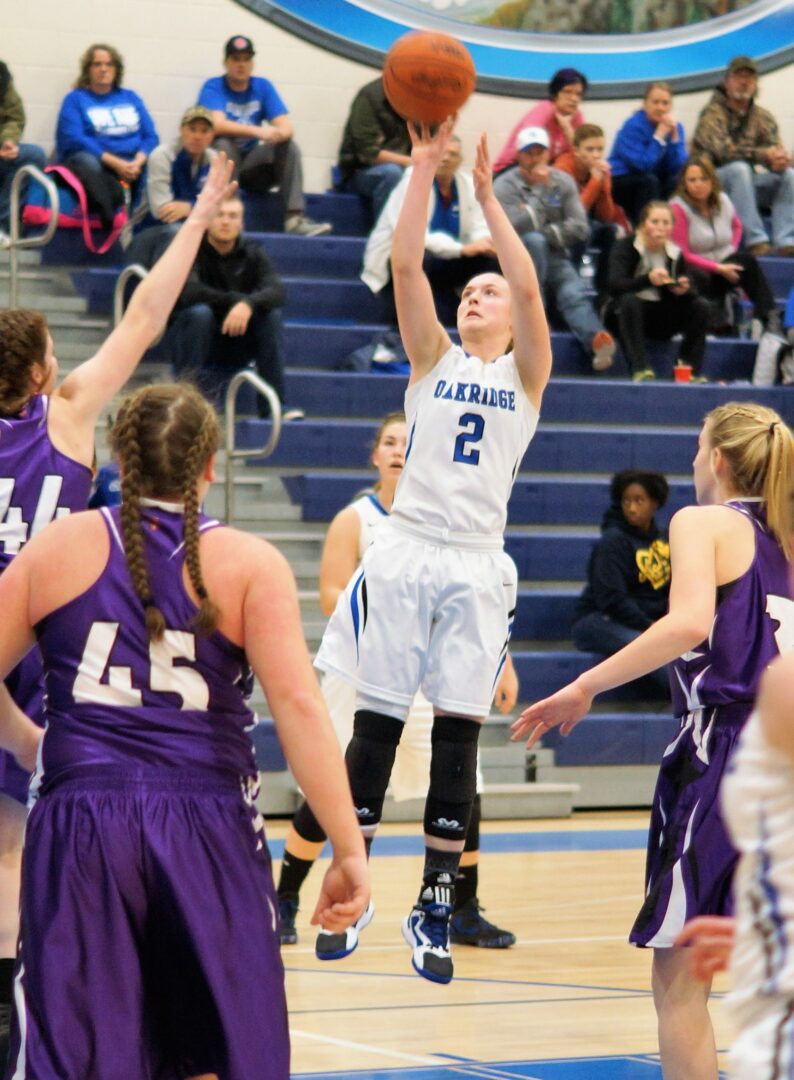 Sophia Wiard takes a shot for the Eagles. Photo/Sherry Wahr 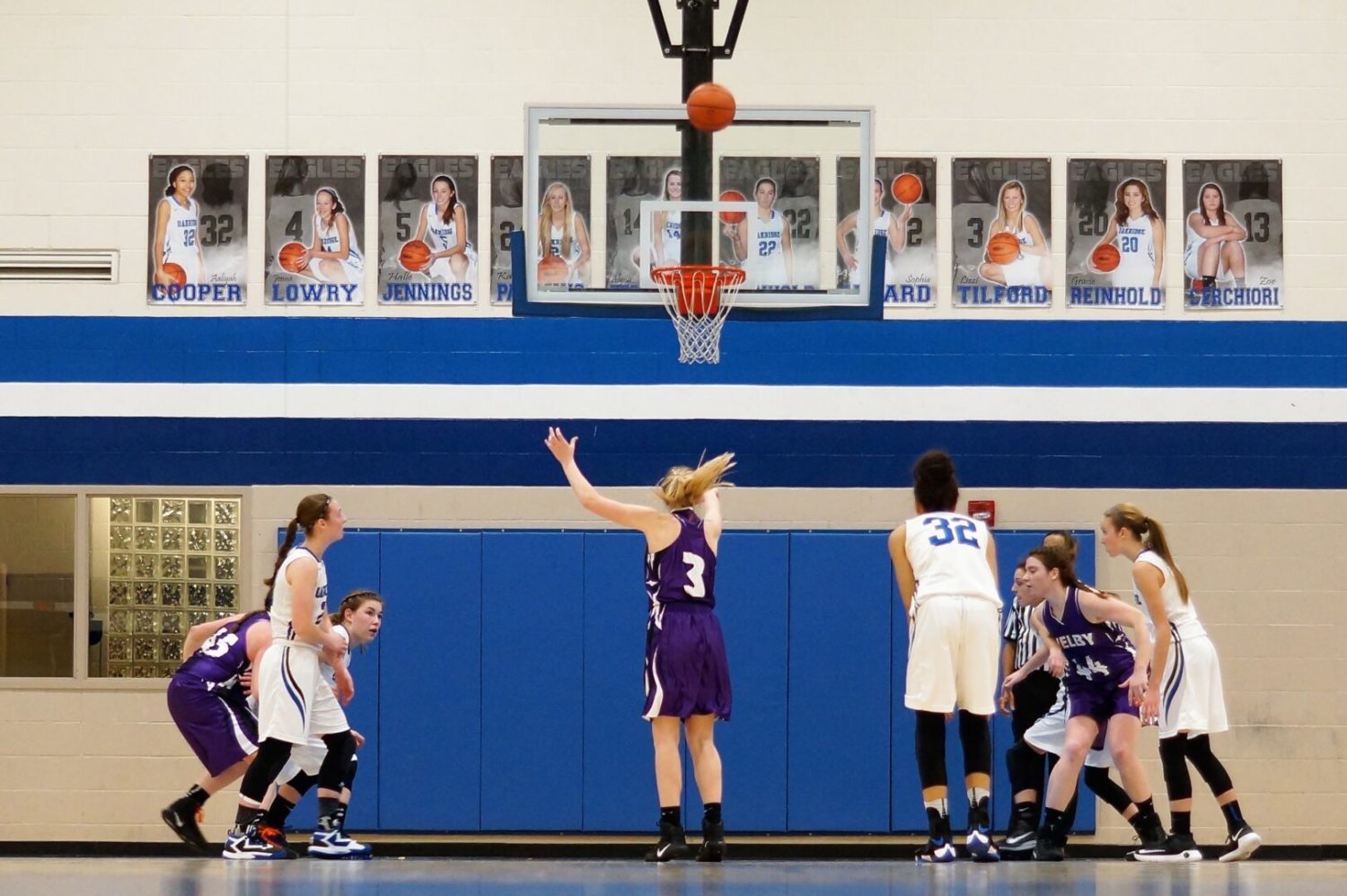 McKenna Peters at the line for the Tigers. Photo/Sherry Wahr 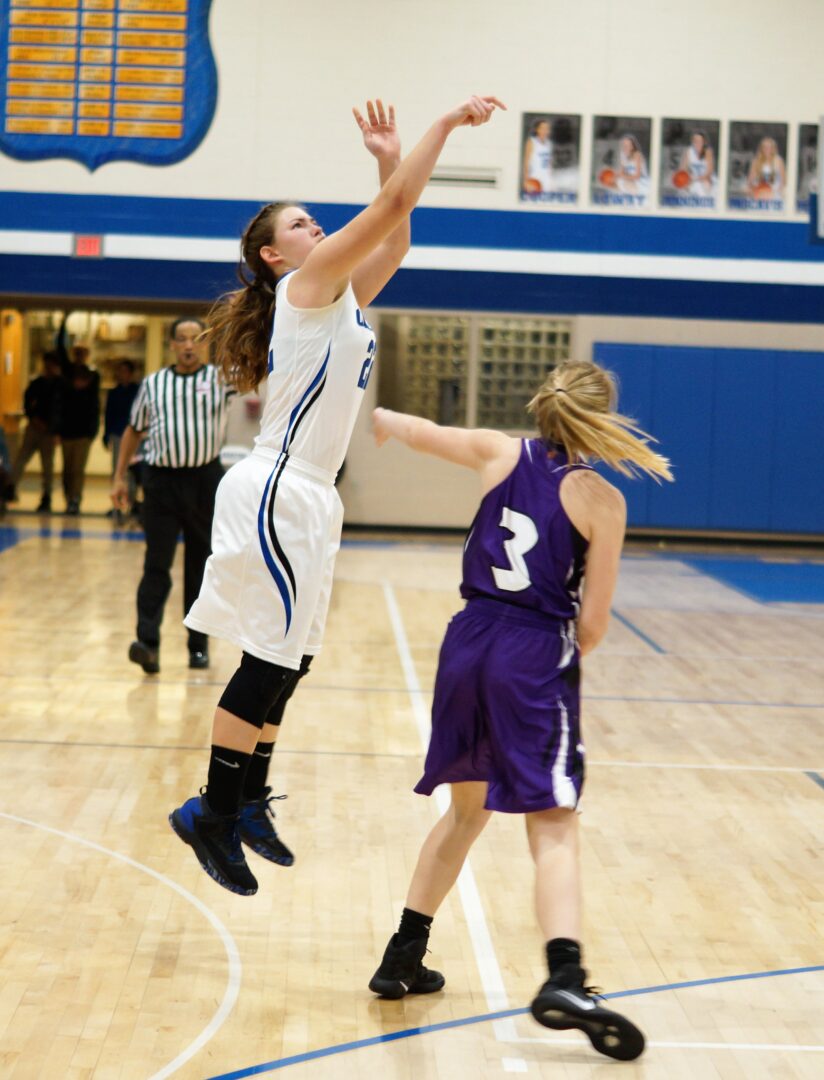 Hannah Reinhold shoots a 3-pointer for the Eagles as McKenna Peters tries to get a hand in her face. Photo/Sherry Wahr 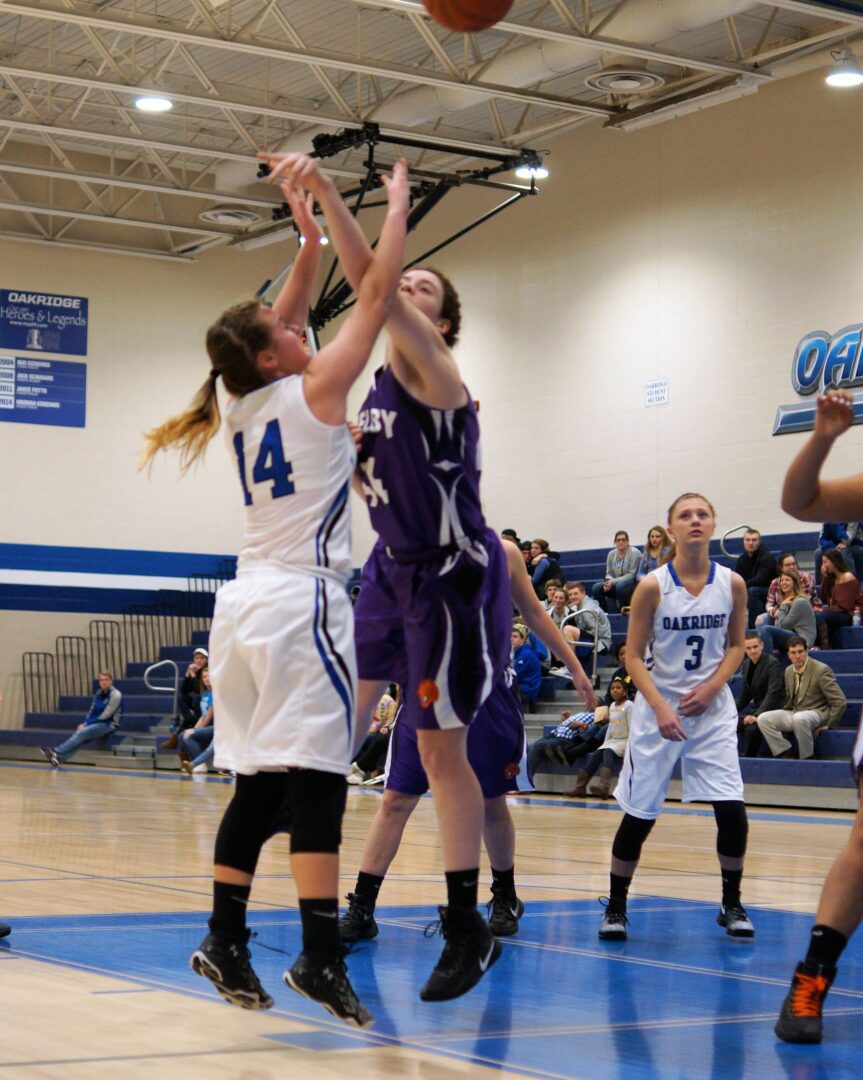 Alyssa Fessenden gets fouled on the shot by Shelbys Brooke James. Photo/Sherry Wahr 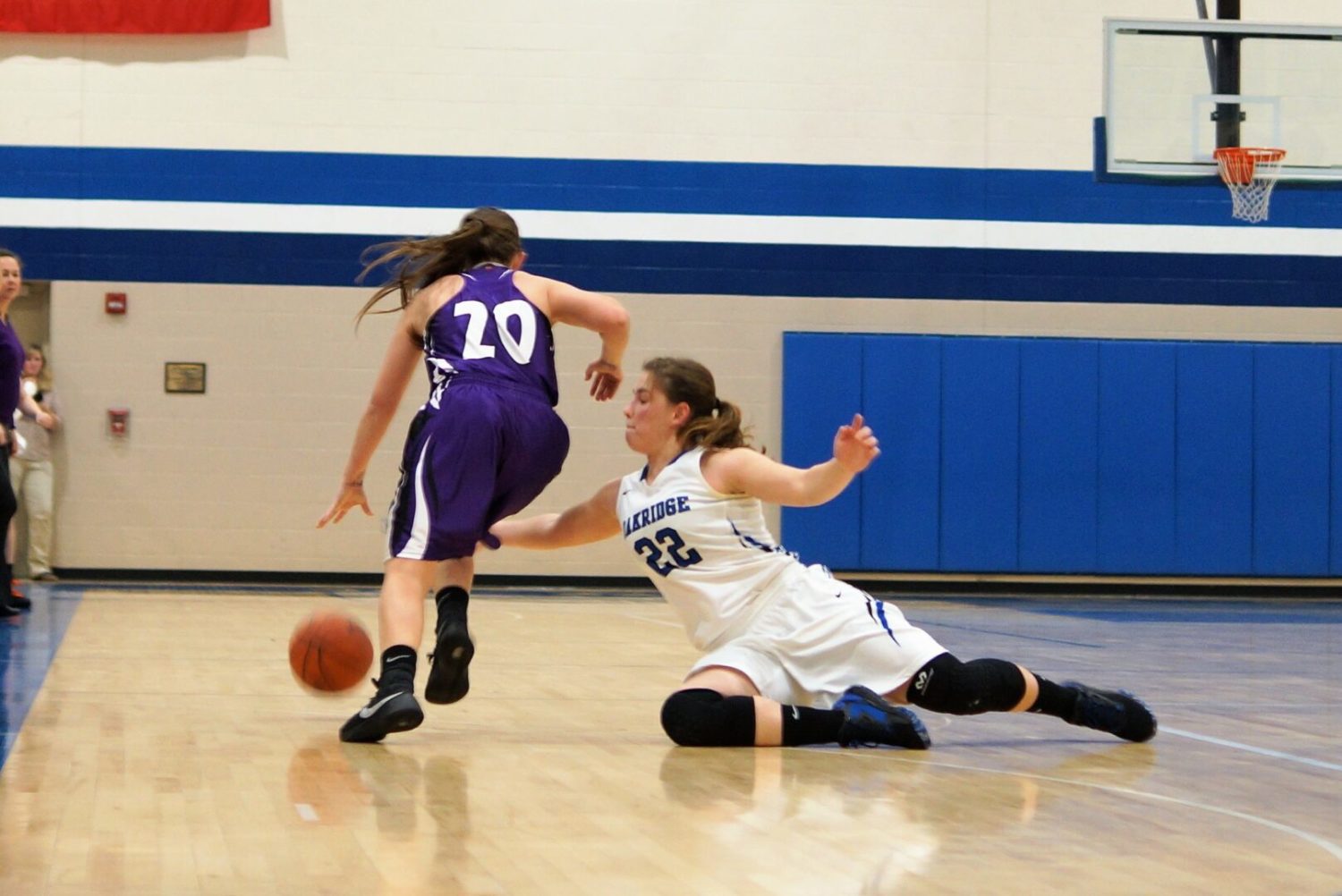 Jenny Beckman gets the steal for Shelby. Photo/Sherry Wahr

Surprise! Muskegon Heights boys take the court for their first game of the season, a competitive 59-50 loss to WMC