championship at the Greater Muskegon Athletic Association City Golf Tournament as a sophomore.

He fell back in the pack last season, finishing fourth. but everyone expected Powers to be a strong contender to regain his title on Wednesday. 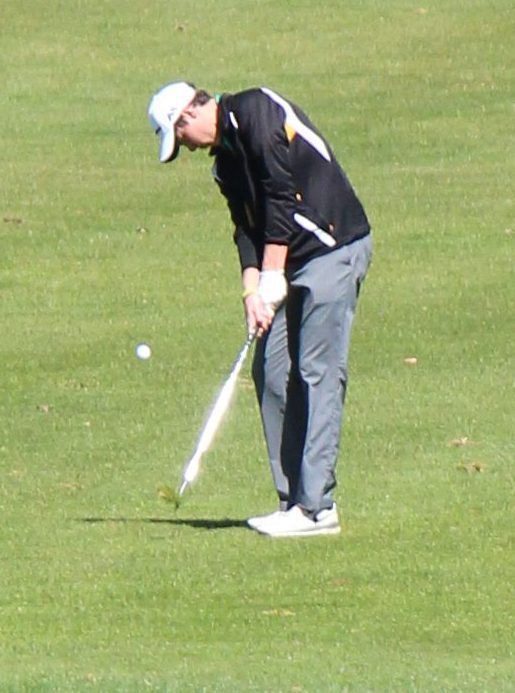 Powers powered through the high expectations and finished his round Wednesday with a score of 74, two strokes ahead of runner-up Brendan Harris of North Muskegon to take home the championship at Stonegate Golf Club.

“It feels really good,” said Powers, now a senior, about winning his second city title. “It’s pretty cool to come in as kind of the favorite and actually win. There’s always pressure when you’re the guy everyone is looking at to win. It’s just a matter of how you handle it.”

While 74 was good enough to win the city title, Powers was a bit disappointed he didn’t shoot lower.

One team that took advantage of the course was Reeths-Puffer, which stunned everyone by winning the team championship by two strokes over perennial champion Mona Shores. The Sailors had won the championship 17 out of the last 18 years, including the last five. 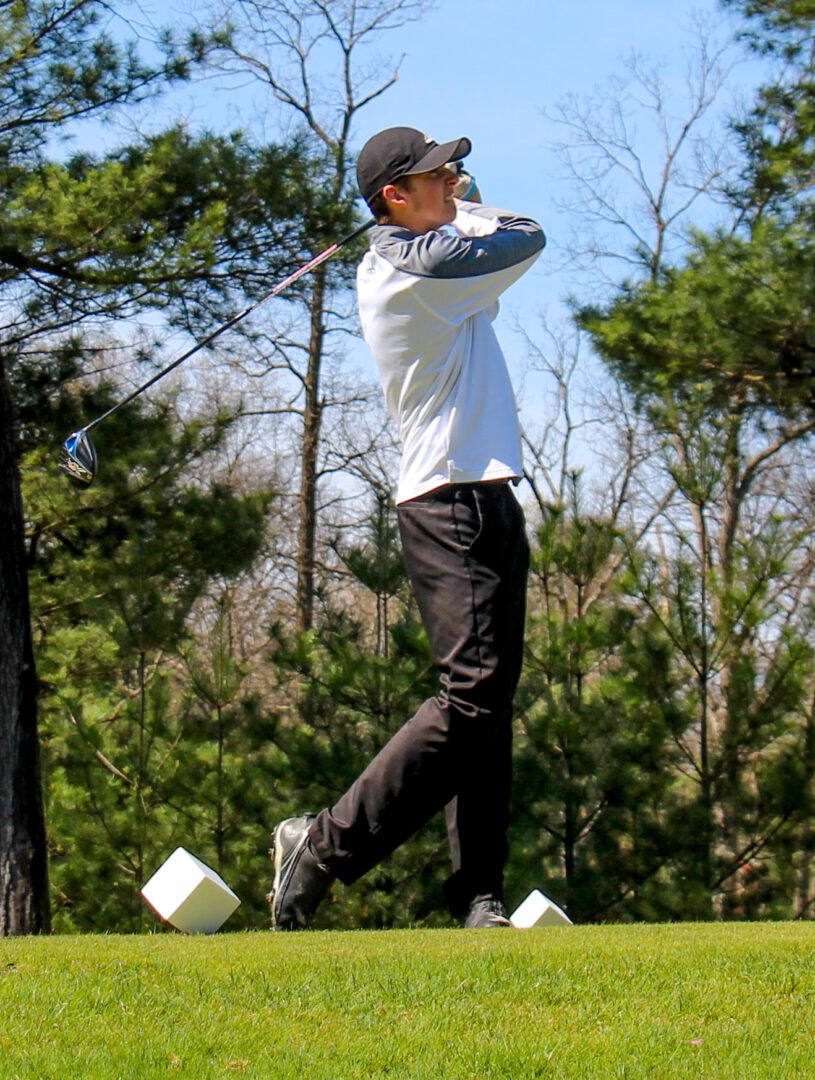 Reeths-Puffer’s Zach Petroski follows through on his drive at the No. 12 tee. Photo/Jason Goorman

The Reeths-Puffer golf team, comprised of juniors and sophomores, finished with a combined score of 331.

“It’s awesome,” said R-P head coach Chris Carter. “It’s been a tournament dominated by Shores, and we set out some goals this year to compete. I think that winning this shows that we’re able to compete with them.”

One player who stood out for the Rockets was sophomore Colby Beisheizen, who shot an 81 and finished fourth place in the individual competition.

“It’s great,” said Beisheizen about the team championship. “I’m happy with how I shot. I’m happy with the score, and we gave a really solid team effort. It shows we have a future ahead of us.”

Part of the Rockets’ secret to success may be the fact that its boys golf team often practices with the R-P girls team, which Carter also coached to a city championship in the fall.

“I think we’re ready to go now,” said Carter. “We’re building our program for the boys and girls together. So we’re doing a lot of things together. Girls became champs in the fall and shores had that title for a long time, too. Now the boys have the championship and we have both.” 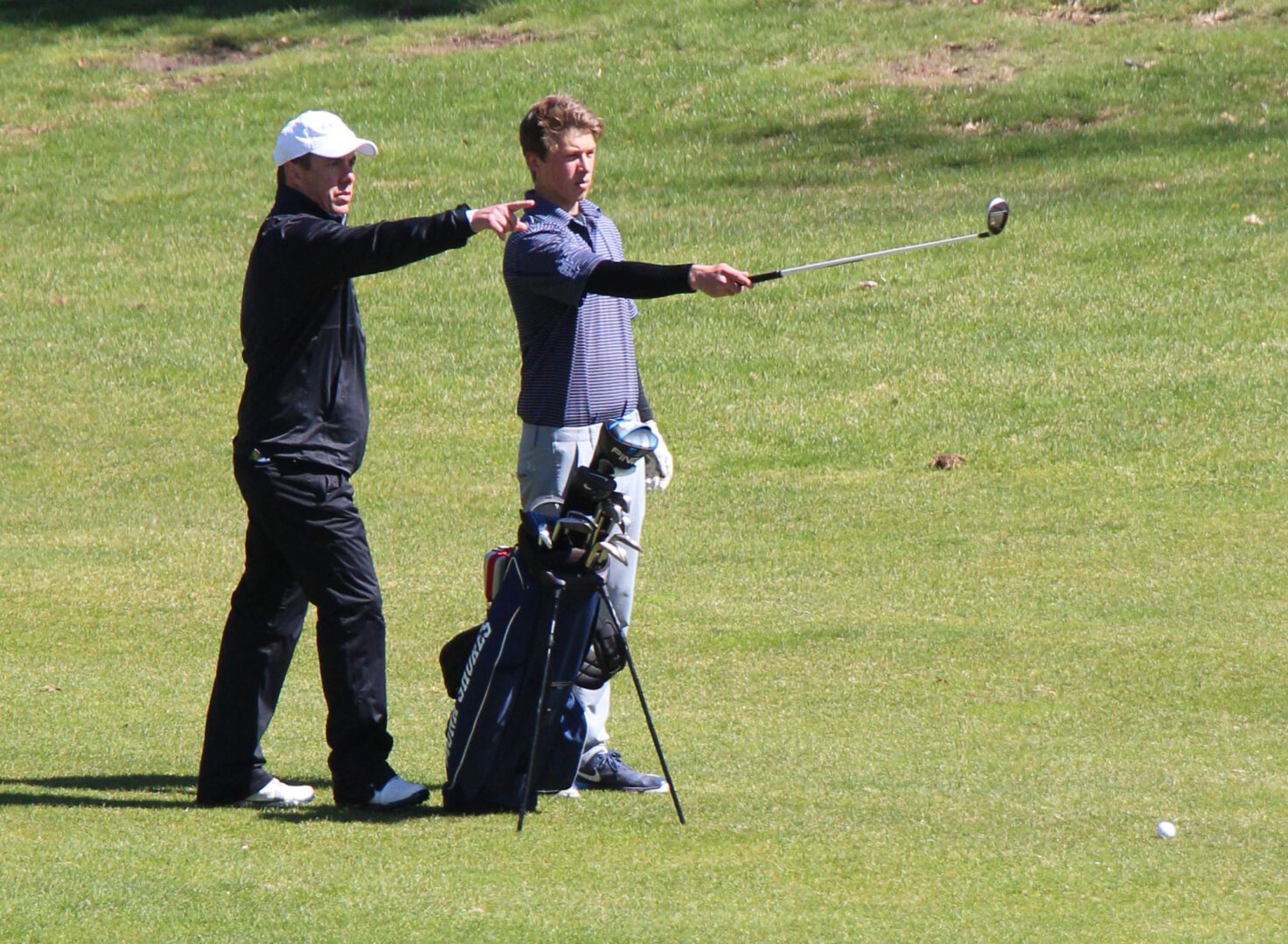 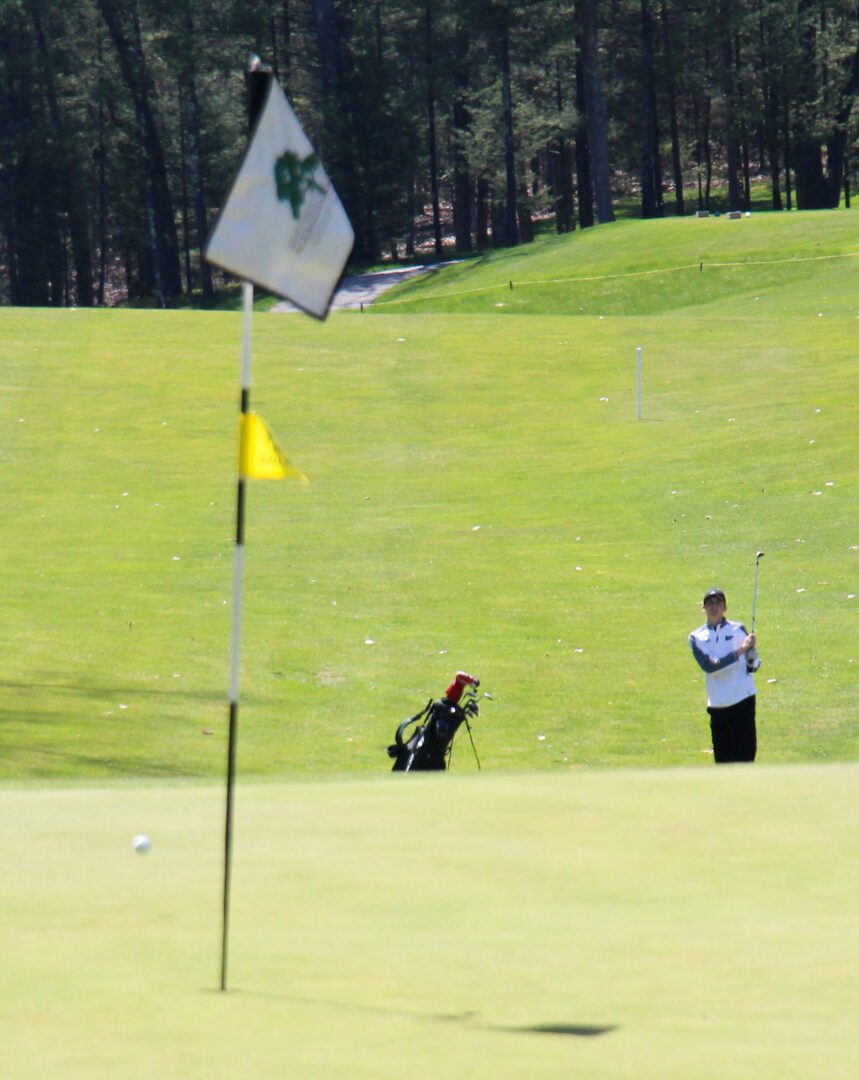 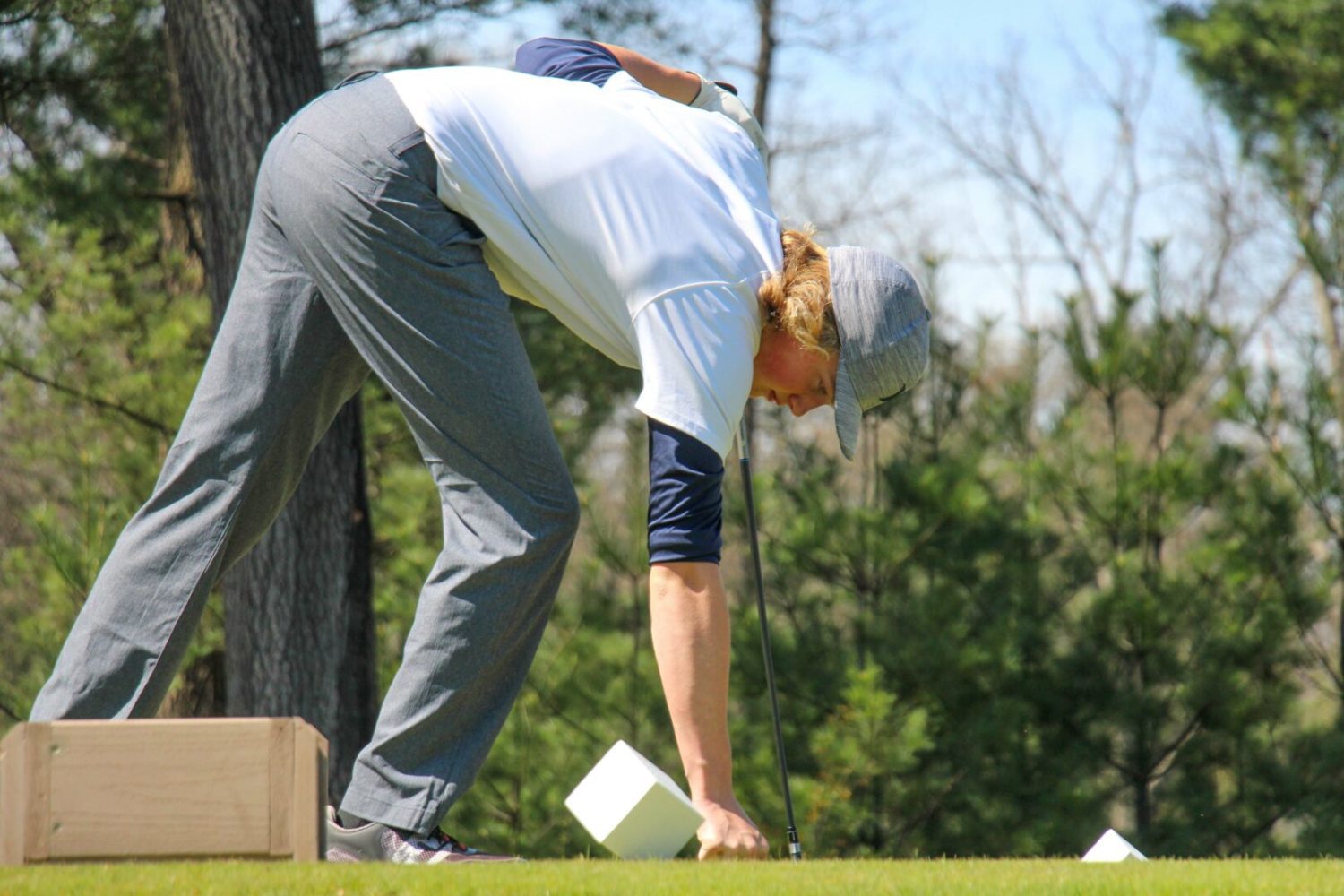 Daniel VanBiesbrook sets up to tee off for Western Michigan Christian. Photo/Jason Goorman 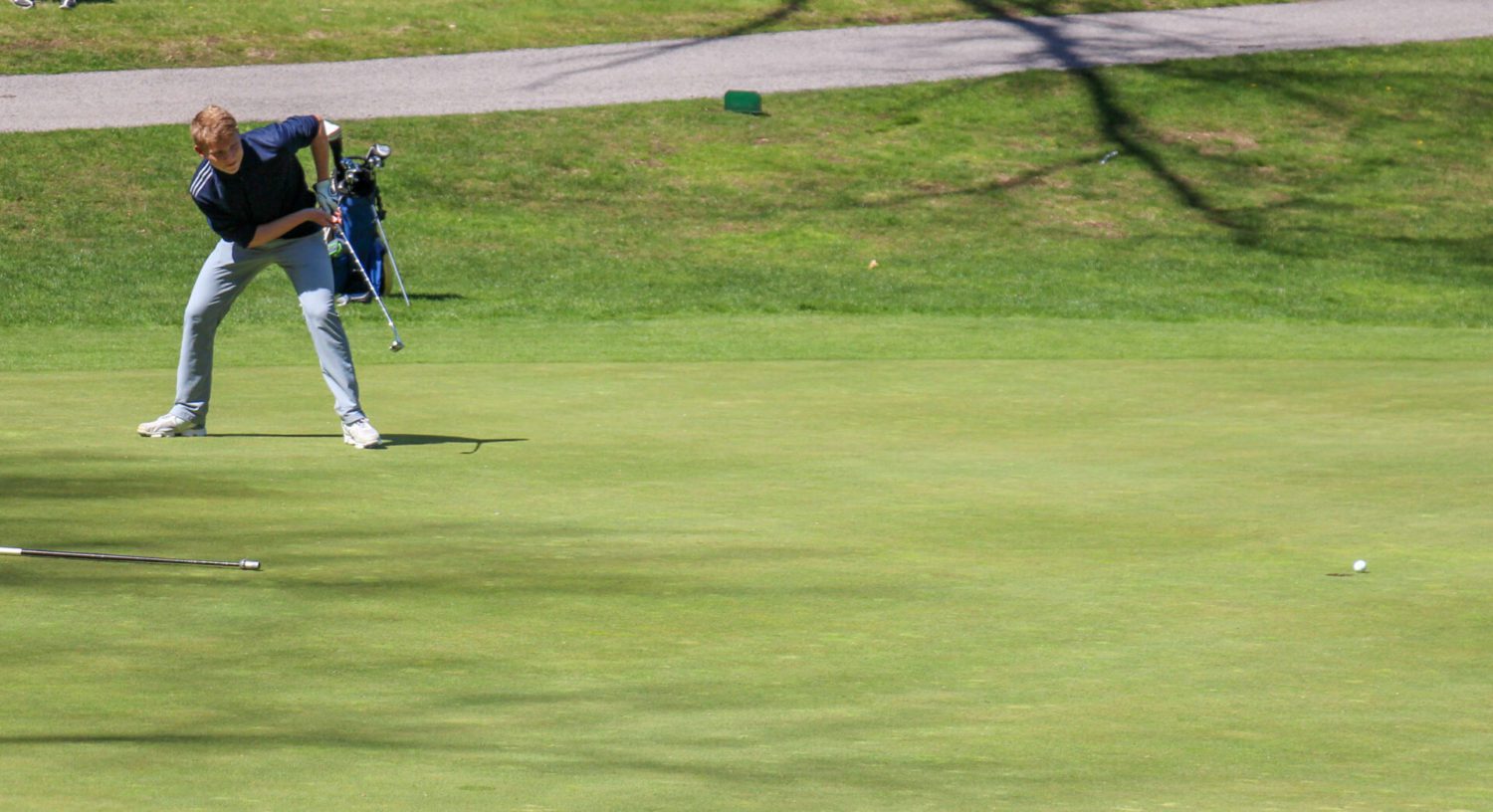 Brendan Harris reacts after just coming up wide on the put for North Muskegon. Photo/Jason Goorman 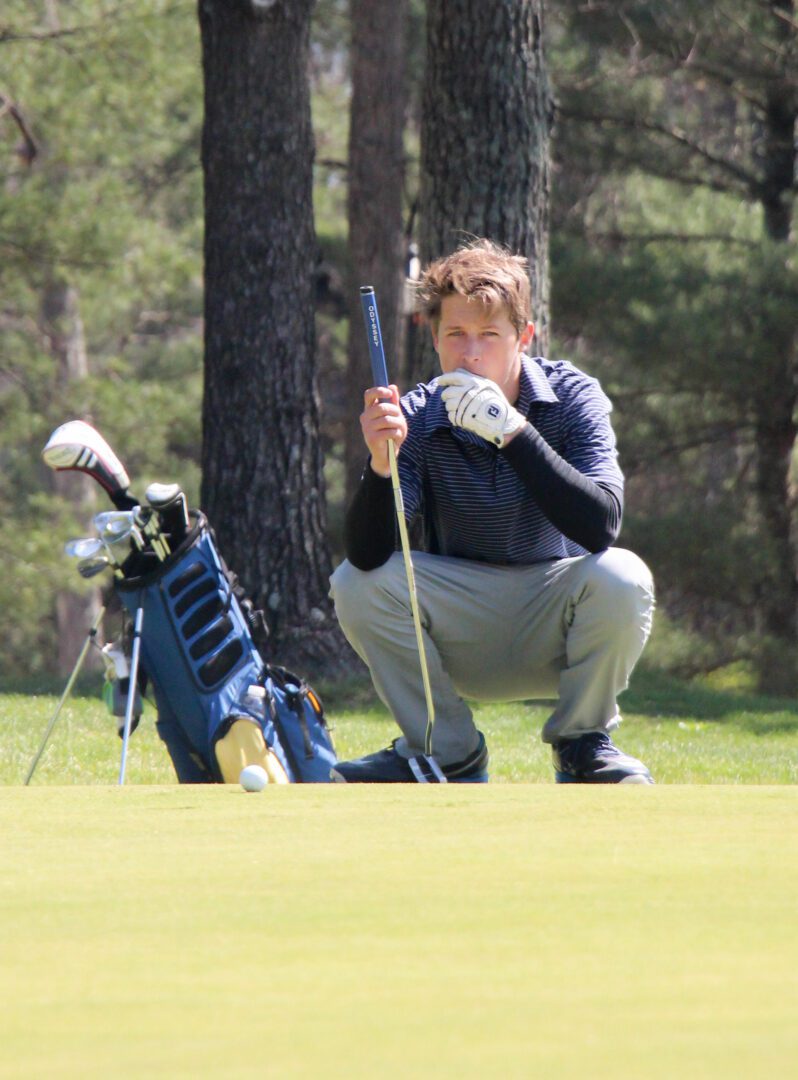