The Caps appeared to be headed for a three-game sweep of the rival Lansing Lugnuts at Fifth Third Ballpark. They overcame a five-run, first-inning deficit, then took a 6-5 lead when Cam

Gibson homered in the seventh inning.

Standout closer Jason Foley took the mound in the ninth, and the situation seemed under control for West Michigan. Hey

But the Lugnuts used three infield singles and a throwing error by Foley to score three runs in the ninth and escape with an 8-6 victory.

“We got beat on swinging bunts, bunts, and more swinging bunts and a throwing error,” said Whitecaps Manager Mike Rabelo. “It’s not like they knocked the cover off the ball on Foley.

As far as his stuff, it was fine out of his hand. A sacrifice fly is the best thing they did. It’s part of the game and we can’t control it.” 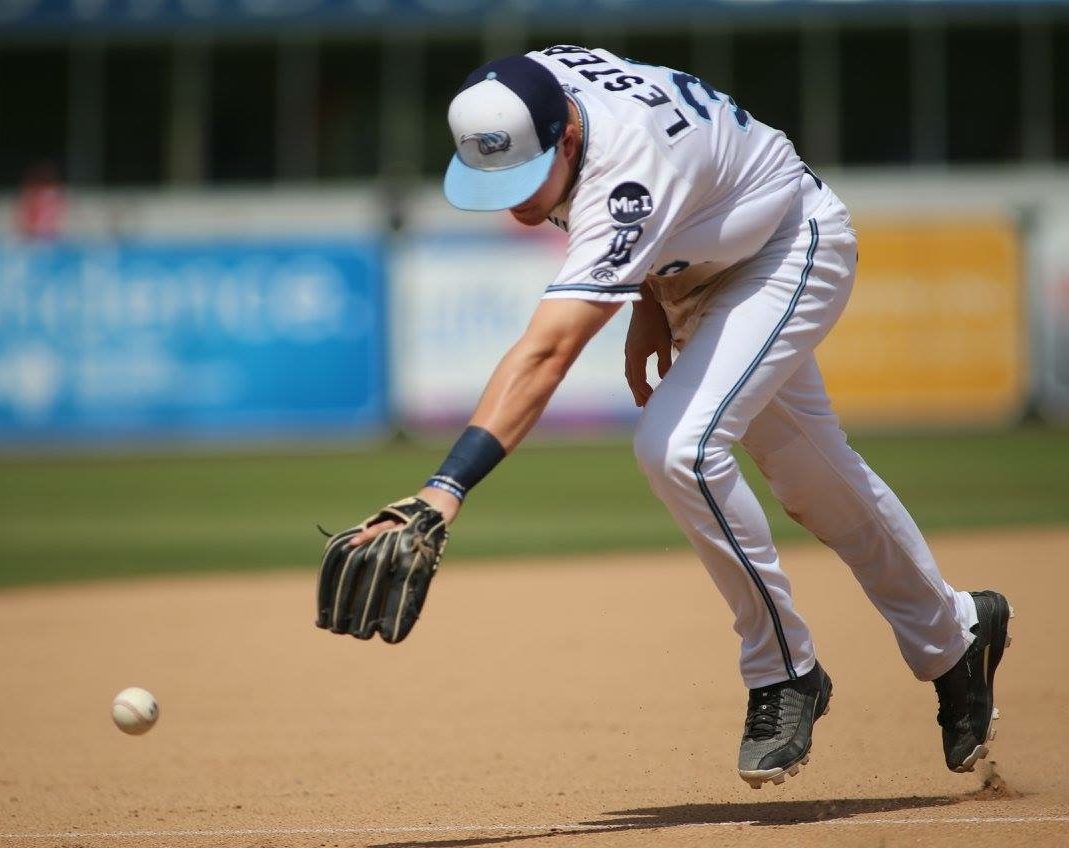 The loss snapped a four-game winning streak for the Whitecaps, who are now 38-18 on the season, including a sparkling 22-6 record at home. They remain in the first place in the Midwest League’s Eastern Division, at least two games ahead of second-place Dayton.

West Michigan will open a three-game home series on Tuesday at 11 a.m. against the Great Lakes Loons.

The game started out ugly for the Whitecaps, who fell behind 5-0 before they came to bat in the first inning.

Edward Olivares led the Lansing uprising with a three-run double in the first. West Michigan starting pitcher Eudis Idrogo only tossed 2/3 of an inning before being pulled from the game.

West Michigan punched right back in the bottom of the first with four runs. Danny Woodrow led off the inning with a double, stole third and scored on a throwing error on the steal attempt. 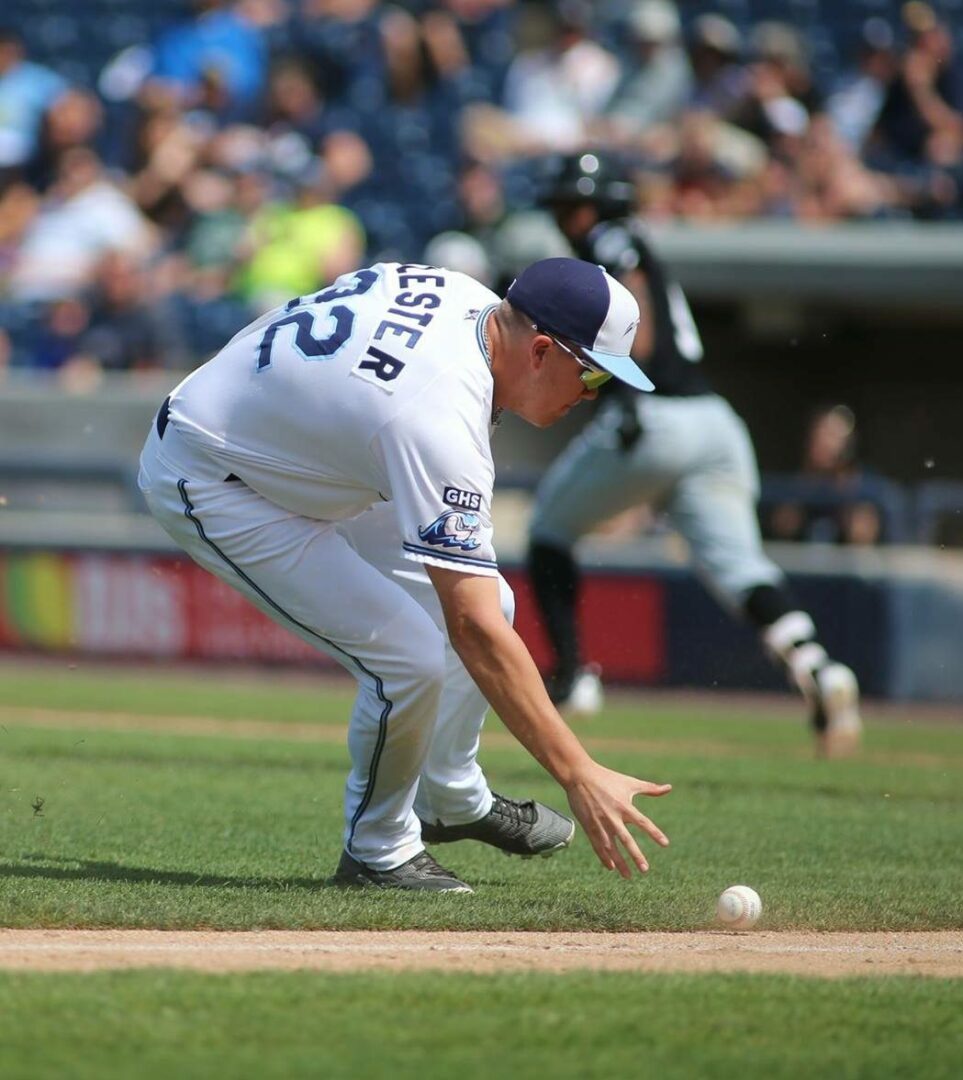 Blaise Salter added an RBI single and Anthony Pereira added a two-run double, and the Whitecaps trailed 5-4 after one.

The Caps had a chance to tie the game in the bottom of the second when they had runners on third and first with two outs, but Gibson got picked off third by the Lansing catcher, ending the threat.

The score remained 5-4 until the sixth inning, when West Michigan’s Chad Sedio hit a solo homer just inside the right field foul pole, tying the game 5-5.

Gibson made up for his base-running blunder with a seventh-inning homer – his ninth of the season – to put the Whitecaps up 6-5.

But the great comeback unraveled for the Caps in the ninth, when Lansing stole the win in the most unlikely fashion.

Josh Palacios led off the inning with an infield single. Andres Sotilla bunted back to the pitching mound, but Foley threw past first base, allowing the runners to advance to second and third.

Yeltsin Godino followed with an nubber down the third base line that became an infield singles, scored a run and tied the game 6-6. 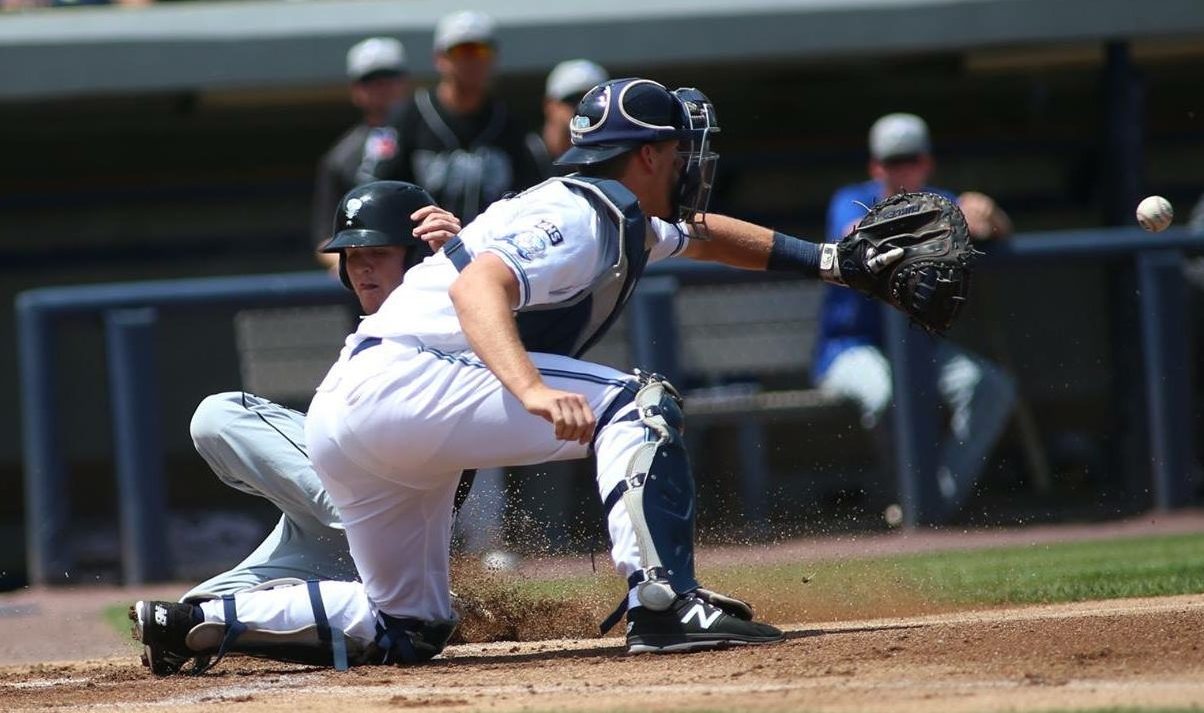 Rodrigo Oroczo then hit yet another dribbler down the third base line, resulting in another single and a 7-6 Lansing lead.

The Whitecaps couldn’t answer in the bottom of the ninth, and were left with a stunning loss on what has otherwise been a great weekend.

Despite the loss, the Whitecaps had to be happy with their bullpen’s overall performance. Trent Szkutnik, Zac Houston and John Schreiber combined to hold the Lugnuts scoreless for seven innings, before Foley blew the save in the ninth.

“That was a great game,” Rabelo said. “It was a long game. It would’ve been easy to roll over after the first inning. You don’t usually see your starter get knocked out after two thirds and have a chance to win. That was a great effort.

“Of course you want to win the game. But I’m thrilled with how they played. We look tired right now but it didn’t show.” 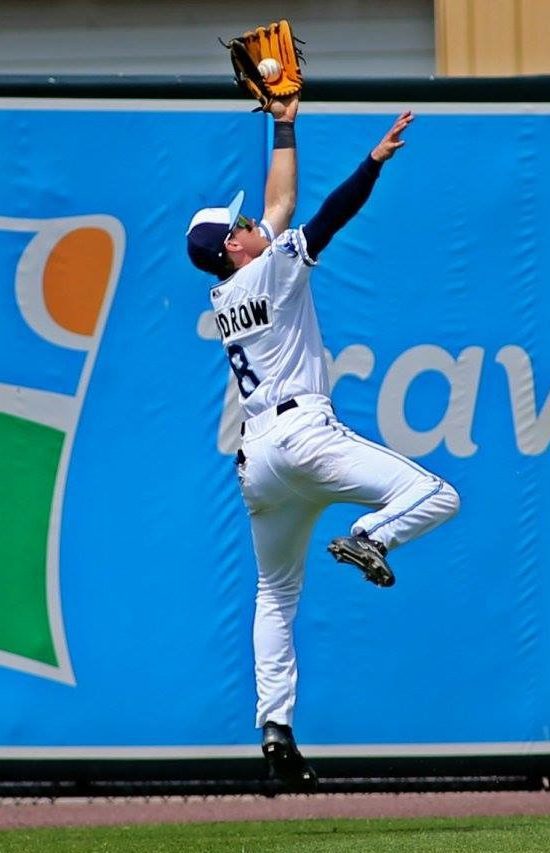 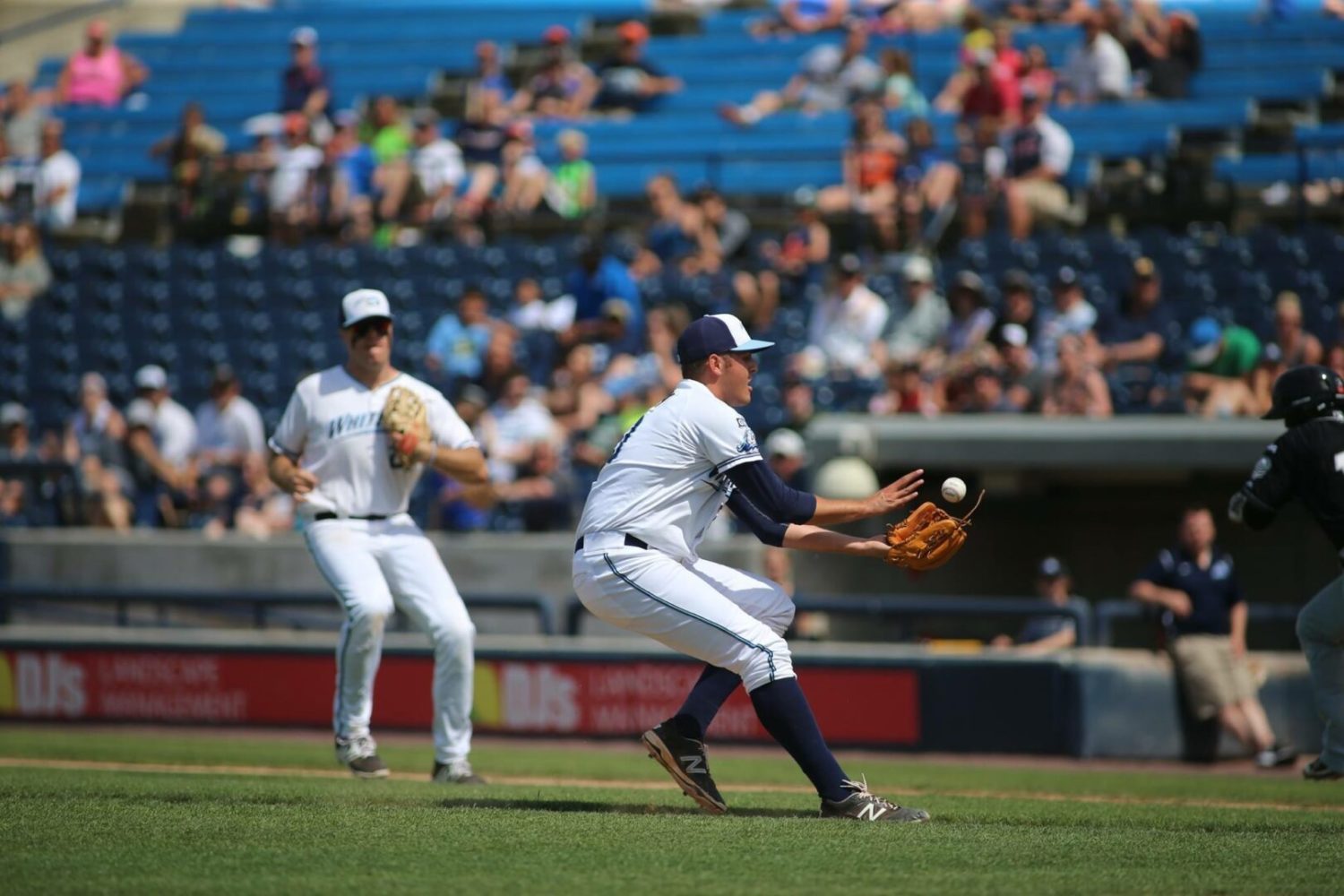 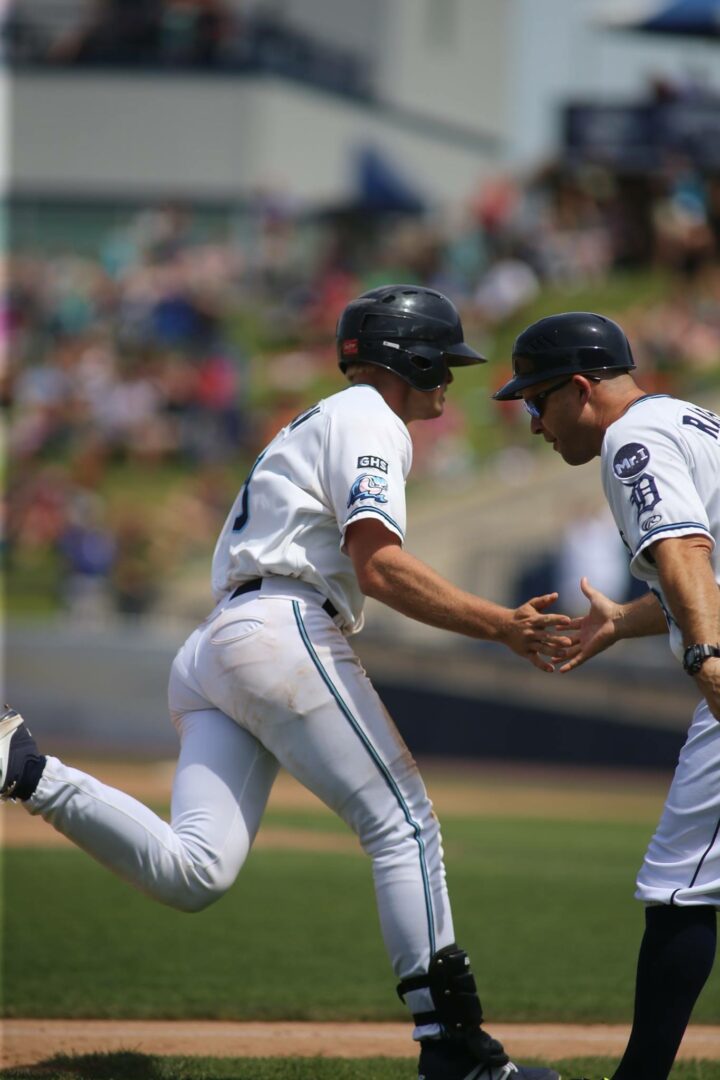 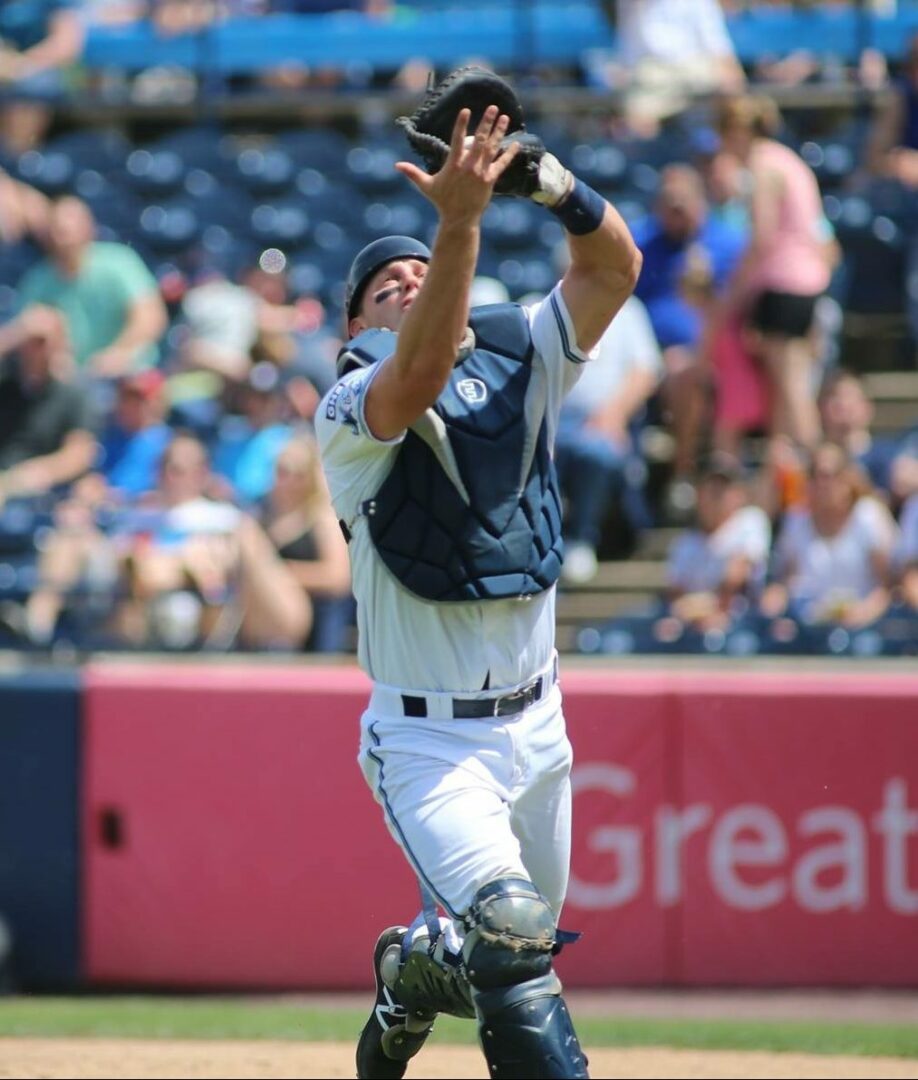 Drew Longley catches a pop up for a Lansing out. Photo/Tom Reynolds 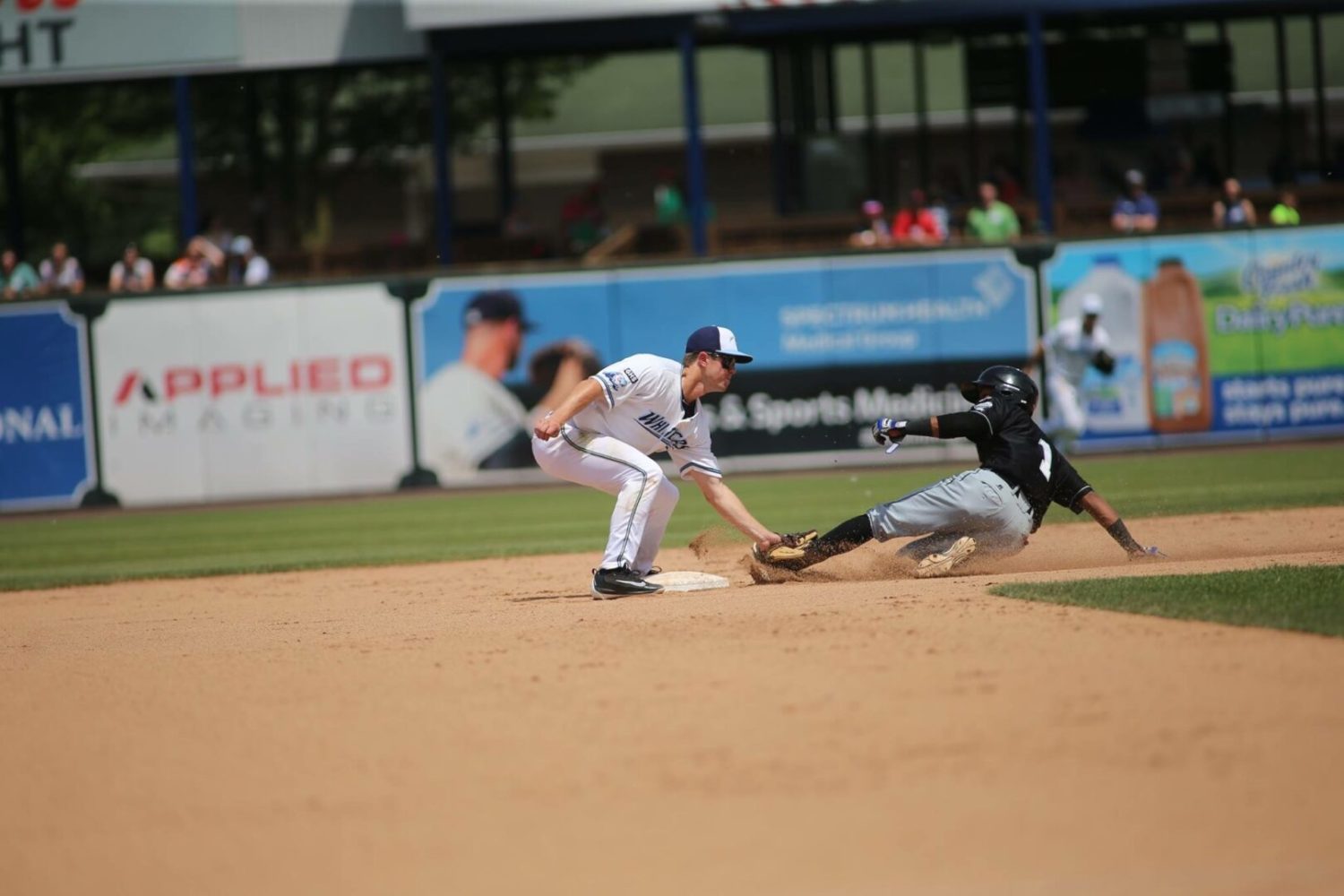 Chad Sedio gets the Lansing runner at second base. Photo/Tom Reynolds 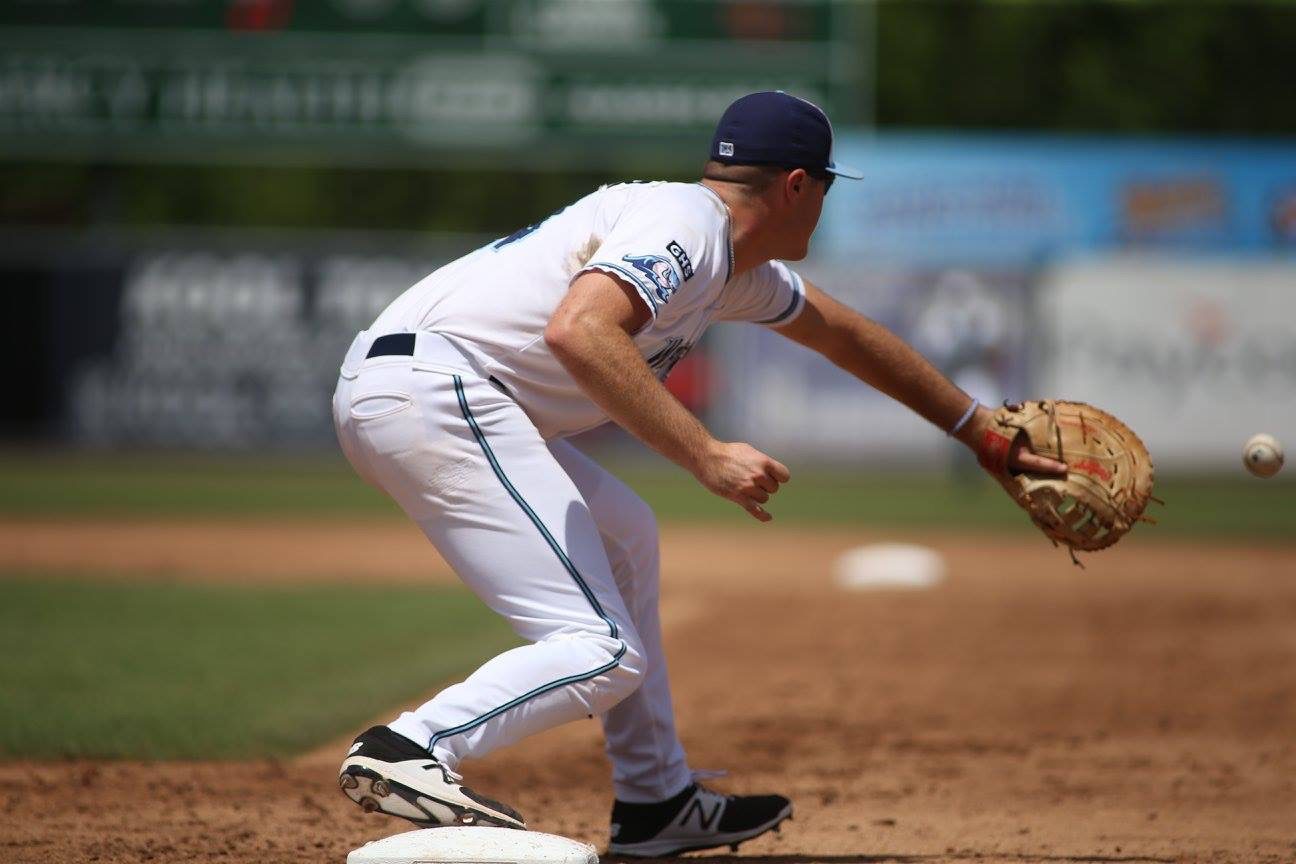