Dew hit two homers against Whitehall on Thursday in the Sailors’ final regular-season game, played on their home field. Her first homer was her 21st of the season, breaking the state’s single-season record of 20, set a year ago by Abby Krzywiecki of Farmington Hills Mercy.

The record-breaker came in the second inning, in Dew’s second at-bat of the evening. 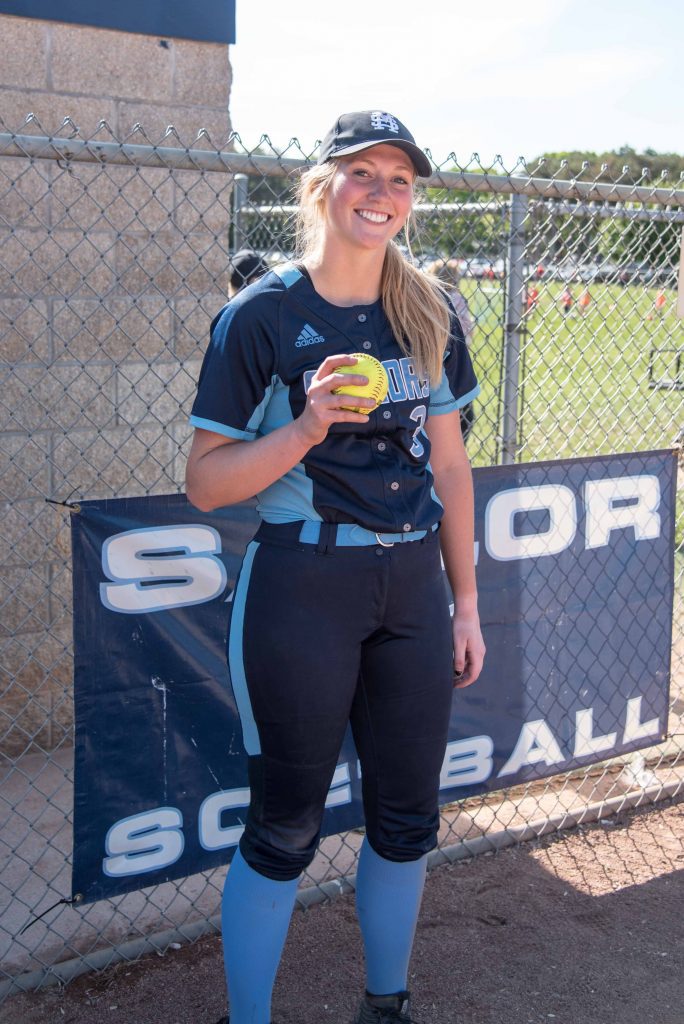 Taylor Dew holds the ball she hit for her state record-breaking 21st home run of the season. Photo/Eric Sturr.

“I was definitely thinking about it before the at-bat, but not when I was at the plate, not at all,” said Dew, a junior first baseman, whose team beat Whitehall 13-1. “The pitch was low and down the middle. I swung pretty hard at it. I like those pitches.”

But she admits she watched the ball the whole time, just to see if it might have the necessary distance.

“I honestly didn’t think it was going to go over,” she said. “I just got under it, and it went really high and barely went over.

“I was running and watching it the entire time. It was kind of a relief, because now I don’t have to worry about it anymore.”

Dew was mobbed by her teammates when she reached home plate, in a moment she will never forget.

“I almost fell down a few times,” she said. “They were jumping all over me. It was really cool.”

She said both of her parents were in attendance to watch her historic moment.

“I know my mom took a video of it,” Dew said. “I could hear her screaming. My dad is kind of a quiet guy, but I’m sure he was excited.”

After the record-breaking homer, Whitehall Coach Dave Goodrich called time out, and both teams gathered near the mound for a special ceremony. The home run ball was retrieved and presented to Dew. 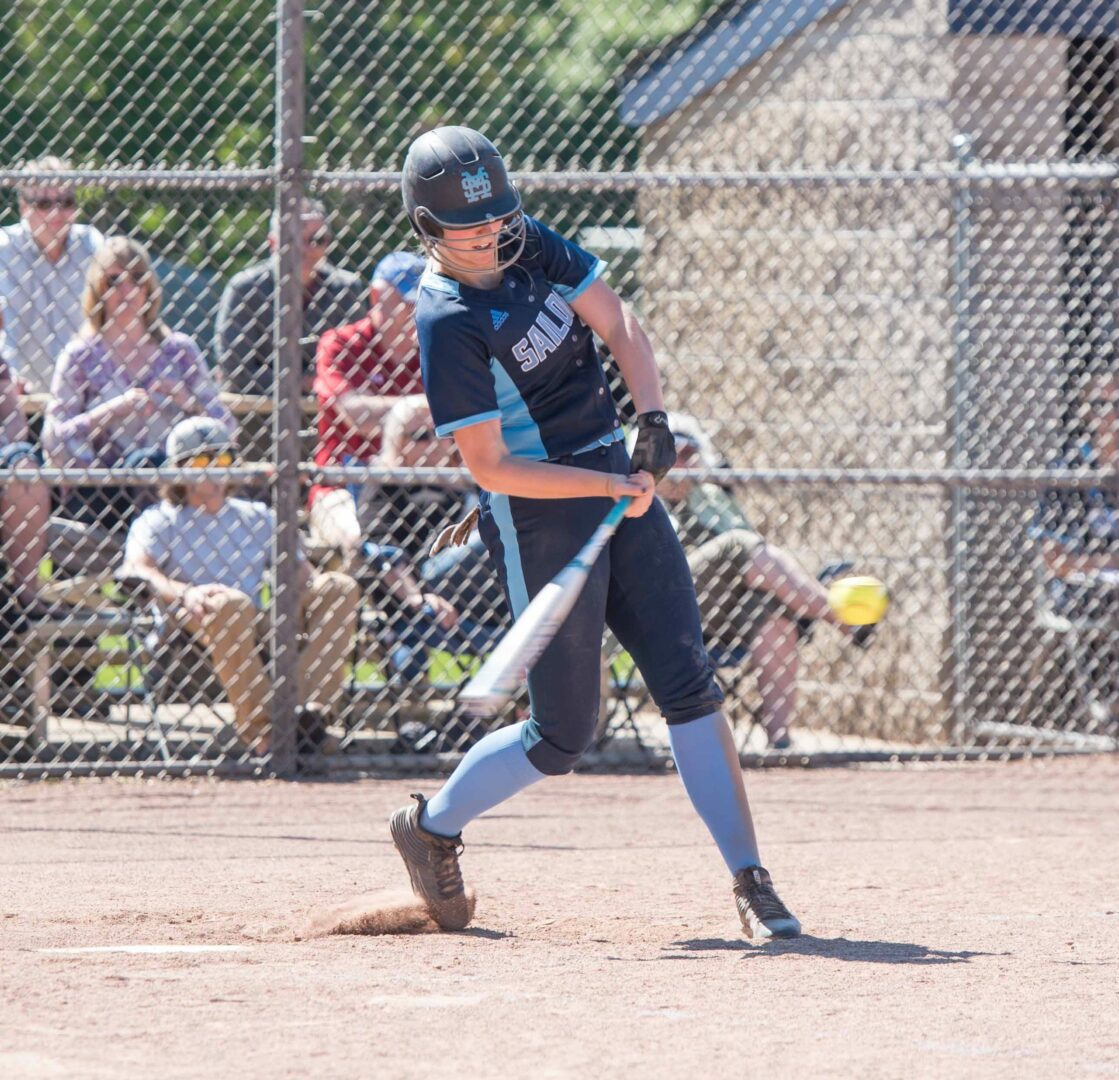 “Dave Goodrich talked to us before the game and said if it happened, he would bring his team out and make a moment of it,” said Mona Shores softball coach Jason Crago.

“Dave and I have coached together for 17 or 18 years now, and he’s a good buddy of mine. He told me before the game that they were not going to (intentionally) walk her. He knew this was something special, something you don’t get to see, ever.”

“She’s a great kid and she works super hard,” the coach added about Dew. “To have so many people show up was great. It was a big crowd for us, and they went nuts. There were probably a couple hundred there.”

With a year of varsity remaining, Dew has a good chance of breaking the state’s career home run record of 49, set by Erika Underwood of Addison High School, between 2012 and 2015. Dew currently has 38 career homers.

With the pressure of the record chase behind her, Dew can now focus on helping her teammates try to win Saturday’s Division 1 district tournament at Holland West Ottawa High School. The Sailors, 24-15 on the season, will face rival Reeths-Puffer in the semifinals.

“For how young we are, we are definitely a really good team,” Dew said. “If we play like we can, I think we can definitely beat Puffer.”