blunders at third base, strikes out 12 times – and still manages to win.

The West Michigan Whitecaps had plenty of opportunities to lose for the first time in a long time on Monday.

But they somehow made it to the bottom of the 11th inning with a scoreless tie, then shortstop David Gonzalez settled the issue with a one-out, bases-loaded hit to right field, giving the Caps an exciting 1-0 victory over the Dayton Dragons.

The Whitecaps have now won nine straight games, and are 5-0 in the Midwest League’s second-half standings. They are an amazing 50-22 overall on the season. 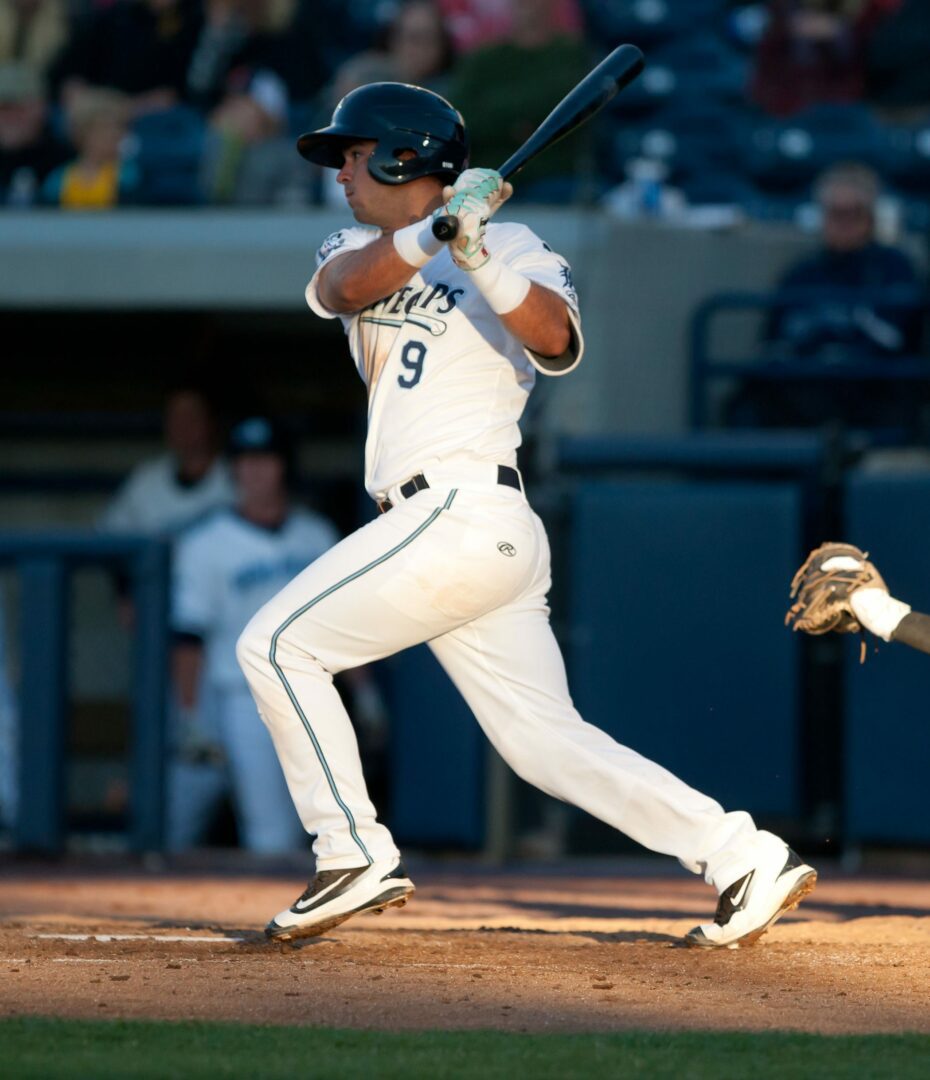 Anthony Pereira follows through on the swing for the Whitecaps. Photo/Bob Campbell

The Whitecaps got plenty of good pitching on Monday, with starter Tom De Blok and relievers Locke St. John and Jake Shull combining to shut down the Dragons over 11 innings. De Blok was particularly effective, striking out six with no walks in five innings.

Shull pitched the final two innings to collect the victory.

But West Michigan managed very little offense. The Whitecaps only had seven hits on the night, and only one through the first five innings. They struck out a dozen times, including five times against Dayton starter Tony Santillan.

The Whitecaps also had problems in the field, recording three errors, all within the first five innings. Dayton had an even worse night defensively with an embarrassing five errors. 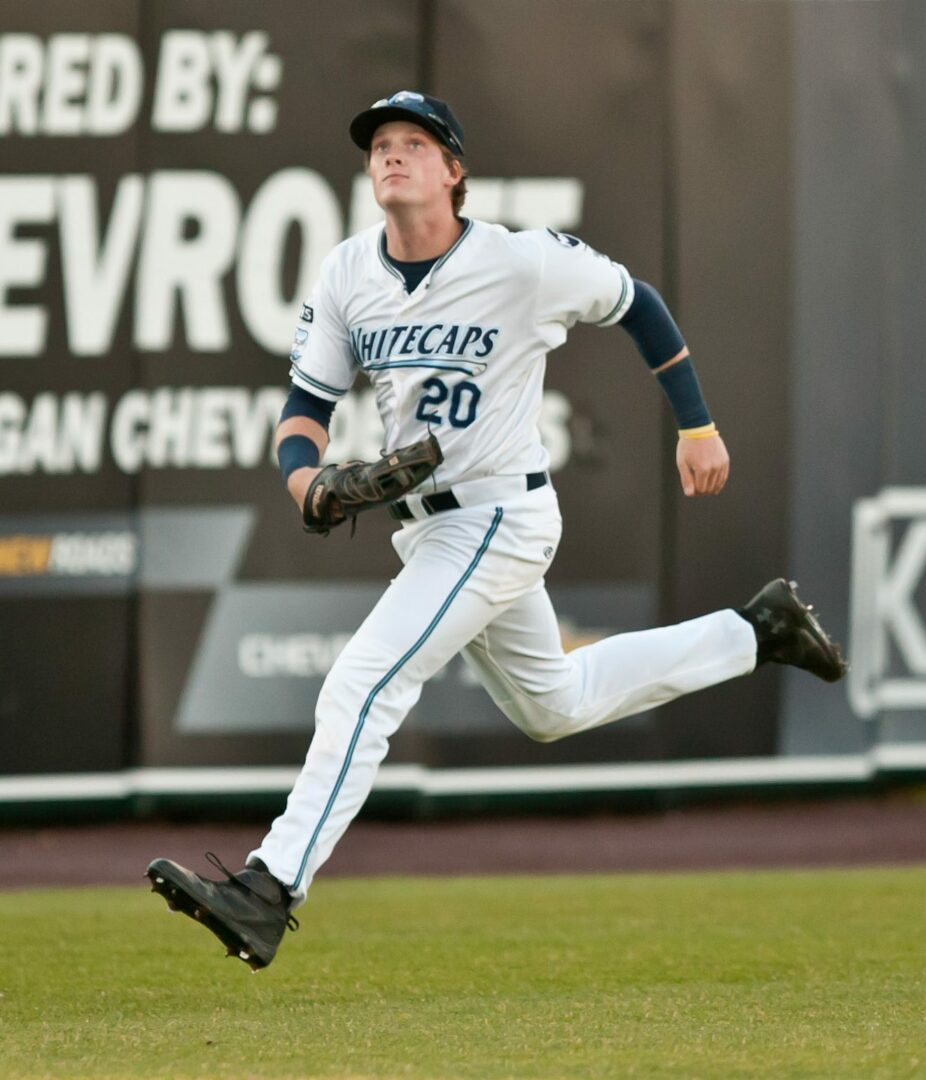 In the eighth inning, Danny Woodrow reached base with an infield single and stole second. Josh Lester hit a slow grounder that should have been the third out, but the Dayton shortstop bobbled the ball.

Lester could have been safe at third, but rounded third and broke for home before slipping and trying to return to the bag. He was gunned down going back, ending the threat.

In the bottom of the ninth, the Whitecaps had two runners on when Drew Longley hit a single. But Austin Athmann, who led off the inning with a single, overran third base and was gunned down trying to return.

Later in the ninth inning, a wild pitch gave the Whitecaps runners at second and third with two outs, but Chad Sedio took a called third strike to end the threat.

“Sloppy defense, sloppy base running, but you know what, we came out on top and you’re going to play games like that from time to time,” Rabelo said. “We’re just fortunate we won the ball game.”

West Michigan finally seized the victory in the bottom of the 11th when Lester hit a leadoff single, Cole Bauml was safe when his fly ball was dropped by Dayton left fielder Malik Collymore, then Longley reached base on an error by Dragons second baseman Shane Mardirosian.

That brought up Gonzalez with the bases loaded and one out. He delivered a liner to right field that went all the way to the wall, scoring pinch-runner Danny Pinero and sealing the walk-off win.

Gonzalez recently returned to the Whitecaps for the fourth season, after being promoted to the Lakeland Flying Tigers out of spring training.

“I was looking for a fastball inside, because they wanted me to hit a ground ball, and he threw me that and I used my hands to get to it and got a hit,” Gonzalez said.

“I feel good. I was working with (Whitecaps hitting coach Mike Hessman) on some drills, and I feel good now. I want to help the team with whatever I can do. We love wins and we love to keep doing it.” 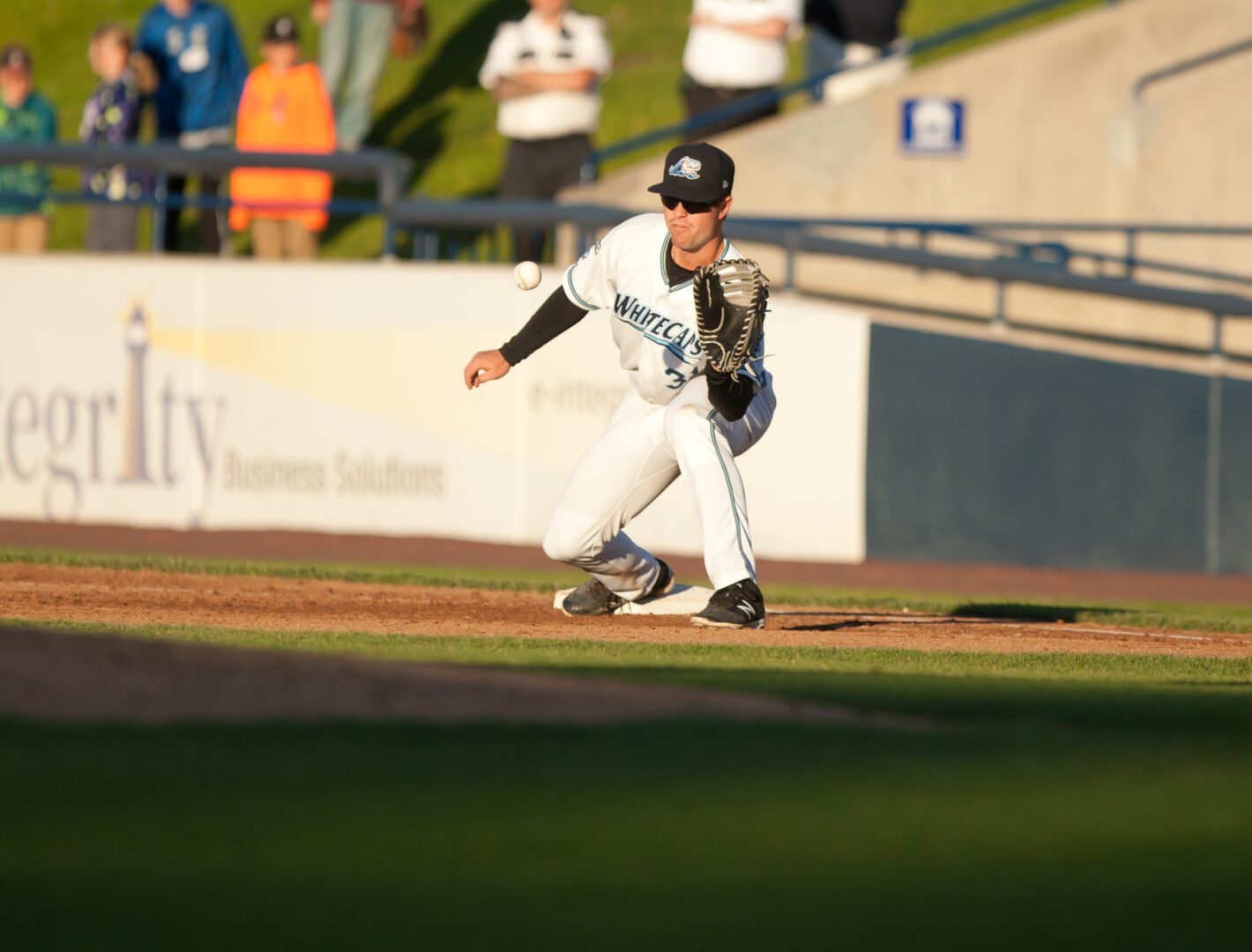 Chad Sedio makes the play at first base for the Whitecaps. Photo/Bob Campbell 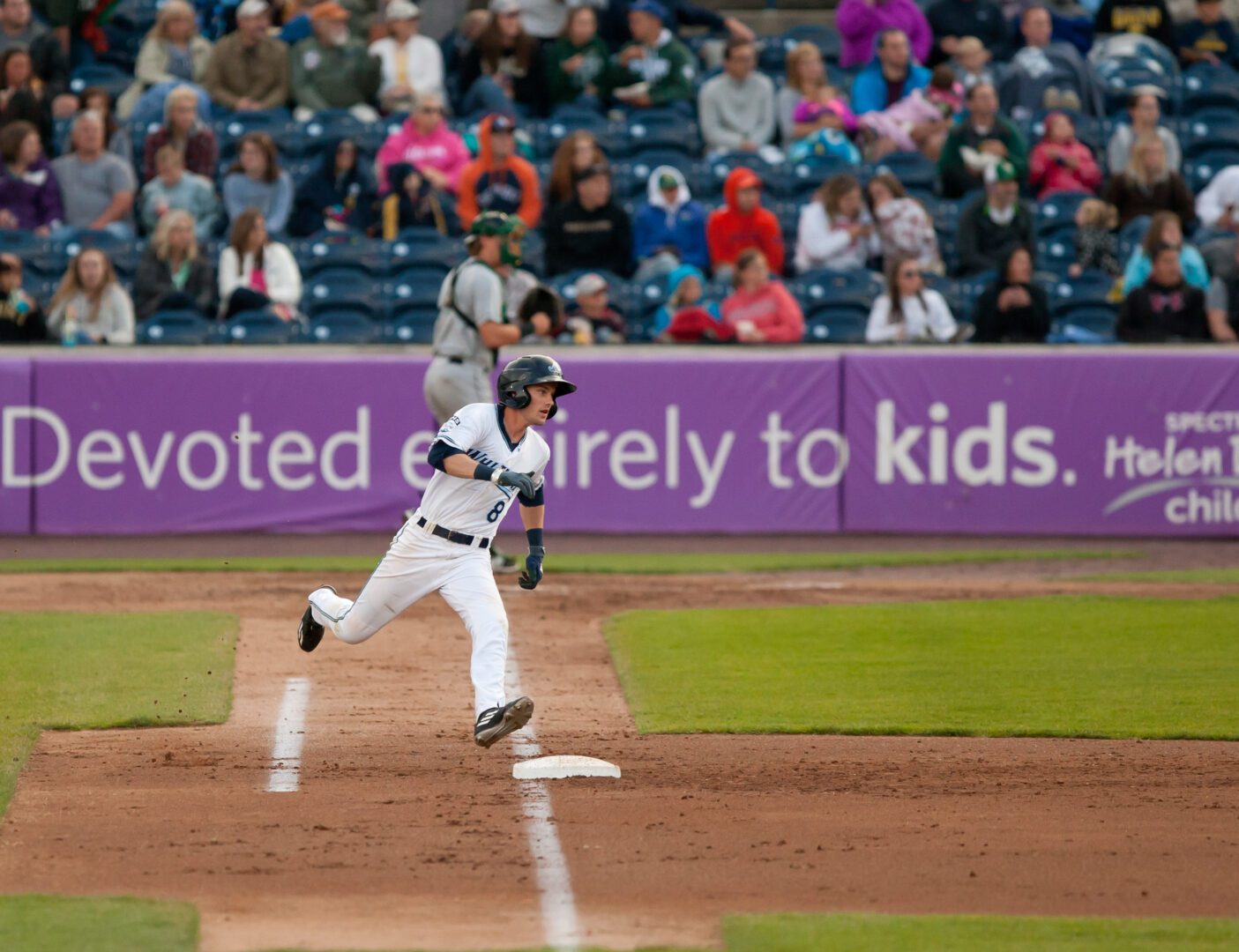 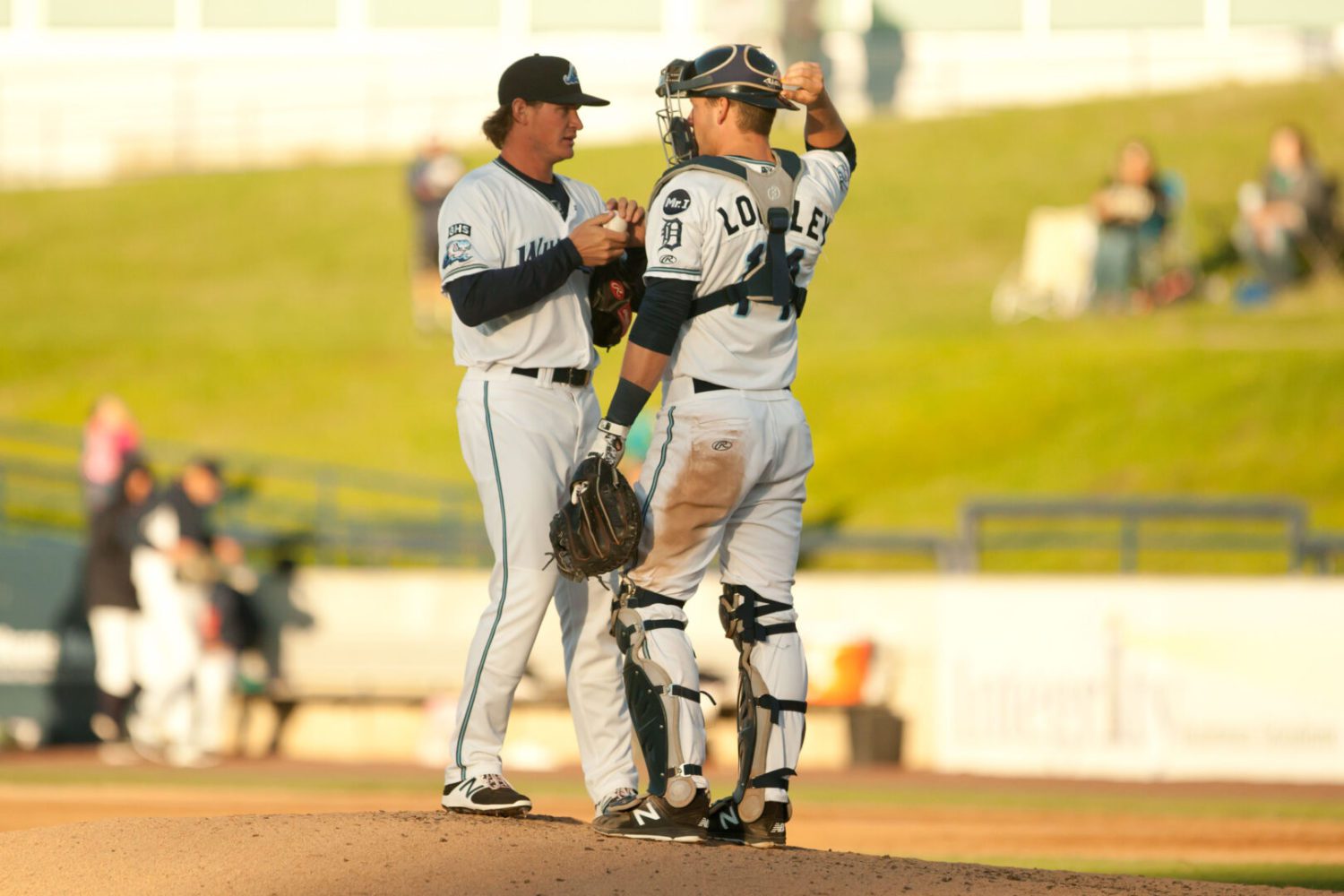 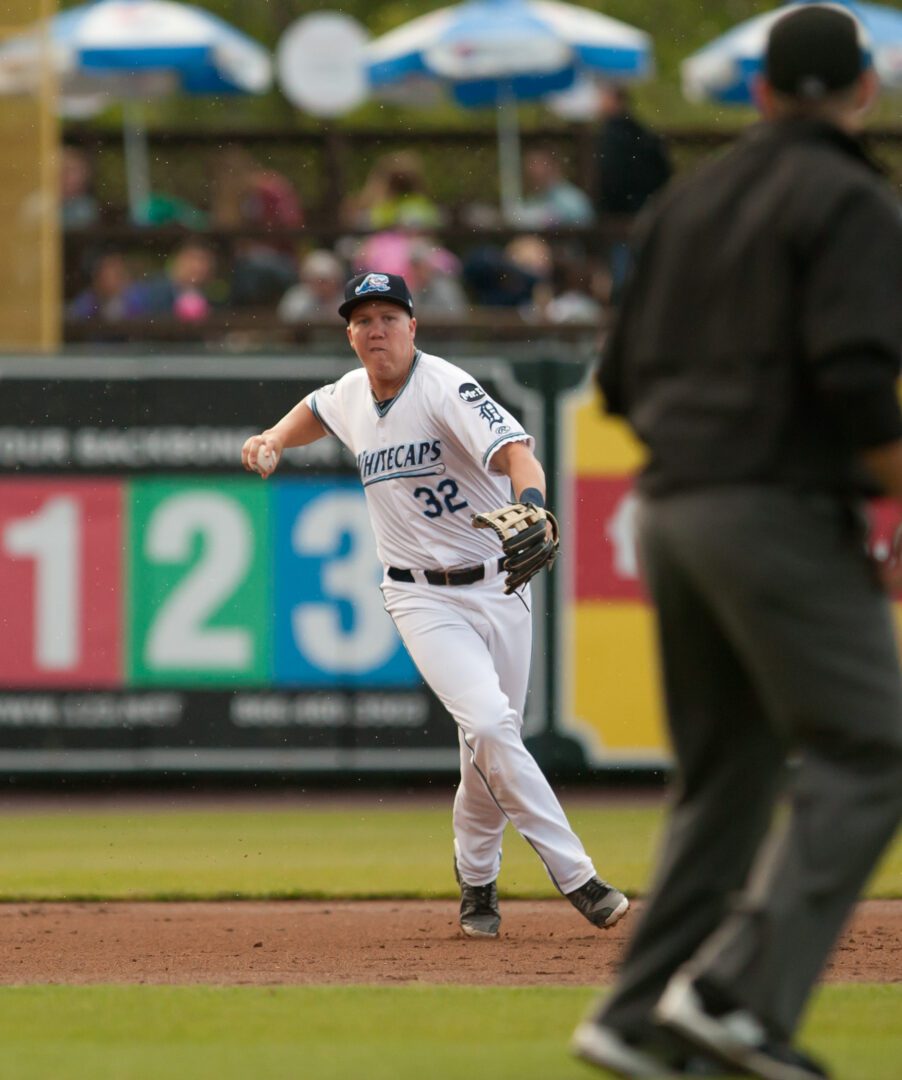 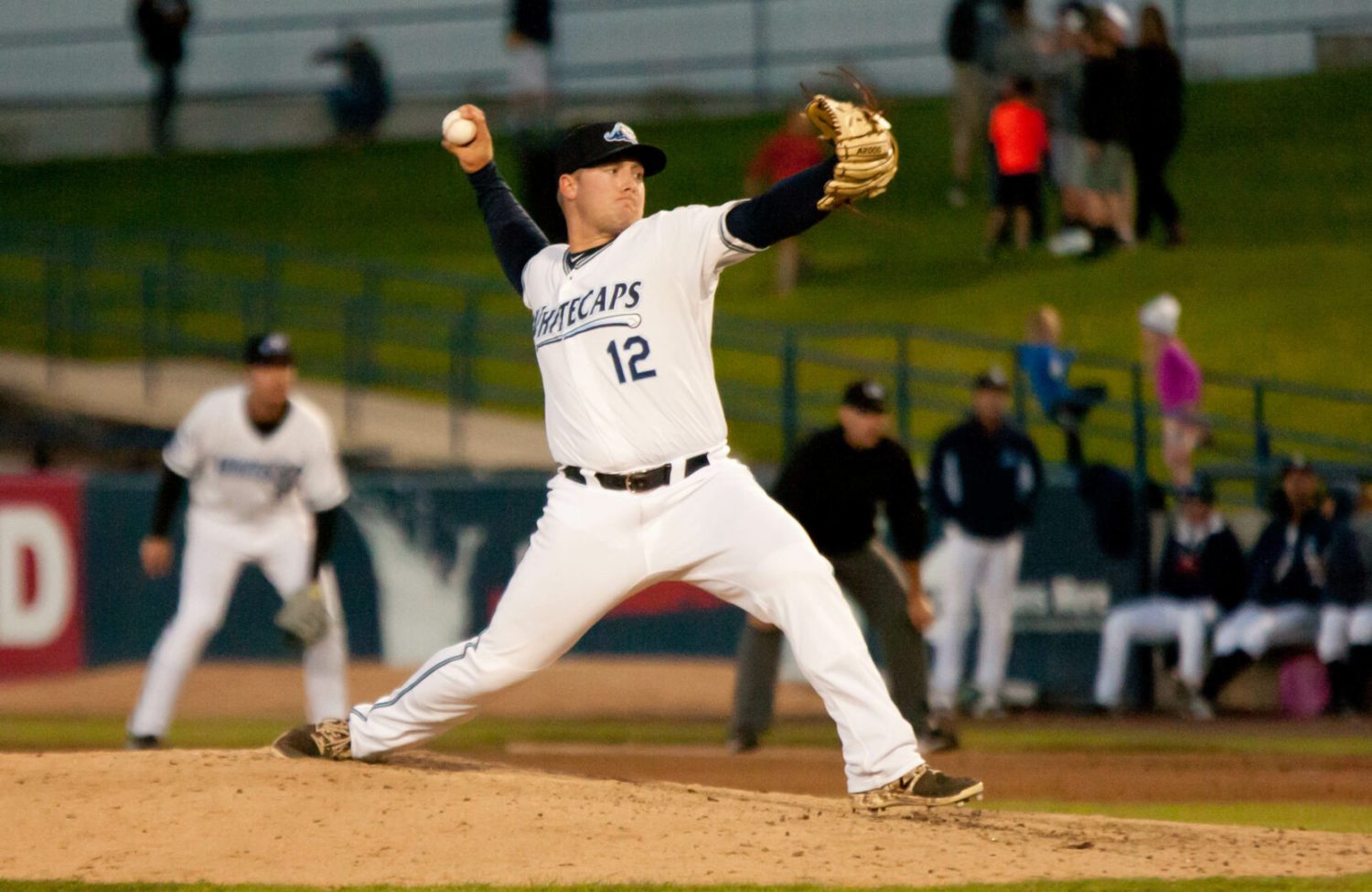 Jake Shull delivers the pitch for the Whitecaps. Photo/Bob Campbell 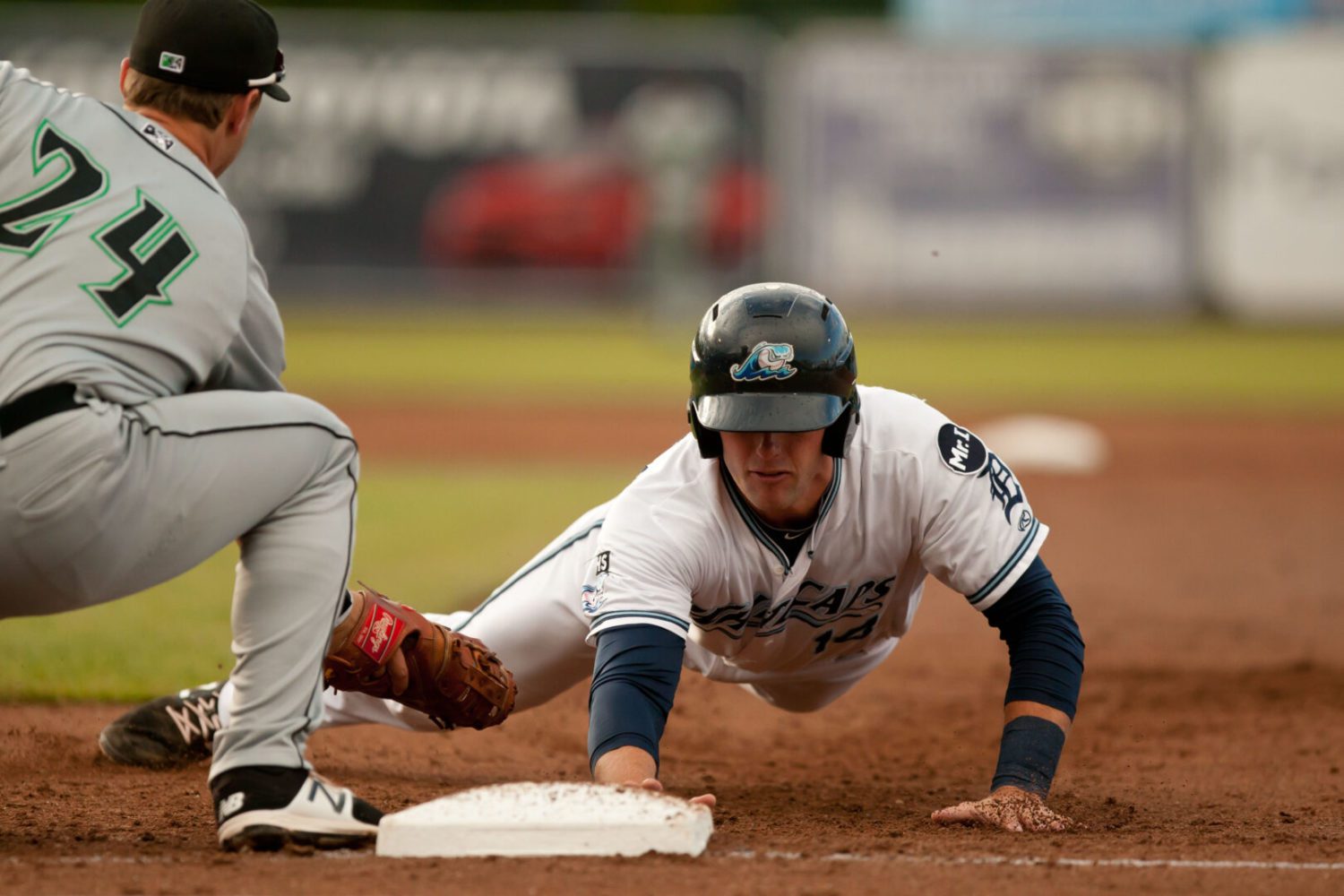 Drew Longley dives back to first base for West Michigan. Photo/Bob Campbell 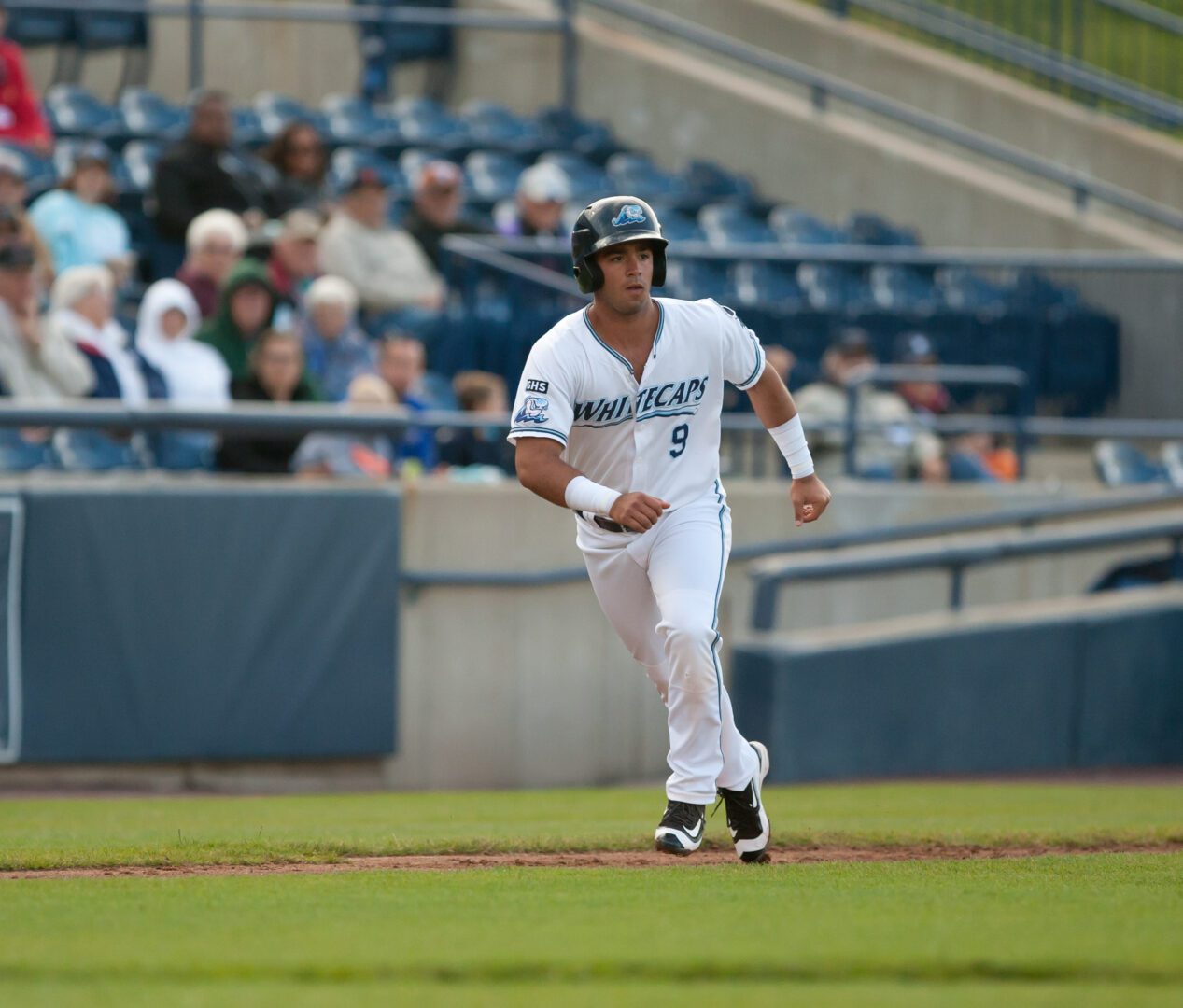