Her turn to shine: Montague’s Allyssa Bobian picking up where Flagstead left off

MONTAGUE – Many observers assumed the Montague volleyball team would take a step back this season.

The Wildcats won the West Michigan Conference championship last fall, dethroning rival and longtime champion Whitehall. But then Montague lost All-State hitter and Miss Volleyball nominee Emma Flagstead to graduation, and she was a huge part of the attack. 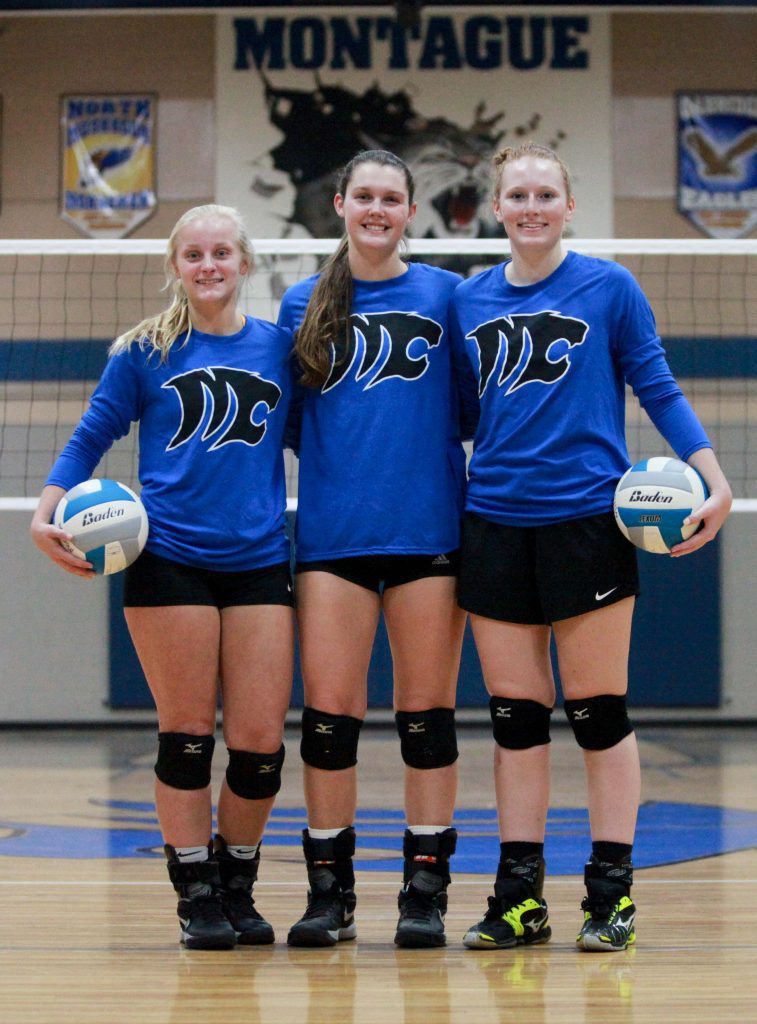 But the Wildcats have not regressed. They are 25-10-1 overall with a 4-0 record in conference play, as they fight to regain their league crown.

Two recent five-set conference victories, against Whitehall and a strong Shelby squad, were proof that the Wildcats are alive and well.

The continued success doesn’t surprise Montague Coach Shawn Bectel. He knew his team would be different without Flagstead, but that didn’t necessarily mean worse.

“I didn’t think we were going to take a step back,” Bectel said. “We’re not the same type of team. We’re definitely a more versatile team, we’ve got a lot more weapons than we had last year.”

One potent weapon for Montague this season has been Flagstead’s replacement, Allyssa Bobian.

Despite being a three-year varsity starter, Bobian never had a chance to show her full potential – until now, that is.

“I feel really happy for her because it’s her first year not being in someone else’s shadow,” Bectel said. “Obviously, I knew she was ready for it. I personally think she’s one of the best players in the state.”

Bectel says part of Bobian’s success comes from reading opposing defenses and knowing where to place the ball.

“She’s a smart player,” the coach said. “Can she jump up and hit for power? Of course she can. But she’s also smart enough to hit the shot they’re not expecting.”

For Bobian, it’s just been nice to get some recognition. 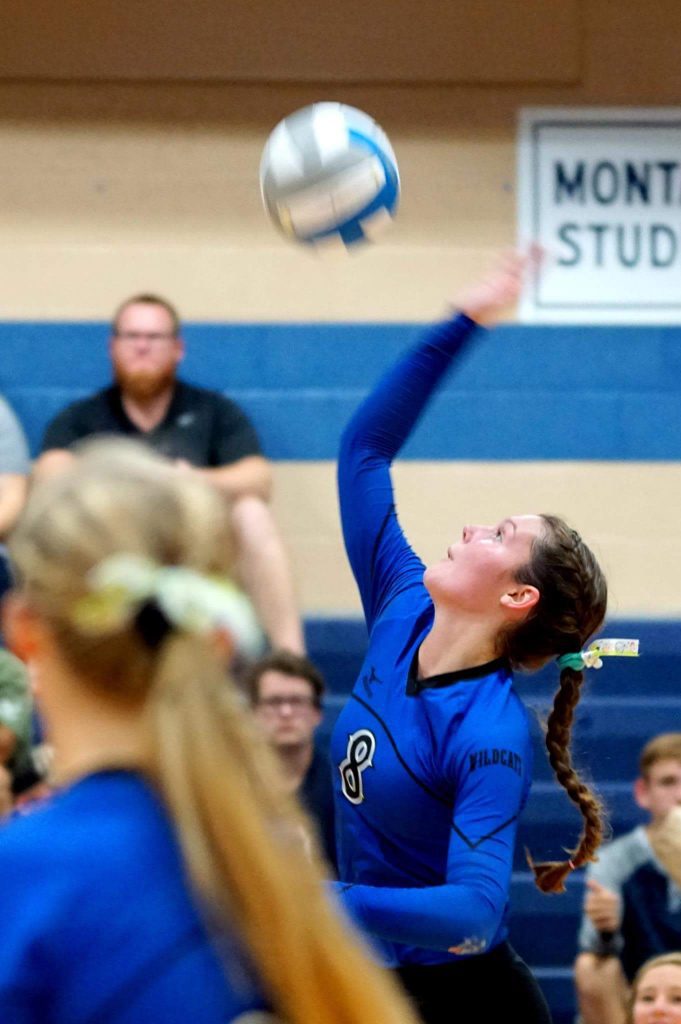 Allyssa Bobian goes for the kill during Montague’s match against Whitehall. Photo/Leo Valdez

“I had fun the other years, but I was always in someone else’s shadow,” the senior said. “It’s finally my year to show what I can do, and people are actually looking now, so that feels good.”

Bobian has been piling up some impressive stats this year. She has totaled more than 330 kills, is hitting .292, and has displayed her diversity by collecting more than 340 digs on defense.

According to Bectel, that’s all in a day’s work for Bobian.

“There is no more complete player than her,” Bectel said. “We’ve played some of the best teams in the state, and no one has shut her down yet.”

Bobian’s skills have prompted several teams to throw multiple blockers at her, but that’s become something she looks forward to.

“I’ve gotten used to it this year,” she said. “It makes me feel kind of good to know they’re putting that much focus on me. It gives me a chance to beat their big blocks.”

Bobian is one of three four-year starters on the Montague squad, along with Summer Garwood and Morgan Roesler. The trio of seniors brings a wealth of talent and experience to the defending WMC champs.

“In conference, they’ve only lost two games in the last three years,” Bectel said of the three standout seniors. “Roesler leads the state in aces pretty much every year – she’s averaging a minimum of 100 aces a season. Garwood is one of the top setters in the state. She has 856 assists already.”

In addition to being a powerful group on the court, the three seniors are good friends, as well.

“Morgan and I have been best friends since we were five or six,” Bobian said. “We’ve always been really close and we have that connection, so it’s really nice.

“Summer and I weren’t really friends until high school, but since we’ve been on varsity together all four years we’ve gotten really close. We just click as setter and hitter. She knows what I want and how to give me a good set.”

Evan Moskwa, the new kid at QB for R-P, has the Rockets roaring with a 2-0 start