It’s official. I’m the first to ever capture back-to-back victories in the LSJ Editors Gridiron Picks

To be fair, the race couldn’t have been closer last week. Andrew Johnson (the Week 1 winner), Dave Tomczak (the Week 2 winner) and I actually tied with 12-3 records.

I won on the tie-breaker by coming closest to the total number of points scored in the Muskegon Heights-Manistee game. 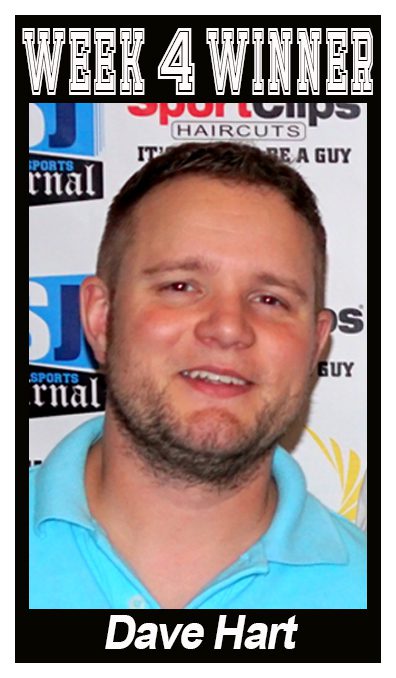 It’s pretty clear that Johnson, Tomczak and I know how to pick winners, and Jason Goorman isn’t hopeless.

But Nate Thompson and Steve Gunn are obviously still trying to figure this thing out. Time is running out, fellas! The season is half over, and you’re way behind!

My next goal is to surpass Tomczak, who is in first place overall (one game ahead of me) and is the first LSJ editor to reach 50 correct picks.

As for this week, the West Michigan Conference will be the center of attention, with several big games that will help determine the eventual league champion.

Sorry Vikings. You have a good team, but I think the Wildcats will remain unbeaten and take over the driver’s seat in the conference race.

Oakridge will bounce back from its unexpected loss to Whitehall and knock off Ravenna, setting up a showdown with Montague in a few weeks.

The third LSJ Spotlight Game in the WMC will feature a pair of teams that have struggled in recent years.

Hart, which beat rival Shelby last season by a single point after overcoming a 12-0 halftime deficit, will defeat the Tigers again and pick up its first win of 2017.

In the O-K Black, the mighty Muskegon Big Reds will have no trouble getting past Reeths-Puffer on the Rockets’ home turf.

I also see Mona Shores remaining unbeaten by knocking off a good Jenison squad, and Fremont picking up its first win of the season over Central Montcalm.