The match was extremely tight from start to finish.

But the Crusaders’ season ended with a 15-11 loss in the final set.

“I couldn’t be more proud of the way the team battled tonight,” said MCC Coach Laura Farrell. “It was the best match we’ve played all season, and each point was a complete battle.

“I was so pleased with the senior leadership on the court, and when we lost Abby Zelenka to an ankle injury in set four, the underclassmen really stepped up.”

Zoie Price paced the Crusaders with 22 kills offensively and 12 digs and four blocks on defense.

Muskegon Catholic ended the season with a 31-15 record, a Lakes 8 Conference championship and a Class D district title. 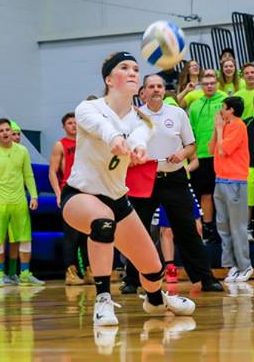 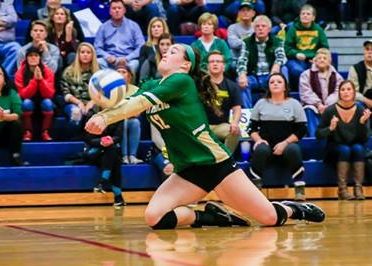 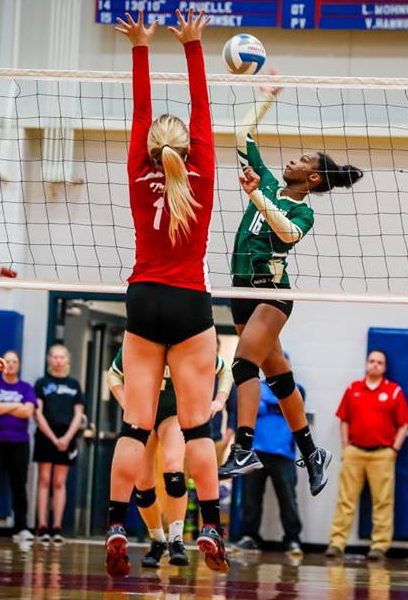 MCC’s No. 16 Calvin’Nae Simmons goes up for the kill. Photo/Tim Reilly 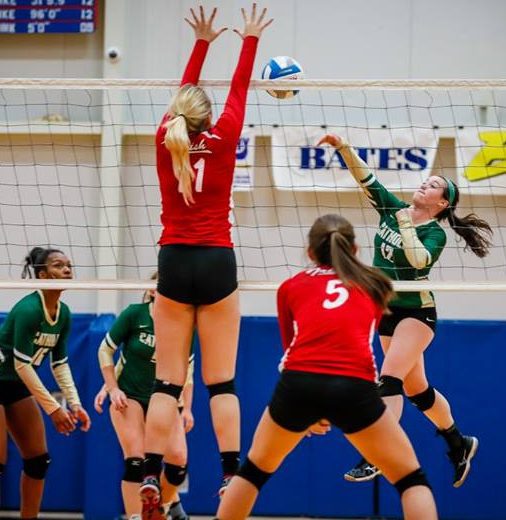 Isabelle Bertolone makes the play at the net for MCC. Photo/Tim Reilly 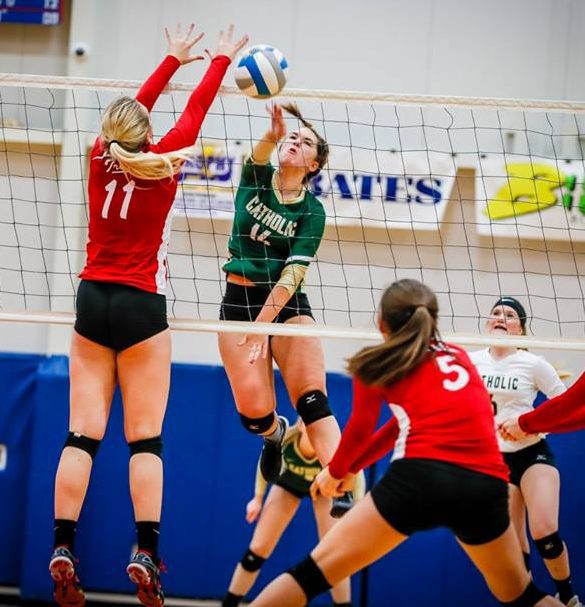 MCC’s No. 14 Zoie Price gets the spike in. Photo/Tim Reilly 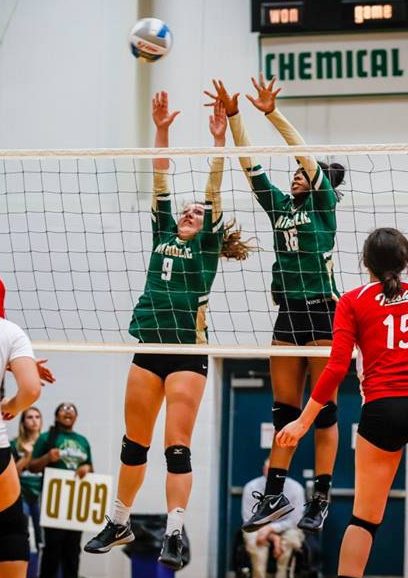 No. 9 Abby Zelenka and No. 16 Calvin’Nae Simmons try to make the block at the MCC net. Photo/Tim Reilly 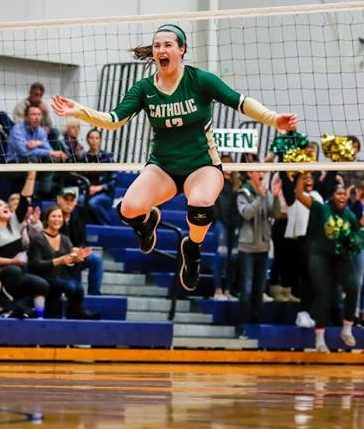 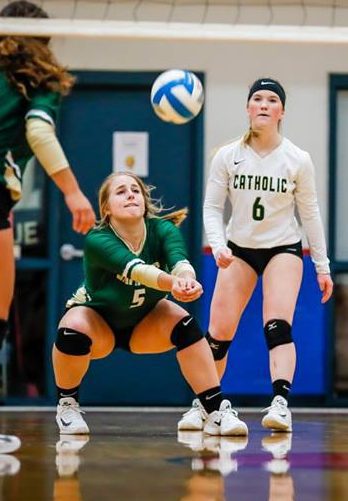 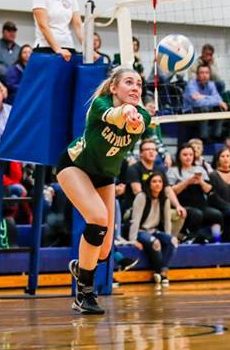 Lauren Doriot gets the bump to set up the MCC play at the net. Photo/Tim Reilly 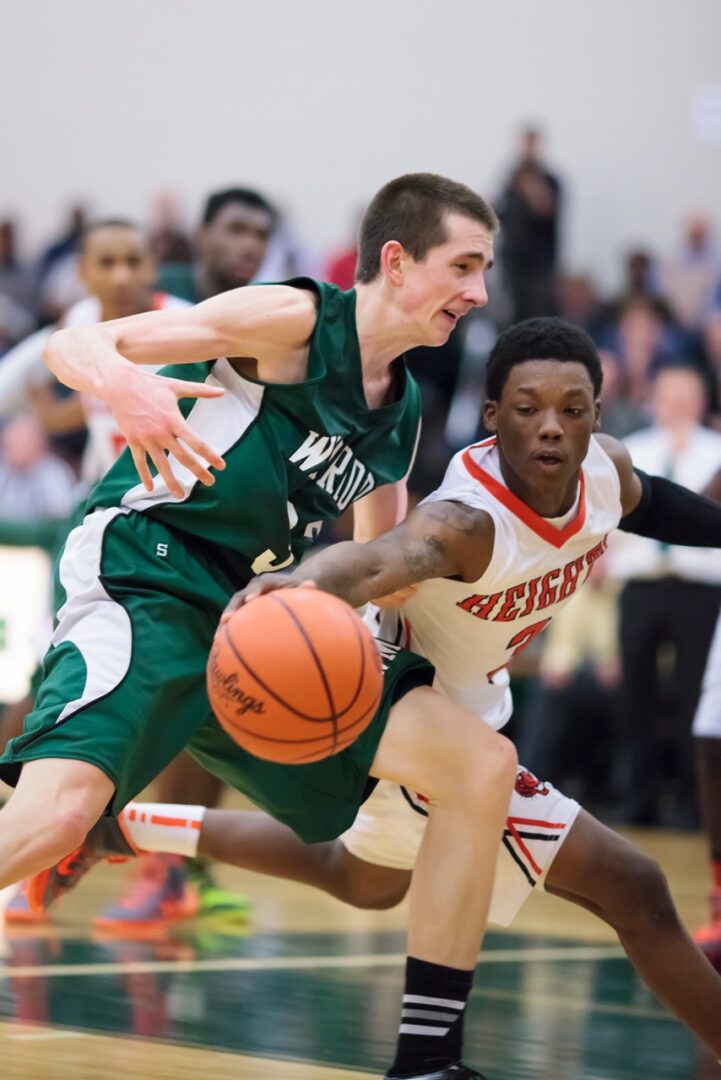 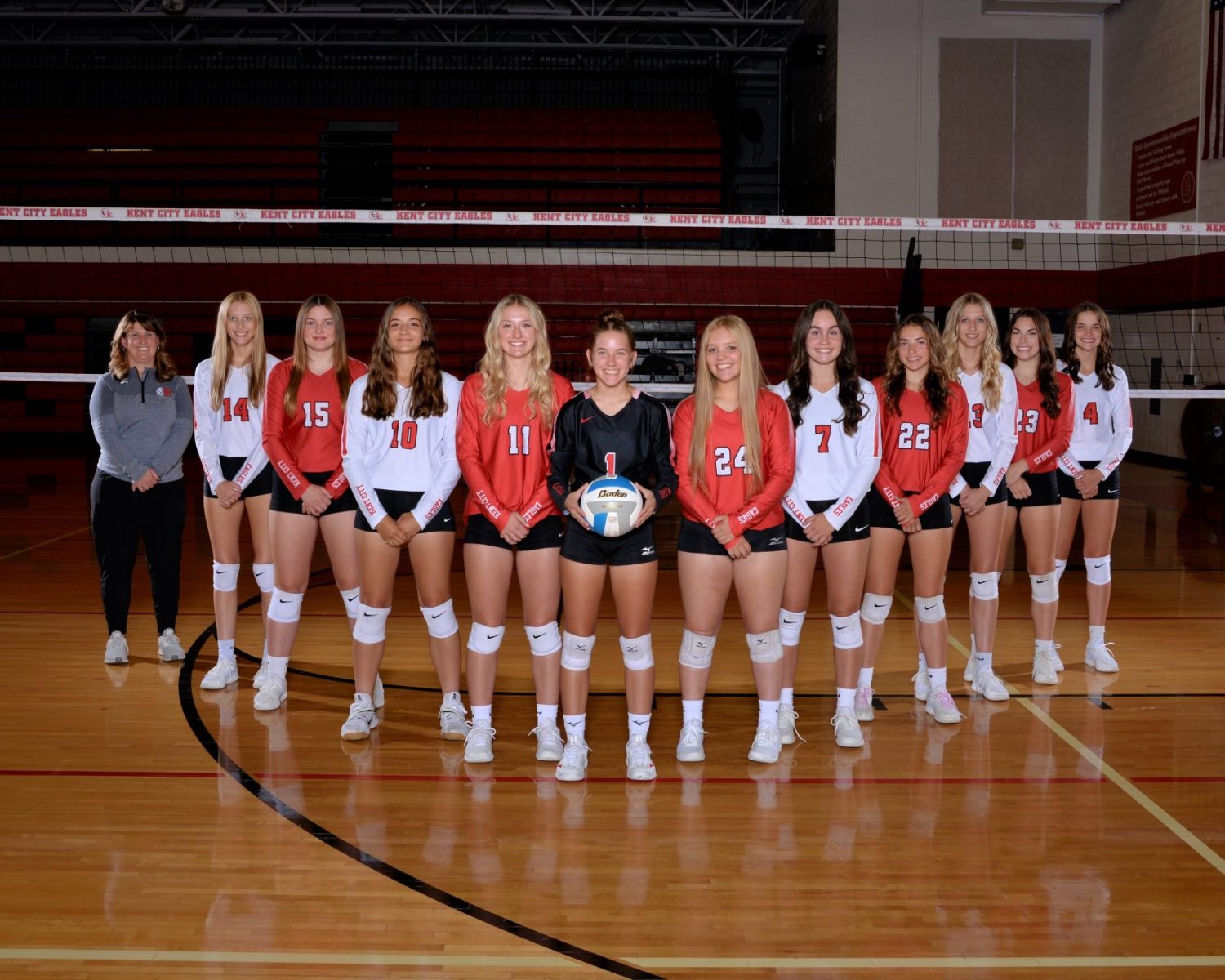