looked like it was well on its way to avenging a season-opening loss to Grand Haven.

The Sailors led by 13 points with 5:54 remaining in the first half – but that big lead didn’t hold up.

Grand Haven roared back and outscored Mona Shores 65-32 over the final 22 minutes to claim a 78-58 win in a Class A district semifinal game at Reeths-Puffer High School.

The Buccaneers, now 14-7, will play Muskegon at 7 p.m. on Friday in the district finals at Reeths-Puffer. The Bucs knocked off the Big Reds in a tightly contested game earlier this season.

“Mona came out with some fire and our defense wasn’t where it needed to be,” Grand Haven head coach Greg Immink said. “We just had to start competing. We didn’t have the fire, the defensive tenacity. Fortunately we found it. That’s what changed the game for us.” 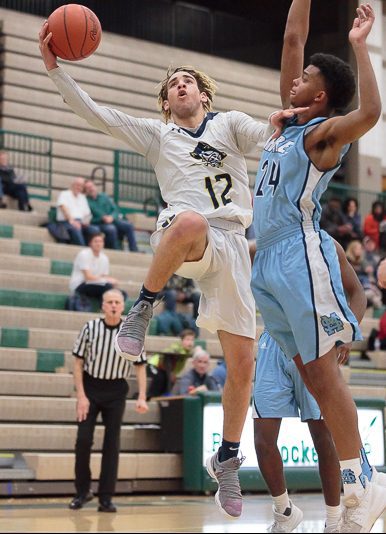 Grand Haven did most of its damage from behind the arc and at the free-throw line. The Bucs nailed 10 three-pointers and hit 20 shots at the charity stripe, accounting for 50 of the team’s 78 points.

“He really stepped up today,” Immink said about Ross. “He finished around the basket, knocked down a couple key three-pointers and made all the free-throws. Hopefully that’s something we can continue to expect from him.”

The Sailors started the game hot. After Grand Haven scored the first basket of the game, Shores went on a 15-4 run to grab a 15-6 lead. They led 20-10 after one quarter, led by James Gilbert’s eight points.

Gilbert nailed two three pointers early in the second quarter, giving him four triples for the game at that point, and the Sailors had their biggest lead at 26-13.

But Grand Haven called a time out and regrouped, then went on a 15-0 run, sparked by seven points by Kellum Bridgeforth. Mona Shores made six free-throws in the final minutes of the half to regain a 32-31 lead heading to the break.

The second half was all Grand Haven. The Buccaneers outscored the Sailors 24-10 in the third and 23-16 in the fourth. Ross scored 15 of his points in the second half, and led a strong rebounding effort for Grand Haven, as well.

“That was one of our focus areas going in,” Immink said. “Mona Shores does such a great job crashing the glass. We were focusing on making sure that we kept them off the glass.”

Mona Shores finished the season with a 10-12 record. 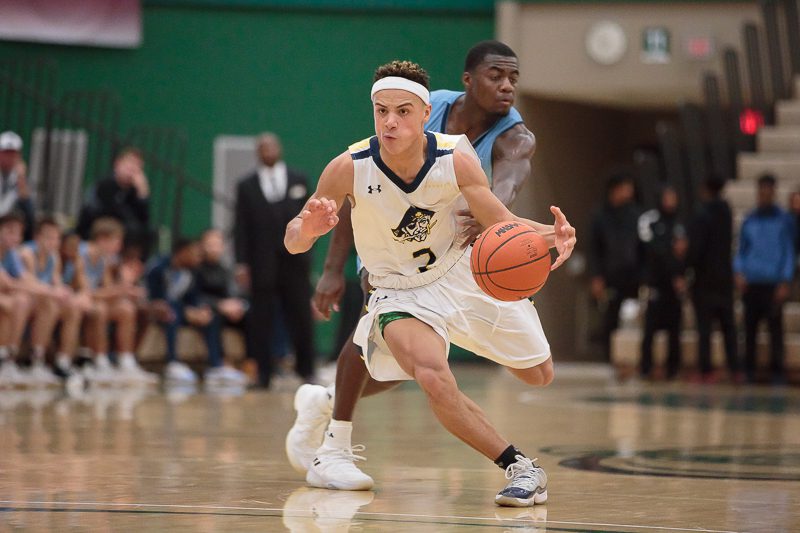 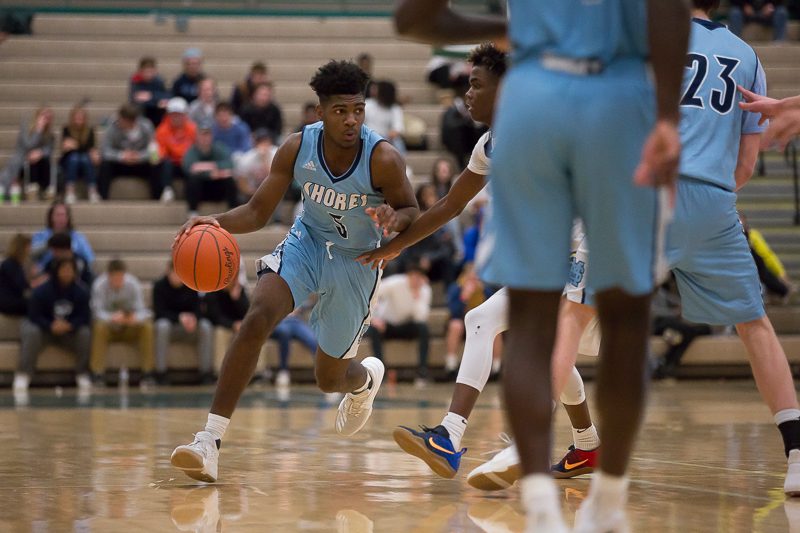 Mona Shores’ No. 5 James Gilbert looks to go around the pick. Photo/Randy Riksen 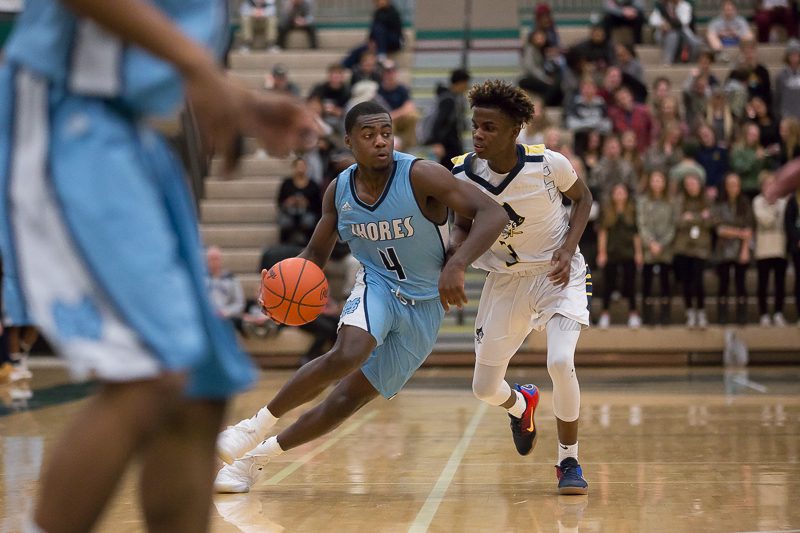 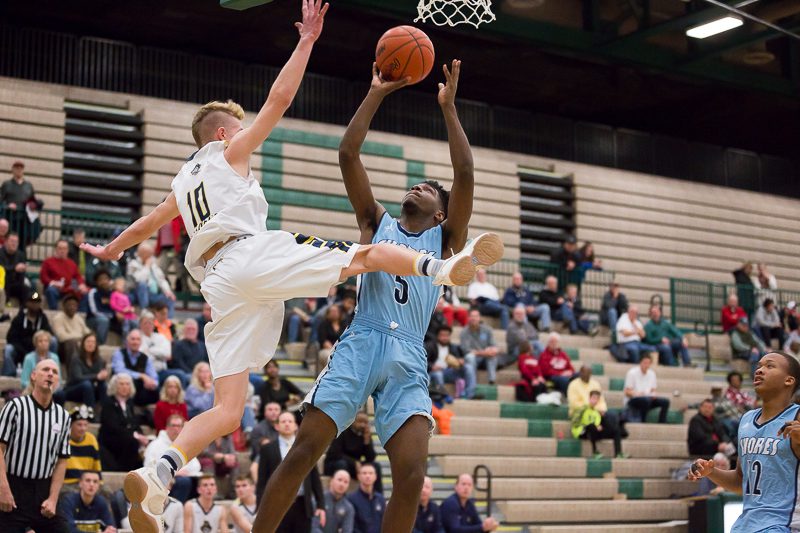 James Gilbert gets Grand Haven’s No. 10 Bryce Beland off his feet on move at the basket. Photo/Randy Riksen 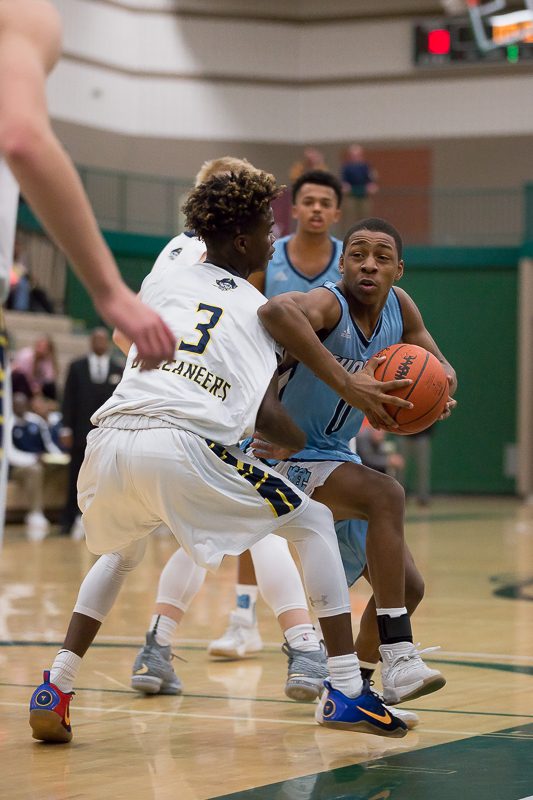 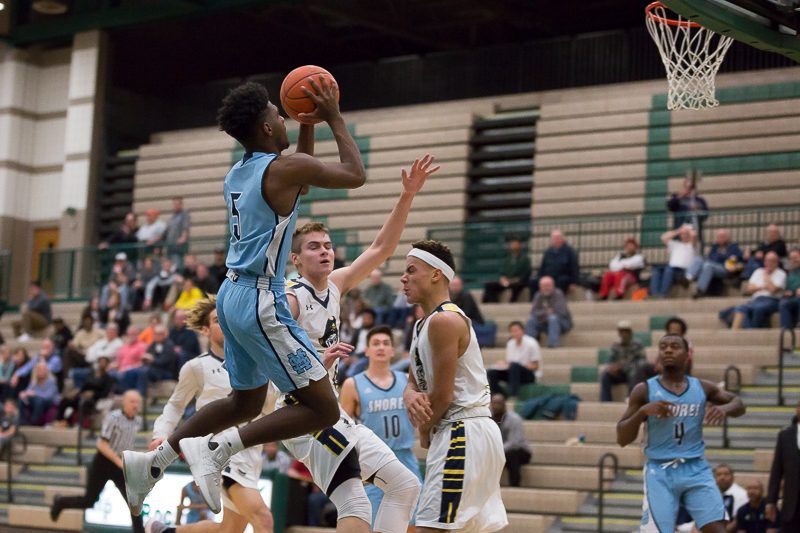 James Gilbert gets up in transition while Grand Haven’s Malic Love gets ready to take a charge. Photo/Randy Riksen