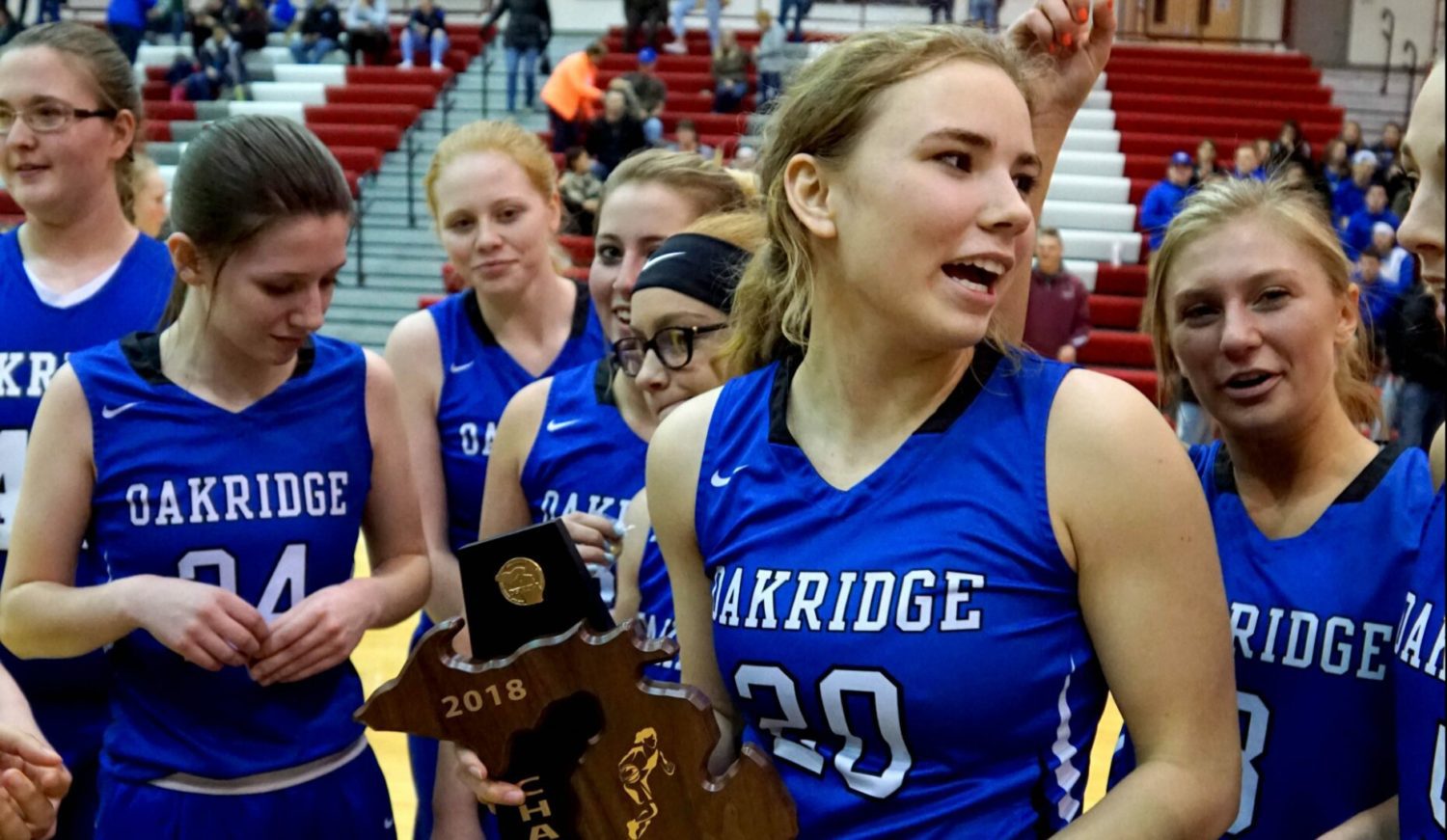 MUSKEGON TOWNSHIP – For the third consecutive season, and seventh time in nine years, the Oakridge girls are district champions.

An outstanding performance from junior standout Sophia Wiard propelled the Eagles to an easy 49-16 win over Montague in the Class B district championship game at Orchard View High School.

Wiard scored 27 points, despite sitting most of the fourth quarter.

“That’s not what I’m looking to do,” she said about her big game. “I’m just really looking to win.”

To Oakridge coach Terry DeJonge, Wiard’s dominance in another big game was hardly a surprise. 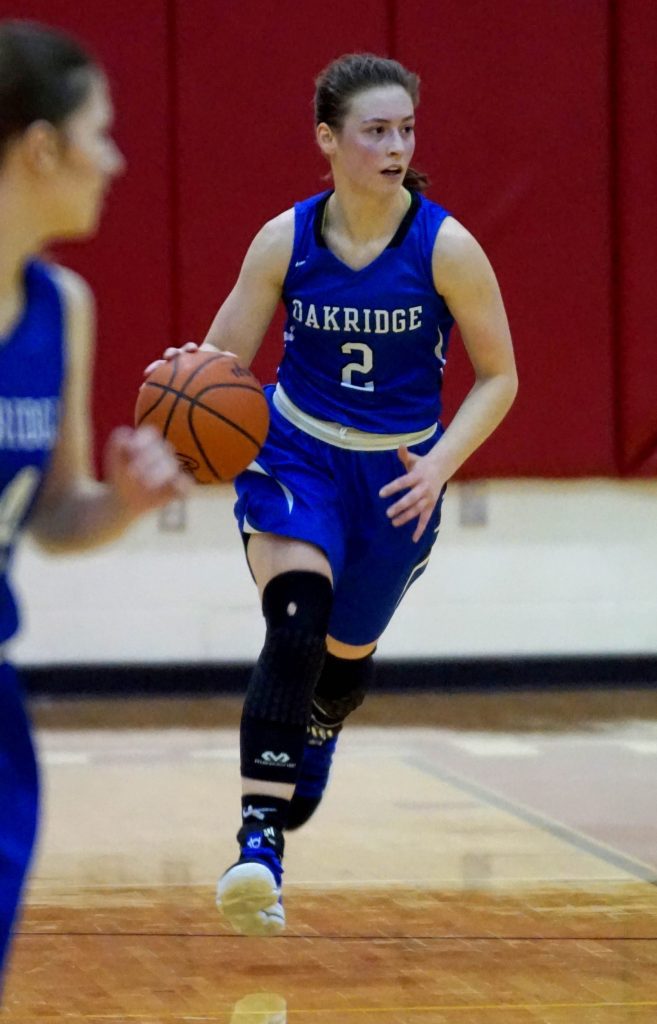 Sophia Wiard pushes the ball up the floor for Oakridge. Photo/Leo Valdez

“She’s a Division 1 basketball player,” DeJonge said. “There was no doubt that she was the best one on the floor tonight. She’s a unique talent. She’s like an assistant coach on the floor. I’m just really proud.”

Next up for Oakridge (20-3) will be Comstock Park (19-4) in a regional semifinal game at Grant on Tuesday.

“I think we’ve just got to work harder than the other team,” Wiard said. “We’ve got to be on. I’m looking forward to regionals. We have a chance this year and I’m really excited.”

Oakridge controlled the game from start to finish. The Eagles didn’t allow a point in the first quarter and led 9-0 after one.

Montague finally got on the board in the second quarter, but the Eagle defense continued to force turnovers. The Wildcats turned it over 11 times in the first half.

“The last couple weeks of the season have really been our best defense,” DeJonge said. “It’s not just one person, it’s together as a group. They’re communicating well with each other.”

Oakridge led 27-4 at halftime, thanks in part to outstanding free-throw shooting. The Eagles were 16-of-17 at the line in the first half. Wiard had 12 of those free throws, and scored 16 points before the break.

Oakridge kept the pressure on in the third quarter, extending their lead to 42-9 heading to the fourth. Wiard added 11 more points in the third.

The teams played even in the fourth quarter with seven points apiece.

Aaliyah Cooper scored six points for Oakridge while Jenna Lowry and Lizzi Tilford each had four.

The Wildcats finished the season 11-11. 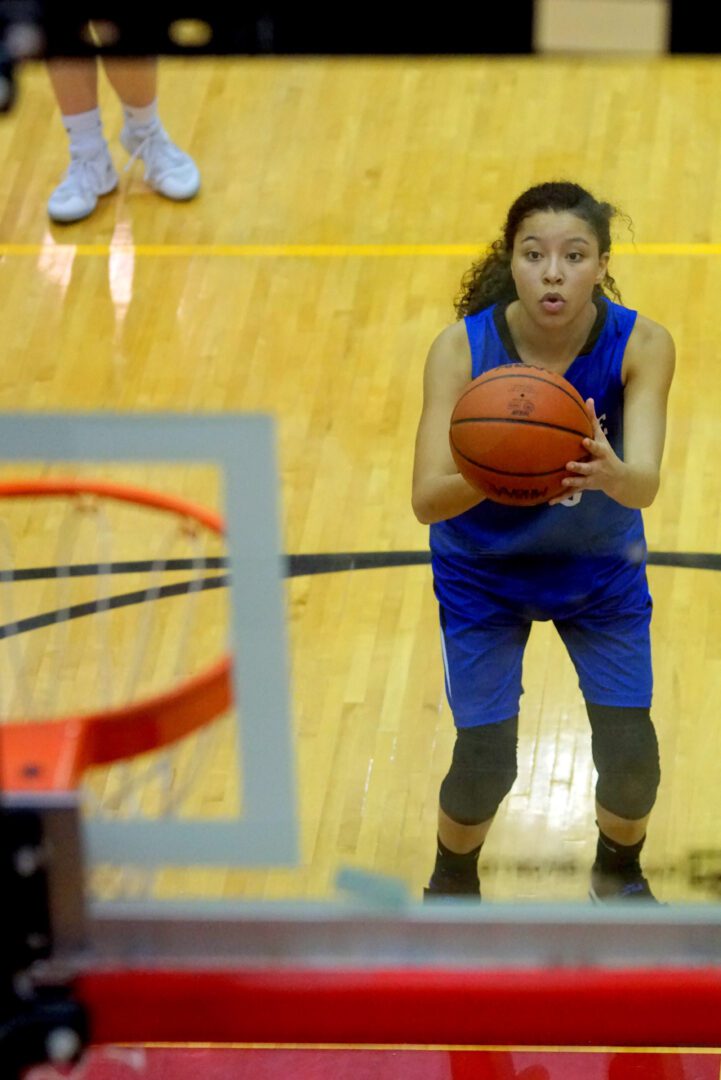 Aaliyah Cooper squares up at the free throw line for Oakridge. Photo/Leo Valdez 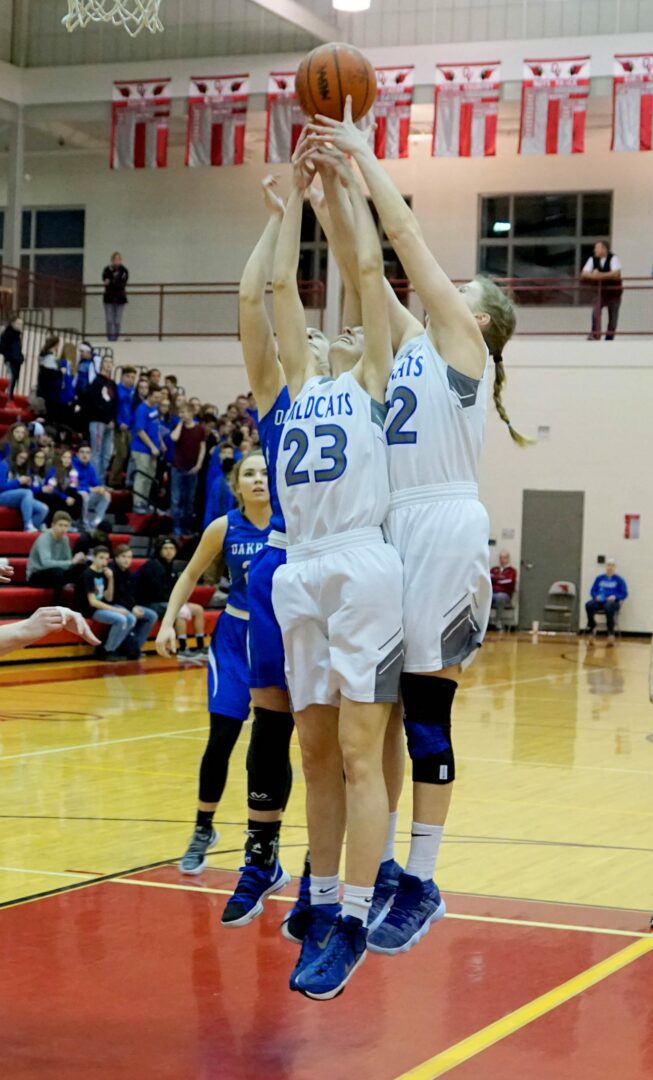 Montague’s No. 23 Ally Hall and Grace Meacham fight for the rebound. Photo/Leo Valdez 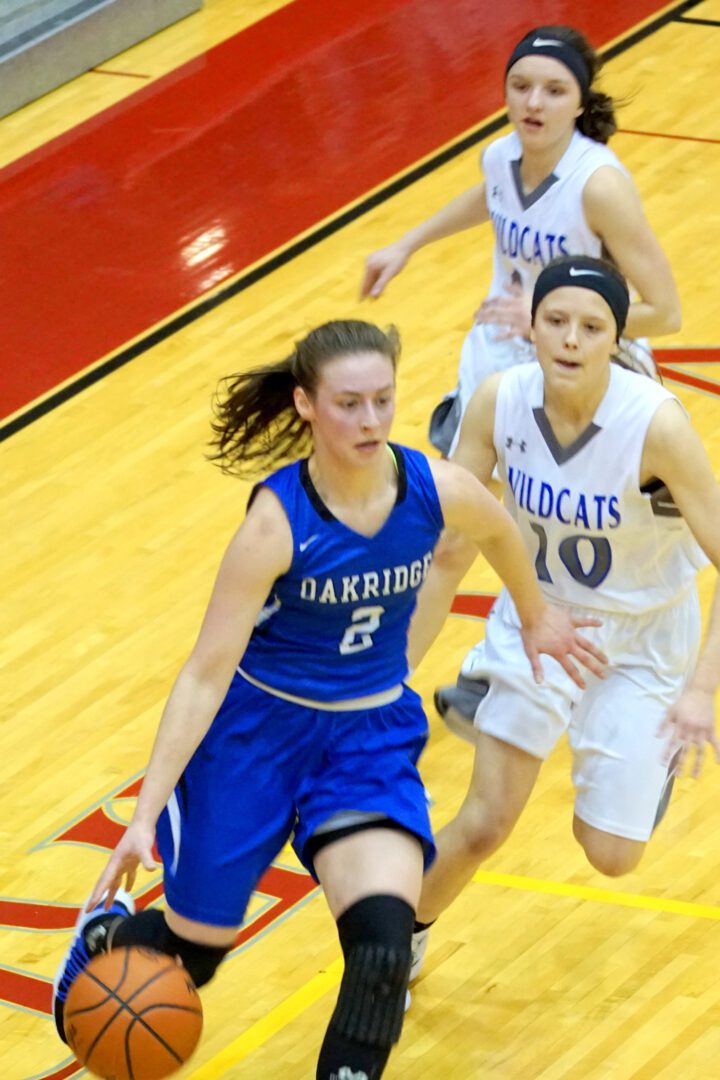 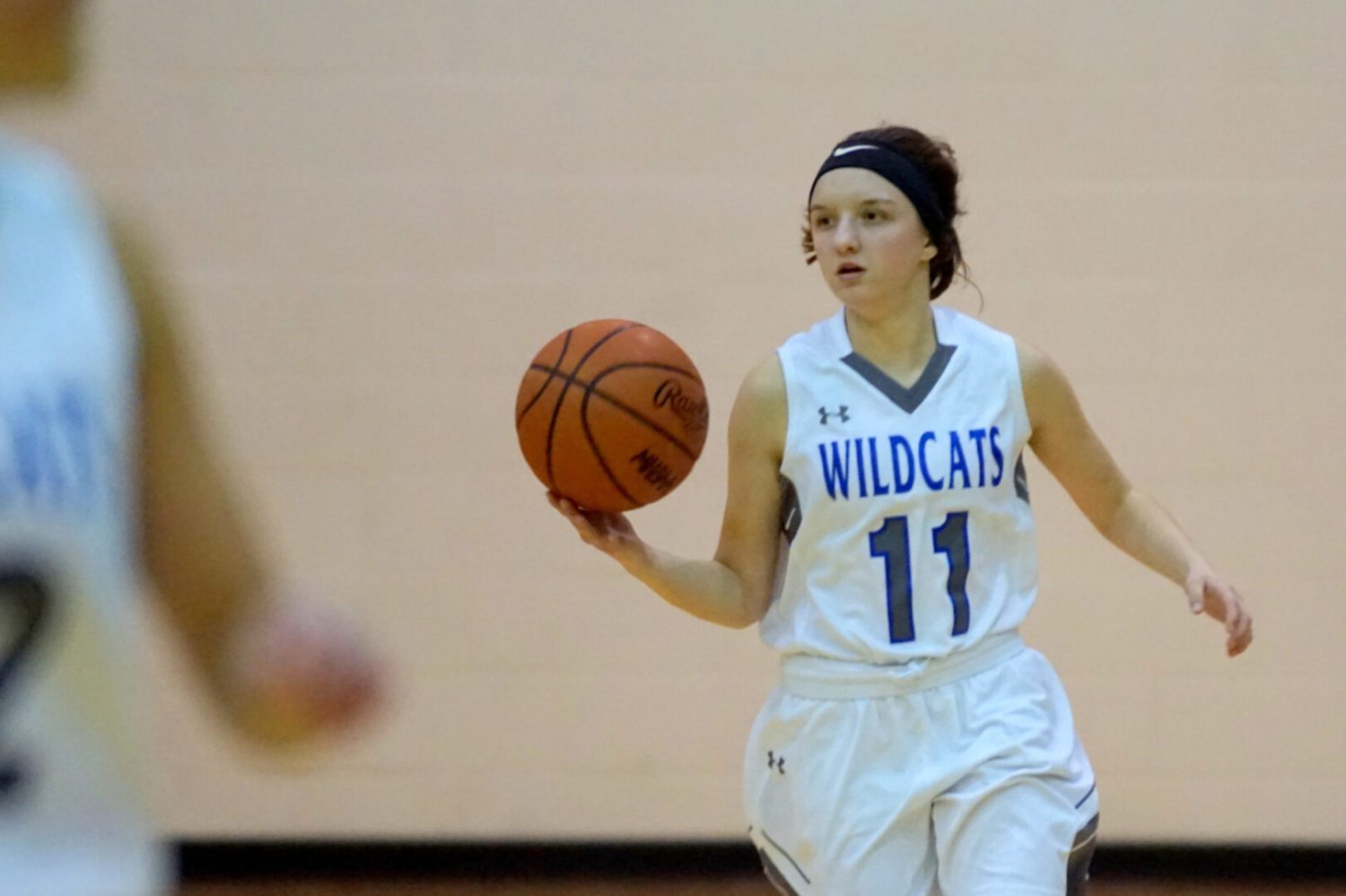 Emily Unger brings the ball up for Montague. Photo/Leo Valdez 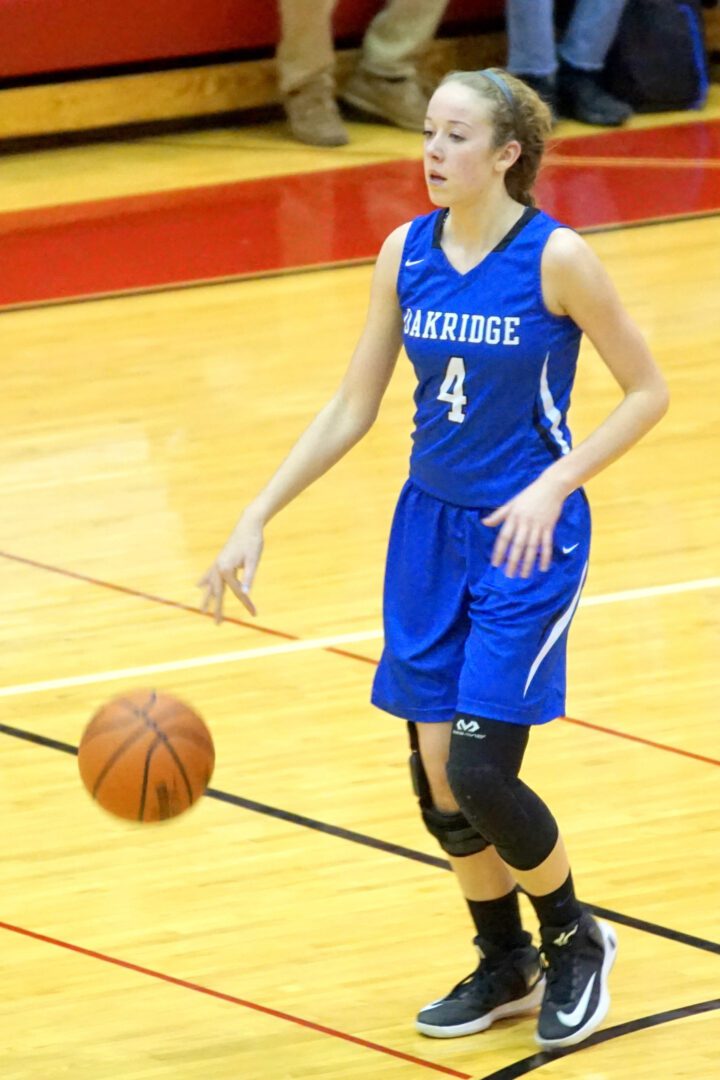 Oakridge’s No. 4 Jenna Lowry sets up the play. Photo/Leo Valdez 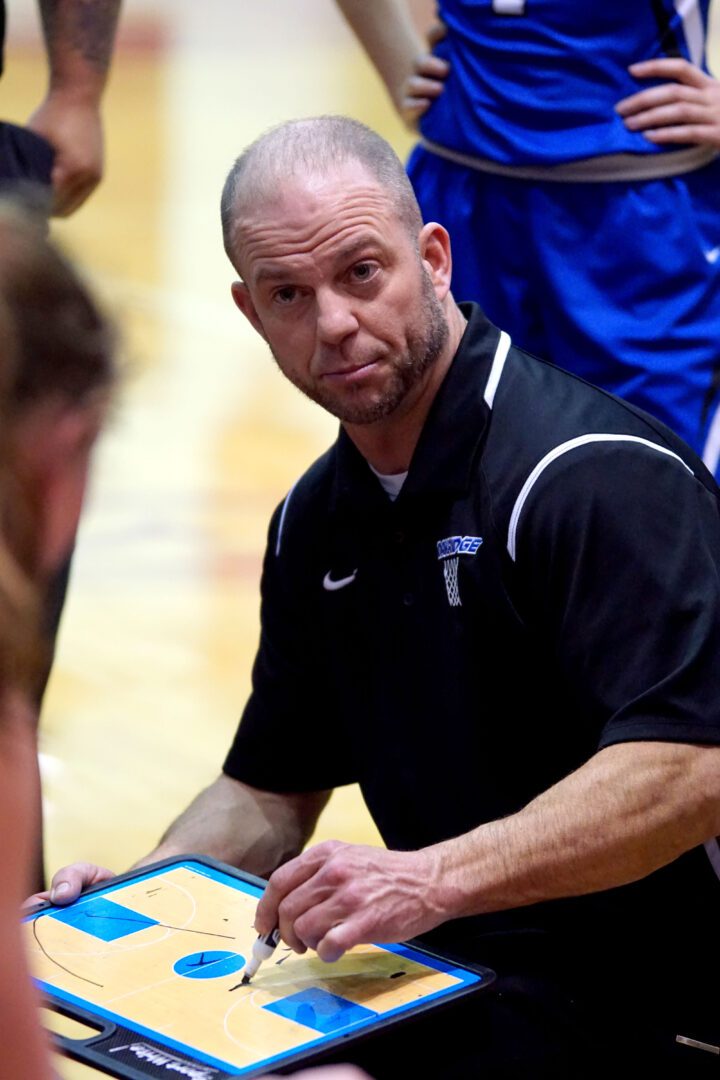 Oakridge Coach Terry DeJonge talks to his team during a time out. Photo/Leo Valdez 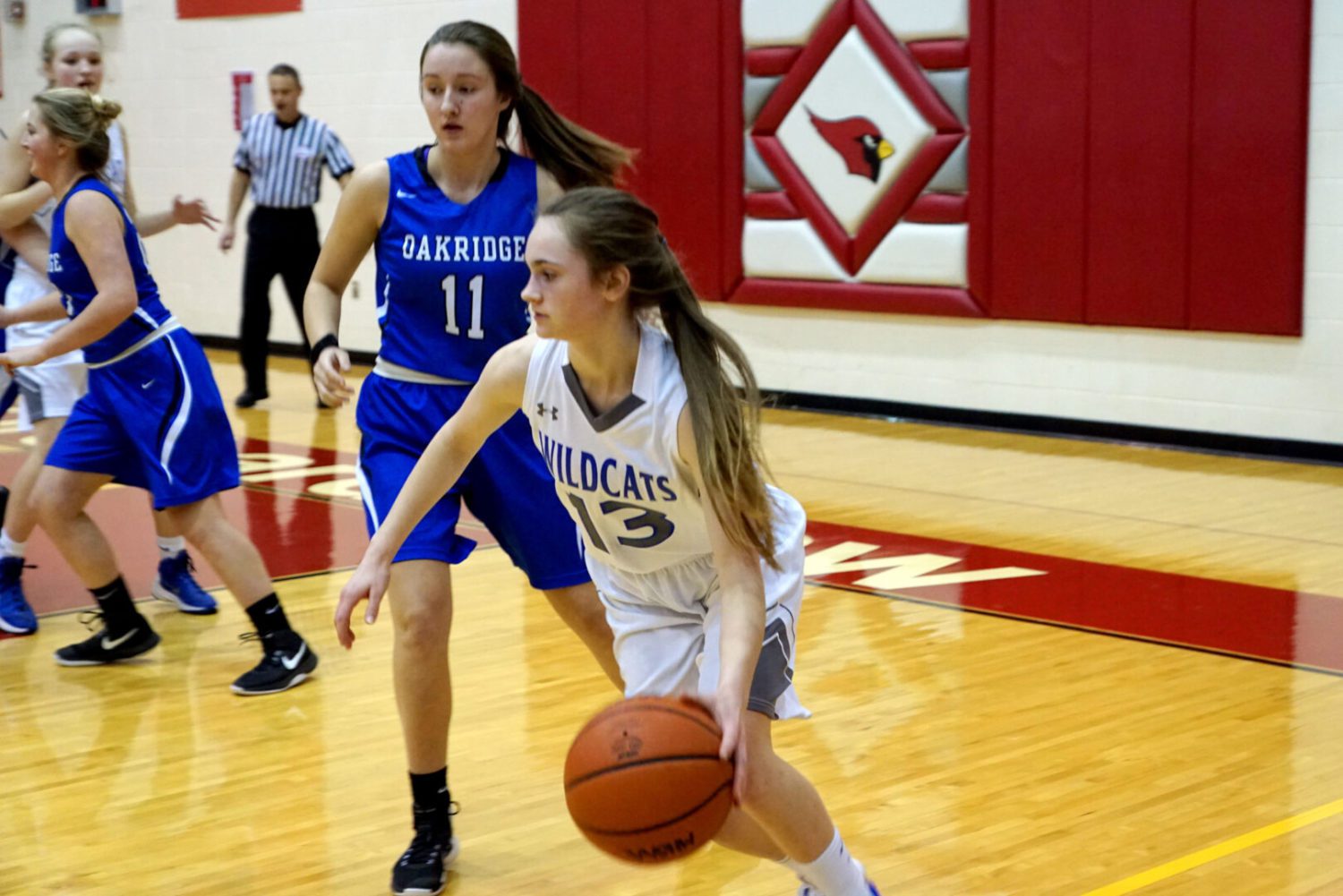 Braquelle Osborne dribbles the ball out of the corner while Oakridge’s No. 11 Claire Blackburn defends. Photo/Leo Valdez 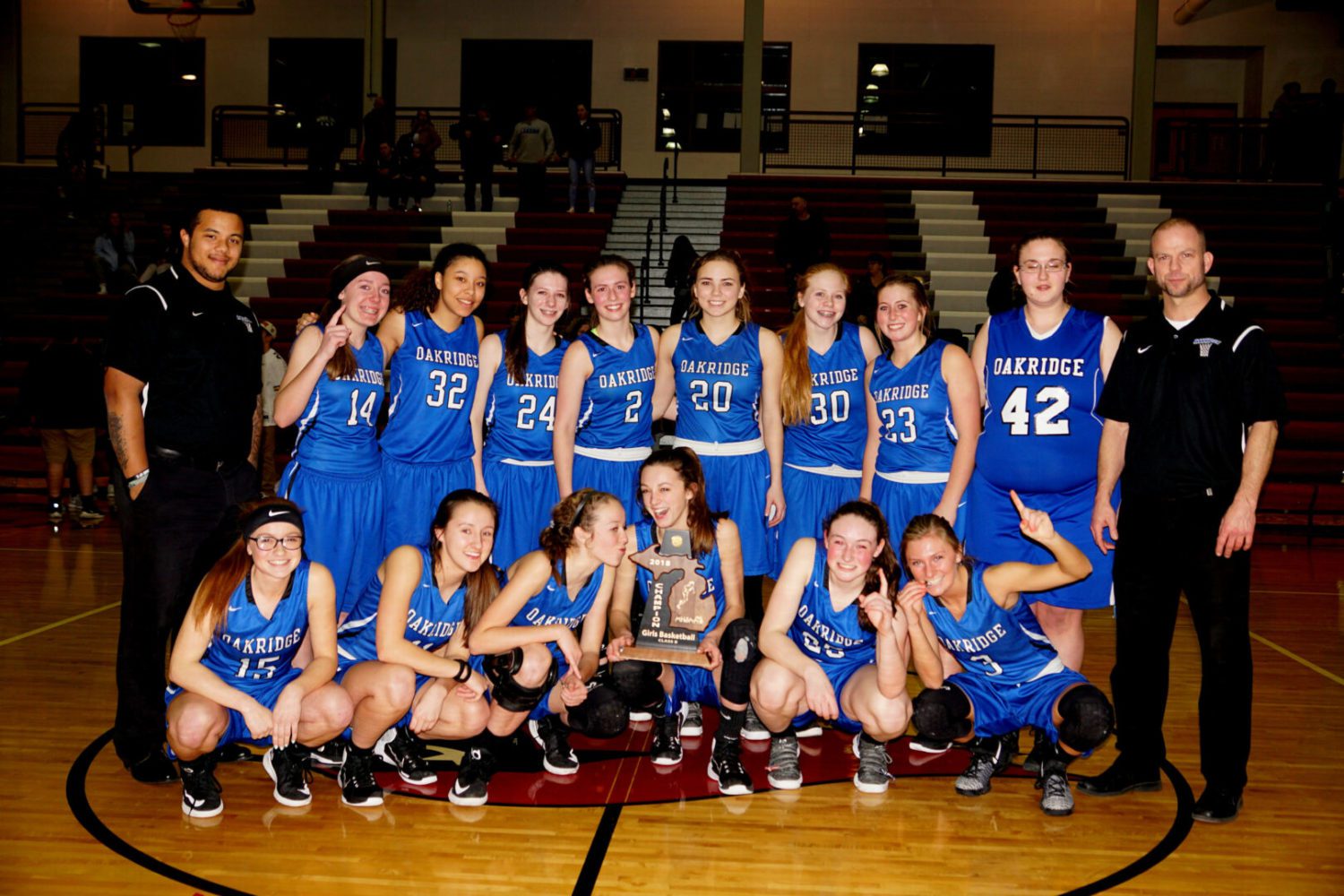 Big Reds get a scare, but hold on for a 28-23 victory over East Grand Rapids