Holton topped Kent City for a pair of baseball wins in its CSAA Silver opener on Wednesday.

Bryce Ward struck out 10 and pitched a one-hitter in the Game 1 win for Holton. Brett Ward posted the win in the nightcap on five innings pitched. Dalton Giddings picked up the save with two innings pitched.

Brett Ward led the way at the plate for Holton with four hits and four RBI on the day.

MUSKEGON 9, GRAND RAPIDS UNION 4- The Big Reds were able to win their opener with a strong start from pitcher Robert Hart Jr. who pitched four innings and allowed two earned runs and struck out five. Tawon Cooper had two hits with a triple and two RBI and also pitched two innings on one earned run for Muskegon.

RAVENNA 10-8, HART 0-0 – The Bulldogs were led in Game 1 by pitcher Brendan Redding who had 11 strikeouts and also had two hits and two RBI at the plate. Kevin Ritz and Cam Passenier had two hits apiece for Ravenna. Tim Linck posted the win in Game 2 with four shutout innings pitched. Redding had three hits and two RBI while Jared Broton had a double and Linck had a bunt single for Ravenna.

OAKRIDGE 13-21, MASON COUNTY CENTRAL 3-3 – TJ Ruel pitched the win in Game 1 as Koleman Wall had three hits including a double and triple with three RBI. Luke Layman had three hits and two RBI while Hunter Jennings had two hits for Oakridge. In the nightcap, Wall followed through at the plate and completed the cycle with a 3-run homer and batted 4-for-4 with five RBI. Wall was also the winning pitcher for Oakridge. Jennings, Jalen Hughes and Dylan Coffman each had two hits for the Eagles.

SHELBY 6-5, LUDINGTON 4-9 – Pitcher Cody Devries delivered Shelby to the win in Game 1, giving up four hits in the first game of the season for both teams. Matt Felt collected the save for the Tigers. Hayden Best had two hits and Felt hit a two-run double. Trevor Latimer led Ludington with two hits. Ludington jumped out to a 4-0 lead in Game 2 and Shelby responded with a five-run fifth inning. Ludington stepped up with five runs in the bottom of the fifth to close out the Tigers. Ashton Cohoon led the Orioles with three hits and Nate Patterson had two hits. Felt paced Shelby with a double and a triple with two RBI and Brent Worth had an RBI double. 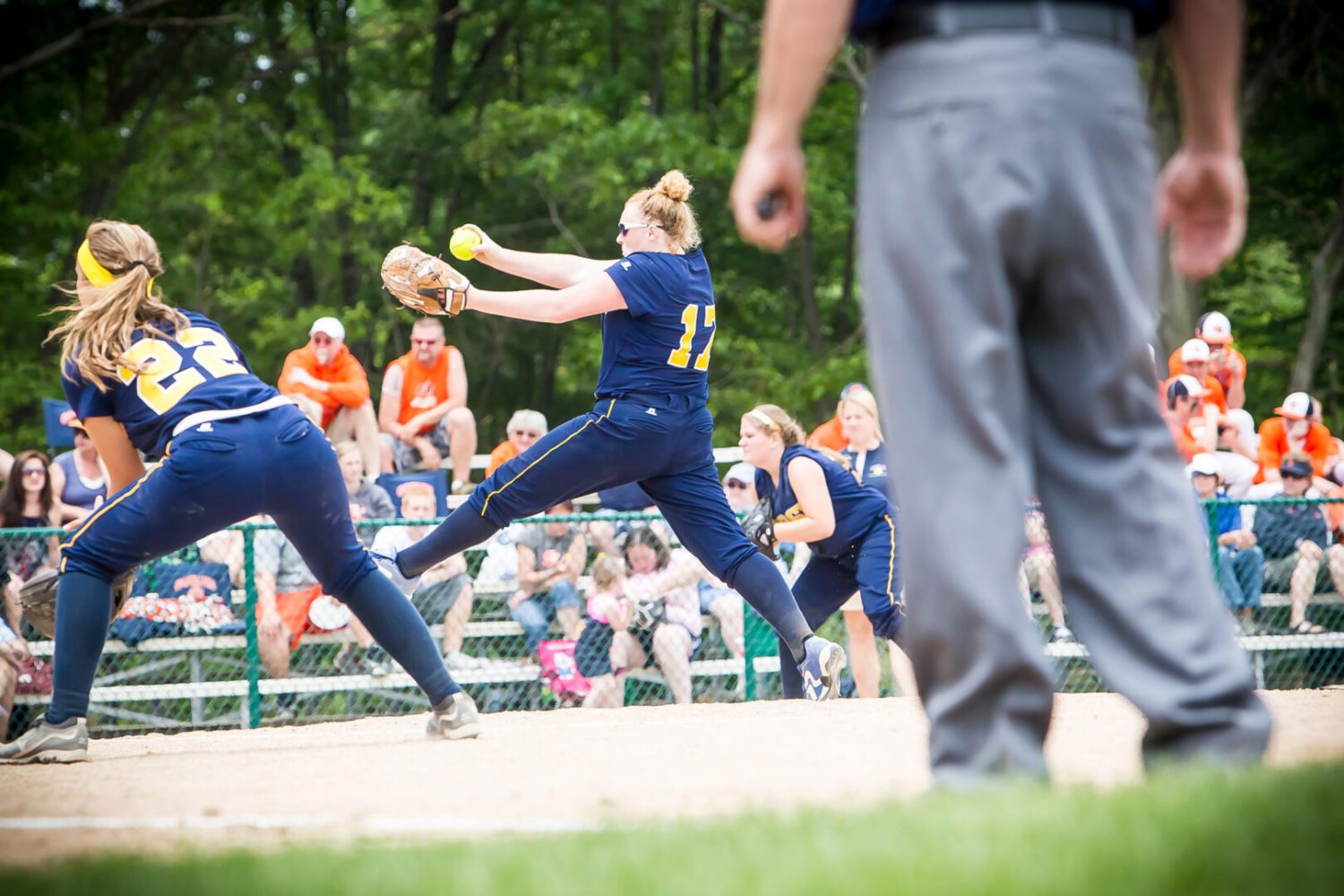