MUSKEGON TOWNSHIP – One way or the other, MaKayla Thompson was going to lead the Reeths-Puffer softball team to the Greater Muskegon Athletic Association Tier 1 City Tournament title on Saturday.

And as it turned out, she did it both ways, with her arm and her bat.

The junior lefty allowed only four hits while striking out nine, and added three hits of her own with an RBI, as the Rockets defeated Mona Shores 5-1 in the championship game on their own field.

“In our minds, all day was about focusing on this,” Rockets coach Trista Stingle said. “They have prom tonight, but we said, ‘We’re here and it’s business.’ They can take the city trophy with them to the prom.” 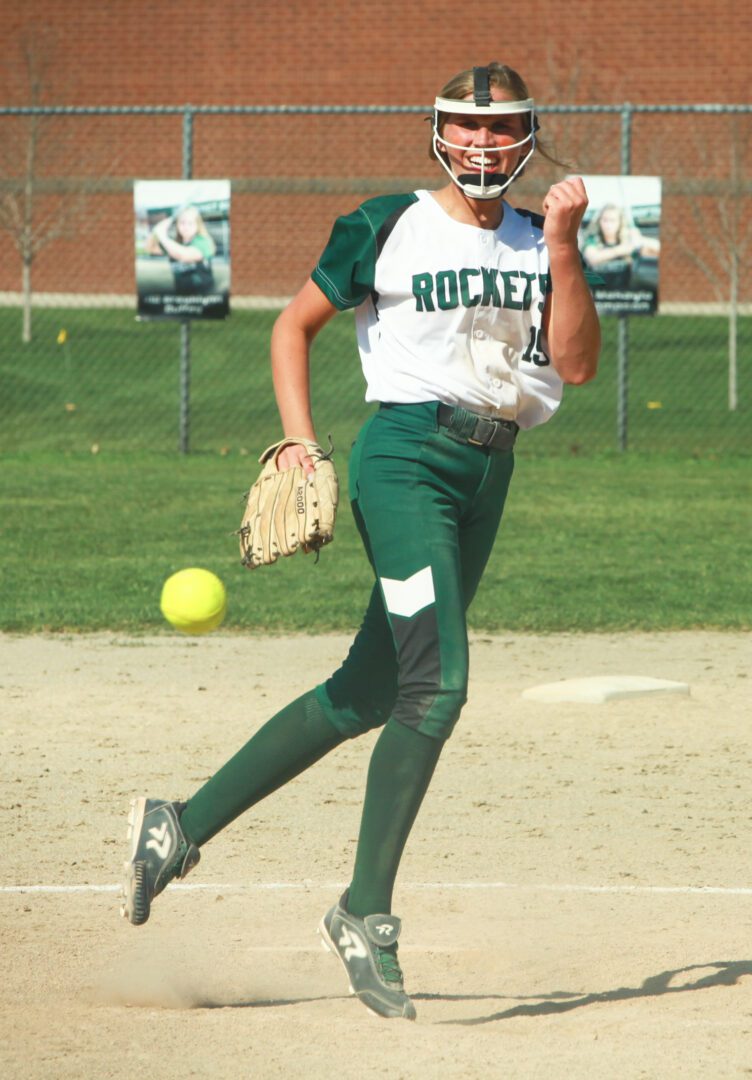 After splitting a doubleheader against each other on Tuesday, Reeths-Puffer and Mona Shores seemed destined to meet again on Saturday. The Rockets defeated Whitehall and Fruitport to reach the championship game, while the Sailors beat Muskegon and Orchard View.

In the finals, the Sailors did the early damage. Veronica Kastelic walked, stole second and scored the game’s first run on a RBI single by Grace Hall in the top of the first inning.

That lead wouldn’t last long as the Rockets rallied with two outs in the bottom of the inning.

Thompson singled, then moved to second base on a wild pitch, setting up Brooklynn Duffey’s bloop RBI single. After a walk to Jayla Olson, Sydney Edwards doubled down the left field line to drive home two runs and give the Rockets a 3-1 lead after one inning.

Thompson’s RBI triple to deep right field in the bottom of the second inning put Puffer up 4-1, and that proved to be more than enough of a lead for Thompson to protect on the mound.

The junior pitcher, who improved to 9-4 after picking up three wins on the day, struck out the side in the top of the third, and only needed four pitches to put the Sailors down in order in the fourth.

“She’s a tough pitcher and really tough to come back on,” Mona Shores coach Jason Crago said. “She was really tremendous, considering she pitched three games today. It’s a testament to what a terrific athlete she is.”

With two outs in the top of the fifth inning, the Sailors looked as if they might close the gap on the Rockets. Ellery Rose and Ryleigh Wehler had back-to-back singles and stolen bases to put runners on second and third.

But Thompson coaxed the next batter into a pop-out to left to end the threat.

“I felt really good (out there),” Thompson said. “We’re really familiar with them and know their hitters, so I just worked the pitches in and out, and up and down. Once we got the lead, I just settled in and pushed it.”

Alaina Boersema drove in the final run of the game with a single to center to score Duffey in the bottom of the fifth.

Thompson finished off the game by striking out five of the final six batters, including all three in the top of the seventh.
Lauryn Patterson went the distance on the mound for Mona Shores. She allowed five runs on seven hits while striking out three.

“She’s a great pitcher and she adjusted to every batter,” Stingle said. “Every pitch with them is a battle, but she did a good job of pitching inside to them.” 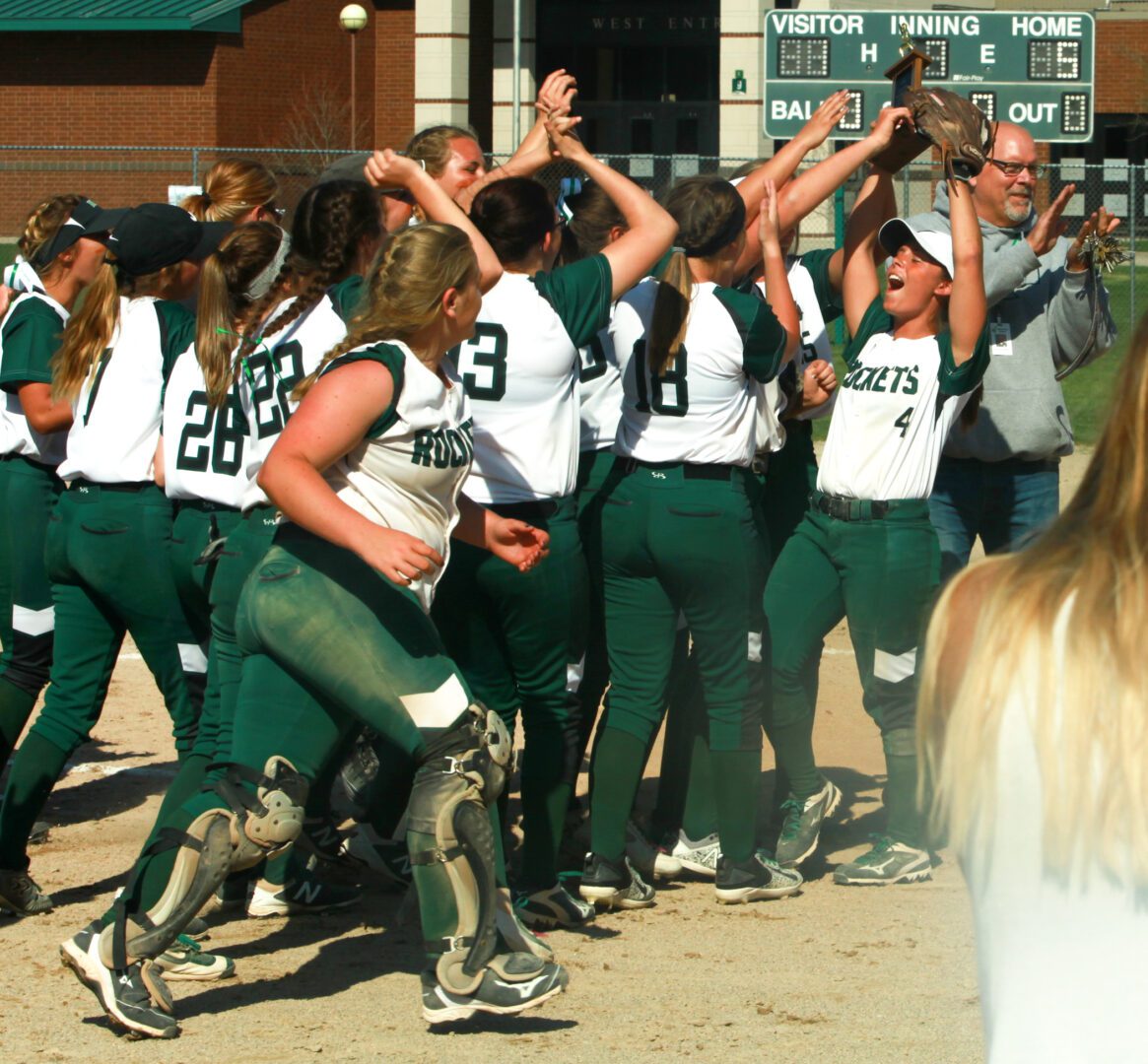 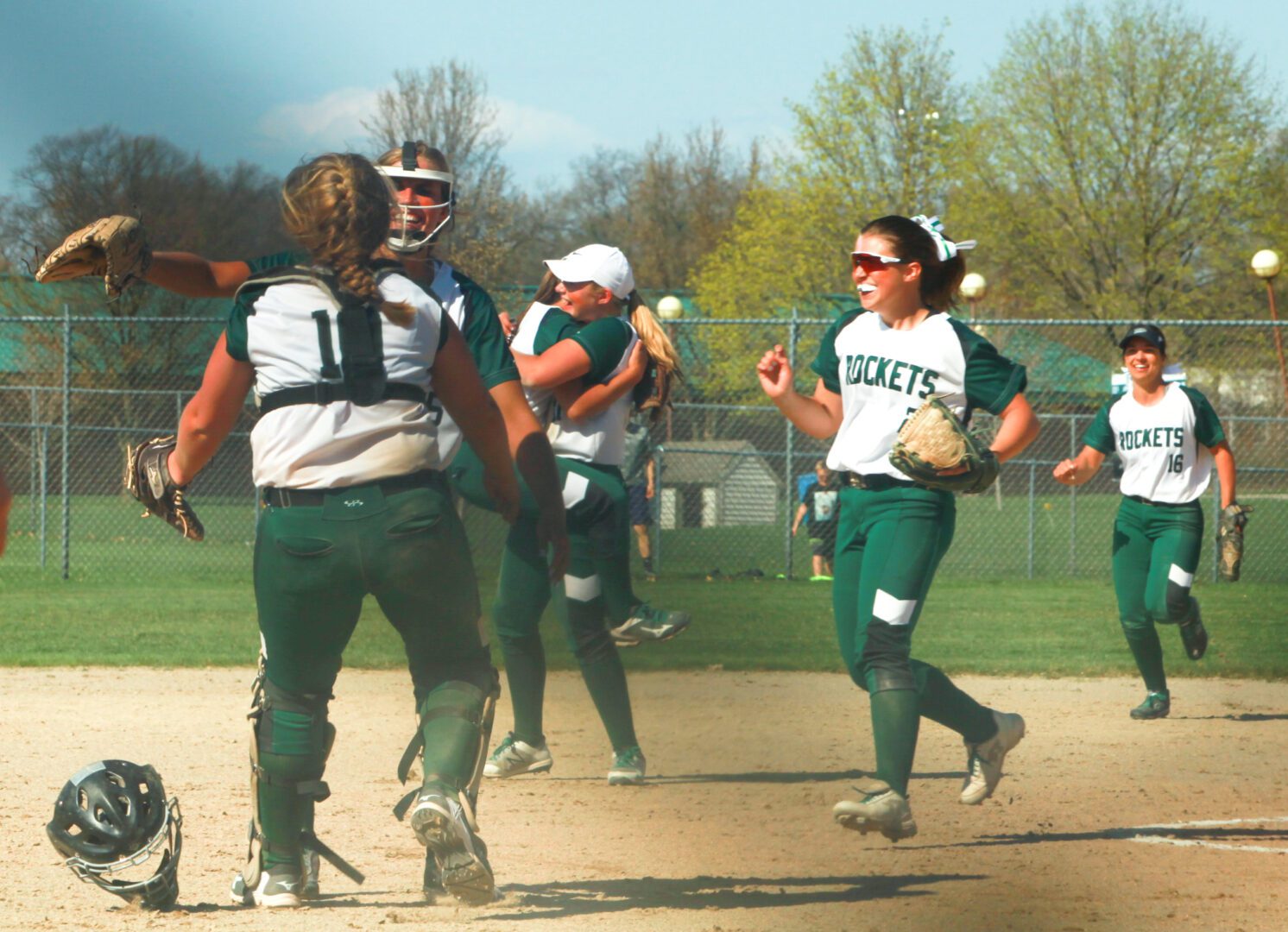 The Reeths-Puffer infield goes off in pandemonium after winning the GMAA city softball title. Photo/Jason Goorman 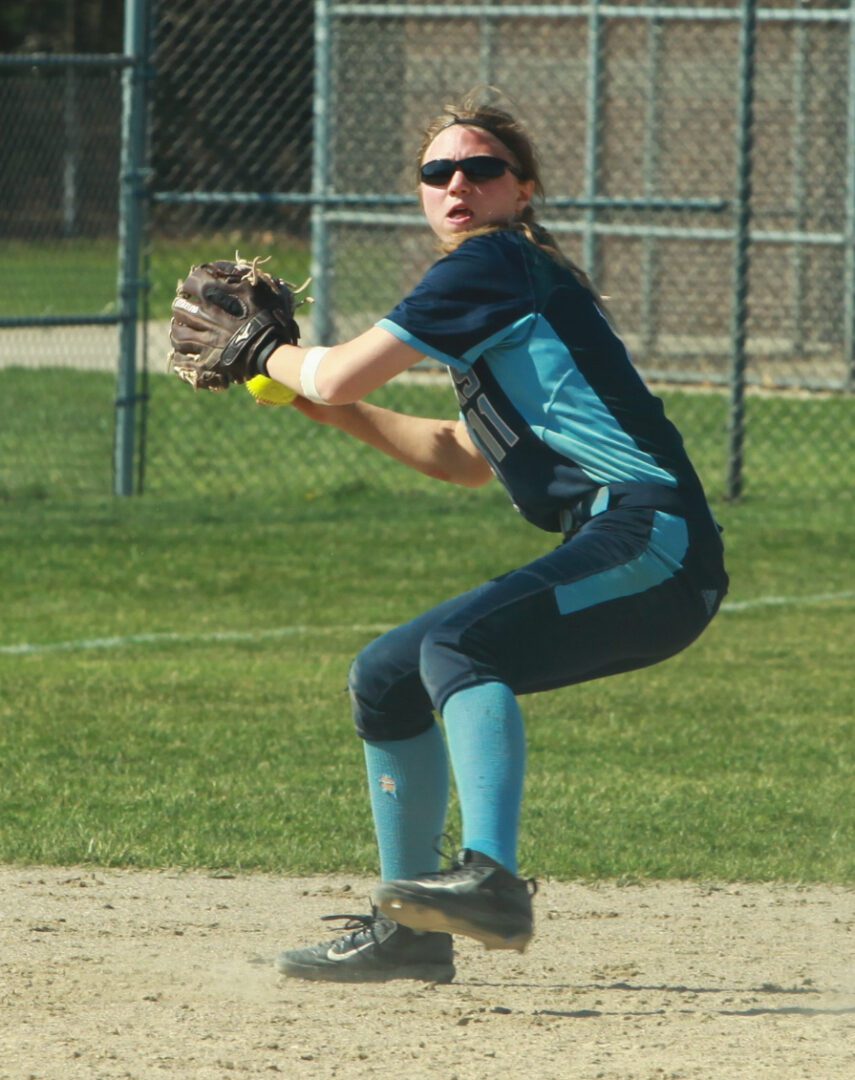 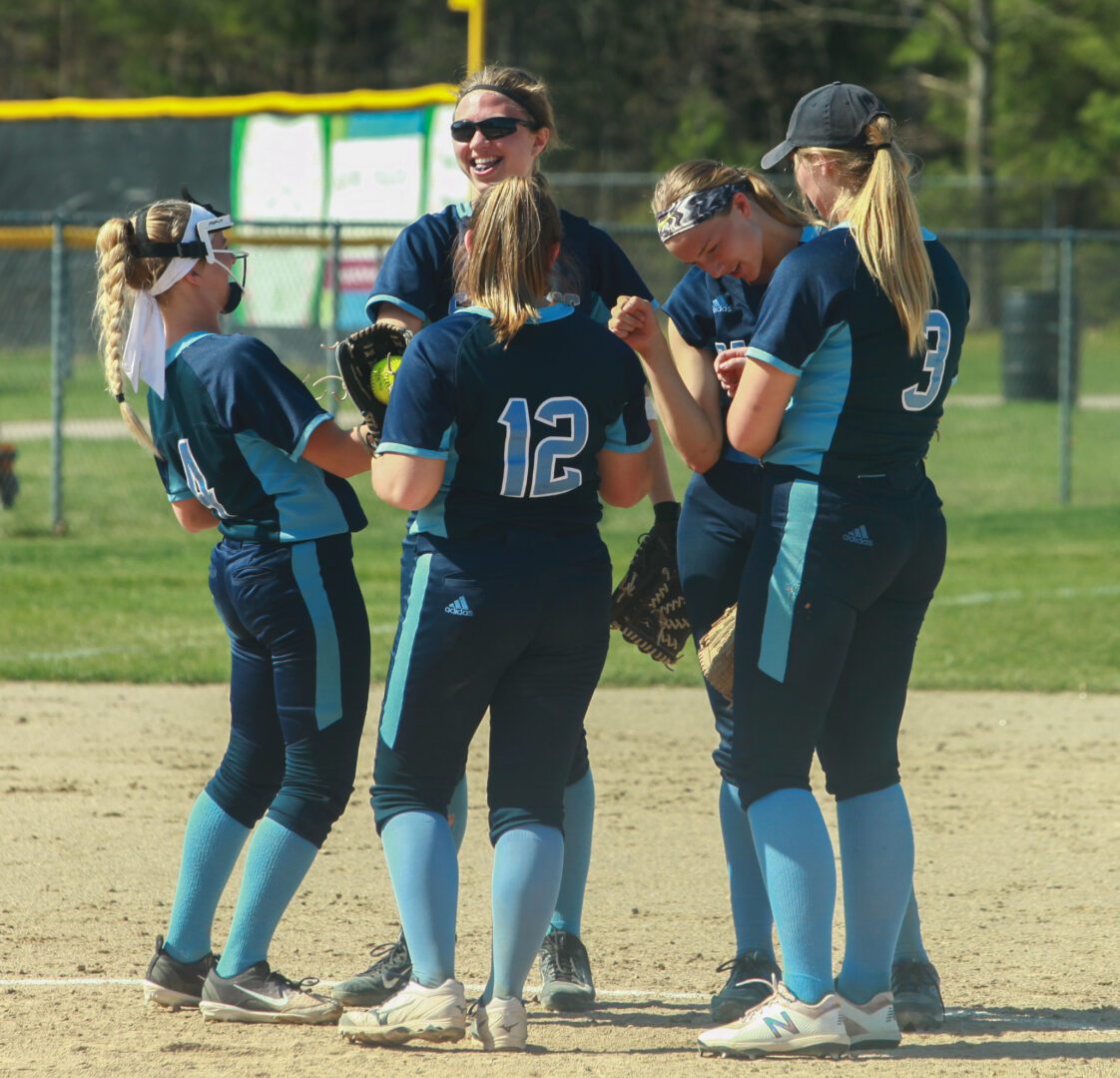 The Mona Shores infield gathers around the mound after making an out. Photo/Jason Goorman 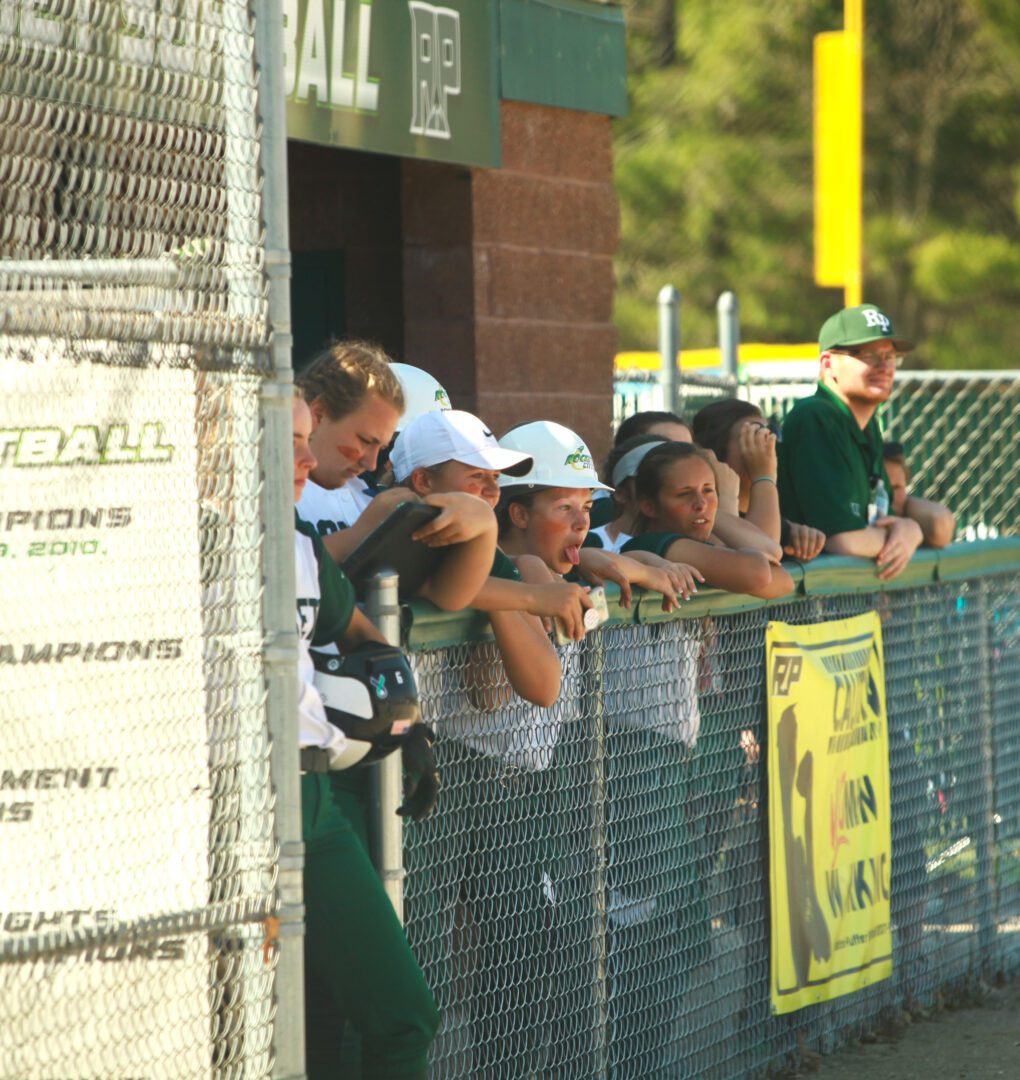 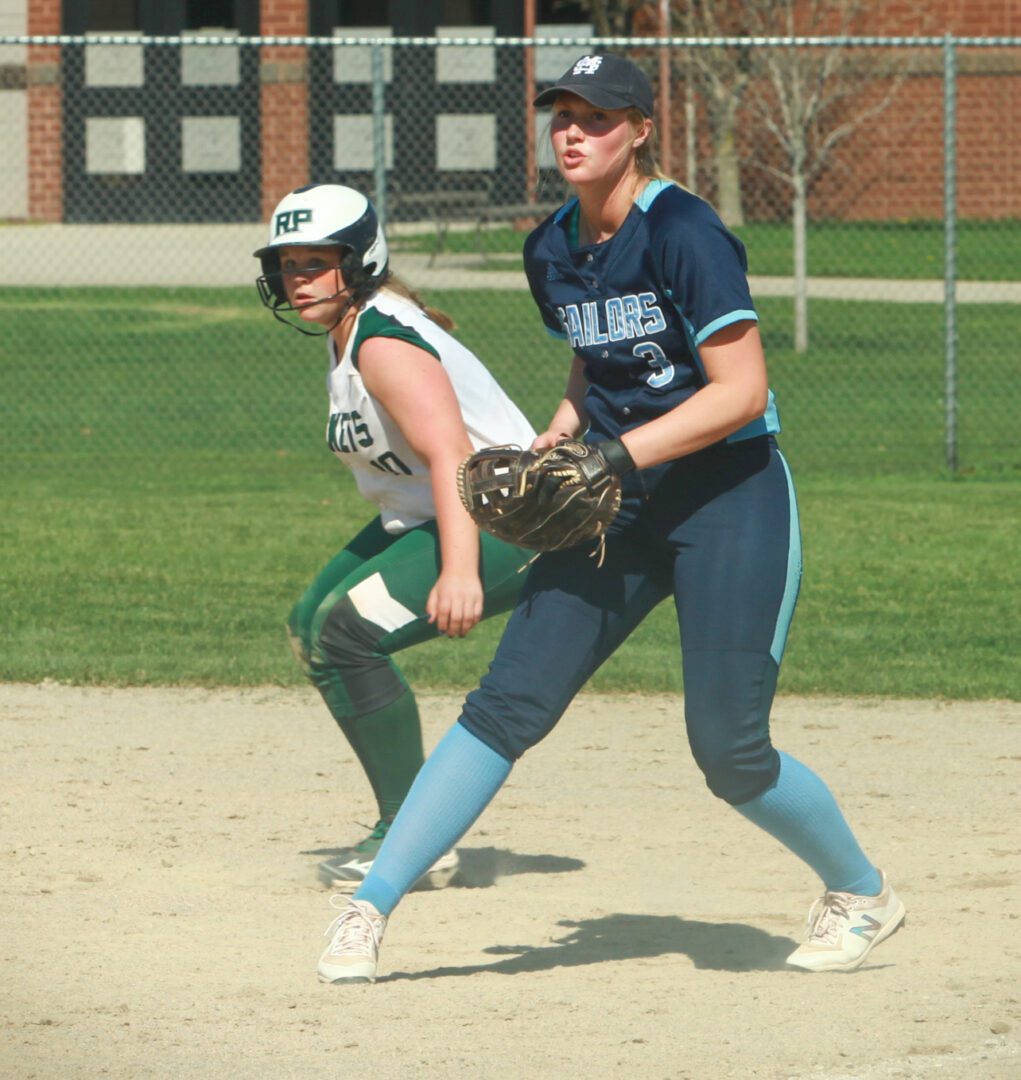 Brooklynn Duffey leans toward second base as Mona Shores’ Taylor Dew steps towards home plate during the pitch. Photo/Jason Goorman 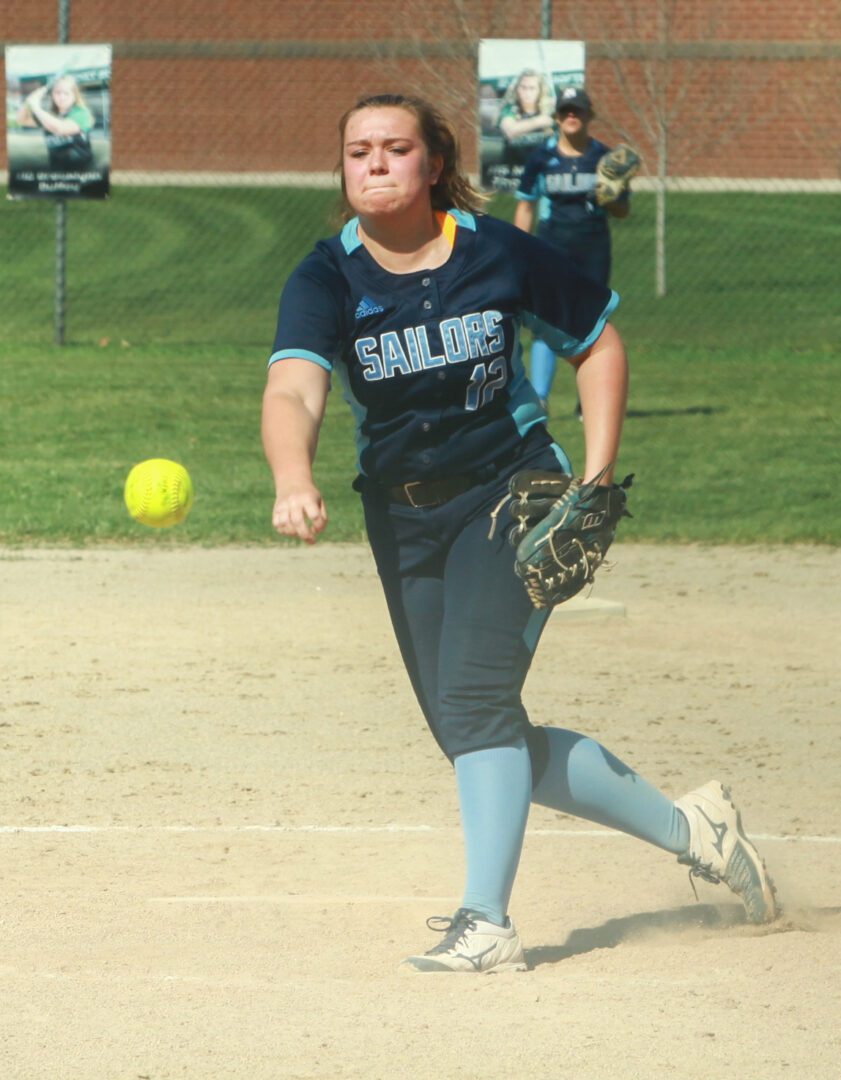 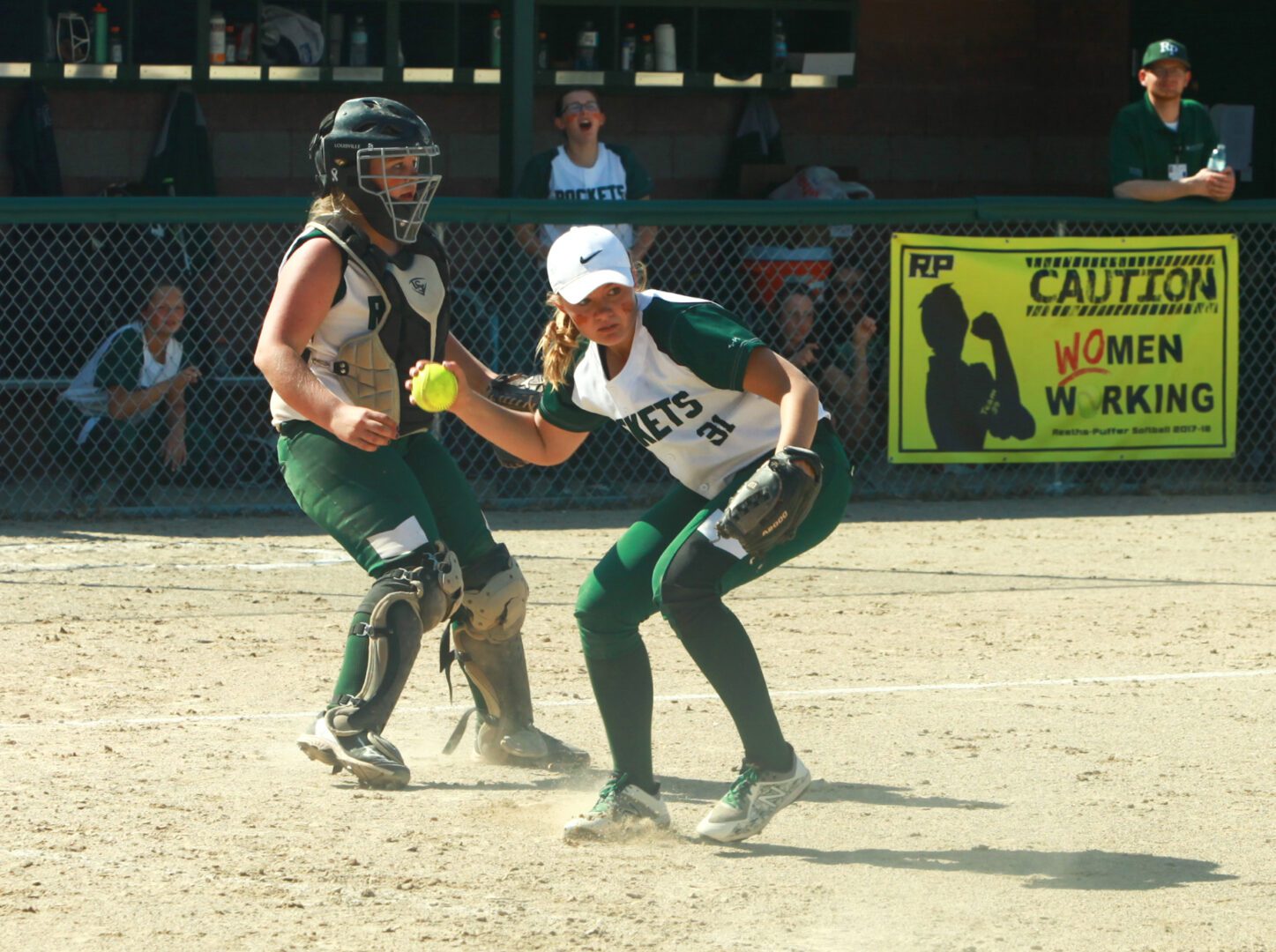 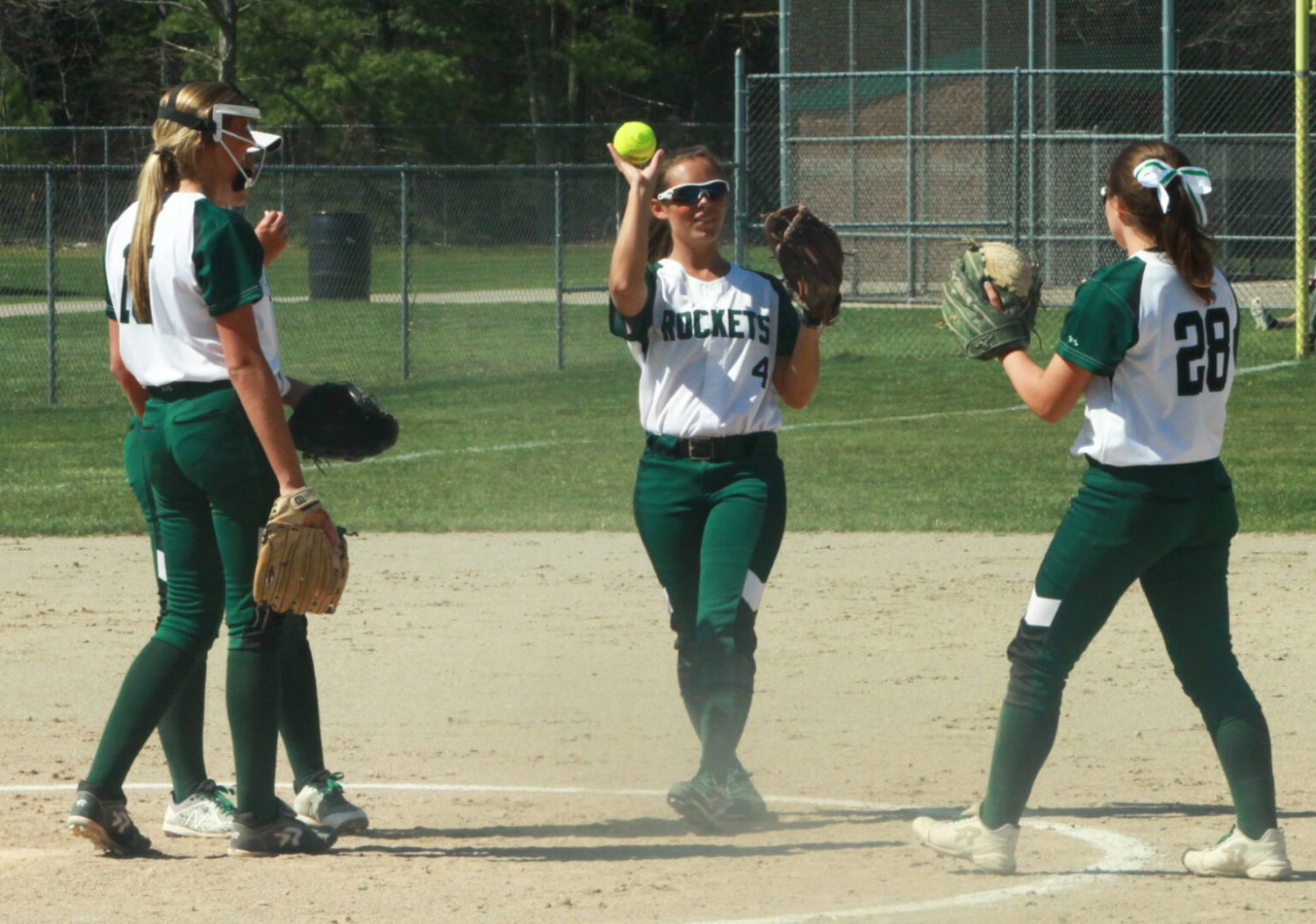 Makenna Johnson throws the ball around the Reeths-Puffer infield after a Thompson strikeout. Photo/Jason Goorman

Mason County Central wakes up after halftime to secure a victory