Saturday with a 3-0 loss to Tri-County in the Division 3 district finals at Whitehall.

While most teams would be disappointed with the result, Whitehall coach Dan Nichols doesn’t feel his squad has anything to be disappointed about, because the Vikings made the most of a season of limited expectations.

“I never expected to be here with this group, and this group didn’t expect this either,” Nichols said. “But as the season went on, they started to believe in themselves and looked really good.” 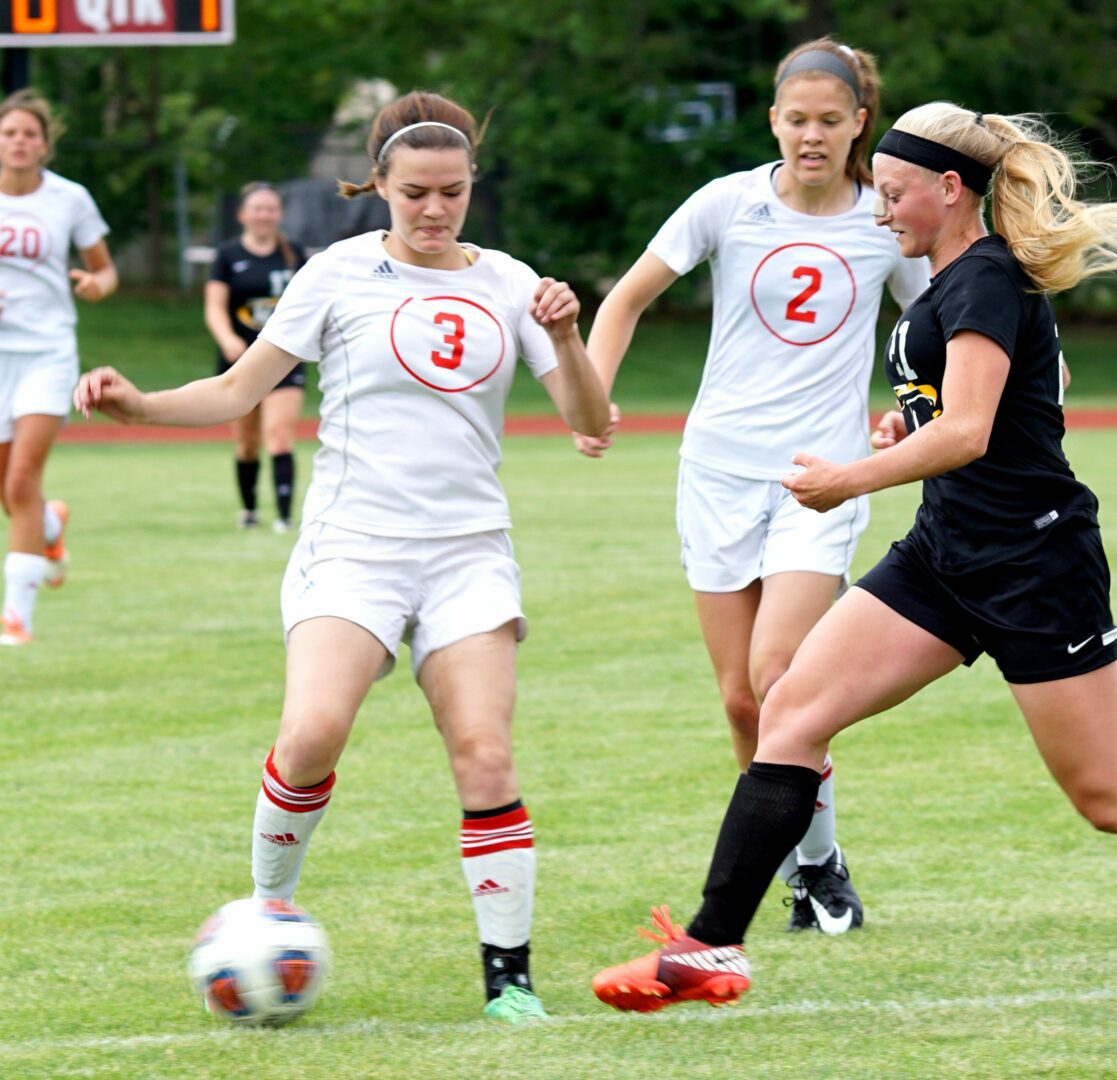 Whitehall’s No. 3 Alex Fleenr and No. 2 Rileigh Thommen look to defend. Photo/Leo Valdez

The two teams appeared to be evenly matched early Saturday, with the neither scoring in the first half. Whitehall led in shots 4-3.

But the second half was a different story as Tri-County broke out to score three unanswered goals.

Grace Miller scored first for Tri-County when she corralled a loose ball at the top of the goal box and found the back of the net with 24:13 remaining in the game.

With five minutes remaining, Miller riffled a shot off the goal post that rebounded to Aubrey Hearth, who put in the back of the net, giving Tri County a 2-0 lead.

Miller scored the final goal of the game with 1:45 remaining, sealing the district championship and finishing off Whitehall’s season.

“I think we started to believe,” said Tri-County head coach Vic Matulis said about his team’s improvement in the second half. “We kept hammering at our game and we’re powerful in the middle.”

Whitehall finished with seven shots on goal, but every time the Vikings had a scoring chance, the Tri- County defense warded off the threat.

“They had a very simple game plan,” said Nichols about what Tri County did in the defensive end. “For some reason we just weren’t able to beat it. They left a sweeper back and all they did was kick and chase all day.

“On defense we didn’t give them a lot of space, they just made good shots. We pressed every touch and did what we needed to do, but it wasn’t enough.” 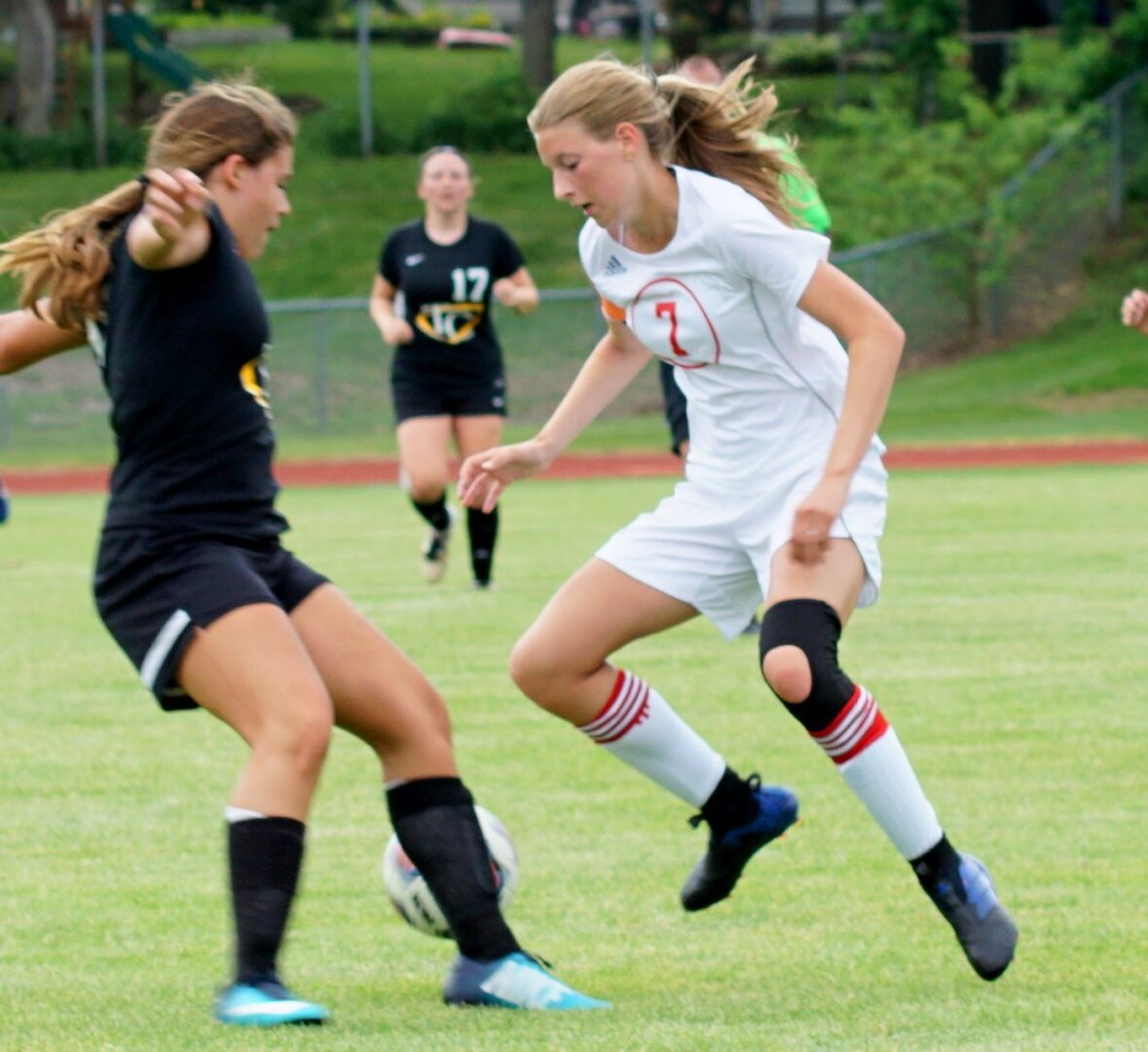 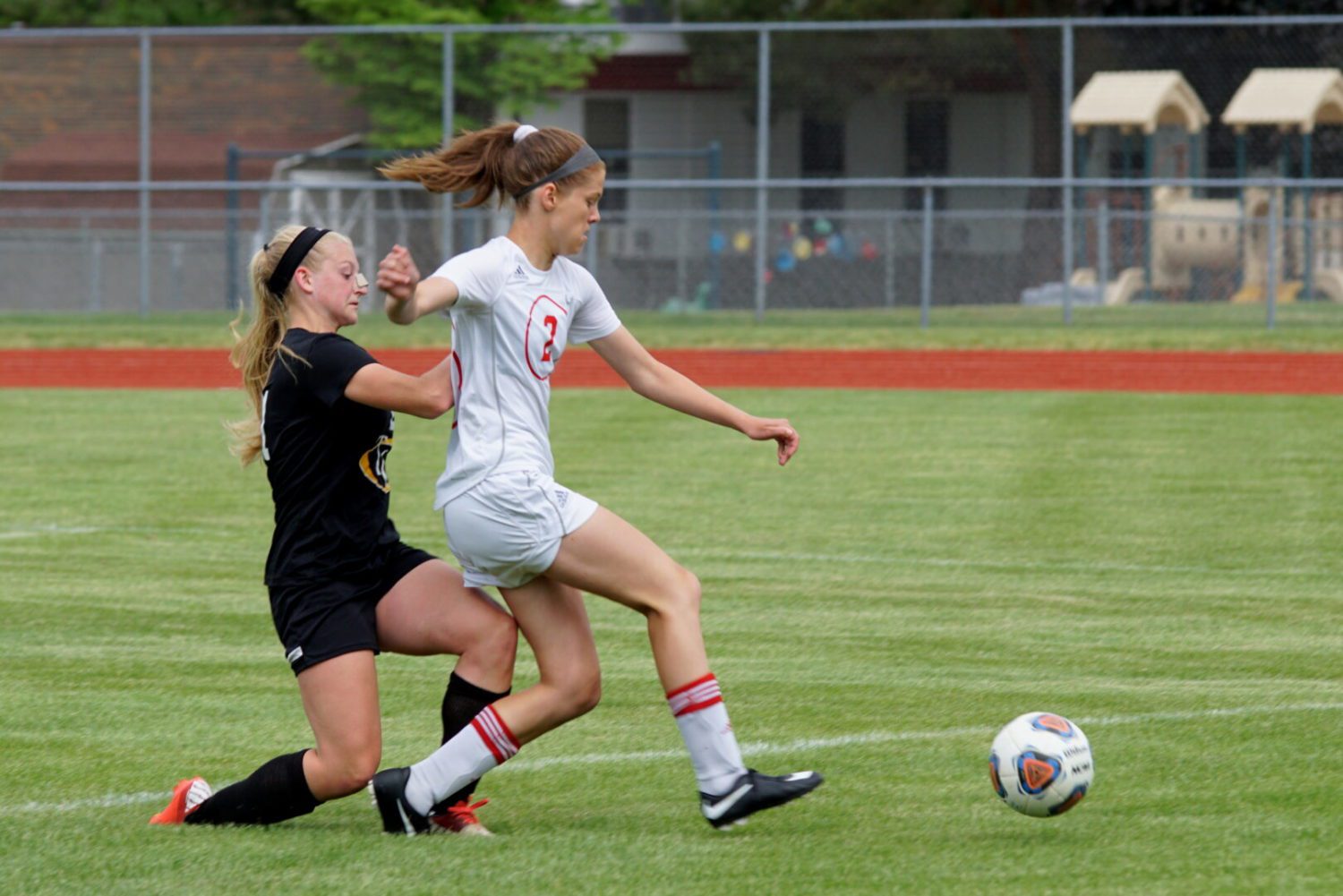