I started out this fall by talking a big game.

Did I really think I’d back it up the way I have? No, I did not.

I’m like anyone else, I like to see competitive balance. Yet through five weeks, I’ve been resembling Alabama in this picks contest, while my LSJ counterparts are pulling a Rutgers, or maybe Nebraska last week in the Big House.

In other words, step it up fellas!

With three victories under my belt and a perfect 16-0 record last week, I’m quickly running out of insults and comedic material in these weekly roundups. I’ll gladly take a second- or third-place finish to give someone else their moment in the sun. 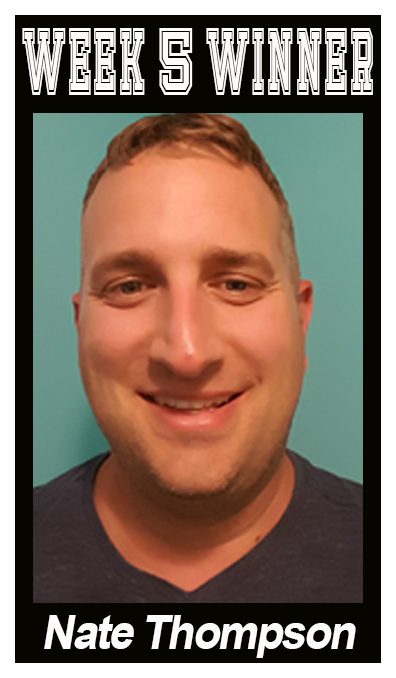 Still, we all know that I’ll be in first after Week 9. Because as the great American philosopher Ricky Bobby once said, “If you’re not first, you’re last!”

I will however give a little credit to my very weak counterparts of Dave Tomczak, Andrew Johnson, Dave Hart and Mitch Boatman. Good job kids, you were 15-1 last week. Keep trying your hardest! However I have a message for LSJ Editor Steven Gunn and Publisher Jason Everette Goorman: Stop watching TV with the stereo on while making your football picks. You boys really need to focus.

So while I’m hoping for some more competition in the picks, I’m also hoping for more competitive games from our area high school programs. It seems like there’s been a lot of lopsided games this season, and I can attest I’ve already covered three games with running clocks. Although it makes for a quick night, I’d much rather write about a game that went down to the wire.

I think I’ll see one in Ravenna, where the Bulldogs and visiting Whitehall Vikings are licking their wounds after losing big last Friday to Oakridge and Montague, respectively. I like the Vikings to keep their playoff hopes alive with a key road victory.

I’m also intrigued by Lakeview at Holton. The Red Devils are off to their best start since Shane Fairfield roamed the sidelines as their head coach back in 2007.  But Lakeview has had recent success reaching the playoffs and I think they’ll pull out a tight win.

The Muskegon Big Reds are in the heart of their O-K Black conquest. So far, we have yet to see a challenger. But this week Jenison marches into Hackley Stadium with some wind at its back after an impressive Week-5 win over Hudsonville.

Can the Wildcats upset the No. 1 ranked Big Reds? While they do have a new coach in Rob Zeitman, who is a Tony Annese product, don’t think too deep on this one. Muskegon is a beast which every team has their date of fate with. Maybe a first half challenge on this one, but Muskegon will roll.

Lastly, how about the great story continuing at Spring Lake? The Lakers haven’t enjoyed this much success since Robbie Aurich was blowing through the line of scrimmage as a do-it-all running back in 2005. They’ll travel to Grand Rapids West Catholic, which has created a Division 5 championship dynasty. It might be a reach, but I’m going with the Lakers to continue their worst-to-first magic. 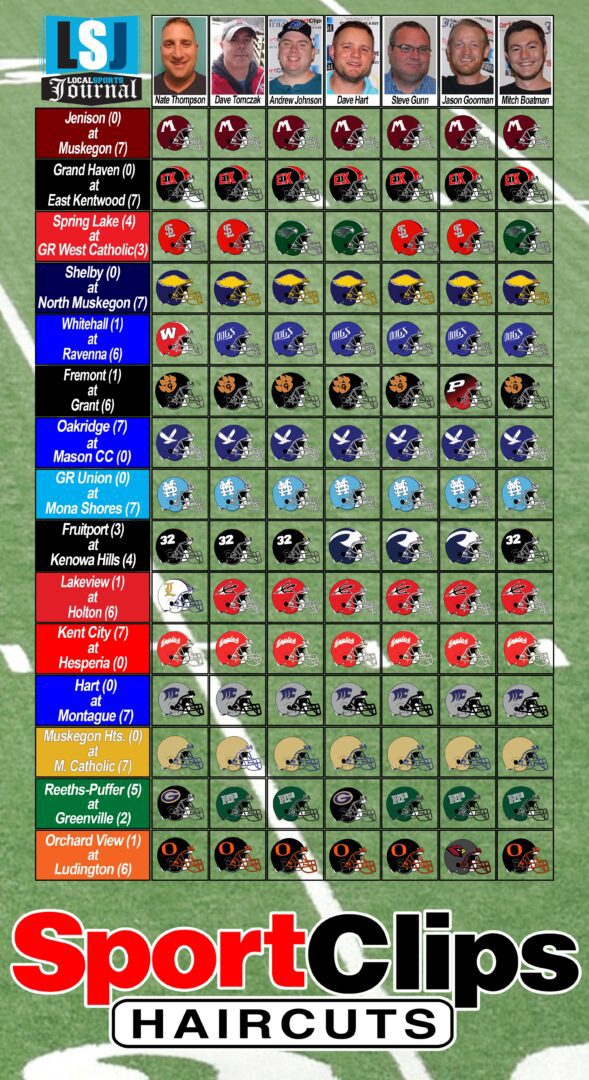