tennis tournament at Reeths-Puffer High School had a sense of familiarity on Saturday afternoon.

Senior Andrew Swirczek of Mona Shores repeated as the No. 1 singles champion, while Whitehall and Mona Shores battled it out for the team title. 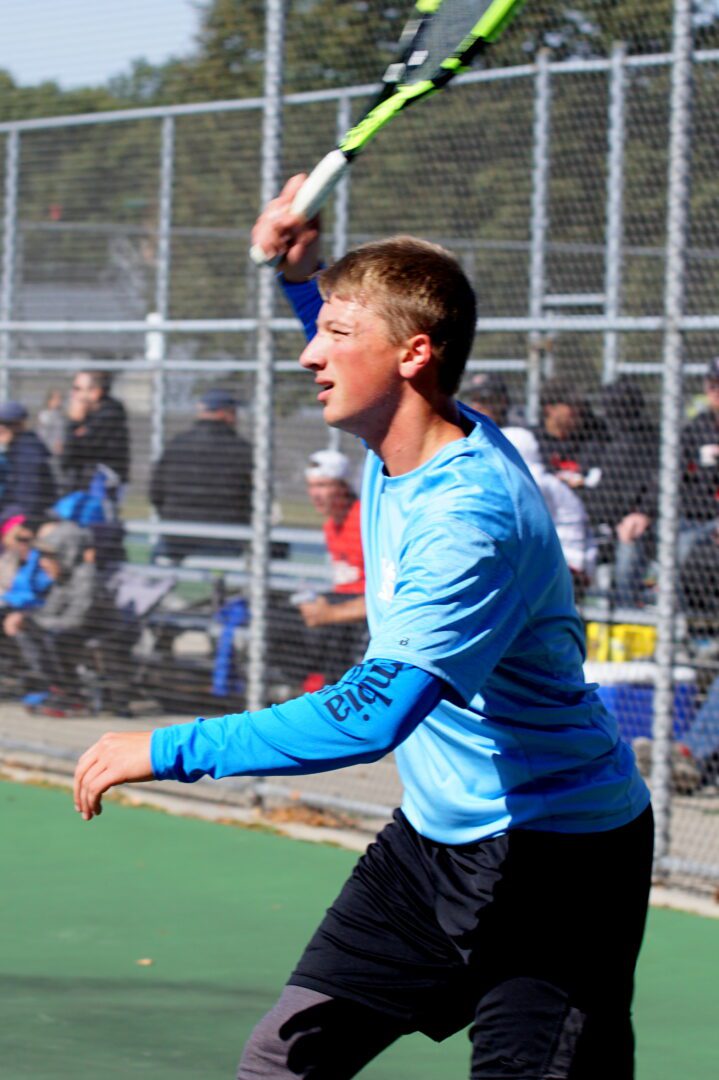 Mona Shores’ Andrew Swirczek follows through after making a shot in his No. 1 singles final match. Photo/Leo Valdez

Whitehall ended up nipping the Sailors, 44-41 in team points.

The competition between Whitehall and Mona Shores was no surprise. The two teams have taken turns winning the title, with Whitehall winning in 2016 and now 2018 while Mona Shores won in 2015 and 2017.

“It seems like it always comes down to the finals,” said McManus about the rivalry between his team and Mona Shores. “It comes down to nerves and close matches that could go either way. Today they went our way for the most part. But it always seems to come down to a point or two.”

Swirczek made easy work of the No. 1 singles finals, defeating Jackson Van Bergen of Whitehall in straight sets, 6-0 and 6-2.

It looked like Swirczek was about to completely shut out Van Bergen, taking a 5-0 lead in the second set after sweeping the first, before Van Bergen fought back to win two games.

However, Swirczek responded with a strong serve to finish out the match and clinch his second straight title.

“It feels good,” said Swirczek about becoming a city champion for the third time in his career after winning No. 4 singles as a freshman and No. 1 singles as a junior. “It’s nice to come out here and feel like you’ve done something.”

One thing that stuck out during Swirczek’s match is that he often yelled encouragement to teammate Ezekiel Powell, who was playing on the court beside him. 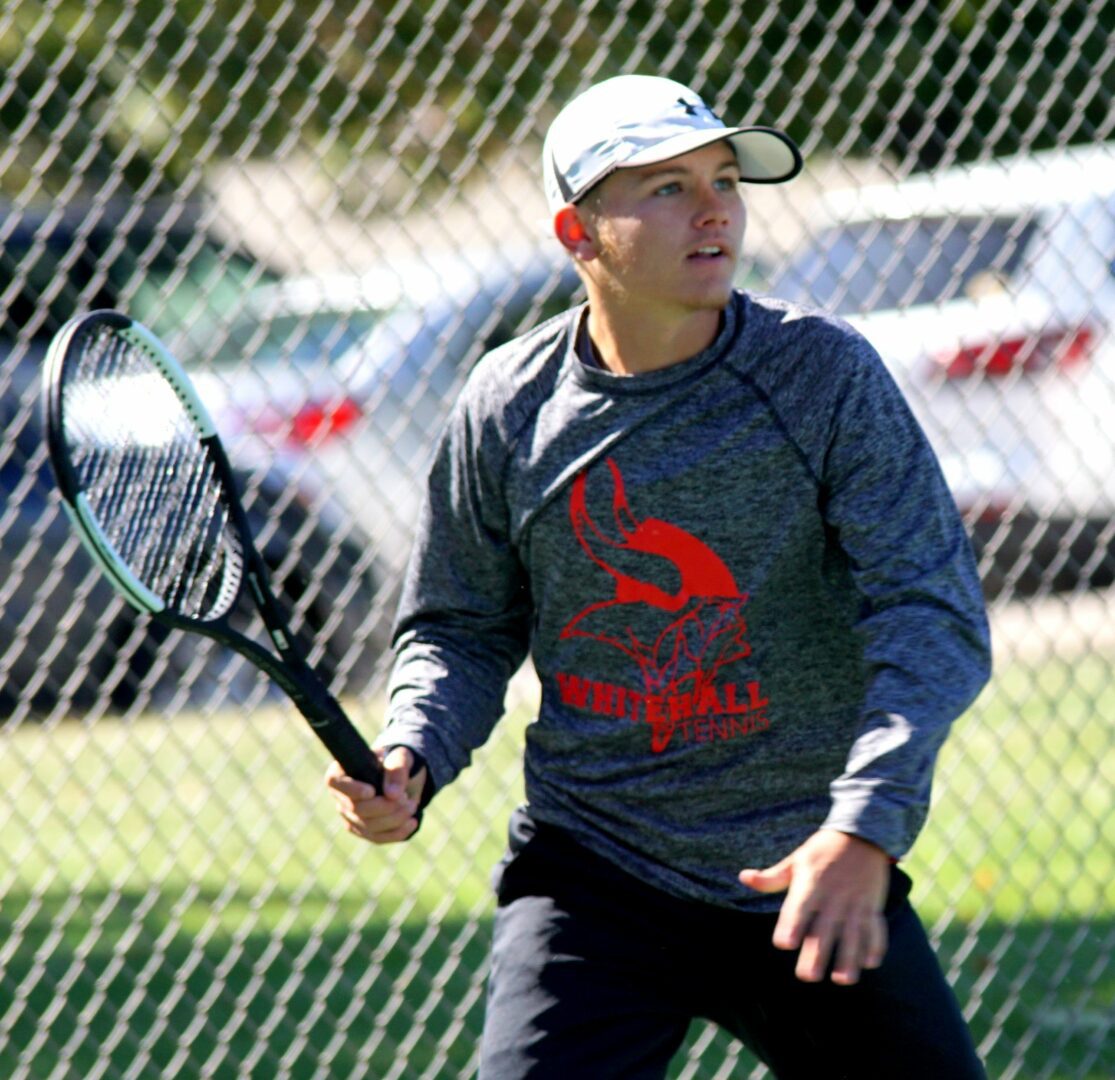 Swirczek wasn’t the only Mona Shores individual city champion. He e was joined by teammates Kayden Hellman (No. 4 singles), Max Spagnuoulo and Brady Whalen (No. 3 doubles).

But Whitehall did even better, winning five flight championships and claiming the team title.

“We haven’t had the full team together,” said Whitehall coach Greg McManus, who said his squad has been battling injuries this fall. “But the last couple of weekends you could see we were getting better. I just wanted the guys to get an experience of a big tournament, and they did that today.”